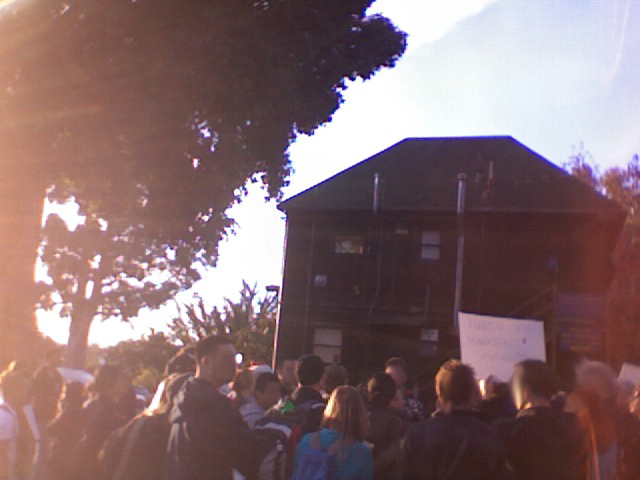 Zach was arrested, spent days at Santa Rita in isolation, and posted $13,000 in NON-REFUNDABLE bond before the district attorney determined that charges would not be filed for LACK OF EVIDENCE.

Now the administration is trying to add insult to injury by stacking disciplinary charges on top of it all!

We will not stand for secret hearings and show trials on our campus. Where's the evidence? If there's insufficient evidence to charge him with even a misdemeanor in a court of law, why is he being scapegoated by the administration?

Hands off innocent students and workers!