Add an Event
Newswire
Calendar
Features
Home
Donate
From the Open-Publishing Calendar
From the Open-Publishing Newswire
Indybay Feature
Publish to Newswire
Add an Event
Related Categories: East Bay | Education & Student Activism
First Night of Live Week, Victory at Wheeler Hall, UC Berkeley, 12/7/09: photos
by dave id
Tuesday Dec 8th, 2009 5:18 PM
Wheeler Hall at UC Berkeley has been reclaimed for "Live Week" as a public space for use as a 24-hour university open to everyone, students and non-students alike. The reclamation continues throughout the week and supporters are encouraged to come and participate at all hours of the day. 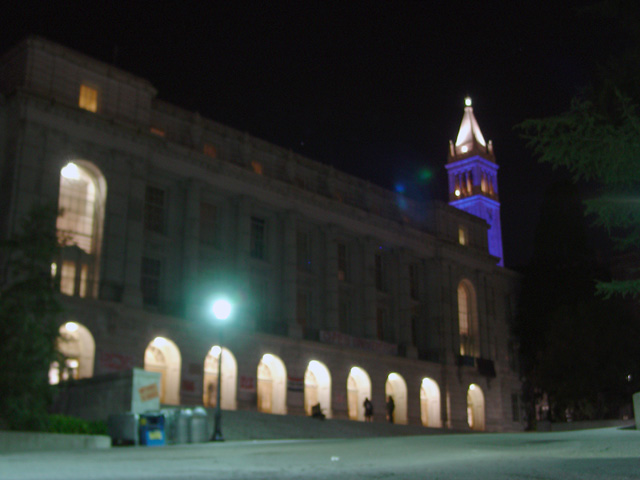 On opening night, police first said they would close Wheeler Hall at 7:30pm. Those inside remained. Bob Meister, Professor of Social Sciences and Political Thought at UCSC, was able to give his scheduled talk in the evening. Other UCPD deadlines, including the last one of 11pm for building closure, came and went with the majority of those in the building remaining. Occupants danced to music, watched movies, studied, cleaned the hall, and discussed and planned their next steps.

Police locked the doors after 10pm, but those inside continued to open the doors from the inside allowing anyone who wanted to enter the building. Eventually, police gave in and participants were allowed to come and go as they pleased, with many in sleeping bags sleeping throughout the building while others maintained a night watch. 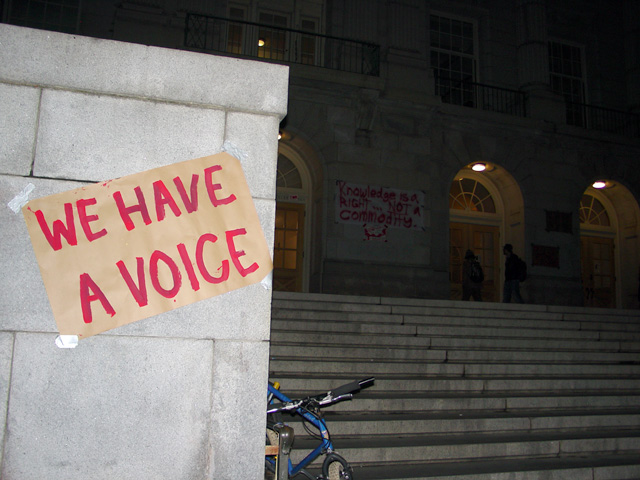 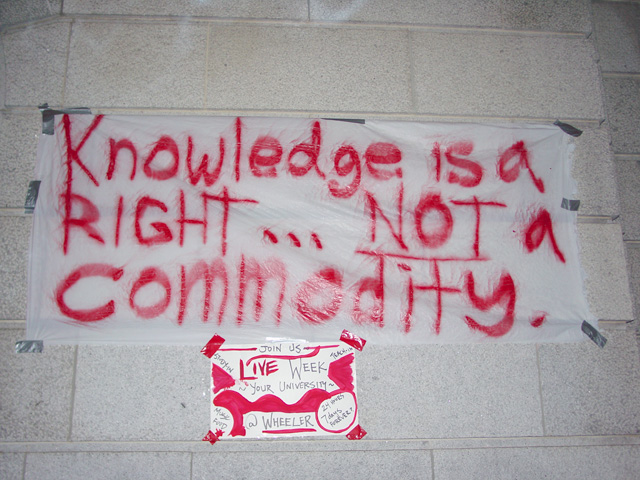 §Occupants discuss what to do about "serious this time" 11pm deadline from UCPD
by dave id Tuesday Dec 8th, 2009 5:18 PM 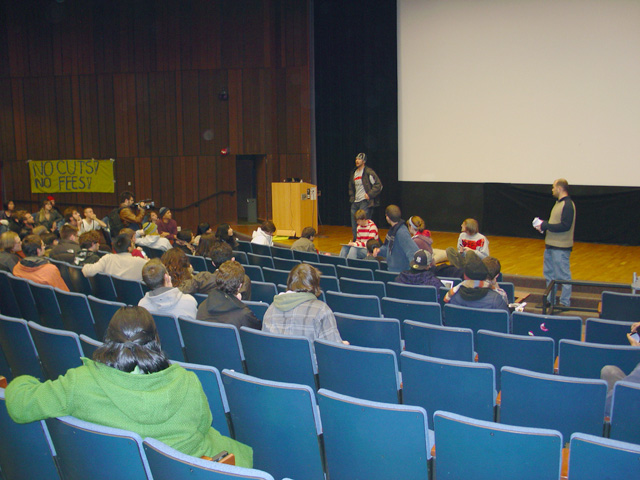 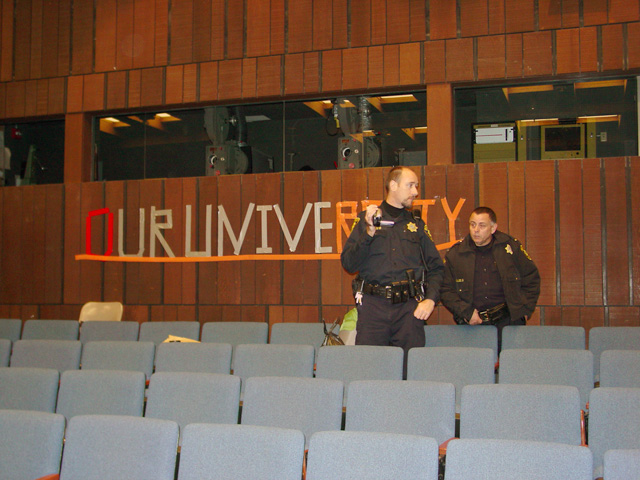 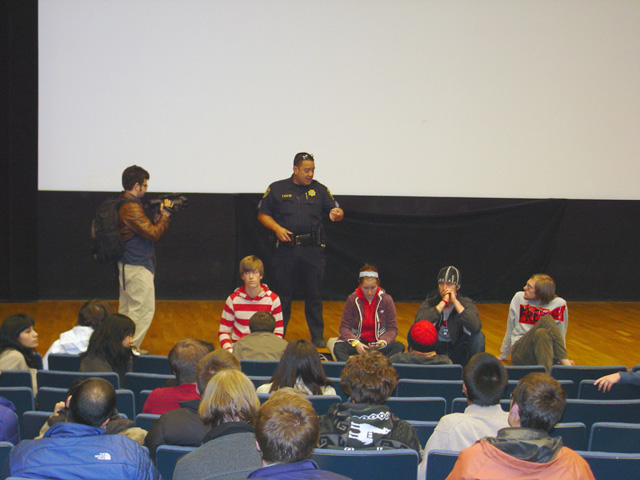 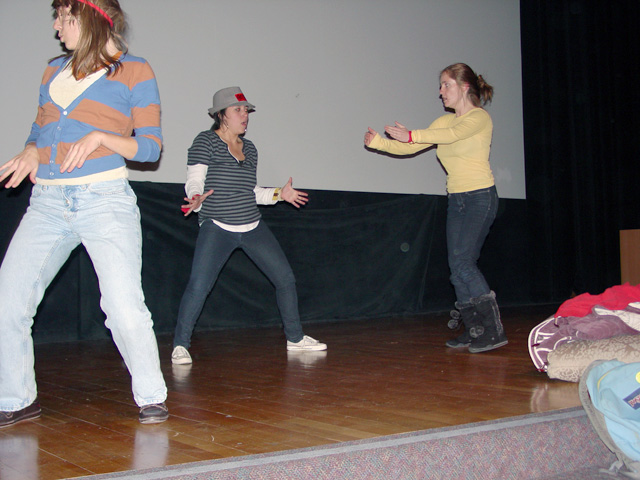 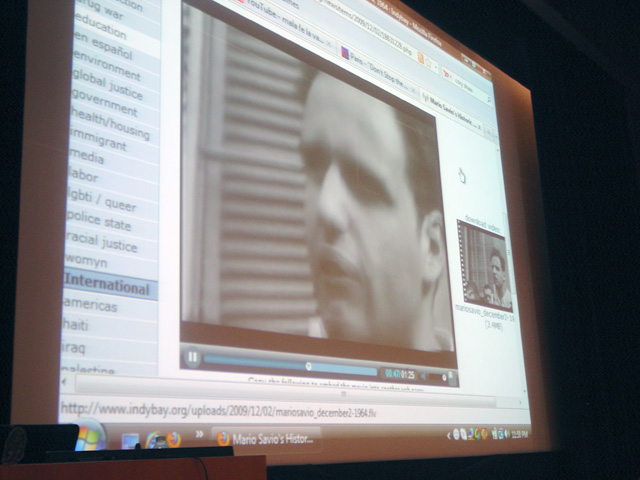 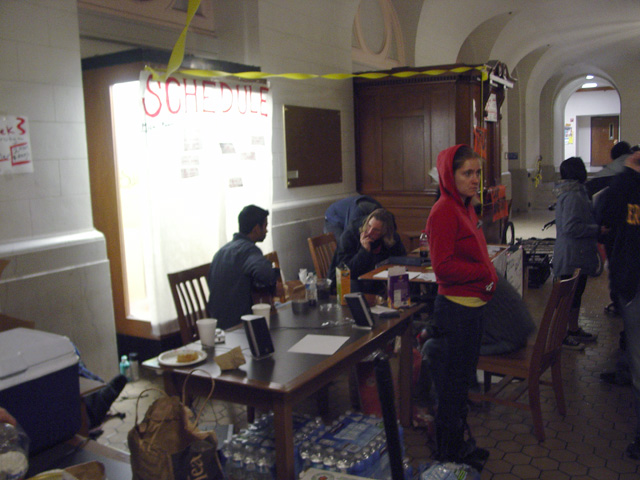 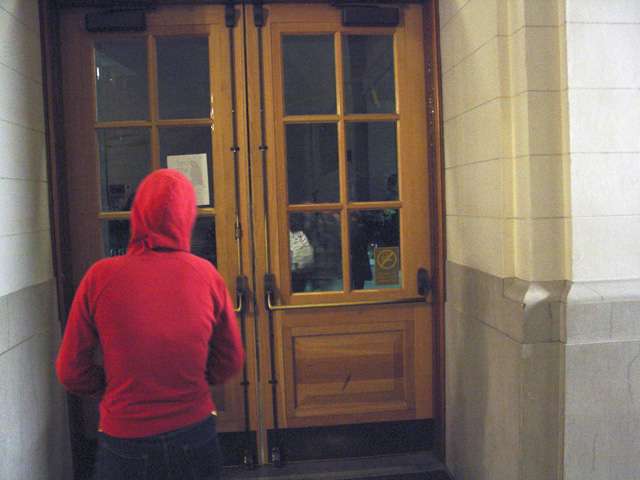 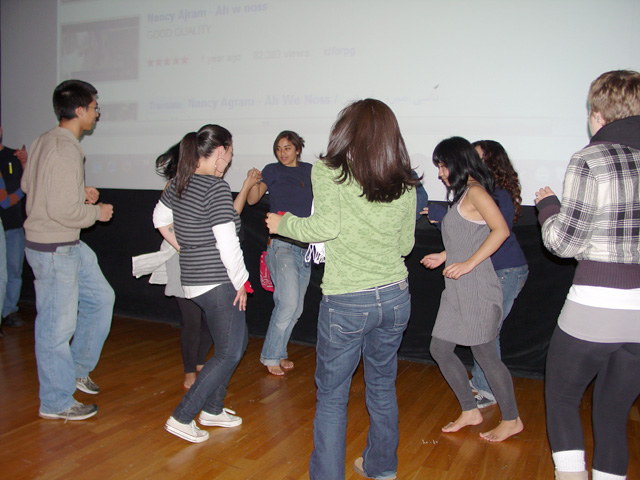 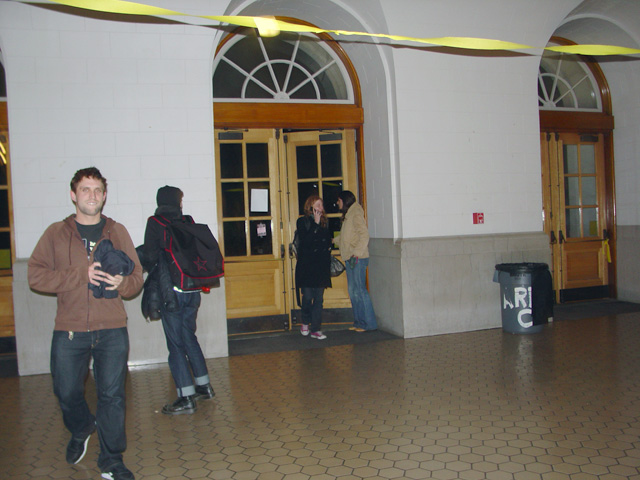 Some on the inside run out for needed supplies to stay all night.
§Victory set as doors wide open for first night of Live Week
by dave id Tuesday Dec 8th, 2009 5:18 PM 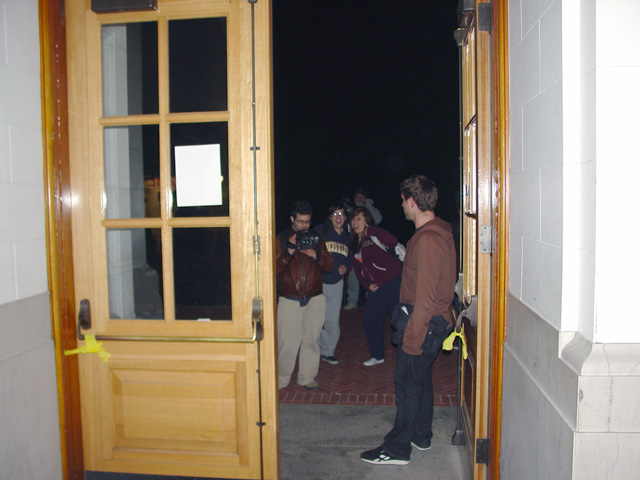 §Sweeping and mopping lobby so things will be tip-top for morning classes at Wheeler
by dave id Tuesday Dec 8th, 2009 5:18 PM 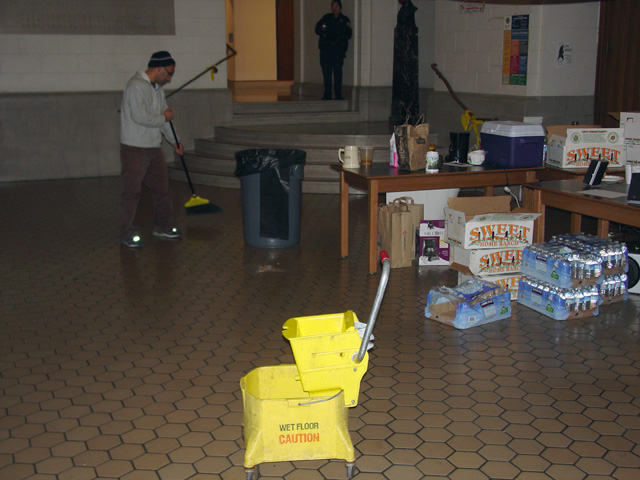 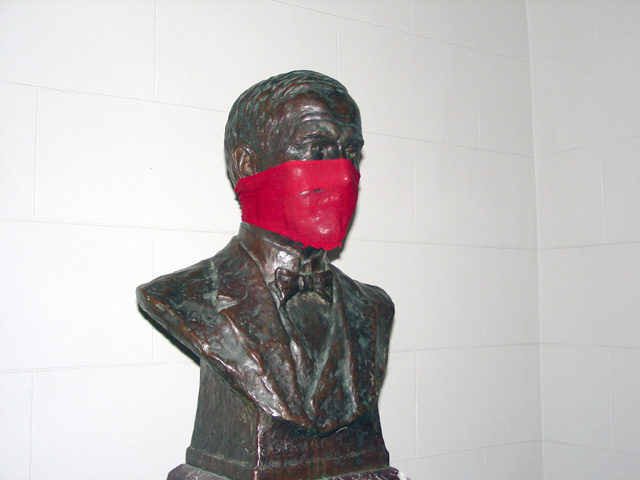 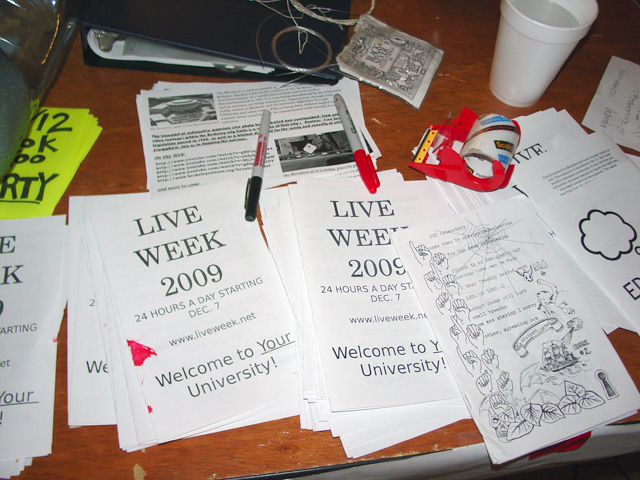 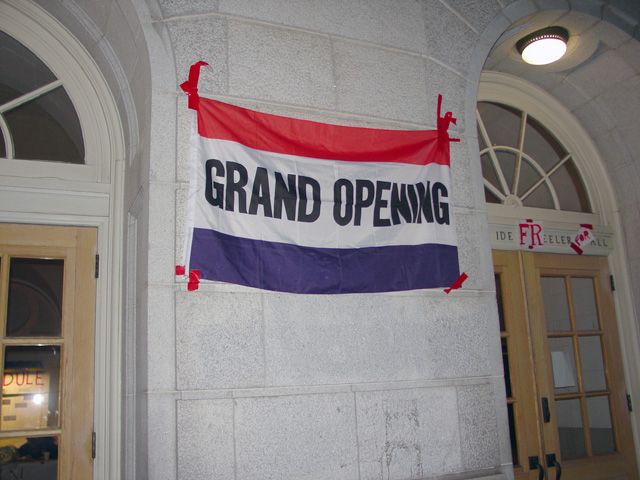 Support will be needed throughout the week. Check it out and participate. Teach. Learn. Dance. Reclaim public spaces. There are no prerequisites, so come on down.
Add Your Comments
Support Independent Media
We are 100% volunteer and depend on your participation to sustain our efforts!