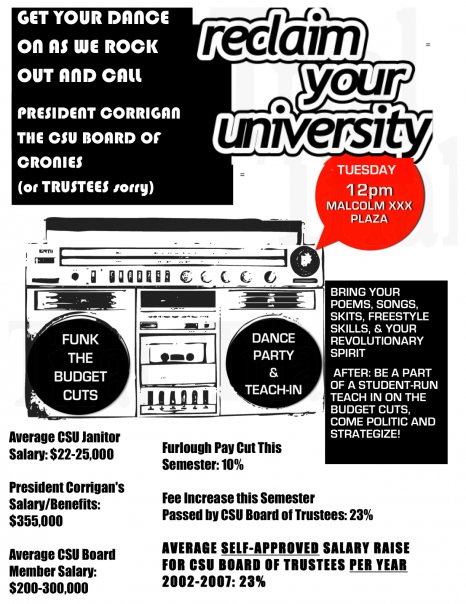 12:00 p.m., Malcolm X Plaza
On Tuesday, December 8th, student organizers are holding a teach-in and dance party on campus as part of a two-day series of actions. This will be an opportunity for students, faculty, and workers to come together and reclaim the space of the university that already belongs to us to dialogue and discuss how we can move forward in the anti-budget cut struggle. Bring your poems, songs, skits, freestyle skills, musical talents, artistic abilities and your political arguments and then dance away with the sounds of rebellion.

Picket at 19th and Holloway, 730 am to 5:30 p.m.
There will be a picket line at the top of campus to send a message to the Administration and to the CSU Board of Trustees that we will not go back to business as usual. We must use our power as students, faculty, and staff to say No More! to the cuts, No! to the layoffs, No! to the furloughs. It will be an all-day event, starting before the first classes and ending before the General Assembly

General Assembly, 5:30 p.m. Malcolm X Plaza
The SF State General Assembly invites all students, faculty, and staff to participate and build for the March 4th statewide strike that has been called for by previous GA's and is being built for by similar united fronts at campuses across California. 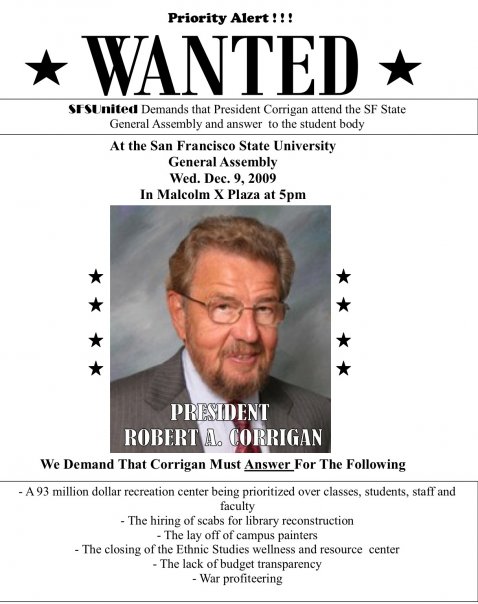 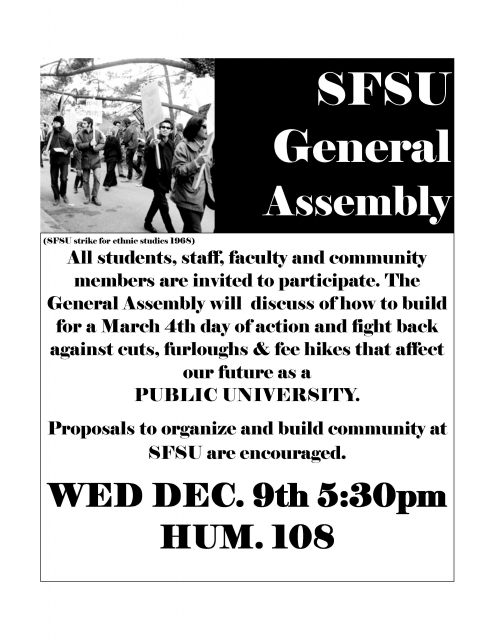 original image (2550x3300)
Add Your Comments
Latest Comments
Listed below are the latest comments about this post.
These comments are submitted anonymously by website visitors.
TITLE
AUTHOR
DATE
Reclaim Our World!
Sandy Sanders
Support Independent Media
We are 100% volunteer and depend on your participation to sustain our efforts!