Add an Event
Newswire
Calendar
Features
Home
Donate
From the Open-Publishing Calendar
From the Open-Publishing Newswire
Indybay Feature
Publish to Newswire
Add an Event
Related Categories: East Bay | Police State & Prisons | Racial Justice
Fred Hampton Jr: You Can Kill a Revolutionary But You Can't Kill the Revolution
by dave id
Thursday Dec 3rd, 2009 11:02 PM
At 4am on December 4th, 1969, the FBI, working with the Chicago police department, assassinated the charismatic and extremely successful Chicago Black Panther Party Deputy Chairman Fred Hampton in his bed as he slept. Along with the murder of Mark Clark in the same apartment that night, the "raid" was one in a long line of illegal actions taken by the FBI as part of its COINTELPRO war against the social justice and anti-war movements. Fred Hampton's pregnant wife was sleeping beside him when police stormed their residence; their child Fred Hampton Jr. was born less than four weeks later. Fred Hampton Jr., now Chairman of the Prisoners of Conscience Committee (POCC), embarked on a speaking tour to commemorate the 40th anniversary of the assassination of his father -- named for a common saying used by his father, "You can kill the revolutionary, but you can’t kill the revolution." 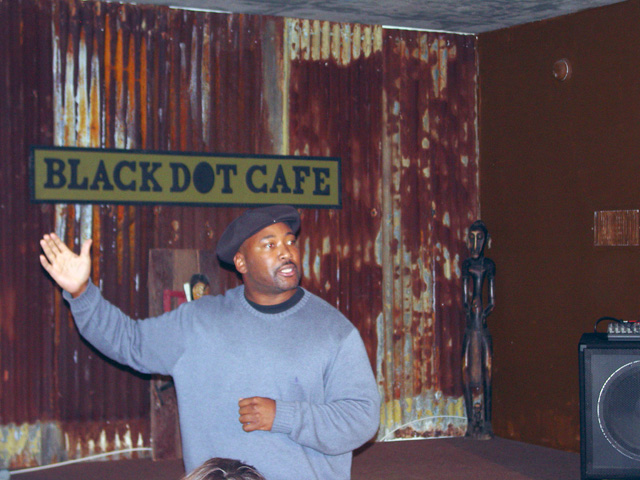 Before Fred Hampton Jr. speaks, JR Valrey, of Block Report Radio and Minister of Information for the POCC, introduces West Oakland activists Dwayne of the Black Dot Cafe and the Black New World then Ian of Soul Food Coop.