Photos below. Updates to be posted as events unfold...

The Office of the President is the systemwide headquarters of the University of California, managing its fiscal and business operations and supporting the academic and research missions across its campuses, labs and medical centers. 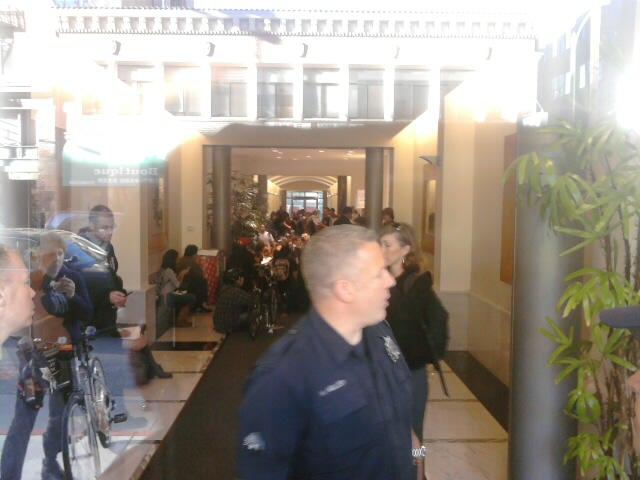 Occupation of UC Headquarters in Oakland 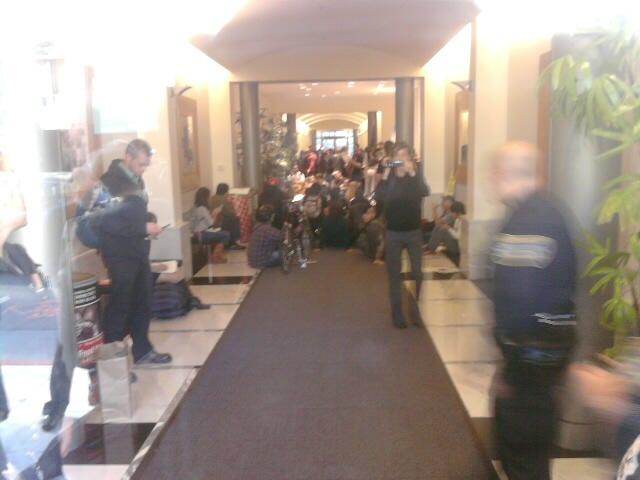 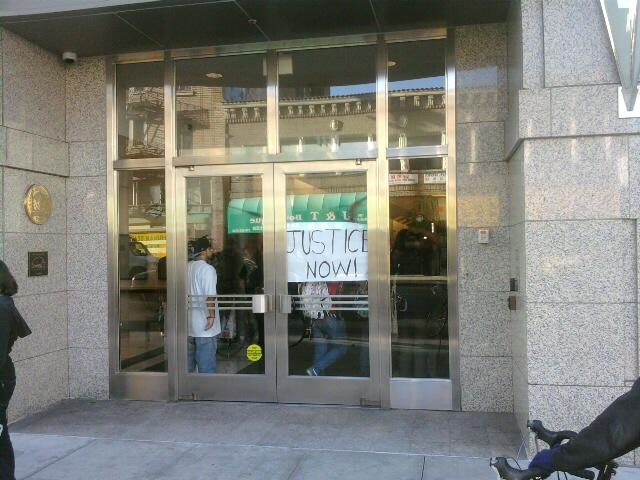 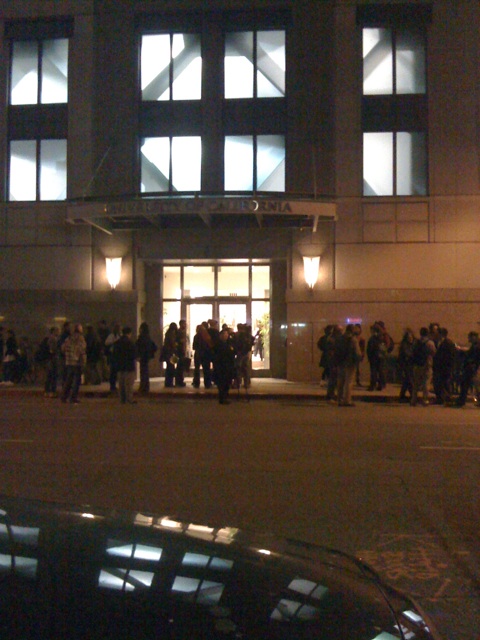 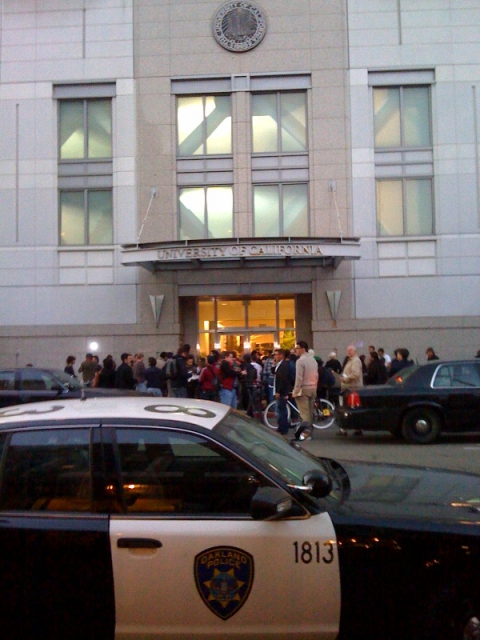 Congratulations on the smooth, well times occupation. I'll be on the outside to do what I can!
Add a Comment
§some context
by RWF
Monday Nov 23rd, 2009 3:57 PM
from last year: "The University of California says its incoming president will skip the residence favored by former presidents and live in a 6,800-square foot Oakland home instead.

Mark Yudof is scheduled to start in his new job next month after leading the University of Texas since 2002.

In the past, UC presidents and their families lived near the university system's Berkeley campus in a 13,000-square foot home now in need of millions of dollars in repairs.

The 63-year-old Yudof and his wife are set to live in a new home that will cost the university more than $11,000 per month.

That comes on top of a salary and benefits package for Yudof that puts his annual compensation at more than $925,000. Yudof's predecessor earned $436,000 per year in total compensation."
http://www.amleft.blogspot.com
Add a Comment
§YES! DON't STOP!
by Sara
Monday Nov 23rd, 2009 3:59 PM 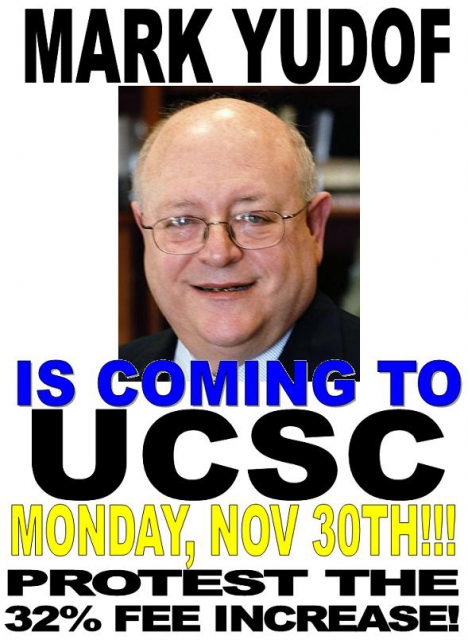 obviously they have nothing to offer on it yet, if the photos on indybay weren't proof enough for them

UC provost, VP biz operations promise to march to Sacramento with students to advocate for more higher ed funding
http://twitter.com/UCNewsroom
Add a Comment
§keep the movement!
by santa cruz occupier
Monday Nov 23rd, 2009 6:36 PM
lets keep it up sisters&brothers! this movement is so much bigger than many of us realize--solidarity forever! education will make us stronger!
Add a Comment
§Budget crisis + unemployment rising beyond 12.5 % = more civil unrest
by revolutionary
Monday Nov 23rd, 2009 7:50 PM
We need a new system in America; one that will place education, healthcare, jobs, peace & freedom at the top of the list, not war, unemployment, homelessness, poverty, ignorance, out of control policemen and bailouts for people at the top of a pyramid system called capitalism.

But how do we get there?

WE REFUSE TO COOPERATE WITH ALL AUTHORITY
WE RESIST AND WE DISRUPT THE SYSTEM OF BUSINESS AS USUAL
WE STICK TOGETHER AND FIGHT THIS THING TILL THE PEOPLE WAKE UP TO JOIN US ONE DAY! WE CAN OVERPOWER THE POLICE IN OUR NUMBERS. THERE ARE MORE OF US CIVILIANS THAN THERE ARE COPS. WE DO HAVE THE POWER. LET'S USE IT!

there is no future under this system.

for the majority of us
work till death. (or live off exploiting others)
rent till death.
dependency till death.

occupy fucking everything.
Add a Comment
§Solidarity!
by etoile rose
Tuesday Nov 24th, 2009 2:39 AM
hey occupiers/protesters of UC, yes, keept the movement! the fuckin system needs to change so we have no other chance than to constantly live for this shift, in our protests, our daily actions as tiny as they may be, in our relation to others.
solidary love from vienna!
Add a Comment
Support Independent Media
We are 100% volunteer and depend on your participation to sustain our efforts!