Add an Event
Newswire
Calendar
Features
Home
Donate
From the Open-Publishing Calendar
From the Open-Publishing Newswire
Indybay Feature
Publish to Newswire
Add an Event
Related Categories: Central Valley | Education & Student Activism
Students Takeover CSU-Fresno Library
by Mike Rhodes (editor [at] fresnoalliance.com)
Friday Nov 20th, 2009 9:28 PM
A student takeover is underway at the library at CSUF. The photo below shows the students holding a meeting this evening in the library to discuss strategy about the occupation. 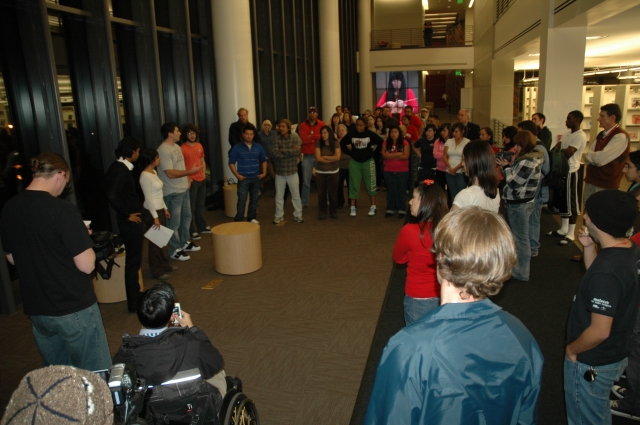 original image (3008x2000)
November 20, 2009 - Students at CSU-Fresno took over the university library tonight. About 100 students and supporters are occupying the second floor of the Madden Library, with many of them studying, some eating pizza, and many of them trying to develop a strategy that will lead to longer library hours. The student demands, however, go beyond longer library hours - they want a larger voice in how the university is run.

The plan, as I understand it right now, is that the students are going to hold a press conference at 10 p.m. where they will issue their demands for longer library hours, co-governance, greater transparency, etc. They will then continue their occupation until the library officially re-opens on Saturday. Student organizers are not expecting to be arrested during this occupation, but the administration is making no guarantees.

Plans for future actions are being discussed. 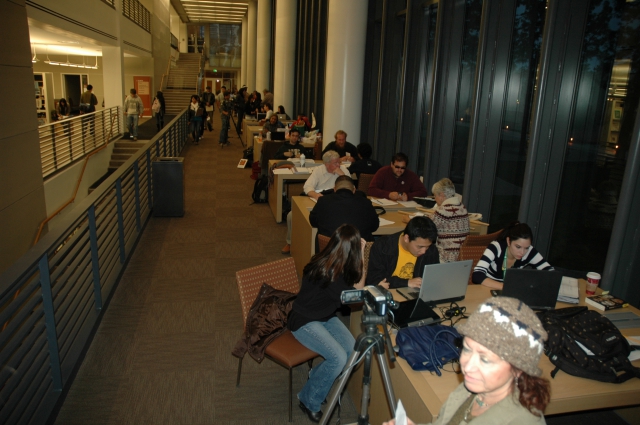 original image (3008x2000)
Many students used the takeover of the library as an opportunity to study. 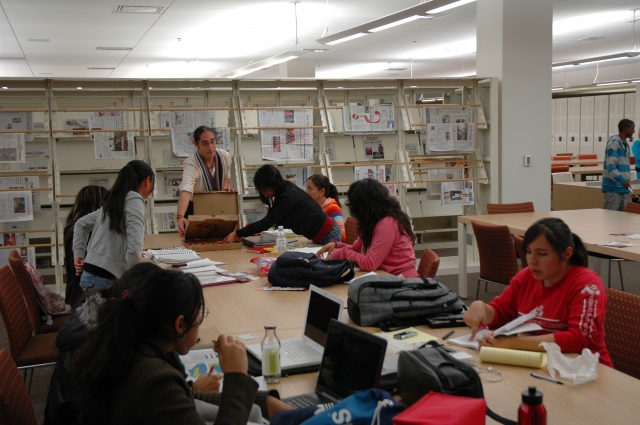 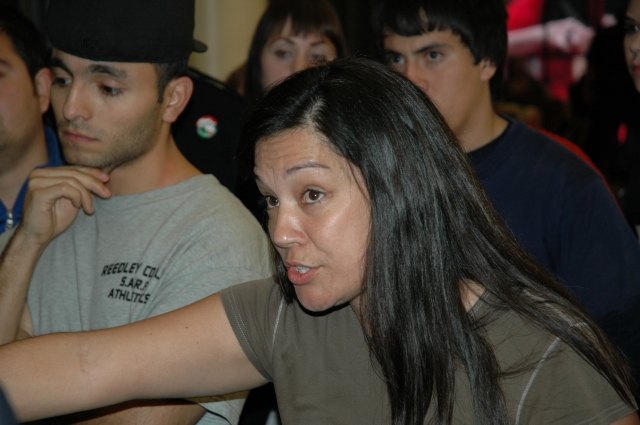 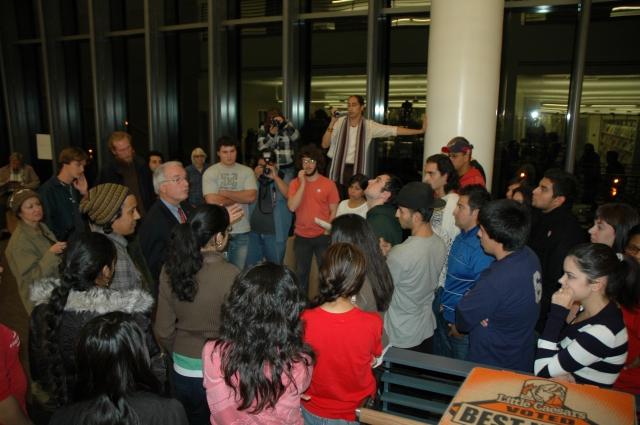 original image (3008x2000)
The students discussed their strategy and then became involved with a discussion with CSUF administrators who were in attendance. Here, Dr. Oliaro talked with the students about the occupation, co-governance, and other student concerns.