The Regents of the University of California are voting on 32% fee increases for students at UCLA from November 17 – 19. (The CSU trustees are also meeting on these dates). Students through out the state of California are in an uproar.

UC Santa Cruz: over 500 students are occupying the Kresge Town Hall as of 3:45pm, Wednesday.

the details: hundreds of students rallied at the two entrances to campus shutting it down for several hours. Another group of 300 students entered into the Kresge Town Hall to create an organizing space around the budget cuts. Later in the evening, students at the entrances joined the others in the Kresge Town Hall. Currently, the space is being used to plan further actions.

UC Berkeley attempted occupation. Students have been organizing massive actions through out these three days as well.

SFSU held a sit-in, that has now ended. See Indybay.

City College of San Francisco, 500 students walked out in solidarity 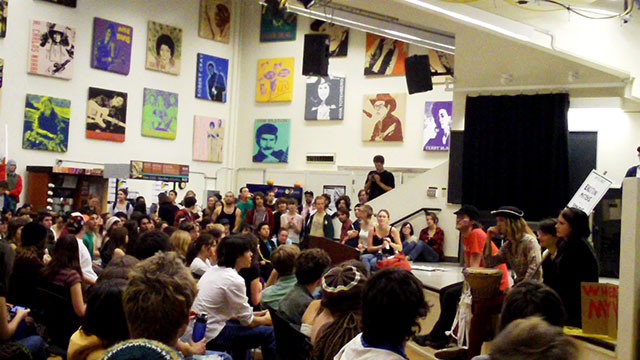 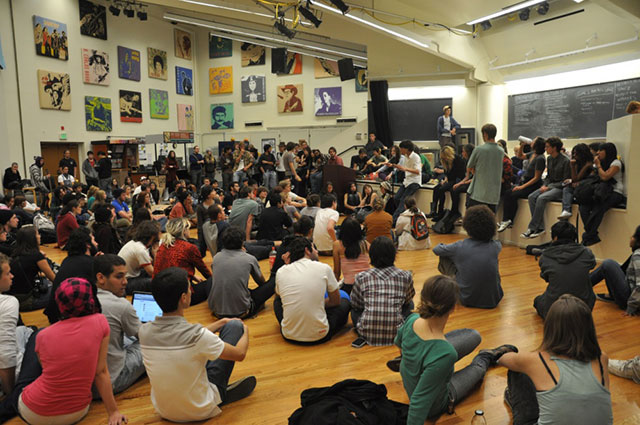 Kresge Town Hall
http://likelostchildren.blogspot.com/
Add Your Comments
LATEST COMMENTS ABOUT THIS ARTICLE
Listed below are the latest comments about this post.
These comments are submitted anonymously by website visitors.