Newswire
Calendar
Features
Home
Donate
From the Open-Publishing Calendar
From the Open-Publishing Newswire
Indybay Feature
Publish to Newswire
Add an Event
Related Categories: California | Media Activism & Independent Media
Los Angeles Indymedia Celebrates a Decade of Media Activism, LA, 11/14/09: photos
by dave id
Monday Nov 16th, 2009 8:24 PM
On Saturday, November 14th, 2009, Los Angeles Indymedia celebrated 10 years since the first Independent Media Center (IMC) opened its doors in Seattle to cover and support the demonstrations against the meeting of the World Trade Organization (WTO). LA IMC hosted an all day event at the TOW Art Space by the 6th Street Bridge, open to the public as well as current and former IMCistas. There were workshops, food, music, and community groups reflecting on the past with an eye toward the future of independent media. 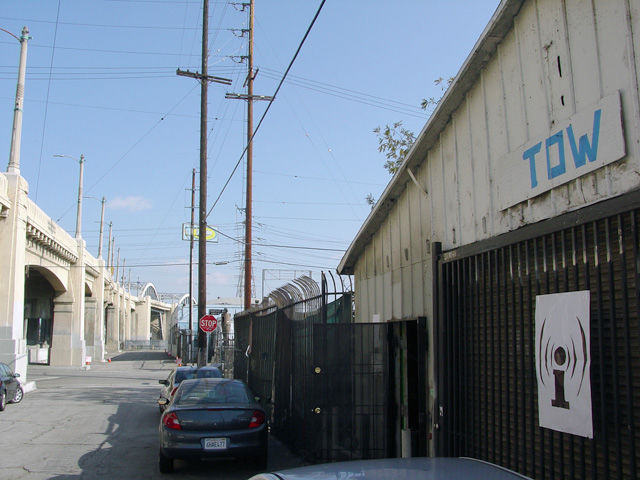 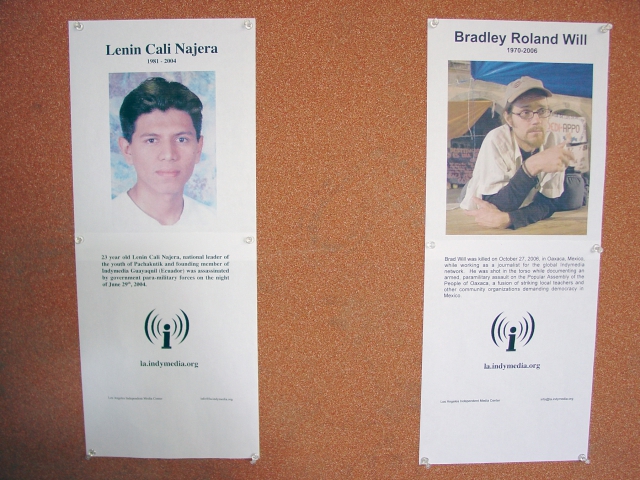 Numerous people expressed support and best wishes for Tristan Anderson, critically injured by a high-velocity IDF tear gas canister near the town of Ni'lin in the West Bank on March 13th, 2009. (http://www.indybay.org/newsitems/2009/03/13/18576814.php) 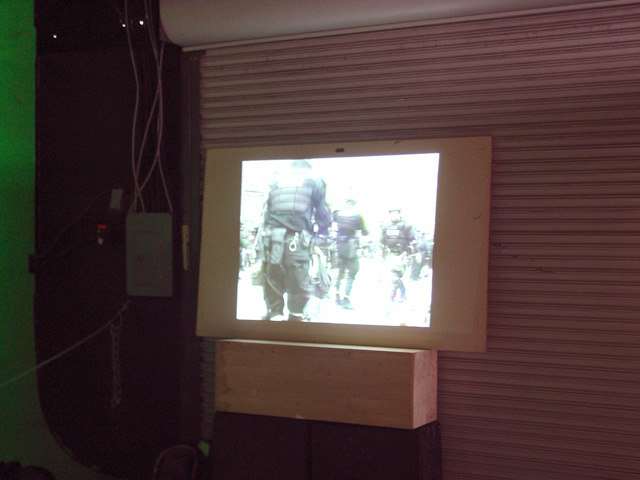 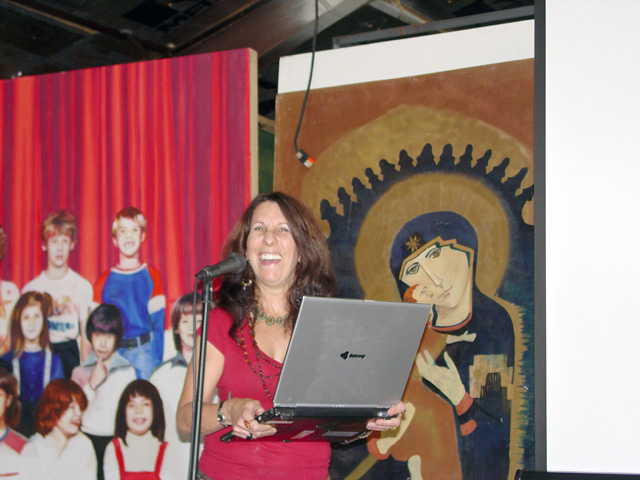 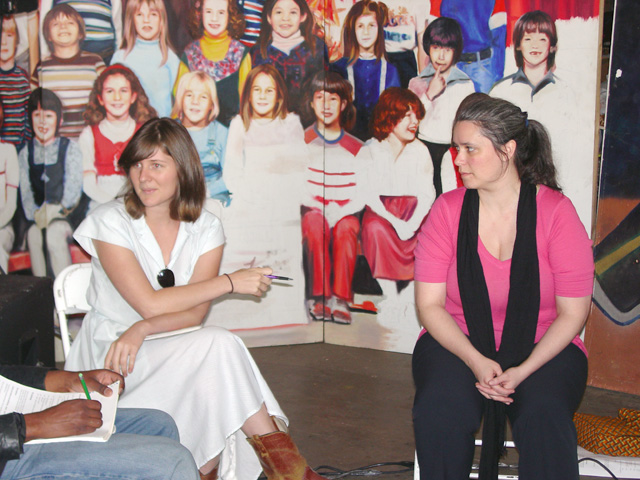 from schedule: Historical analysis of code, politics and the future, in a quickly altering/decaying/last breath Corporate backlash for control of the hearts and minds of the empire's profit extractability units (i.e. people). IMC volunteers will be invited to describe their current status, and goals for the future. (http://www.phillyimc.org/) 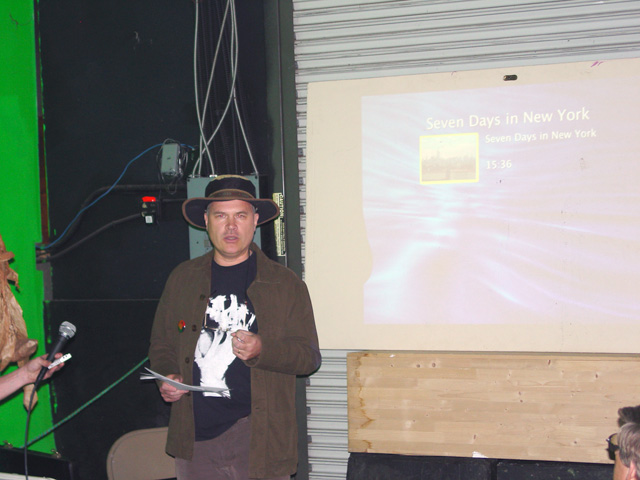 from schedule: Guerrilla Street reporting techniques. How to approach and interview people on the street, and what equipment to use. 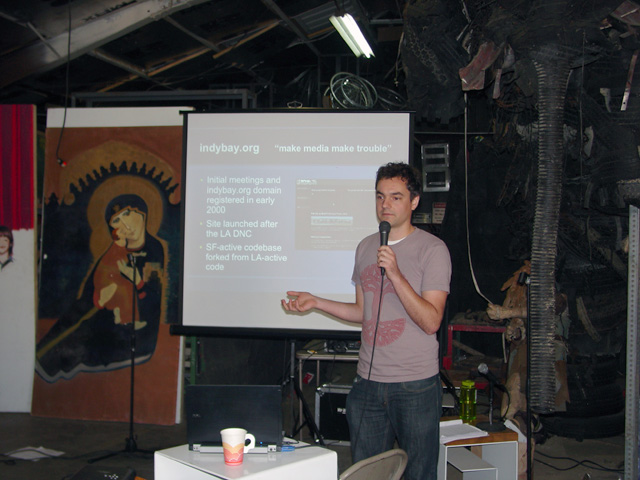 from schedule: We'll present some of the highlights of stories covered, technologies developed, legal threats battled and lessons learned over the past 9+ years of Indymedia in the Bay Area and Northern California. We'll also discuss one of the biggest local stories covered by Indybay this year: the movement for justice for Oscar Grant, who was killed by police officer Johannes Mehserle on Jan. 1, 2009, and the potential for coverage coordination when Mehserle's trial is moved to Southern California. (presentation posted at http://www.indybay.org/newsitems/2009/11/16/18628929.php) 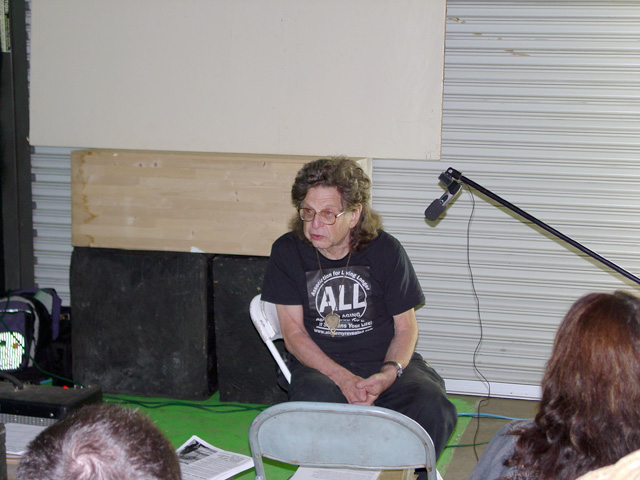 from schedule: In the 1960s, the L.A. Free Press (the Freep) invented the underground press. Founder Art Kunkin, who participated in the IMC at D2KLA, will discuss history, independent media, and related issues. (http://losangelesfreepress.com/) 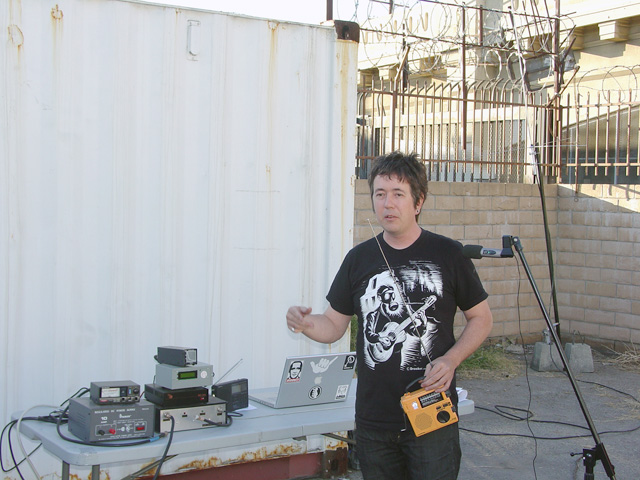 Come and learn how Pirate Radio works, and do it in a real life context with the Garment Workers Center representatives who need your help! This on hands discussion and display will teach the basic elements of Low Power FM radio, and then give you an outlet to put it into use. Learn all the details such as what an exciter looks like, an amplifier does, cabling, filters, antennas and the best location to mount your new voice! (http://www.garmentworkercenter.org/) 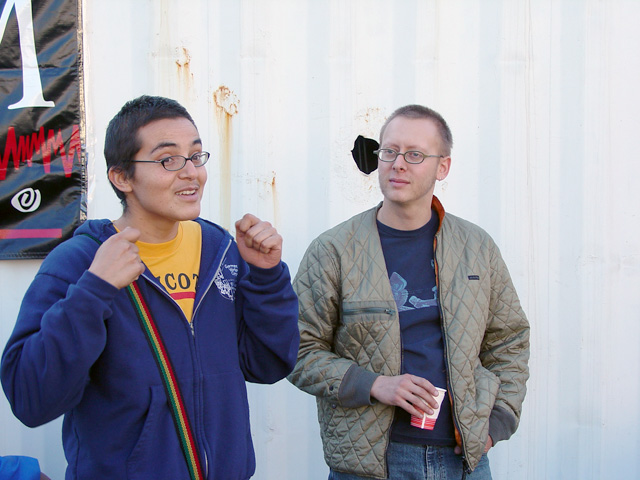 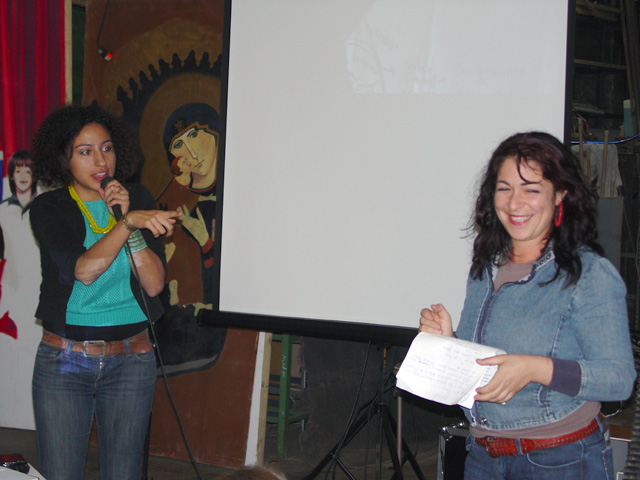 from schedule: A presentation on some of the community-based media projects in Venezuela and a roundtable discussion.
http://la.indymedia.org/
§PM Press
by dave id Monday Nov 16th, 2009 8:24 PM 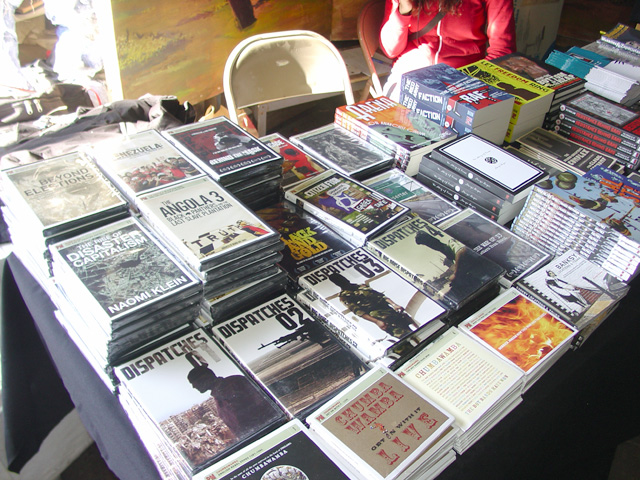 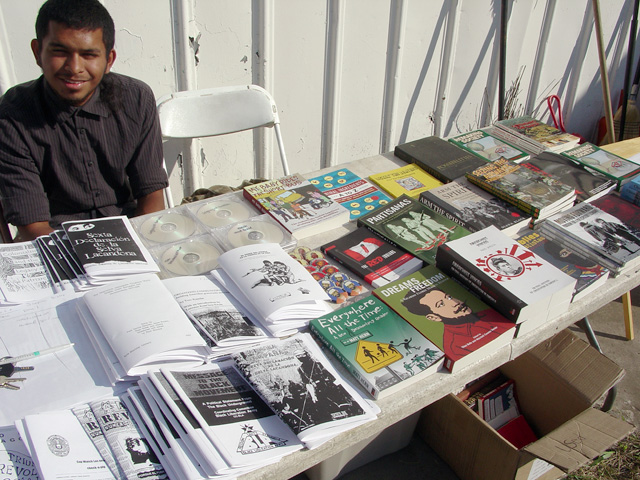 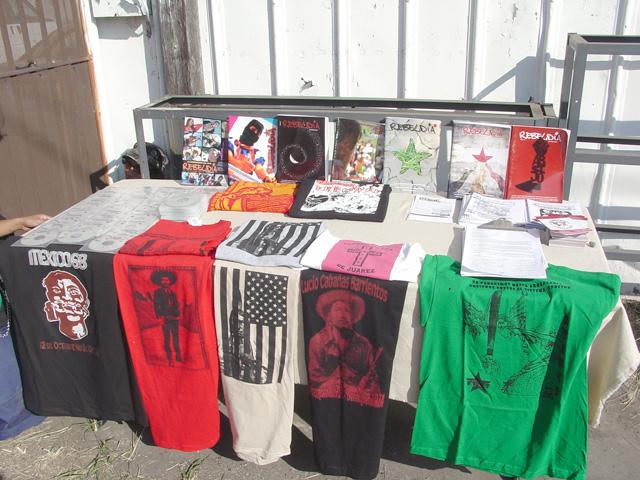 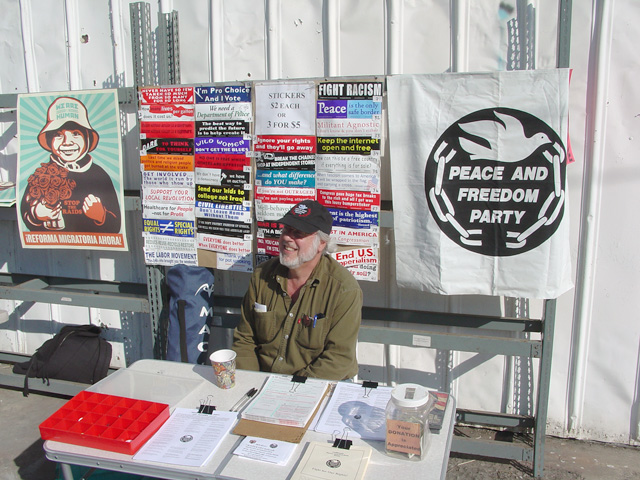 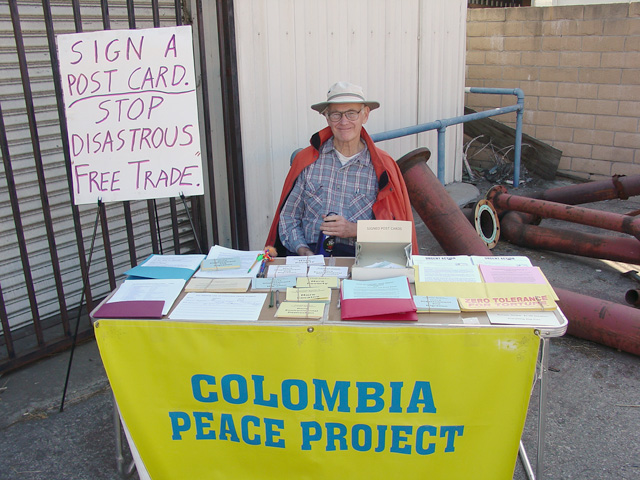 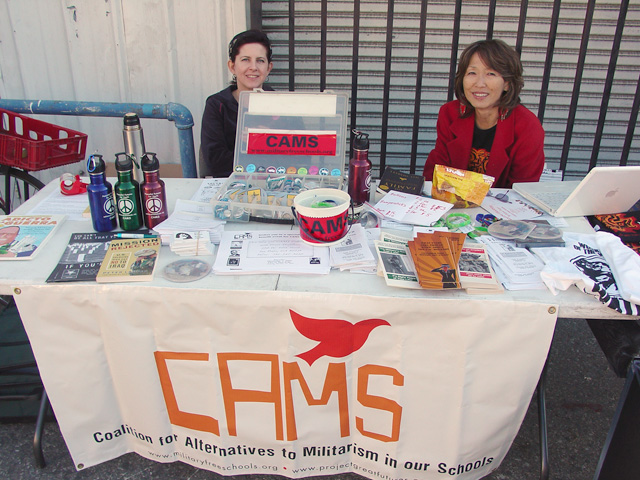 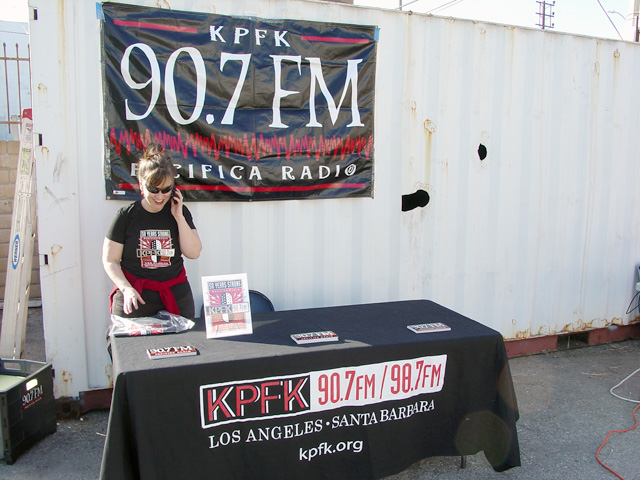 LA IMC has a radio show, "Indymedia On Air" (http://www.kpfk.org/programs/115--indymediaonair.html) 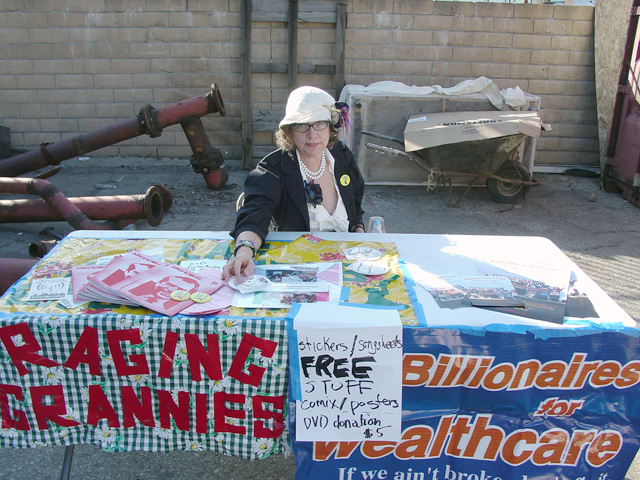 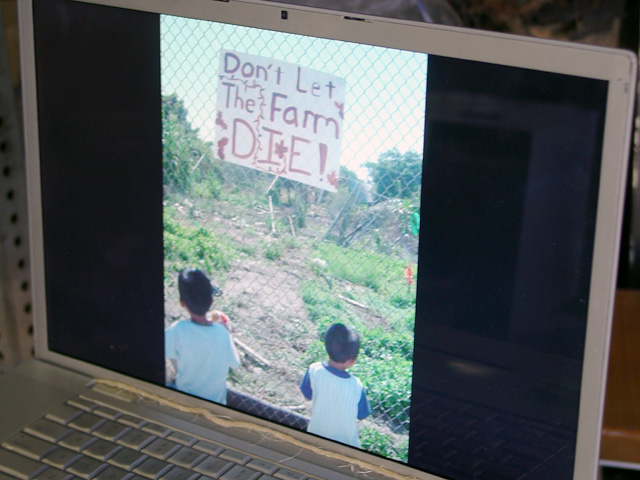 This photo is from the struggle to keep open the South Central Farm in 2006 (http://www.southcentralfarmers.com/)

Hopefully audio from several if not all of the day's workshops will be made available in the near future.
http://la.indymedia.org/
Add Your Comments
Support Independent Media