Add an Event
Newswire
Calendar
Features
Home
Donate
From the Open-Publishing Calendar
From the Open-Publishing Newswire
Indybay Feature
Publish to Newswire
Add an Event
Related Categories: Palestine | International
The People of Bir al-Eid Return Home, attacked by settlers after less then a week
by Francesca+MC
Sunday Nov 15th, 2009 6:27 AM
On Friday and Saturday , November 15-16, activists from Teayosh and Anarchists against the wall, visited Palestinian families in Bir al-Eid, Palestine, after settlers attacks them and their sheep, killing one lamb.

The Palestinians living in Bir Al Id were evicted from their land in 2000, and only recently were "allowed" to return to their home by an Israeli court. A week ago, two families established their houses at the caves of this rocky mountain, and on Friday they were already attacked by settlers from the Mispe Yishar Settlement. The incident was filmed including the part where the Israeli military arrives and questions those who propagated the assault for a minute and letting them go.
for more info about the the Southern Hebron Hills read:
http://www.btselem.org/english/publications/summaries/200507_south_hebron.asp 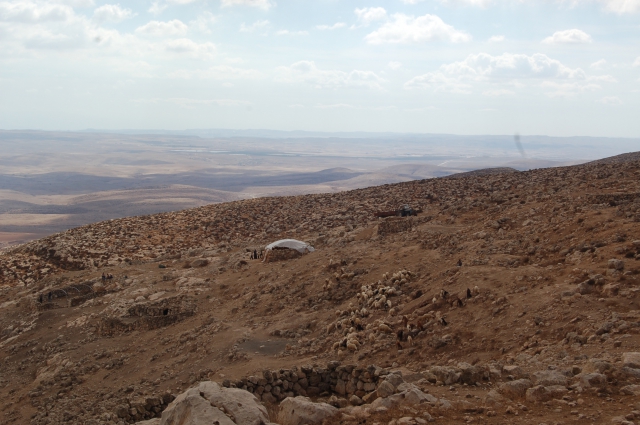 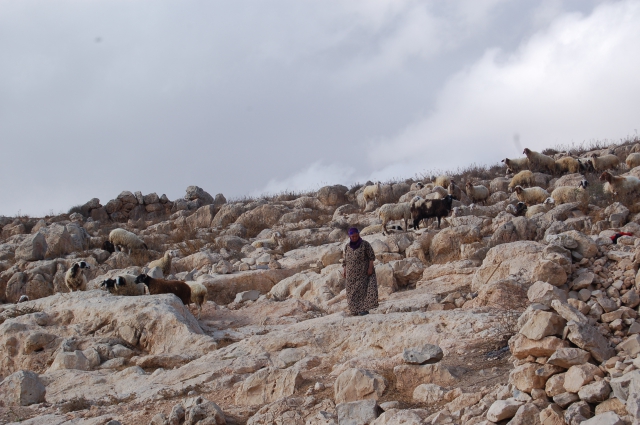 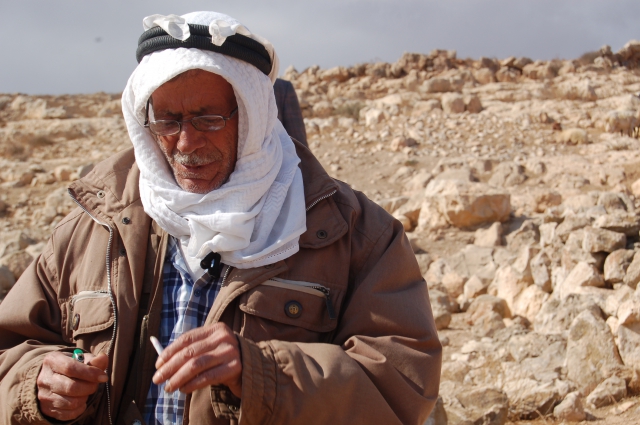 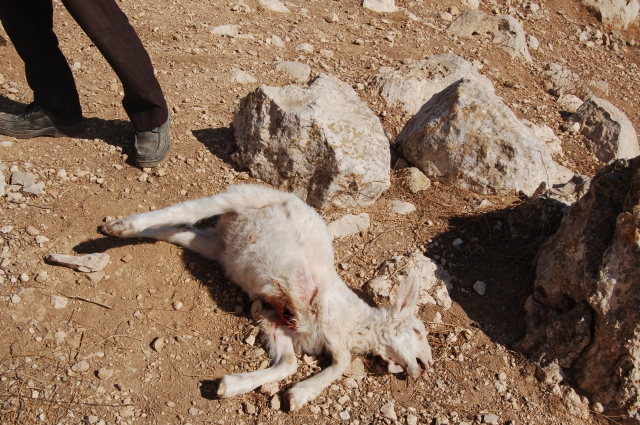 original image (3008x2000)
In all three monotheistic religion the lamb is a symbol of something pure and holy that did not sin. it is only appropriate that this symbol was killed by those who pullout this land and represent everything that is unmoral and sinful.
§wall
by Francheska+MC Sunday Nov 15th, 2009 6:27 AM 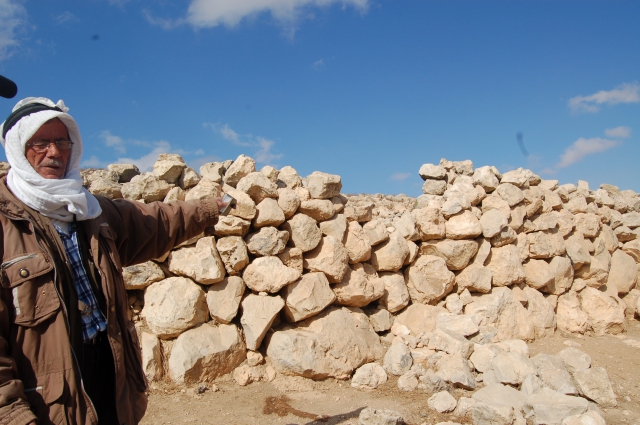 original image (3008x2000)
the sheep trying to escape the settlers who were throwing stones and hitting them jumped over this wall. The lamb jumped and was crushed by the other sheep.
§
by Francheska+MC Sunday Nov 15th, 2009 6:27 AM 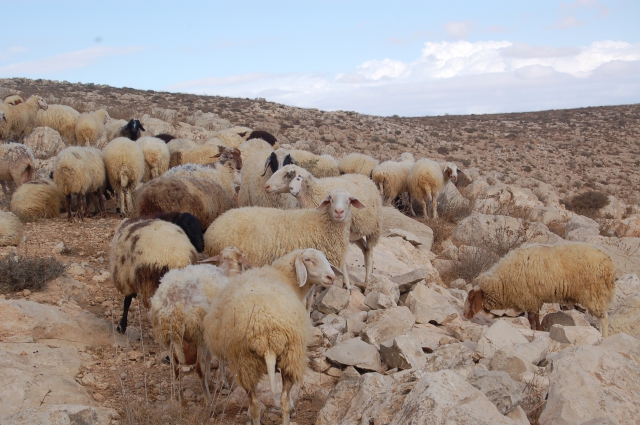 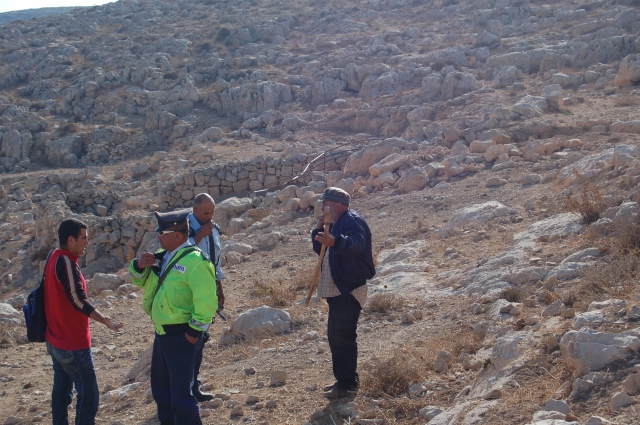 original image (3008x2000)
although called minuets after the incident, the police only arrives five hours latter.
§ examine
by Francheska+MC Sunday Nov 15th, 2009 6:27 AM 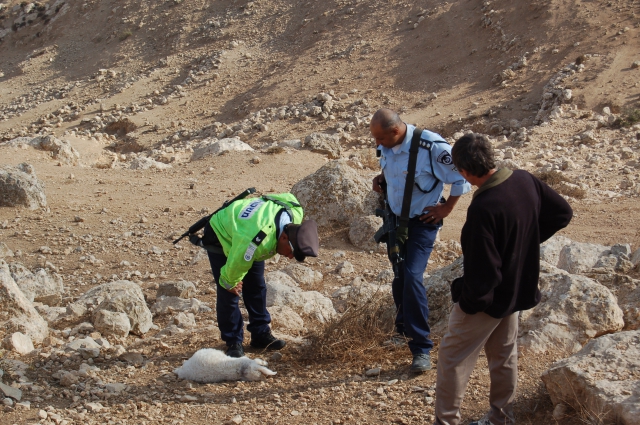 original image (3008x2000)
they examine the lamb and question if the lamb was not killed days ago. We refuse to give them the video documenting the event, since we want to make copies. they immediately come to a conclusion that we are planing to edit the tape. not surprisingly the Palestinians who wideness the attack don't want to go with them to give a testimony.
§ Mispe Yitshar
by Francheska+MC Sunday Nov 15th, 2009 6:27 AM 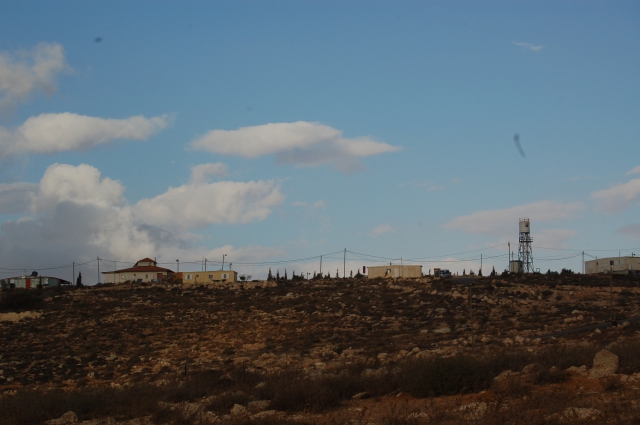 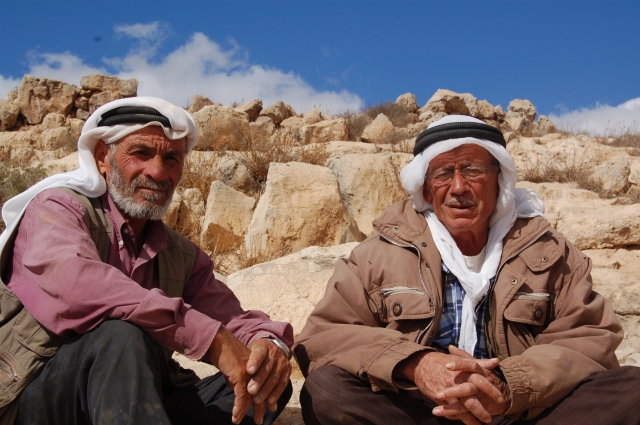 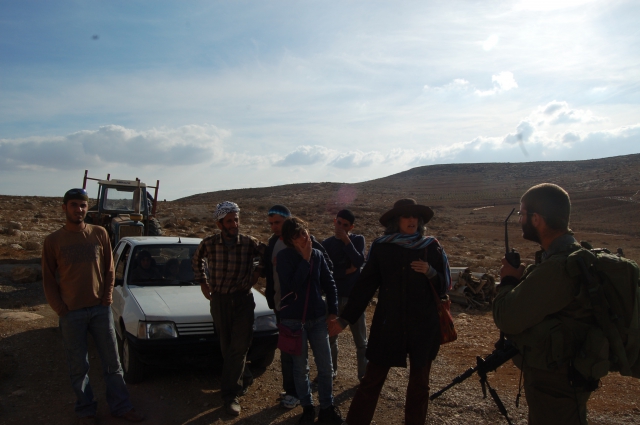 original image (3008x2000)
on our way back from Bir Al Aid, we are stopped by an Israeli soldier. He wants to know if the Palestinians have the military permission to be on what is essentially their land. He asks us Israelis and internationals to leave but we refuse. After ten minutes he allows all of us to drive on.
§checkpoint
by Francheska+MC Sunday Nov 15th, 2009 6:27 AM 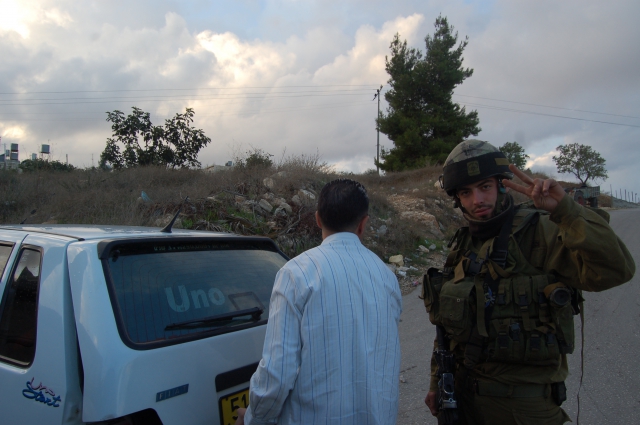 original image (3008x2000)
on our way back we drive through another Palestinian village. The military here too is stopping cars and people randomly asking for ID's and searching their belongings and cars. I ask the soldier if he's proud in what he is doing. He response by waving a V sign while a Palestinian is opening his car trunk to be inspected.
Add Your Comments
LATEST COMMENTS ABOUT THIS ARTICLE
Listed below are the latest comments about this post.
These comments are submitted anonymously by website visitors.