Add an Event
Newswire
Calendar
Features
Home
Donate
From the Open-Publishing Calendar
From the Open-Publishing Newswire
Indybay Feature
Publish to Newswire
Add an Event
Related Categories: San Francisco | Health, Housing & Public Services
Dozens Blockade Blue Shield of California for Single Payer Health Care
by Direct Action For Single Payer (ActForSinglePayer [at] gmail.com)
Wednesday Oct 28th, 2009 2:39 PM
About 200 people rallied in front of the 425 Market Street, where United HealthCare has clandestine offices, before moving on to Blue Shield of California, where more than 30 people blocked the entrances, delaying workers coming to work and making a clear demand for insurance companies to get out of the way of health care. 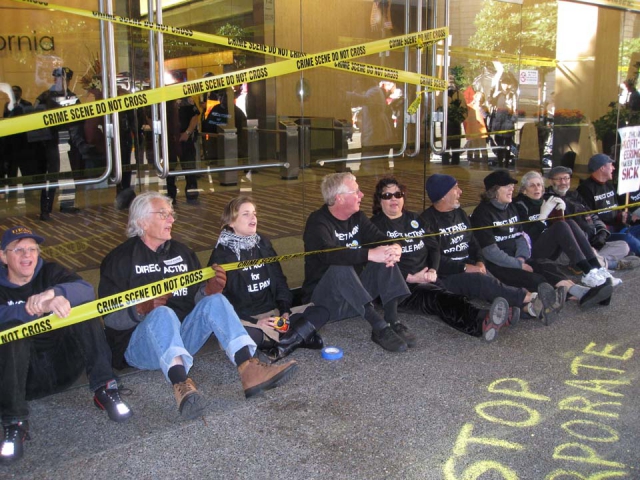 original image (960x720)
San Francisco, October 28— More than two dozen protesters blocked the entrances to the San Francisco office of Blue Shield of California early this morning, marking the building with crime tape and charging the health insurance industry with crimes including murder, breach of contract, and subversion of democracy.

About 200 advocates of a “single-payer” health care system, which would eliminate the private health insurance industry, chanted and sang in front of the Market Street offices of United HealthCare starting at 7:30 am. Street theater featured a giant black octopus representing the health insurance industry, which prevented sick and injured patients from reaching the doctors who wanted to care for them. At around 8 the group, led by the Brass Liberation Orchestra, began lively march chanting “Health care is a right” and “Patients not profits,” ending at the Blue Shield office on Beale St.

Participants in today’s protest expressed anger at insurance company practices such as denial of care and cancellation of policies after people become ill (“rescission”). They noted that while insurance companies charge premiums so high that 47 million Americans remain uninsured, the companies themselves reap high profits and pay top executives multimillion-dollar annual salaries. “As a health educator for the Alameda County Medical Center,” said Sue Bergman, one of the group that risked arrest by blocking the Blue Shield entrance, “most of my patients are uninsured and because of that have often not had medical attention for many years. When they finally come in they usually have some kind of progressive illness that could have been easily treated at an earlier stage.”

Protesters advocated a “single-payer” system in which the state or federal government would create one system of health insurance to cover everyone, as would be created by Rep. John Conyers’ H.R. 676, which would improve Medicare and expand it to cover everyone. The California legislature has twice passed bills creating a similar single-payer system on the state level, but Gov. Schwarzenegger vetoed both these bills.

At the Beale Street location, protesters were joined by a local contingent of “Billionaires for Wealth Care,” in suits and formal dresses, who held signs supporting the status quo and sang several numbers including “We Shall Overcharge.”

Protesters charged the health insurance industry with crimes including:
Murder: A new Harvard study found that 45,000 Americans a year die because they don’t have health insurance. For the insured, denial of care and delays in approving care cause an uncounted number of deaths (see “Patient stories” sheet in this packet).
Causing sickness and suffering for millions of people with treatable health conditions who can’t get the care they need because claims are denied, policies canceled, or deductibles and co-payments set so high that patients can’t afford to seek treatment.
Breach of contract: Insurance companies routinely cancel the policies of many thousands of people after they became sick. A report released in June by House Committee on Energy and Commerce showed that Blue Cross ‘ evaluations included reports of how many policyholders they dropped and how many millions worth of medical care they saved the company. “The committee investigation uncovered several rescission practices that one lawmaker called egregious, including targeting every policyholder diagnosed with leukemia, breast cancer and 1,400 other serious illnesses,” wrote Lisa Girion in the June 17 edition of the L.A. Times.
Theft and waste of 31% of the U.S. health care dollar, according to Harvard researchers Stephanie Woolhandler and David Himmelstein. That’s enough money to extend comprehensive care to all. According to health industry research firm McKinsey & Co., almost two-thirds of insurance company overhead goes to underwriting, sales, and marketing – business costs that would not exist in a single-payer system. Some of the rest goes to profits: The profits of the top 10 health insurance companies went up 428% from 2000 to 2007. And to executive compensation: CEOs of large health insurance companies typically make $ 7 million to $12 million a year or more in salaries.
Subverting democracy by spending huge amounts of our premium money on lobbying, campaign contributions, and private meetings at the White House and Congress. Paul Krugman recently reported that the insurance industry is now spending $1.4 million a day lobbying Congress. According to the Center for Responsive Politics, Blue Dog Democrats in the House of Representatives—the ones who have been fighting so hard to make sure private insurers are the only ones included in the health care reform -- have received a total of $2,905,853 in campaign contributions from the insurance industry. 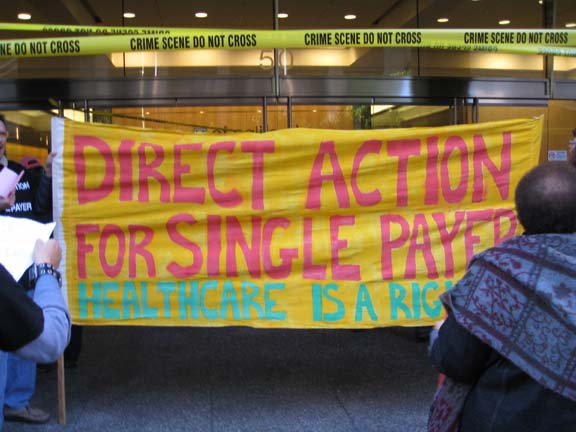 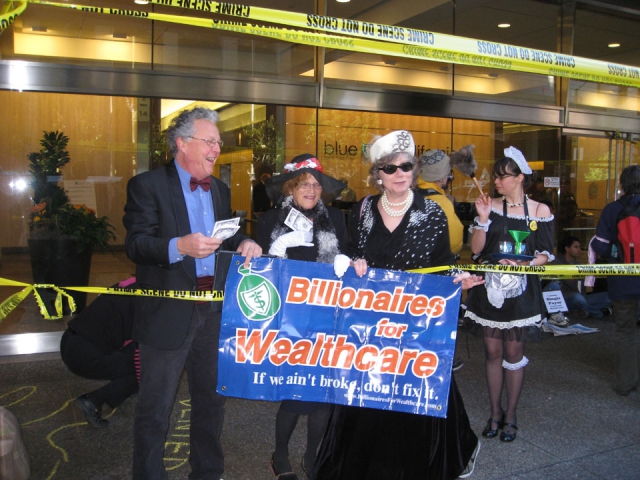 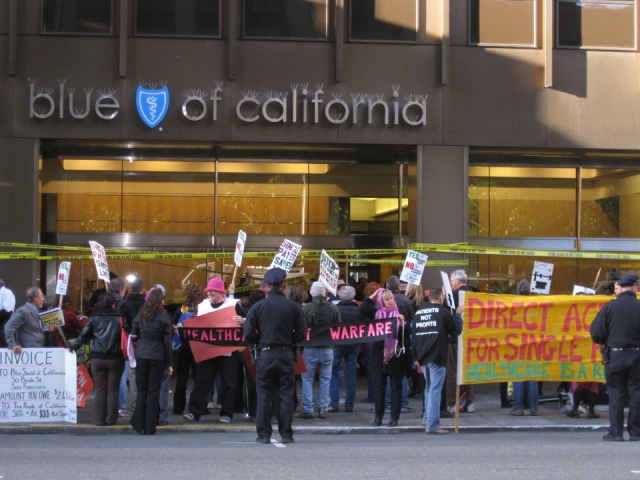 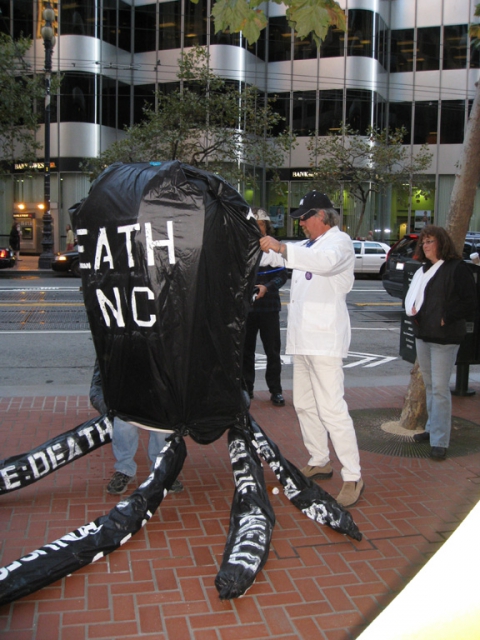 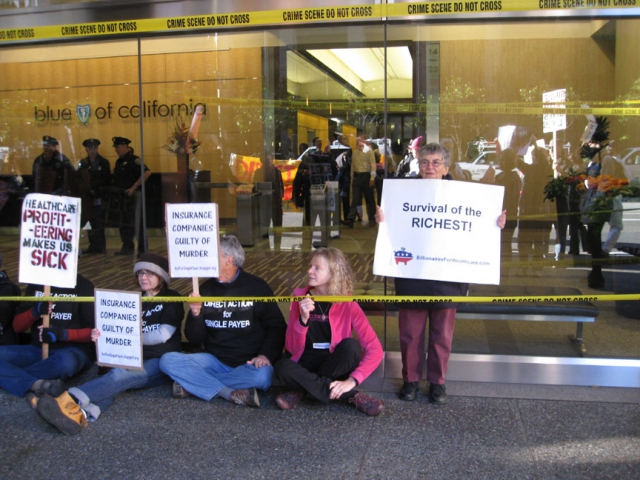 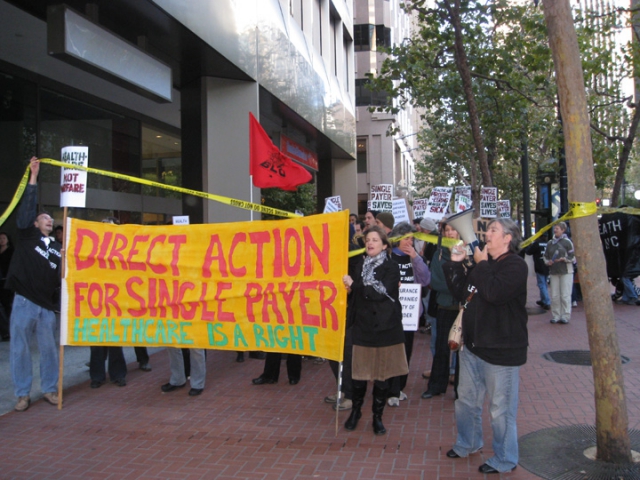 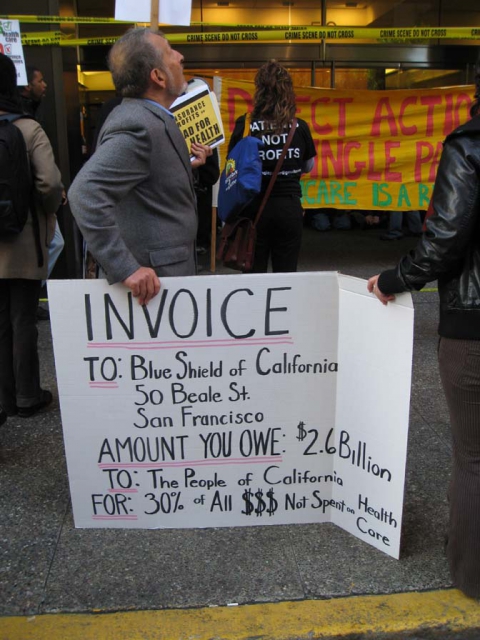 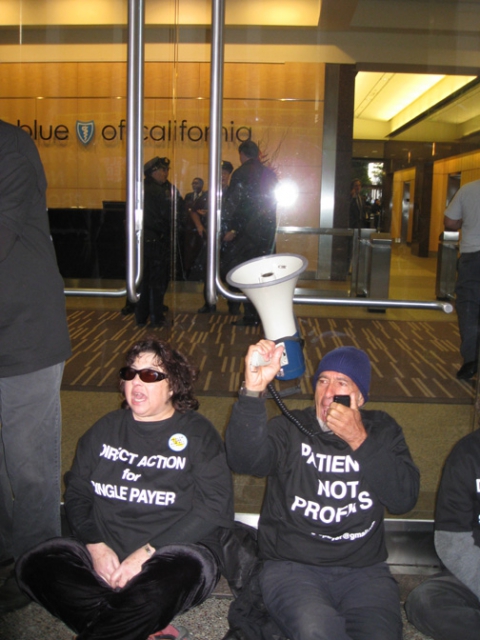 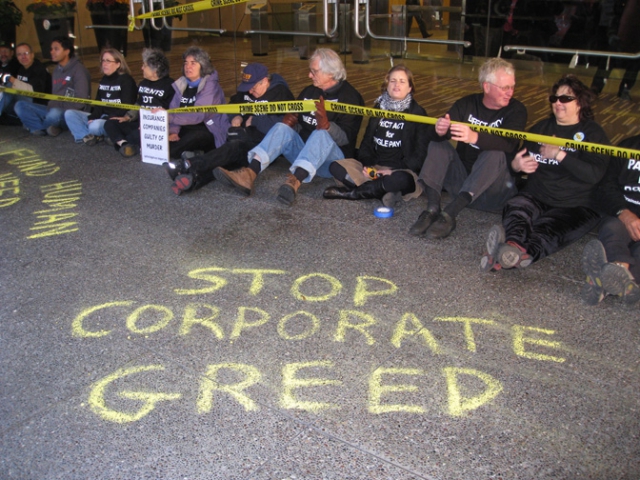 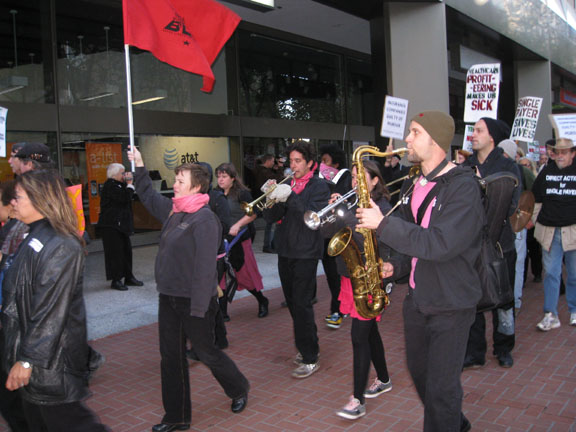 http://ActForSinglePayer.blogspot.com, www...
Add Your Comments
LATEST COMMENTS ABOUT THIS ARTICLE
Listed below are the latest comments about this post.
These comments are submitted anonymously by website visitors.