Add an Event
Newswire
Calendar
Features
Home
Donate
From the Open-Publishing Calendar
From the Open-Publishing Newswire
Indybay Feature
Publish to Newswire
Add an Event
Related Categories: Afghanistan | San Francisco | Anti-War
SF Protest on 8th Anniversary of the War in Afghanistan
by Bill Hackwell (hckwll [at] yahoo.com)
Thursday Oct 8th, 2009 7:33 PM
Over 250 people came out to the New Federal Building in San Francisco on the 8th anniversary of the war and occupation of Afghanistan. While the Obama Administration, the Pentagon Generals and Congress argue over the degree to expand the war they are losing, this protest called to end the war now. 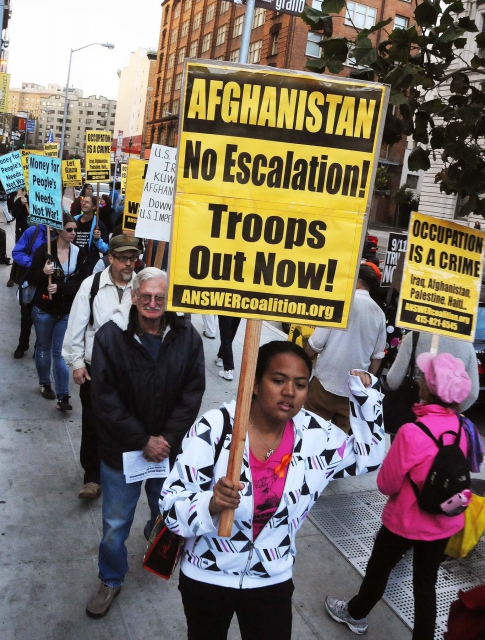 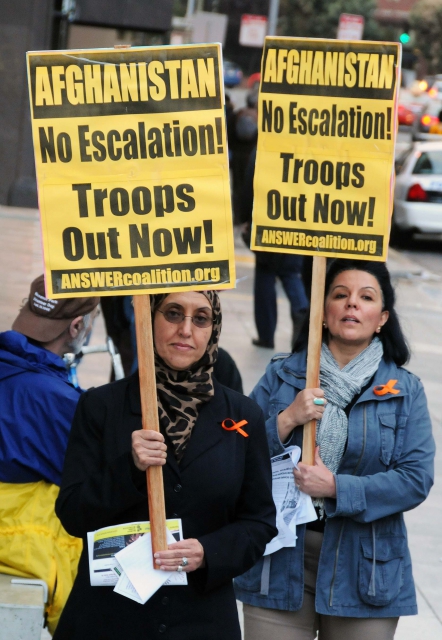 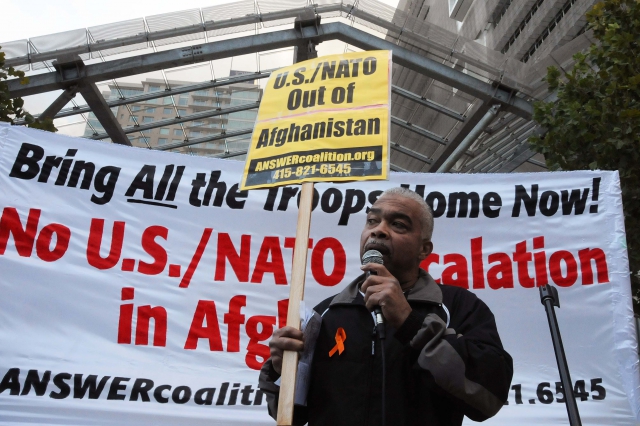 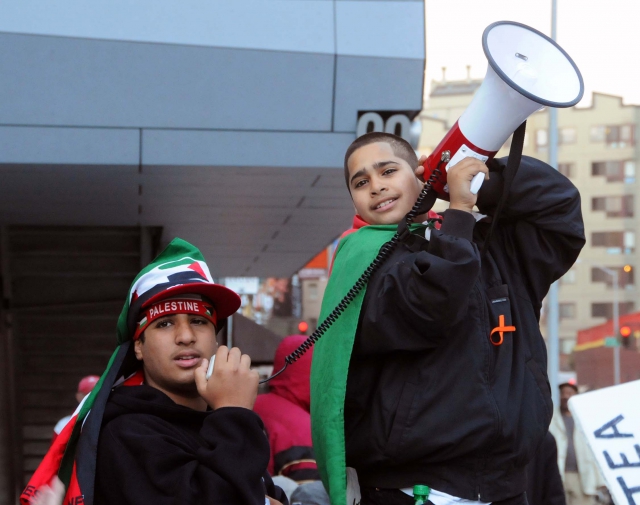 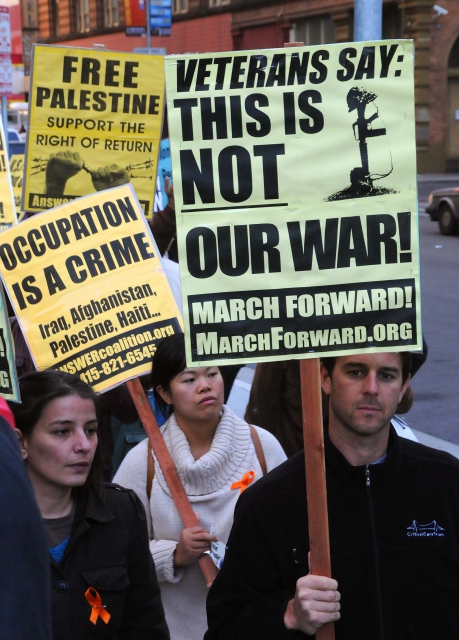 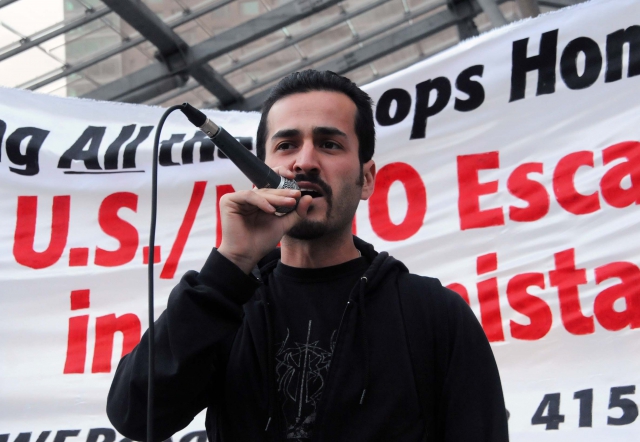 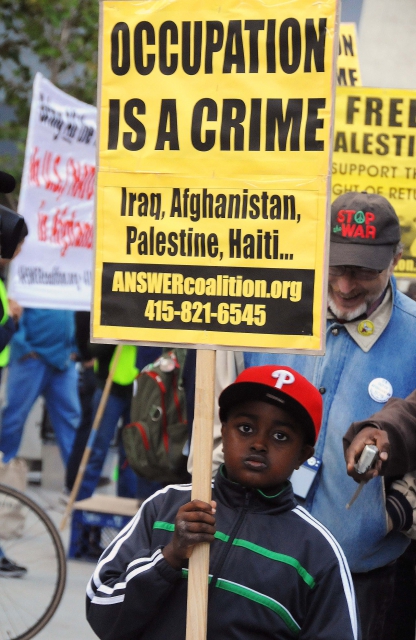 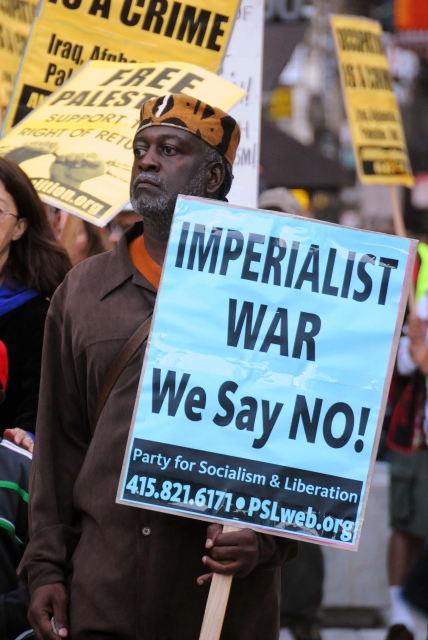 original image (1866x2784)
Add Your Comments
Support Independent Media
We are 100% volunteer and depend on your participation to sustain our efforts!