by Wildlife Rehabilitator
October 5, 2009 Petag finally publicly admits on their company website that their KMR kitten formula is bad and should not be used. This is after months of complaints and many dead kittens. They finally release "KMR Powder Update." 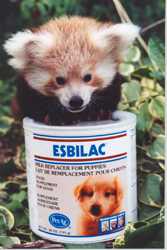 As per Petag, "Recently, a limited number of KMR powder users have experienced product producing an off odor. Normally, the product exhibits a faint "milky" smell. It has been determined that some packaged KMR powder may have been exposed to excessive heat outside the manufacturing process.

Do not use the product if it has an off odor. Please contact PetAg Technical Services at 800-323-0877 and provide all of the information printed on the bottom of the can.  For any bagged product, you can find the information on the sticker near the UPC on the back of the bag. This will provide production and tracking information for further analysis.  Replacement KMR product will be sent, following contact with Technical Services. Liquid KMR products have exhibited no impact from heat stress.

Rest assured, PetAg uses standards of the highest quality when producing KMR. We are currently exploring different manufacturing processes for KMR powder to eliminate this sensitivity to heat."   http://petag.com/news_detail.asp?RegID=14. "

When we contacted the company just last week they stated that only a few people had complained about the product. Not so according to kitten rescuers across the country. Here are but a few quotes:

"I wonder if this has anything to do with the fact that I have spoken to them about a million times over the last few months. I have gotten more bad then good I swear!!"

"SMELL YOUR KMR!!! It should always smell really really sweet. Not oily or
slightly rancid. In the last 3 months I have purchased more than 12 containers
of powdered KMR that were rancid. And one 5lb bag that was bad. I went to
PETCO to replace one and opened every container on the shelf and they were ALL
rancid. I had the manager smell them all before leaving the store. PetAg said
the trucks sometimes sit in the heat in the desert during transport and the
warmth turns the formula. Duh, refrigerated trucks maybe??? This is
unacceptable and I have switched to Just Born. I asked them just how many
babies had to get sick or die from rancid formula before they did something
about it. John Q Public that finds a kittens and decides to save it won't know
that it is not supposed to smell this way. Even my friends who are bottlers
didn't notice it. I am absolutely paranoid about
this now. SMELL YOUR KMR before you use it."

“We just found out (the hard way) that a good amount of KMR has apparently been exposed to too hot of temperatures and has gone bad. The formula does not expire until 2011 but is not safe to feed to kittens. The company is not planning on a recall as far as I know and the only way to tell which formula has gone bad is by smelling it. It has a very distinctive “chemically” smell. The company will replace any bad cans with a new one if you encounter this. Please let any other organizations, foster homes, etc… that may be bottle feeding kittens know about this. We have had four kittens die from the formula and don’t want to see the number increase!”

Currently the FDA is investigating Petag's Esbilac puppy milk, report filed September 15, 2009. Contact Frank Lee with the FDA if you've had a problem with the formula. Frank.Lee [at] fda.hhs.gov Petag has recommended Esbilac to wildlife rehabiliators for years even going to their conferences and placing ads in their magazines. There used to be a photo of a squirrel and opossum on the label until recently. On their own website they currently show photos of endangered Giant Pandas, Red Pandas, manatees, raccoons all drinking Esbilac. October 5 they released news that Esbilac is now all of a sudden not made for wildlife. They suggest their 33/40 product which should have the exact same amount of fat, protein yet costs more.