Add an Event
Newswire
Calendar
Features
Home
Donate
From the Open-Publishing Calendar
From the Open-Publishing Newswire
Indybay Feature
Publish to Newswire
Add an Event
Related Categories: East Bay | Police State & Prisons | Racial Justice
Mehserle's Change of Venue Exhibits 9, 10, & 12: CA Police Killings, Oakland Murders, and Mixon Flier
by dave id
Tuesday Oct 6th, 2009 1:35 PM
As Johannes Mehserle's hearing to determine if his trial for the murder of Oscar Grant III will stay in Alameda County is now in session, here are some more attachments from the written motion to change venue filed by Mehserle's defense attorney Michael Rains. While these Exhibits (attached below) are completely irrelevant to the question of venue, as is most of Mehserle's motion to move the trial, the documents are informative nonetheless. 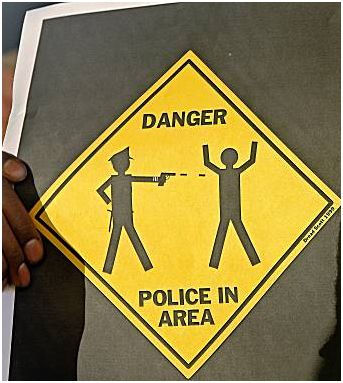 The first exhibit attached below is California Department of Statistics data on "justifiable" homicides by police in California from 1999 to 2008. The second exhibit below is a report by the Urban Strategies Council on all known homicides in Oakland during the year 2008. Lastly, a flier is attached that was reported to have been left on police vehicles in at least two cities shortly after the deaths of the four Oakland police officers killed in March of this year. 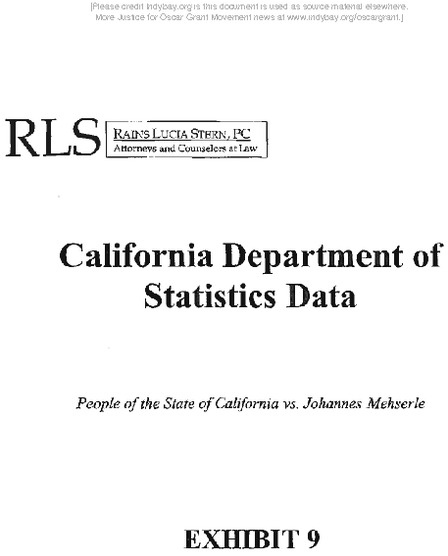 Download PDF (2.8MB)
Ten years worth of records of police killings of citizens in California is included in Exhibit 9.

The first related chart breaks down police killings by county and the excuse the police used to justify the shooting. It does not mention how many of the suspects were unarmed or other relevant information. Los Angeles County, which has roughly the same population size as the 9-county Bay Area, has the highest police kill rate at 310 people since 1999. Southern California's Riverside, San Bernadino, and San Diego counties each have over 90 killings by police, and Orange County rounds out the Top 5 with 76 killings. Unnamed Alameda County police forces are reported to have killed 46 total people in the last ten years according to this data. The Oakland Police Department released their own report earlier this year on citizens they have shot and killed over the last five years: http://www.indybay.org/newsitems/2009/02/07/18568854.php.

A second chart breaks down the data by county and by ethnicity/race of victims.
http://indybay.org/oscargrant
§Mehserle's Change of Venue Motion Exhibit 10: Report of the Urban Strategies Council
by dave id Tuesday Oct 6th, 2009 1:35 PM 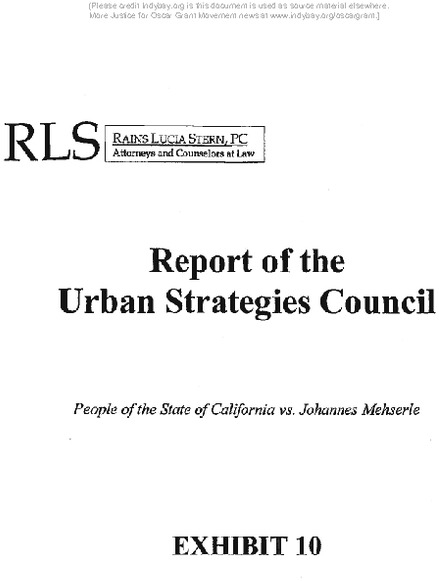 Download PDF (3.5MB)
Exhibit 10 is a report by the Urban Strategies Council on homicides in Oakland. Their report -- "2008 Homicide Report: An Analysis of Homicides in Oakland from January through December, 2008" -- includes a multitude of data on the victims, by gender, age, race; the weapons used; time of day; indoor/outdoor locations; and geographic data including the City Council District and police beat in which the killings occurred, with maps. 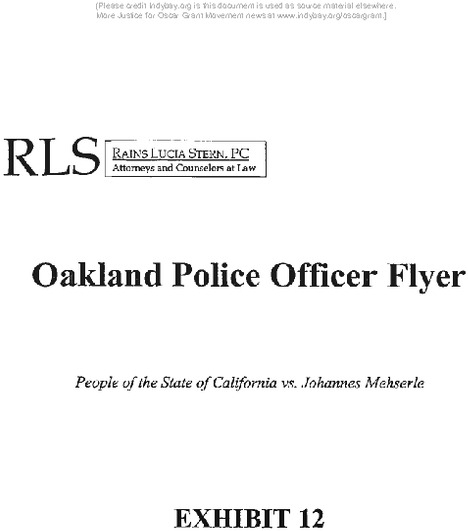 Download PDF (624.7KB)
Whether this flier was ever actually placed on cops cars, was a false flag operation of some sort, or was indeed distributed by someone sincerely upset with the murder of Oscar Grant is unknown. The only report of it came from the San Francisco Chronicle and how they came to be tipped off about it was not made clear. Lastly, how it is that Michael Rains came up with a copy of the supposed flier to use as a red herring in his quest move Mehserle's trial out of Alameda County is not explained in Exhibit 12. Michael Rains was a police officer prior to his career as a defense lawyer for people like Johannes Mehserle.