by dave id
Edward Bronson of California State University, Chico, was hired by Johannes Mehserle and his defense team to assist in the effort to avoid a trial in the same county in which Oscar Grant III was murdered. In support of a venue change, Bronson submitted a 111-page declaration (attached below), Exhibit 1 in Mehserle's written motion to transfer venue. Bronson is currently recovering from surgery and will not be testifying on behalf of his own declaration. Craig New is expected to testify in Bronson's place. The hearing to decide if the trial should remain in Alameda County is scheduled for 1pm, Tuesday, October 6th at the Alameda County Superior Court House. 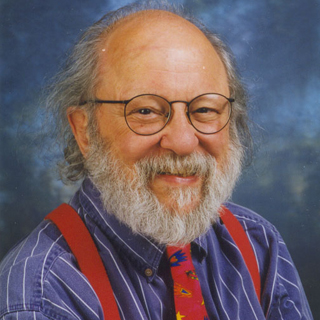 Thirty-one pages of Bronson's declaration are various self-reported measures of his "Qualifications," the first four pages of his declaration itself and twenty-seven more pages submitted as Attachment A. All of this is to assure the court that Bronson is indeed a venue "expert" and exceedingly fair regarding his recommendations. Throughout the declaration, Bronson refers to himself repeatedly as an expert. Often this is used in place of empirical data to give a sense of credence when he offers simply opinion or anecdotal evidence to make his case. Overall, though, it is intended to give his speculation that Mehserle cannot receive a fair trial in Alameda County undue weight.

In establishing the central thesis of his declaration -- that he, the expert, knows better than the supposedly biased potential jurors of Alameda County -- he notes in his introduction that "jurors do not approach the trial as empty vessels." This is true enough, but the same could be said of any juror anywhere, and is not particular to residents of Alameda thereby disqualifying them as potential jurors. He points to social science research that determined that jurors can be influenced by pre-trial publicity, but neglects to mention that should Mehserle's trial be moved, any venue county is going to have a large amount of pre-trial publicity as the case has at least two unavoidably sensational aspects: 1) Mehserle is the first police officer to be charged for an on-duty murder in the state of California, and 2) it was caught on video by several witnesses. Also, undoubtedly the video and other aspects of the case have been reported many times already across the state as well as across the entire nation.

Edward Bronson largely builds his case on two factors: pre-trial publicity and a survey of Alameda County residents that he sanctioned. In his media analysis, Bronson almost exclusively relies on the large number of recorded stories on the case, but those numbers give an inaccurate impression of the amount of stories potential jurors may have seen. For instance, nearly identical articles on a court hearing might appear in two different newspapers, but it is unlikely that many people actually read both nearly-duplicate articles. Likewise, not many people watch every instance of every television news program on every channel every day a story about Mehserle has appeared. But the number of stories is not sufficient in and of itself to establish a prejudice in potential jurors that would require a venue change, as Bronson admits. Much of his media analysis is superficial, like counting the number of articles on the front pages of newspapers versus deeper pages. After four pages of examining the numbers of articles and focusing on sheer quantity, he says that he only read 60 of the articles as part of his declaration and quickly moves on within one page to declaring that "in [his] extensive experience and opinion" the nature of the coverage has been "extraordinarily prejudicial" without actually building a case for such an opinion based on specific references to the "extraordinary" prejudice in media reports.

Bronson names numerous factors that are considered in deciding venue, but fails to make any sort of empirical case in most as he runs through them, relying instead often on his own personal speculation. For instance, he discusses the size of the population in Alameda County, which is large enough at 1.5 million to lean against a venue change. He again asserts that the court can't trust Alameda jurors, this time with an anecdotal hypothesis about population size not mattering because residents talk over backyard fences with each other and in barbershops, as if similar things would not happen in a new venue county for the trial should it be moved.

The second big leg of his declaration is the survey he ordered to reveal supposed potential juror bias in Alameda County. Yet the survey relied on remarkably small sample of just 397 people. Regarding the bias the survey allegedly shows, Mehserle's venue motion refers to the Rodney King-related venue change, but in that case 81% of Los Angeles residents pre-trial believed the defendants were guilty and, according to Bronson's own survey, not quite 45% have formed an opinion about guilt in Alameda -- and this is despite the high level of news coverage. Just as Mehserle's venue change motion as a whole inappropriately focuses on African Americans in Alameda County (who make up 13% of the population) and makes racist arguments about the inability of African Americans to be impartial jurors, Bronson stacks his survey data in Black versus White terms. See Attachment D in Exhibit 1 to view a chart where he tracks all of the races in the county in three columns: white, black, and other. Apparently Alameda's notable Latino, Asian, Pacific Islander, Middle Eastern, and other racial populations don't matter so much and can be lumped together for the purposes of the venue change attempt.

This is how Bronson earned his fee to build a case that jurors in Alameda are just not to be trusted. You can't take their word in voir dire (jury selection) as to their impartiality, says Bronson. Only he, the expert, is to be trusted. But as the prosecutors declared in their opposition to the change of venue motion, "[t]he People urge the Court, however, to take the word of the jurors on this matter, not the word of the defense expert." 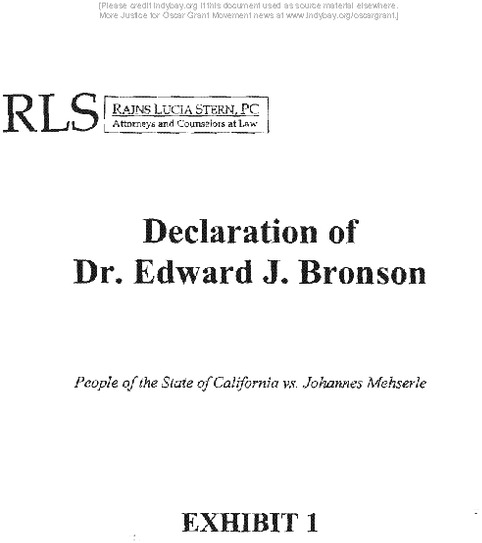 Note that unfortunately pages 20-24 are currently missing from Exhibit 1. Those pages will be retrieved from the court and posted shortly.

The exhibit itself is 35 pages. The rest is supporting attachments. The last four pages of attachments are the resume of Mark R. Winkelman, who will be testifying in support of this exhibit for venue change at the hearing on October 6th.
END_OF_DOCUMENT_TOKEN_TO_BE_REPLACED
§Mehserle's Change of Venue Exhibits 9, 10, & 12: CA Police Killings, Oakland Murders, and
by dave id

END_OF_DOCUMENT_TOKEN_TO_BE_REPLACED
Add Your Comments
Support Independent Media
We are 100% volunteer and depend on your participation to sustain our efforts!