Climate Justice Boxer & Chevron Action: "Our Climate, Not Their Business!"

by mcjwest
FOR IMMEDIATE RELEASE: September 21, 2009 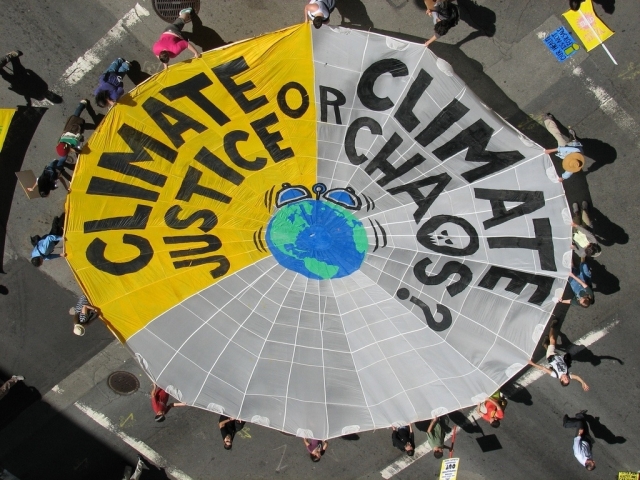 original image (1024x768)
San Francisco, CA – A broad coalition of organizations from up and down the west coast arrived in force today to deliver a strong message to US lawmakers and polluting corporations that are decimating our prospects of meaningful climate solutions.

The protest rally started at 11:00am today at the San Francisco office of Senator Barbara Boxer (1700 Montgomery St., SF), chair of the Senate Environment and Public Works Committee that will be presenting a Climate and Energy Bill currently in Congress by the end of the week.

“If Congress wants to protect the public interest, they would never consider adopting the current climate bill (the American Clean Energy & Security Act) that was written by big oil and energy corporations in the first place”, said Carla Pérez of the Movement Generation Justice & Ecology project, “Cap and Trade legislation coupled with direct subsidies to oil, coal, nuclear, bio-fuels and incinerator industries will only serve to add hundreds of toxic smokestacks in our backyards.”

A letter was delivered to, and a delegation met briefly with Jennifer Tang, Senior Field Representative for Boxer, as activists below chanted, "set the cap, scrap the trade. CLIMATE JUSTICE" and unfurled a 35 foot parachute banner (painted by participants over the weekend) below Boxers office windows that read, "CLIMATE JUSTICE OR CLIMATE CHAOS."

The protest then moved to Chevron Oil Corporation’s downtown San Francisco "Energy Solutions" office (345 California St.). Participants occupied the front entryway as retired Richmond kindergarden teacher Michael Beers of the Richmond Progressive Alliance and Antonia Juhasz, author of the Tyranny of Oil spoke about Chevron role in driving climate pollution and using their billions in profit to lobby against real climate solutions. The group then took over the intersection outside of the building housing Chevron, occupying and briefly shutting down the busy financial district intersection with the giant parachute banner.

“Chevron is one of the wealthiest entities on the planet--only 36 countries had GDP’s larger than Chevron’s 2008 revenues,” said Antonia Juhasz, Director of the Chevron Program at Global Exchange, “yet Chevron is evading its responsibility to reduce its own climate footprint. Moreover, Chevron’s colorful advertising aside, less than 3% of Chevron total capital and exploratory expenditures in 2008 were on clean energy alternatives.”

The colorful action caps a weekend-long gathering, the West Coast Climate Justice Convergence, consisting of environmental and social justice organizations and activists and from Richmond, the Bay Area and the West Coast, including many from Rising Tide chapters. The gathering planned local climate solutions, and made plans for build grassroots political pressure and “street heat” in the lead up to the December 7-18, 2009 Copenhagen climate talks.

A simultaneous gathering is being held in Pittsburgh, PA to plan a march and actions at the G20 next week. The West Coast Convergence is part of a series of climate camps all over the world. This year similar convergences and camps have been held in Canada, the UK, Australia, France, Belgium, Denmark, Switzerland, and across the United States. The Convergence is also the second in a series of events organized by the Mobilization for Climate Justice West, who is organizing mobilizations in the Bay Area on October 24th and November 30 , both global days of climate action.

Mass nonviolent civil disobedience is being facilitated through the website http://BeyondTalk.net, encouraging readers to visit, sign a pledge to risk arrest in a planned global action November 30, just before the climate talks in Copenhagen.

The Mobilization for Climate Justice says that corporations have no place dictating climate policy for the nation or the world – policies that now only serve to increase corporate profits, greenhouse gas emissions and toxic pollution in the backyards of working class and people of color communities across the U.S. The Coalition says the only way we will have durable solutions to the climate crisis is if voices of frontline communities are heard, rather than corporate polluters like Chevron.

A goal of the Mobilization is to build a grassroots Climate Justice movement and force corporate domination out of climate policy arenas – in both the U.S. and at the UN climate talks this December in Copenhagen. “It’s time for the people to step up, take control of our air and force the Greenhouse Gangstas to step down,” emphasized Leonard Webster, a community organizer and native of North Richmond. “We can’t afford to lose our mothers to toxic pollution. The corporations are getting their wealth off of poor people’s health.”

“The North Richmond community is on the frontline of Chevron's chemical assault. We have experienced a lifetime of chemical exposure, asthma, cancer and death. These are human rights violations,” said Henry Clarke, Executive Director of the West County Toxics Coalition.

In the U.S., petroleum accounts for more than 40 % of total CO2 emissions from fossil fuel combustion (the burning of fuels, including coal, oil, and natural gas to produce energy and to power vehicles) – more than any other fuel. 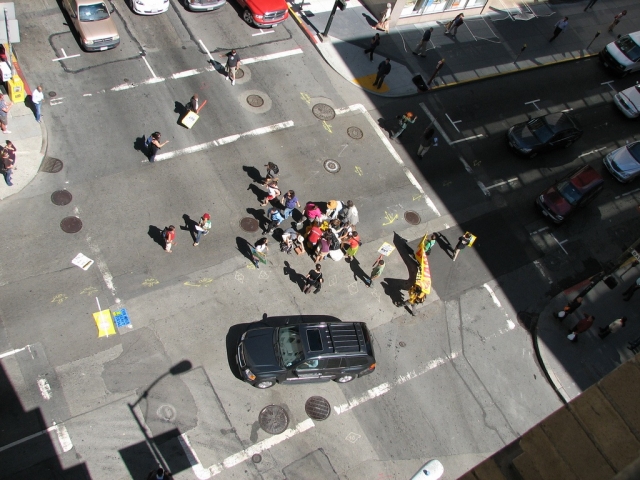 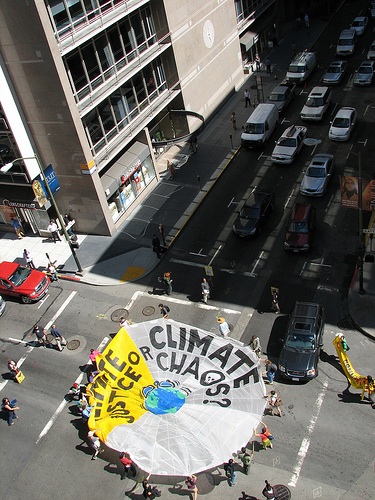 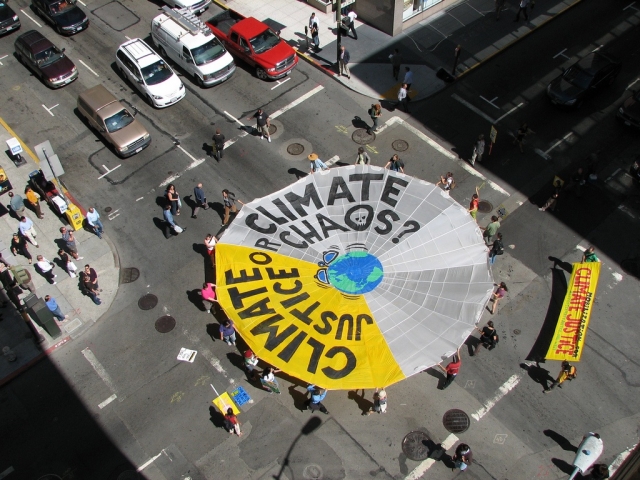 original image (1024x768)
Thank you to Rainforest Action Network for Photos!
END_OF_DOCUMENT_TOKEN_TO_BE_REPLACED
§NEXT ACTION: JOIN US!
by mcjwest 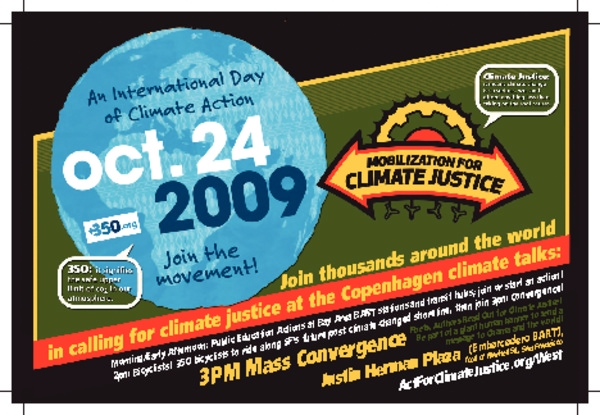 Download PDF (1.4MB)
END_OF_DOCUMENT_TOKEN_TO_BE_REPLACED
Add Your Comments
Support Independent Media
We are 100% volunteer and depend on your participation to sustain our efforts!