Add an Event
Newswire
Calendar
Features
Home
Donate
From the Open-Publishing Calendar
From the Open-Publishing Newswire
Indybay Feature
Publish to Newswire
Add an Event
Related Categories: U.S. | Government & Elections
Injured Workers, Mold, ACOEM And Senator Edward Kennedy
by California Coalition For Workers Memorial Day
Wednesday Aug 26th, 2009 2:23 PM
At a press conference for injured movie and Kaiser workers at the Downey dump site mold expert Sharon Kramer reported on her efforts to expose the conflict of interest between the corporate doctor's trade group ACOEM and government agencies which are supposed to protect injured workers and the public. She discovered that ACOEM is an organization that promotes "junk" science and it's rules are written into the law in California with the deregulation of workers compensaton by Governor Schwartzenegger and the Democratic controlled legislature. She also reports on the role of Senator Edward Kennedy on deleting a government study on this conflict of interest.
Video 11.56 minutes 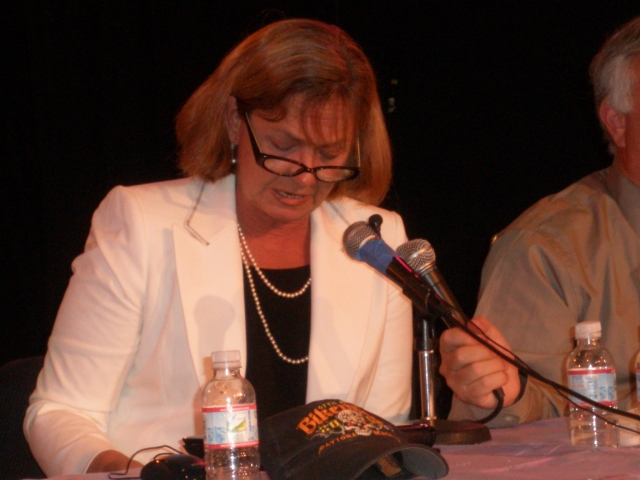 http://blip.tv/file/2520407 11.56 minutes
Sharon Kramer, an expert on mold and ACOEM spoke at a press conference called by the California Coalition For Workers Memorial Day for injured workers at the Downey toxic dump site. http://blip.tv/file/2483914
Kramer spoke on the conflict of interest between the trade group ACOEM and the need to defend people who are sickened by mold. She also reported on her efforts to get a Congressional investigation on this conflict of interest by ACOEM and the role of Senator Edward Kennedy on deleting this aspect in this important expose in a Congressional study.
California Coalition For Workers Memorial Day
P.O. Box 720027 San Francisco, CA 94172
http://www.workersmemorialday.org

American College of Occupational and
Environmental Medicine (ACOEM):
A Professional Association in Service to Industry
http://www.moldwarriors.com/SK/IJOEH_Oct07_LaDou.pdf

http://blip.tv/file/2520407
Add Your Comments
LATEST COMMENTS ABOUT THIS ARTICLE
Listed below are the latest comments about this post.
These comments are submitted anonymously by website visitors.