by Dan Bacher
A coalition of fishing organizations, environmental groups and Indian tribes filed papers in federal court on Monday, August 24 defending California’s imperiled salmon populations against the attack by corporate agribusiness and the "wise use" movement. 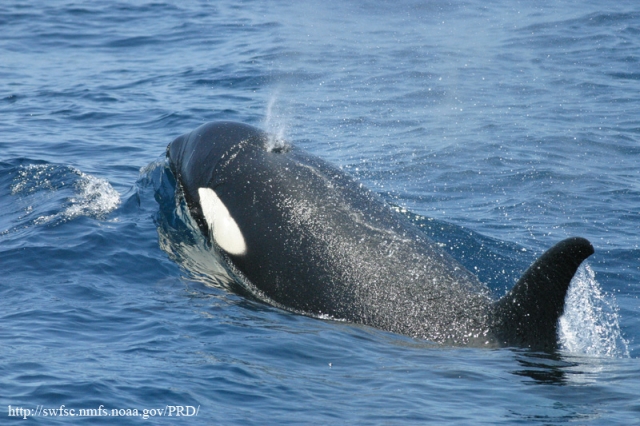 A coalition of fishing organizations, environmental groups and Indian tribes filed papers in federal court on Monday, August 24 defending California’s imperiled salmon populations against the attack by corporate agribusiness and the "wise use" movement.

"Today’s intervention is in a case filed by San Luis and Delta-Mendota Water Authority and the Westlands Water District, but the fishing, conservation and tribal coalition vows to intervene in each and every challenge to the scientifically sound 2009 salmon restoration plan and to defend the species from all industry-driven legal attacks," according to senior attorney Mike Sherwood of Earthjustice.

The National Marine Fisheries Service on June 4 released an 800-page biological opinion, a plan to prevent Sacramento River salmon runs from plunging over the abyss of extinction. This plan replaced one issued in 2004 by the Bush administration, in a classic case of political manipulation over the objections of federal fisheries scientists, that sent salmon runs into steep decline. Earthjustice, conservation groups, fishing groups and the Winnemem Wintu Tribe filed the lawsuit that resulted in the court order that mandated the federal fishery agency to rewrite the biological opinion.

Westlands and 29 other water agencies then filed a lawsuit against the biological opinion on June 15, claiming that the National Marine Fisheries Service should have prepared an environmental impact statement before adopting a salmon recovery plan that "will divert hundreds of thousands of acre feet of California's freshwater supplies into the ocean." The water district tried to portray a scenario of "imminent doom" if the court-ordered plan was allowed to proceed.

"Denying this much water to California is going to do obvious, serious and enduring damage to habitat, to wetlands, and to other endangered species," said Tom Birmingham, the general manager of Westlands. "It will reduce water quality and drive up the costs of water treatment for millions of people. And it will put tens of thousands of people out of work, which affects public health and safety in myriad ways."

Fishing groups, Indian Tribes and environmental organizations intervened in the lawsuit to defend the biological opinion, arguing that to keep exporting massive amounts of water to corporate agribusiness and southern California will destroy the salmon and the people that depend upon them.

“What is it with these people?” asked Gary Mulcahy of the Winnemem Wintu (McCloud River) Tribe, referring to Westlands and other opponents of the federal plan. “Can they not see that what they have done in the past is killing – the Delta, the salmon, cultures, the environment, and with it – people. All for what? Greed."

The Winnemem Wintu, a tribe that has been in the forefront of the battle to save the Delta and stop the peripheral canal, organized a war dance at Shasta Dam in September 2004 to protest the raising of Shasta Dam. The tribe was one of the plaintiffs in the lawsuit that resulted in the issuing of the re-written biological opinion, as well as the intervention filed today.

"Yet, they want to go back to what they were doing before the new biological opinion," said Mulcahy. "You cannot continue to destroy the things around you under the guise of economic growth, and expect the people to continue to believe in that lie forever. It is time to stop this madness. It is time to defeat these greedy and untruthful interests."

Mulcahy added, "It is time for Californians to just say NO to the big agribusiness and water agency grab for your water. We intervene to protect the salmon, the water, our culture, and the people.”

The 800-page salmon restoration plan set detailed prescriptions for operating the projects for the next 20 years in a manner that will avoid pushing the fish to extinction or further destroying their habitat, according to Earthjustice. Within days after the plan was released, industrial agriculture and commercial water users filed lawsuits to overturn this plan.

The groups that intervened in the lawsuit include the Pacific Coast Federation of Fishermen's Associations, Friends of the River, California Trout, Bay Institute, Federation of Fly Fishers, San Francisco Baykeeper and Sacramento River Preservation Trust.

“We can’t let agribusiness push for the status quo when it comes to our endangered salmon. The provisions in the biological opinion must be implemented in order to preserve and restore our once bountiful fisheries,” said Steve Evans of Friends of the River.

In 2008, CalTrout commissioned Dr. Peter Moyle at UC Davis to conduct an assessment of 32 different kinds of California’s native salmon, trout and steelhead. "The results of this assessment were sobering—within the next 50-100 years, 65 percent of California native salmonids will be extinct if current trends continue,” said Curtis Knight of CalTrout. “The bold and progressive actions of the NMFS calling for fish passage and adequate flows are precisely what is needed to stave off the extinction path of salmon in Central Valley.”

“If we expect to save the salmon and other fish of the Delta – indeed, the Delta itself – we must adhere to the best science and that is the biological opinion,” said Zeke Grader, executive director of the Pacific Coast Federation of Fishermen’s Associations, the largest commercial fishing organization on the Pacific Coast. “It’s time to tell the Schwarzenegger administration that the days of ignoring or overruling science - to placate fat cat political contributors at the expense of public resources - are over.”

The fisheries supported by the Earthjustice intervention are extremely valuable and important components of California’s $3 billion dollar per year recreational fishing industry, according to Douglas W. Lovell, Federation of Fly Fishers. The DFG estimated that the state’s economy lost $255 million dollars in revenue last year alone due to the closure of recreational and commercial salmon seasons. The season was closed this year and last because of the collapse of the Sacramento River salmon resulting from a combination of increased water exports, declining water quality and poor ocean conditions.

"Many anglers consider steelhead trout iconic - the ultimate recreational fish - a reputation that draws fishers from all points of the globe to Northern California’s rivers," said Lovell. "Fishing men and women consider it paramount to protect and restore these species."

“The science could not be clearer and the urgency could not be greater,” said Dr. Tina Swanson, executive director of The Bay Institute, a plaintiff in the case that overturned the Bush-era BiOp. “Experts agree that salmon and steelhead are at risk of extinction, and that water projects operations under the old biological opinion would have made things much worse.”

As corporate agribusiness litigates against the biological opinion, Governor Schwarzeengger and his staff are also ruthlessly fighting the implementation of the long-needed federal salmon plan. Schwarzenegger used an August 18 rally by the Latino Water Coalition, a front for the Westlands Water District and corporate agribusiness, as yet another opportunity to slam the biological opinion.

At the same rally, Schwarzenegger campaigned for a peripheral canal and more dams, an enormously costly and environmentally devastating project that will only serve to drive collapsing Central salmon, Delta smelt, longfin smelt, green sturgeon and southern resident killer whales into extinction. The canal would approximate the Panama Canal in width and length. To sign a petition and send a letter to save the Delta and stop the peripheral canal, go to http://www.calsport.org/8-22-09.htm.

For the complete Earthjustice press release, go to http://www.earthjustice.org/news/press/2009/groups-intervene-to-protect-california-salmon-from-industry-attack.html

You can read the intervention here: http://www.earthjustice.org/library/legal_docs/salmon-biop-intervention-82409.pdf