Add an Event
Newswire
Calendar
Features
Home
Donate
From the Open-Publishing Calendar
From the Open-Publishing Newswire
Indybay Feature
Publish to Newswire
Add an Event
Related Categories: East Bay
URGENT!: Tell Barbara Lee to Save Gary McKinnon
by Autism Liberation Front
Thursday Aug 6th, 2009 11:01 AM
Gary McKinnon has an autism spectrum disorder; he needs to be saved from the clutches of American injustice. Barack Hussein Obama continues the extradition of Gary McKinnon, despite testimony of Autism Specialists, a former NASA prosecutor, and members of the current British government. Obama's first extradition in his version of the war on terror is someone with a developmental disability. 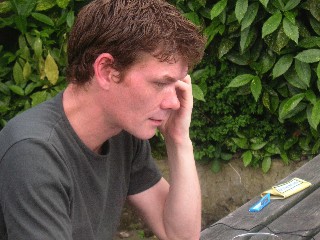 Obama's first extradition in his version of the war on terror is someone with autism. I repeat: OBAMA'S FIRST EXTRADITION IS SOMEONE WITH AUTISM!

Gary McKinnon has an autism spectrum disorder; he needs to be saved from the clutches of American injustice. He needs to stay home in the UK with his mom and his friends. Gary faces 70 years in an American super-max prison. His mental health with deteriorate, and we fear he will die in jail far sooner than later.

Barack Hussein Obama continues the extradition of Gary McKinnon, despite testimony of Autism Specialists, a former NASA prosecutor, and members of the current British government. Gary has the support of Lord Alex Carlile and the Liberal Democrats, as well as the Green Party of England and Wales. He has the support of Boris Johnson, the Mayor of London.

In 2001, Gary McKinnon entered unprotected (no passwords, no cyber-security) servers from NASA and the Pentagon. He was looking for photos of UFOs. The US Government ludicrously claims he was online not to look for pictures, but in attempt to destroy key parts of America's cyber-infrastructure.

Simon Baron-Cohen (cousin of Sacha Baron-Cohen), head of Autism Research at Cambridge University, has testified that Gary's Asperger's Syndrome played a key role in his behaviour and that he had no true criminal intent. He has examined and interviewed Gary, and basically serves as his therapist. Gary was looking to satisfy his own curiosities and had no sinister motive.

Former NASA prosecutor, as well as cyber-security expert, Joseph Richard Gutheinz Jr has spoken on behalf of Gary. Gutheinz argues the truth, that Autism is not respected in American, that the US over prosecutes people with development disabilities, and that Gary must stay in the UK.

Gary McKinnon's cause has been taken up by bob Geldof and David Fimour who put together a digital single to raise money and awareness for his legal defense.

STATEMENT BY GUTHEINZ VIA HERALD

I am retired NASA Office of Inspector General Senior Special Agent. I have seen the harm that illegal hacking has caused. I was even trained by the United States Government to hack into computers to understand the psyche and techniques used by hackers.

After retiring from NASA, I started practising criminal law and found that the American judicial system turns a blind eye towards the needs of the mentally ill. America is a great country and I am a proud American, but it is a country tied to many archaic legal principles.

Until just recently America executed mentally retarded offenders and still jails schizophrenics and other seriously mentally impaired defendants with little compassion. It is a country which fights drug addiction with long prison terms for the addicted. Individuals become judges on a record of zero tolerance where compassion has little value or is viewed as a negative.

If I were the prosecutor on Gary McKinnon's case, I would say keep him in England: you can have him fly him over here, he'll plea out, and we'll put him probation in England for a number of years with conditions. That is the compassionate thing to do, and that is what I haven't seen the American government offer. And that is where I think they are wrong.

I tell my students that laws exist to be followed and when the law is ignored, anarchy follows. I am known as a conservative on law and order issues, but I also believe in justice. I worry that Gary McKinnon might not find any justice in America.

For two years I fought to keep a young boy out of juvenile prison or a psychiatric ward, a boy who like Gary McKinnon has Asperger’s Syndrome, a form of autism. He went through hell in the legal system. There was no compassion, no understanding. They just wanted to lock the kid away. It was a heart-breaking case.

Predicated on that experience I was grateful when Texas Governor Rick Perry appointed me to the Texas Criminal Justice Advisory Committee on Medical and Mental Impairments, but once there I saw the same lack of concern by law enforcement and the judiciary towards the mentally ill that I saw as a defense attorney.

Gary McKinnon's is a case that demands that we use a little bit of compassion. What are you going to accomplish by extraditing him back to the United States and punishing him and putting him in prison? Are you sending a message out that if you've got a mental illness you better watch it? I do believe in what his mother says - separating him from her and his environment is going to be detrimental to his well being.

I hope a deal can be reached with American prosecutors that will offer Gary treatment rather than jail or prison, and permit him to remain in England around surroundings and people that will nurture him, and to this end I ask America to halt its efforts to extradite Gary and in the alternative work out a compromise that will protect its national security and enhance Gary’s well being.

If the guy didn't have autism, I'd say he's made his bed and he's got so sleep in it. My opinion would be different if Gary was a physical threat to others or a continuing threat to American national security, but neither appears to be the case.

If America is unwilling to strike a compassionate plea bargain with Gary’s defense attorneys I believe England must take steps to protect its citizen. In the case of Gary McKinnon, I have come to the conclusion that England should not extradite this man to America to face the prospect of injustice masked as justice.

Joseph Richard Gutheinz, Jr., J.D.
Attorney at Law
Retired NASA OIG Senior Special Agent
Add Your Comments
LATEST COMMENTS ABOUT THIS ARTICLE
Listed below are the latest comments about this post.
These comments are submitted anonymously by website visitors.