by dave id
From the PEOPLE OF THE STATE OF CALIFORNIA VS. JOHANNES MEHSERLE trial, here are the full court room transcripts of the final three days of the preliminary hearing -- May 27th, June 3rd, and June 4th at the Alameda County court house.

There is no need to rely on incomplete and misleading corporate media stories about the court proceedings. The corporate media has largely reported the testimony of the BART police verbatim, without revealing the major contradictions in their testimony nor their racist and violent behavior that was exposed in the court room. Read the perjurious testimony of BART police officers Marysol Domenici and Tony Pirone for yourself. They attempted to create a false sense of their fear on January 1st before Johannes Mehserle shot Oscar Grant III in the back. Read how, despite defense attorney Michael Rains' best efforts to subvert justice, the hearing closed with Judge C. Don Clay declaring, "There is no doubt that Mehserle intended to shoot Oscar Grant with a gun and not a taser," just before he ruled that Mehserle will indeed stand trial for murder. 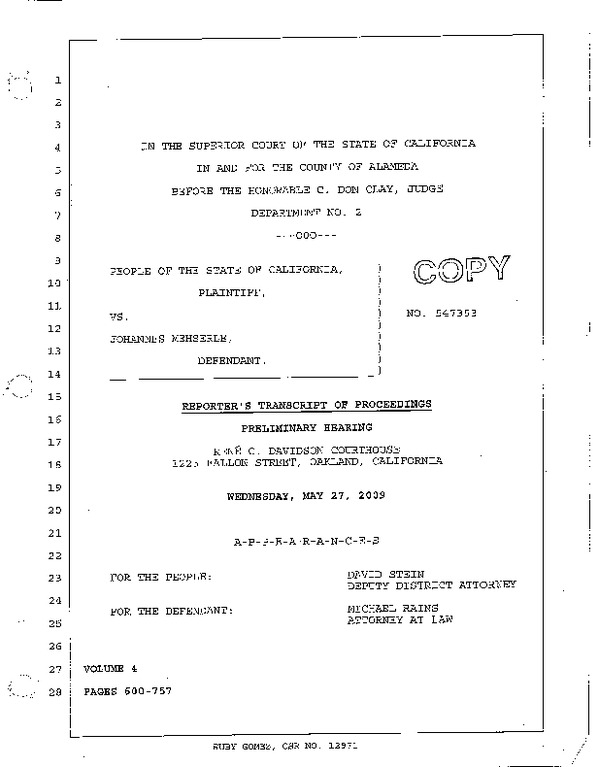 Indybay also has first-hand reports from Oscar Grant supporters who were inside the court room all seven days of the preliminary hearing at http://www.indybay.org/newsitems/2009/05/24/18597663.php.

Special thanks to those who generously donated the transcripts so that they can be shared here. Hopefully the court records for hearing days May 18th, 19th, 20th, and 26th can be acquired and posted here in the future as well.
END_OF_DOCUMENT_TOKEN_TO_BE_REPLACED
§Mehserle Preliminary Hearing Vol. 4, part 2, May 27th, 2009:
by dave id 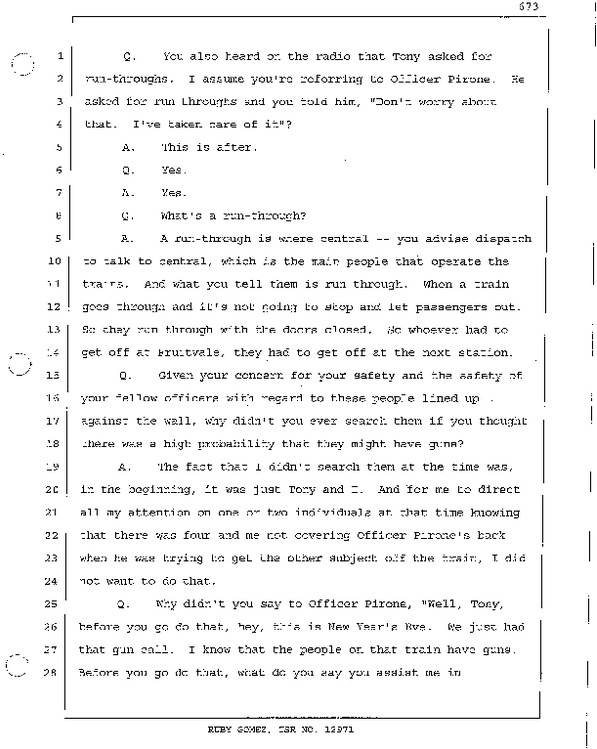 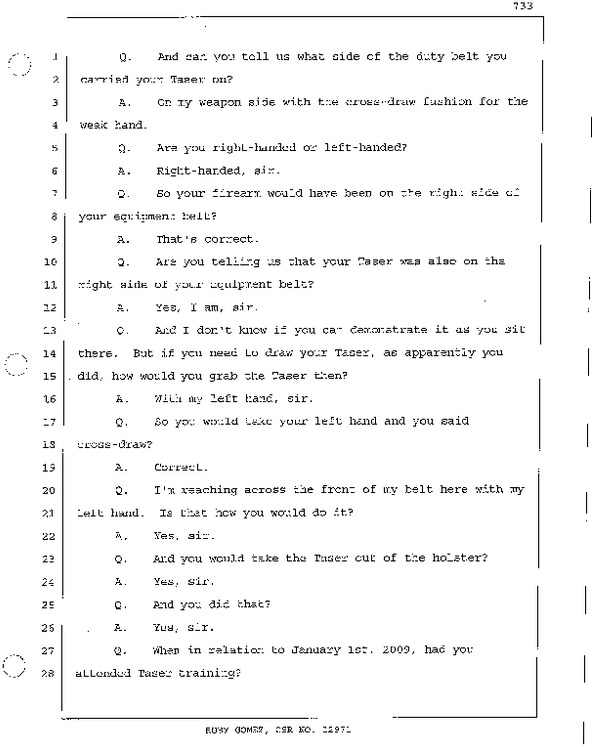 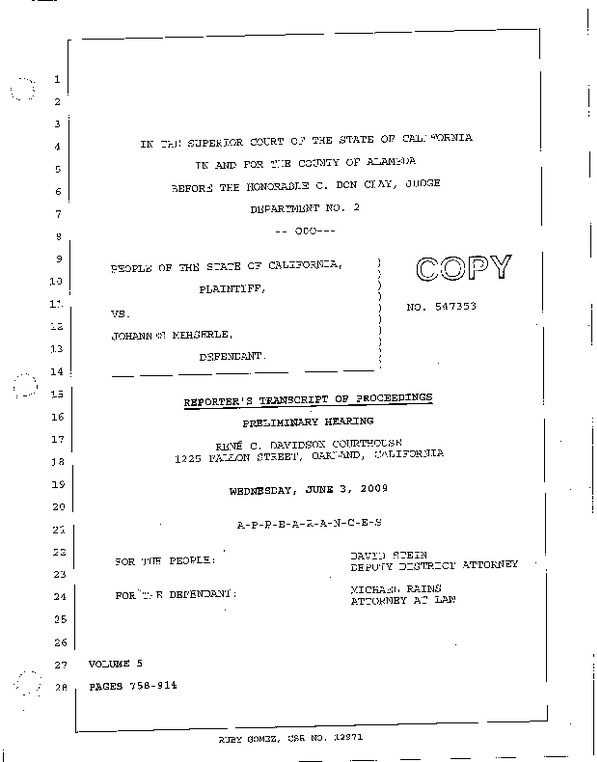 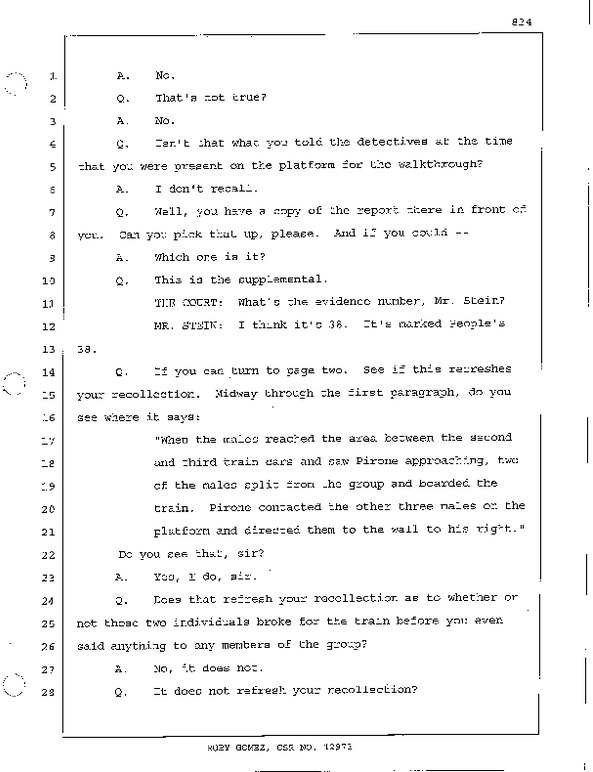 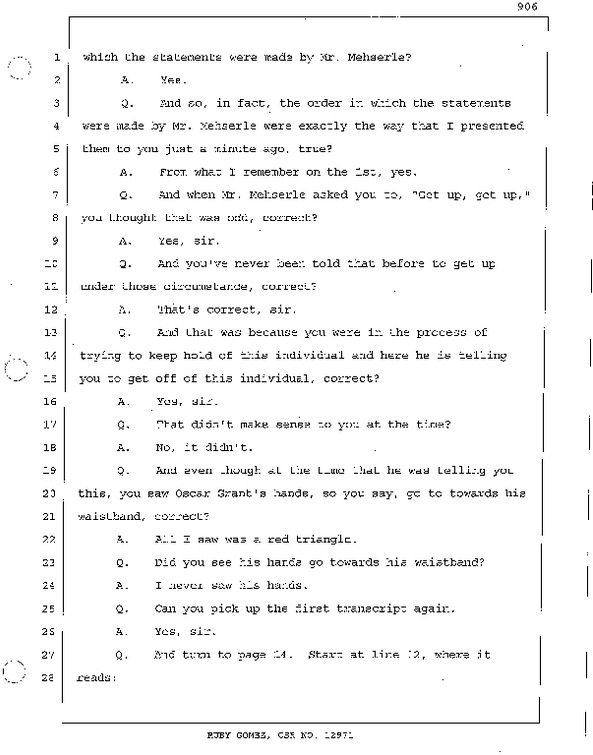 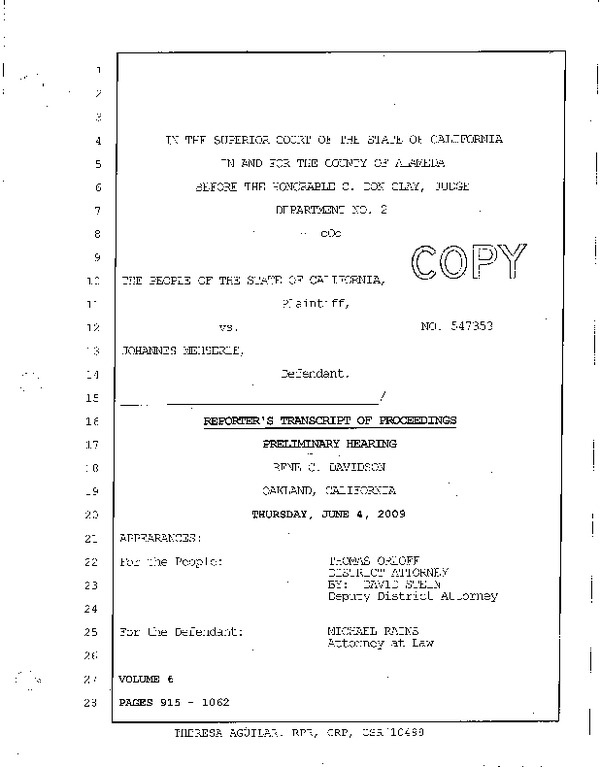 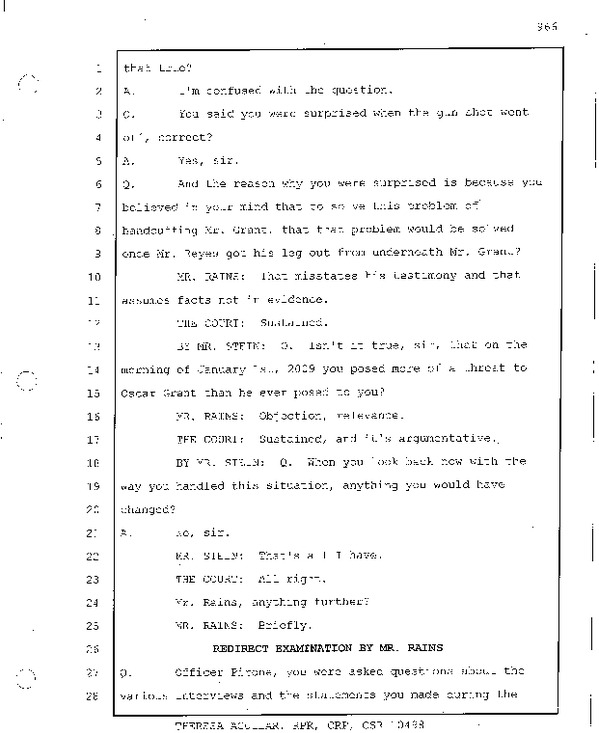 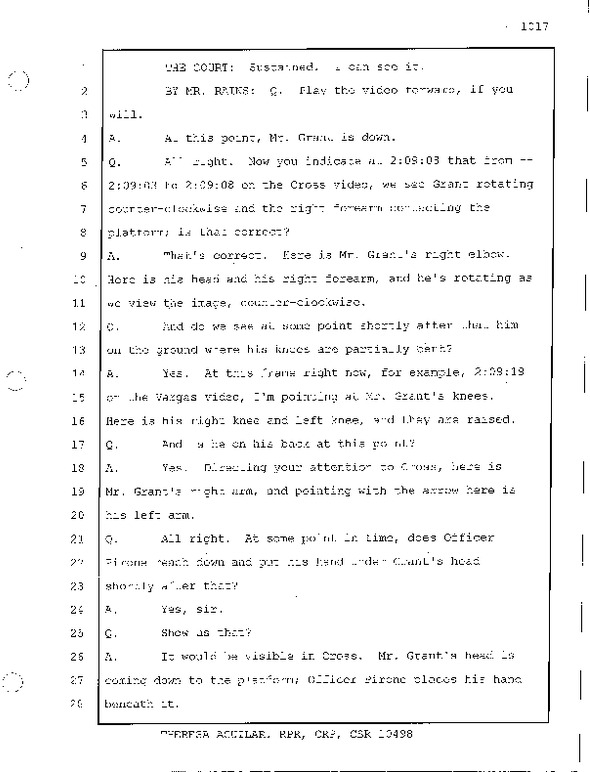 Download PDF (1.7MB)
(46-page PDF)
END_OF_DOCUMENT_TOKEN_TO_BE_REPLACED
Add Your Comments
Support Independent Media
We are 100% volunteer and depend on your participation to sustain our efforts!