Add an Event
Newswire
Calendar
Features
Home
Donate
From the Open-Publishing Calendar
From the Open-Publishing Newswire
Indybay Feature
Publish to Newswire
Add an Event
Related Categories: East Bay | Police State & Prisons
NOBLE requesting public take survey on performance of BART police
by disband BART police
Monday Jul 13th, 2009 5:41 PM
The National Organization of Black Law Enforcement Executives (NOBLE), who are supposedly conducting an "independent" top to bottom investigation of BART police, held two public meetings in June and now have created an online survey to gather public opinion. They are probably trying to get a wider viewpoint than that of the police accountability activists who would attend public meetings like the ones in June. Maybe NOBLE needs some help justifying the continued existence of BART police and are hoping for some people to respond about the skeeriness of BART parking lots (note that parking lot questions are largely targeted toward suburban passengers). It's not clear why the survey includes questions about race, especially when the long-time history of BART police includes racial profiling, that is serving different kinds of justice depending on the zip code and the color of the patrons being served -- all three people they've killed were African Americans in Oakland and Hayward. It's not surprising that NOBLE have chosen to do an online survey as it allows them to carefully craft the shape of the feedback they get, just as they attempted to do at the previous public meetings.

Here is the NOBLE announcement with the link to the survey. A copy of the actual questions are further below. Do what you will. Give them a piece of your mind or not. Be honest or not. Clear your browser cookies and take the survey over and over if that's your thing. Surveys such as this are not scientific anyway. 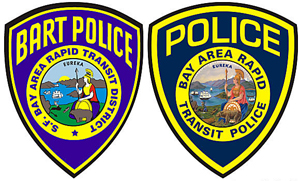 The scope of the study includes obtaining input from the Bay Area
community. The results will be analyzed and included in the final report
to BART. Your input and feedback on the quality and scope of police
services are important to and necessary for continued improvement of BART
police services.

NOBLE thanks you for your time and thoughtful input.
http://www.research.bart.gov/se.ashx?s=601...
§SURVEY: What is your race and marital status? Different justice for different folks?
by disband BART police Monday Jul 13th, 2009 5:41 PM
BART Police Survey--Some questions about you


Please take a couple minutes to complete this short but important survey about the BART Police Department. Thank you.


1. Do you live in the San Francisco Bay Area?
Yes
No


2. Have you ridden BART within the last three years?
Yes
No


5. How would you rate the relationship between the BART Police Department and the community?
Excellent
Good
Only Fair
Poor
Don’t Know


7. Have you or anyone in your household had contact with any BART police officer for any reason in the last year?
Yes
No
Don't Know


8. If yes, what was the nature of the contact? (check one of more)
To report a crime
To obtain information
Traffic stop
Assisted by an officer
Involved in an incident
Witness to a crime
Arrested
Victim of a crime
Questioned by police
Received a citation/ticket (e.g. parking ticket)?
Other:
Don't know/remember


11. In the past year, has BART police presence on the trains increased, decreased or stayed the same?
Increased
Decreased
Stayed the same
Don't know


12. In the past year, has BART police presence at BART stations increased, decreased or stayed the same?
Increased
Decreased
Stayed the same
Don't know


13. In the past year, do you think crime near the BART station where you live has increased, decreased or stayed the same?
Increased
Decreased
Stayed the same
Don't know


14. Do you believe there is a crime problem on a BART train, station, or parking lot that has not been addressed by BART police?
Yes
No
Don't know


15. How satisfied are you with the response time of BART police officers to a crime in progress?
Very satisfied
Somewhat Satisfied
Neutral
Somewhat Dissatisfied
Very Dissatisfied
Don't know


18. How safe or unsafe would you feel in a BART station after dark?
Very safe
Safe
Unsafe
Very unsafe
Don't know


19. How safe or unsafe would you feel in a BART parking lot after dark?
Very safe
Safe
Unsafe
Very unsafe
Don't know


20. How much confidence do you have in the ability of the BART Police Department to prevent crime?
Great deal of confidence
Some confidence
Little confidence
No confidence at all
Don't know


21. How would you rate the overall performance of the BART Police Department?
Excellent
Good
Only Fair
Poor
Don't know


22. What is your current marital status?
Single
Married
Widowed
Separated
Divorced
A member of an unmarried couple
Never been married


Please answer both questions 24a and 24b

24a. Are you Spanish, Hispanic or Latino?
Yes
No


24b. What is your race or ethnic identification? (check one or more)
White
Black or African American
Asian or Pacific Islander
American Indian or Alaskan Native
Other - please specify:

25. What is the highest level of school you have completed?
Less than high school
High school/GED
Trade/technical school
Some college
College degree
Graduate degree
Don't know


Thank you for completing the survey. Please click the "submit survey" button below.

http://www.research.bart.gov/se.ashx?s=601...
Add Your Comments
Support Independent Media
We are 100% volunteer and depend on your participation to sustain our efforts!