by Steve Haze (stevehaze007 [at] gmail.com)
A new alternative has emerged in the debate over water in the valley. This article argues that re-establishing Tulare Lake is the smart way to go. 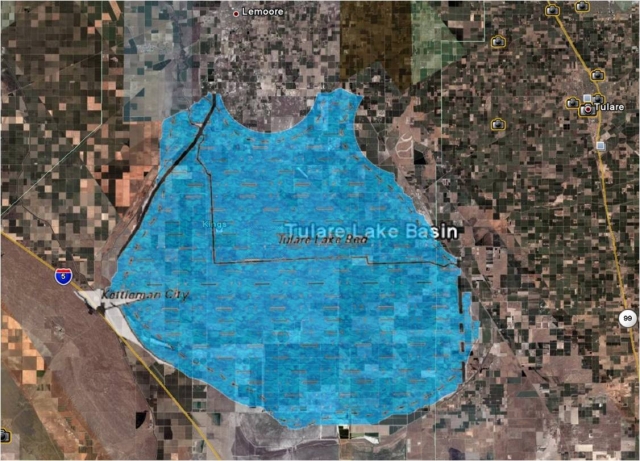 Did you know that at one time the largest freshwater lake west of the Mississippi used to be right here in the San Joaquin Valley, just down Highway 41 heading from Fresno past Lemoore over to Kettleman City and Interstate 5? And, would you believe that at one time this lake covered over 500 square miles and contained almost as much fresh water as is now stored in all of the reservoirs in California today?

For many centuries Native Americans lived peacefully along its great shores and abundant waters full of fish and waterfowl using their handmade tule reed canoes to navigate its great expanse. Until the late 18th Century they continued to live rather peacefully around the lake during the Spanish Mission period of California. Then in 1848, gold was discovered and the great multitude of outsiders from throughout the world and America showed up to seek their fortunes along the Sierra Nevada Mountains.

Within a few decades, Americans were homesteading and began farming using the life giving and seemingly infinite waters cascading from those previously gold laden mountains. And slowly into the 20th century those waters became the new gold which made a desert bloom. But, it wasn’t long thereafter that the Tulare was drained of its precious liquid gold and the lake bottom itself was farmed. And yet, in spite of it having been drained of nearly 25 million acre feet of fresh water (1 acre foot is 326,000 gallons of water that covers the area of a football field 1 foot in depth) – with the dry lake bottom farmed primarily for cotton over these many decades – this great phantom still shows on maps in California as the Tulare Lake!

Why bring up another sad story of a great environmental calamity of such historic proportions? Doesn’t that story deserve to remain buried? In this day and age of water shortages, endangered species – such as the delta smelt; and prolonged drought – what about high farm worker unemployment, poor drinking water quality and our farming communities withering in the long hot dry days? Doesn’t it seem that there are very few options to solve these many pressing problems? Isn’t that the story that needs to be told?

There are those who continue to bang the drum of “build more dams” while using negative rhetoric such as “fish versus people” and “rural cleansing” and “destruction of our way of life”. The “Water Buffalos” such as the Kern County Water Agency (KCWA) and Westland Irrigation District (WID) demand that “their water” is given to them – regardless of the consequences to others – including the potential to create irreparable harm to farm workers, farmers and farming communities in other parts of the great Central Valley – such as the Sacramento – and within the Delta region most importantly. This does not matter even if it includes an environmental collapse – and massive costs to taxpayers of some of their major schemes to building more dams and create private water banks.

And, what about the question of environmental and economic justice for people in those same small rural farming communities? Amazingly, you would think that there is agreement that the best quality water in California would be made available for drinking to those underserved communities. However, the truth be known, 95% of the purest water in California that comes out of the southern Sierra Nevada mountains is laid on the land for crops – not for people first! Yet, to hear the argument from those same water buffalos – it’s always “fish versus people” as the premise. Is it possible that it is really an argument of “my crops and commodities first – versus those people”?

What is missing from the debate on water is knowing what the real numbers are – that is, how much water do we have (supply); and whether it can be used on a sustainable basis – and, how much flows into or outside the San Joaquin Valley region. Finally, is there a way to manage our needs for water (demand) in a much more effective and efficient manner. Did you know that some of the least expensive and best water is less than $50 dollars an acre foot – yet, bottled water which is unregulated can cost over $1 million dollars an acre foot, (I’ll be happy to do the math!)?

Also, another part of the debate is being aware of the fact that under the State Constitution, water belongs to all of the people of California as part of the Public Trust and for their benefit. Thus, there may be a “legal right” for those to use water for highest and best use – but, those rights are not in perpetuity and can be challenged at any time. Good examples of this include Mono Lake and Owens River on the eastern side of the Sierra Nevada. Each was successfully litigated and now being restored based upon the public Trust and Benefit. Another example includes the recent settlement of the San Joaquin River lawsuit that spanned 18 years – and, the agreement for restoration of the river and re-establishment of the historic salmon fisheries below Friant Dam down to the Merced River. What each of these success stories exemplifies is that there are ways to overcome technical, financial, legal and political hurdles – in order to re-establish multi-beneficial uses of the people’s California water. This illustrates the ability to comprehensively accommodate our drinking water needs for rural and urban communities; our needs to grow crops for food, fiber and timber – while simultaneously maintaining a healthy economy and environment.

The restoration of Tulare Lake can continue to take us down the right path towards economic and environmental sustainability. Just like the San Joaquin River below Friant Dam, precious remnants of this phantom lake remain. And, just like those of us involved in environmental and economic justice for our underserved communities as it relates to jobs, air quality, clean drinking water – or those involved in improving the natural environment for education, recreation, plants and animals – this modest restoration proposal can contribute greatly to those same positive outcomes of creating livable and sustainable communities within the San Joaquin Valley.

However, be forewarned – there is a political train leaving the station – and another attempt to keep things “business as usual” when it comes to how our water is managed by others. This means more dams – including massive surface storage on the San Joaquin River above Millerton Lake; private water banking schemes such as the significant expansion of KCWAs – and finally, the construction of a “Peripheral Canal” around the sensitive Delta farming region within the Central Valley. And of course, all of these massive proposals will be primarily paid through mega construction bonds which the people of California cannot afford. Yet, 99% of the benefits go back to those same Water Buffalos who have been leading nearly all of our local elected officials at all levels of government blindly off a fiscal and environmental cliff.

The restoration of Tulare Lake rather than a massive dam on the San Joaquin River is a pragmatic opportunity to bring back some amount of political sanity to our water woes here in the San Joaquin Valley. For starters, you can have twice the surface storage for 1/5th the cost – or 20 cents on the dollar. Could you imagine what can be done for less than $1 billion – versus $5 billion dollars as the water buffalos propose? And, other benefits include managing the flood waters from four rivers rather than just one for beneficial use! And, how about bringing pure mountain water for drinking to our small rural farming communities in the valley? That’s what Tulare Lake restoration could do! Or, why not create connections between existing canals such as the Friant-Kern down into the Tulare Lake so water can be moved more effectively – and cost efficiently? And finally, why not restore the lake for environmental and recreational benefits? Won’t that improve the quality of life for all of our farming communities as well – and move us in the direction of environmental and economic justice for the underserved?

The following chart highlights some of the most important benefits of restoring Tulare Lake:

Unfortunately, there’s not enough space to explain all of the financial, technical and environmental details on how this would all work. However, more information is available at the following web site: http://www.sjvwlf.org

###
(Steve Haze is in his eighth year of working on water resource quality and quantity challenges in the San Joaquin River through the State of California’s CALFED Bay Delta Watershed Program. He is also the Program Director for the San Joaquin Valley Water Leadership Forum which is promoting alternative approaches to managing water resources within the region – including the restoration of Tulare Lake for surface and groundwater storage. More, details of the program and how you can help can be provided by contacting Steve at: 970-6320 – or via email at: stevehaze007 [at] gmail.com )
END_OF_DOCUMENT_TOKEN_TO_BE_REPLACED
§Sea of Blue
by Steve Haze 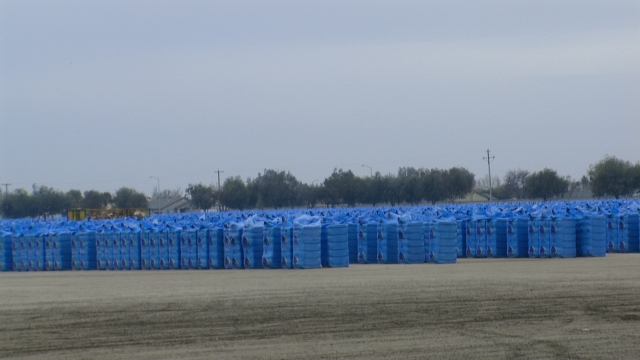 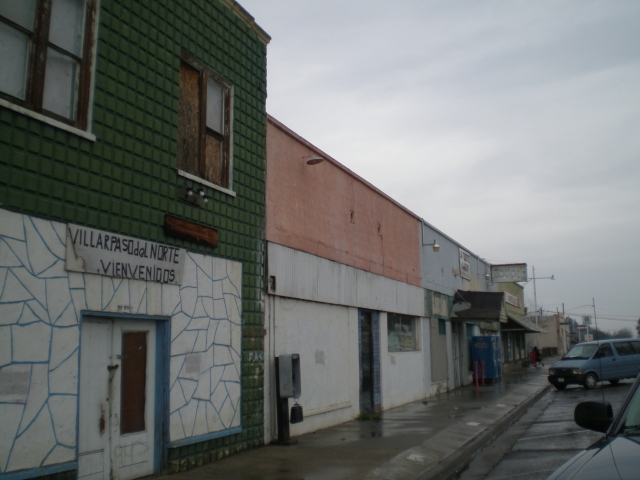 original image (3072x2304)
Photo of the town of Stratford and its steady decline over many decades. Could this be because of environmental regulations - such as delta pumping restrictions due to the delta smelt? Highly unlikely! 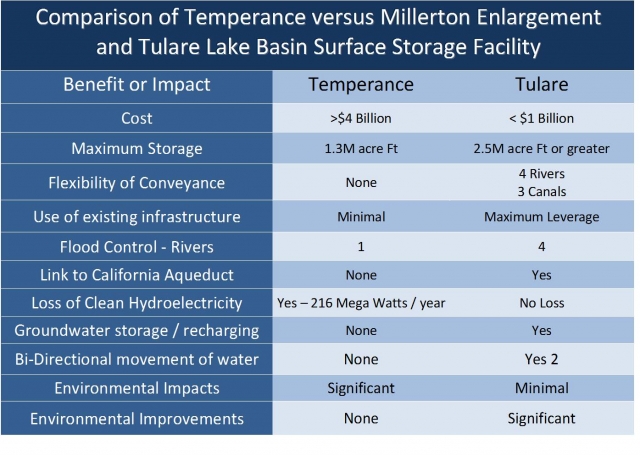 original image (1395x993)
END_OF_DOCUMENT_TOKEN_TO_BE_REPLACED
Add Your Comments
Latest Comments
Listed below are the latest comments about this post.
These comments are submitted anonymously by website visitors.
TITLE
AUTHOR
DATE
We are Blessed but very Stupid
Scott Hawkyard
sure would be glorious to refill this old dead lake...
Arthur W Henrick
Restore Tulare Lake!
Susan Stienstra
Support Independent Media
We are 100% volunteer and depend on your participation to sustain our efforts!