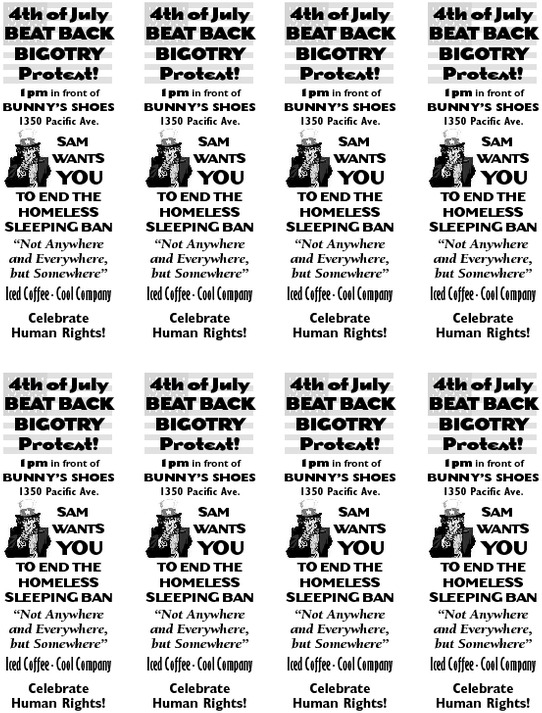 Download PDF (46.4KB)
Join us this Saturday, July 4th at 1pm in front of Bunny's Shoes, 1350 Pacific Ave., Santa Cruz for our weekly, ongoing protest demanding that merchants respect the rights of all, including the homeless!

Bunny's Shoes, 1350 Pacific Ave., Santa Cruz showed their support for Bigotry when they supported a court action and condoned a court decision to arrest a "targeted" homeless couple if caught sleeping in the immediate downtown Santa Cruz area.
Join us this Saturday, July 4th at 1pm in front of Bunny's Shoes, 1350 Pacific Ave., Santa Cruz for our ongoing protest which encourages shoppers to buy only from merchants who support Human Rights for all, including the homeless, and who support an end to the Santa Cruz Sleeping Ban.
Add Your Comments
LATEST COMMENTS ABOUT THIS ARTICLE
Listed below are the latest comments about this post.
These comments are submitted anonymously by website visitors.