by M.
On Sunday, June 21, the Israeli State Persecutor ordered the Israeli police to start an investigation of the Indymedia Israel collective and site. At the heart of the investigation is an article posted to the site with a picture of a soldier who according to witnesses have murdered Bassam Abdallah Abu Rahma. The posting with the heading “murderer“ asks for the name of that soldier so that he can face murder charges. Abu Rahma, a prominent organizer of the demonstrations against the apartheid wall in Bil'in, was shot and killed on April 17th during the weekly demonstration by a gas canister. He did not posses any threat to the soldiers, who are guarding a wall that was determine to be illegal by Israel’s High Court two years ago. 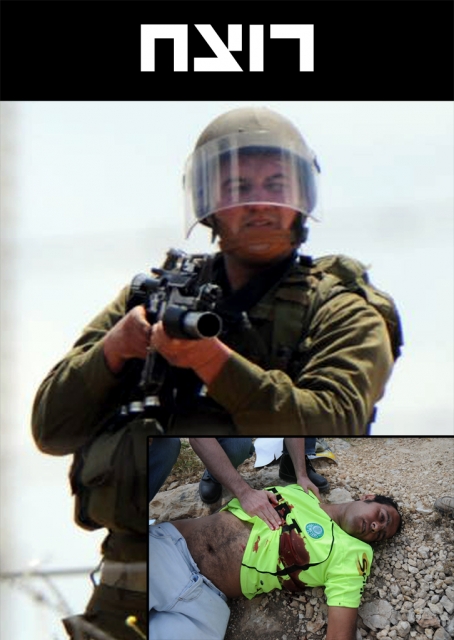 original image (726x1022)
Instead of investigating the murder of Abu Rahma, the Israeli persecutor has determine (without a trial where witnesses can come and testify) that the soldier in the picture did not shot Abu Raham, and that’s its actually IMC Israel that should be investigated for “insulting a public worker”.

The investigation of Indymedia Israel is once again proof that Israel is not a democracy but an apartheid state, where the murder of Palestinians goes unnoticed and is not questionable. Those who dare to challenge the right of murderers to walk freely, are condemned to being investigated and jailed.

http://dada.israel.indymedia.org/newswire/display/10714/
Add Your Comments
Latest Comments
Listed below are the latest comments about this post.
These comments are submitted anonymously by website visitors.
TITLE
AUTHOR
DATE
It's True
Upgrades
Anyone know why the Indymedia Israel site is down?
Nigel Parry
Why is Israel.Indymedia.org down?
drew3000
upgrades?
de.indy fangroup
why is the indy israel site still offline?
berlin author
too bad nobody edited this terribly written article but very good point
reader
Support Independent Media
We are 100% volunteer and depend on your participation to sustain our efforts!