Add an Event
Newswire
Calendar
Features
Home
Donate
From the Open-Publishing Calendar
From the Open-Publishing Newswire
Indybay Feature
Publish to Newswire
Add an Event
Related Categories: Santa Cruz Indymedia | Education & Student Activism | Police State & Prisons
Demonstration at Courthouse Against Gang Enhancements and the Overcriminalization of Youth
by ~Bradley (bradley [at] riseup.net)
Wednesday Jun 17th, 2009 10:42 PM
On June 17th, community members, organized by the newly formed Alliance Against Gang Enhancements, rallied and handed out flyers on the steps of the Santa Cruz County Courthouse and the corner of Ocean and Water to educate the public about the realities of gang enhanced sentences. Organizers say that the sentencing "enhancements" [sic] broadly criminalize youth and do not deter future gang crimes. Rather, they result in huge costs passed on to taxpayers and overcriminalize youth in marginalized communities.

Support for the demonstration was expressed by many car drivers and passengers, as well as people entering the courthouse. However, some folks were apparently less enthusiastic, such as the prosecutor against Richard Bentancourt. The jurors for Bentancourt's trail were reportedly brought into the courthouse through a backdoor. Bentancourt and two other people are on trial this week for a "gang crime" in which the defendants allegedly participated in a fight in Santa Cruz.

A "gang enhancement" or allegation of involvement in a criminal street gang can transform a simple misdemeanor charge, like shoplifting or trespassing, into a felony crime with consequences that include prison time and juveniles being tried as adults. 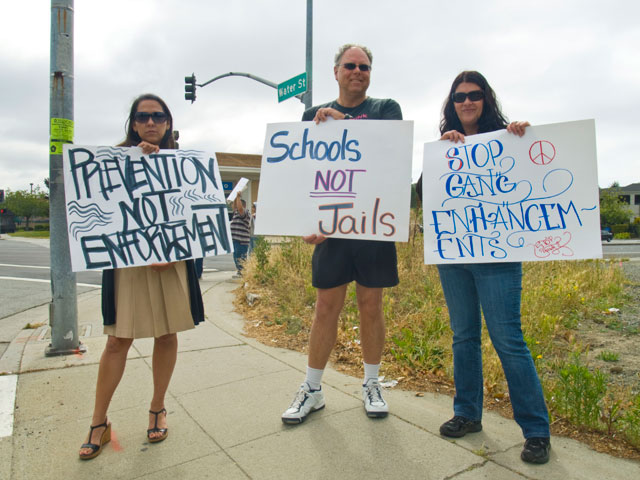 For more information, please read the announcement for the demonstration: 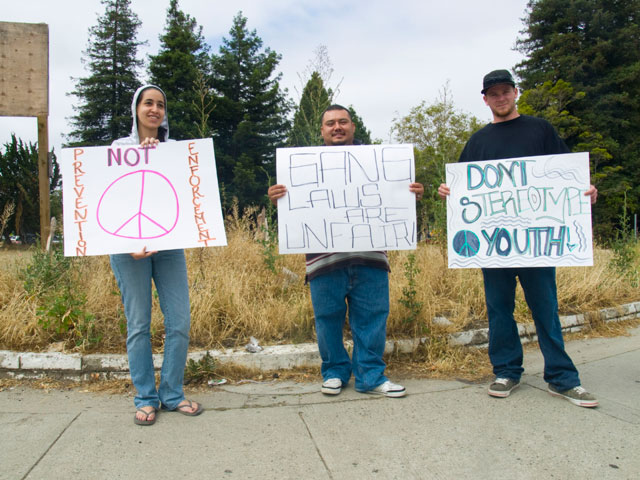 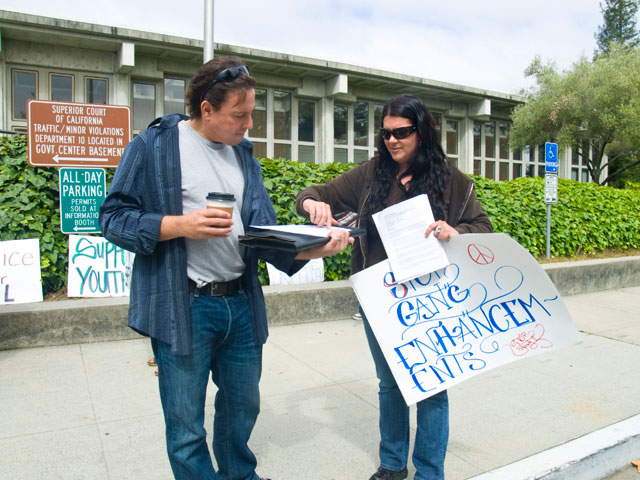 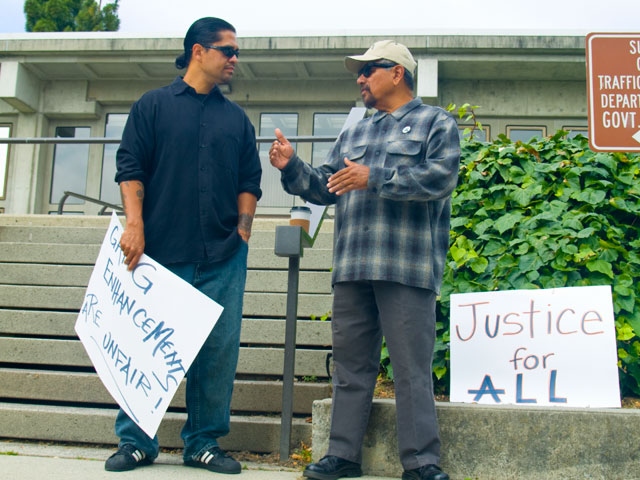