by 309
On Saturday, June 6, hundreds came to Rabin square in tel aviv to commemorate 42 years of the occupation of Gaza by the Israeli military. 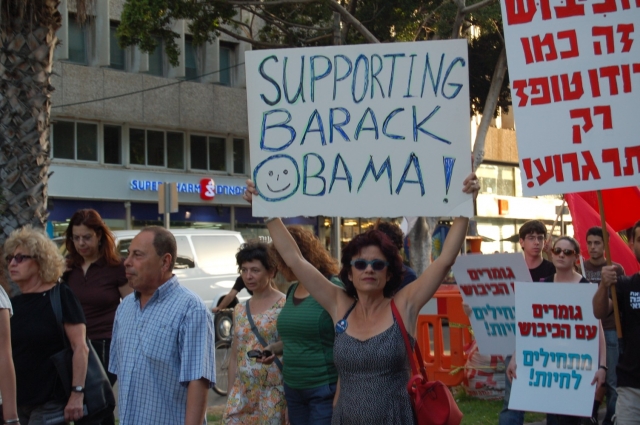 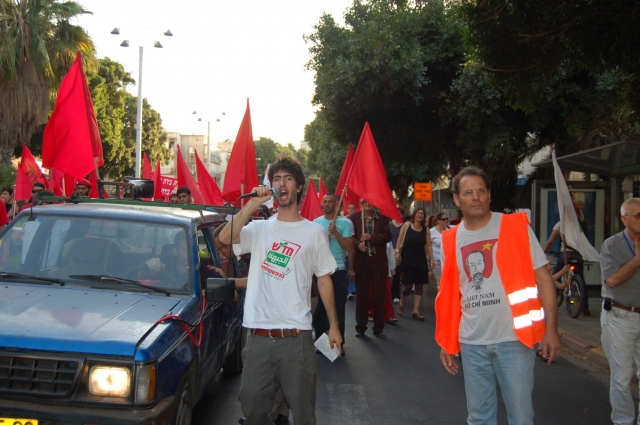 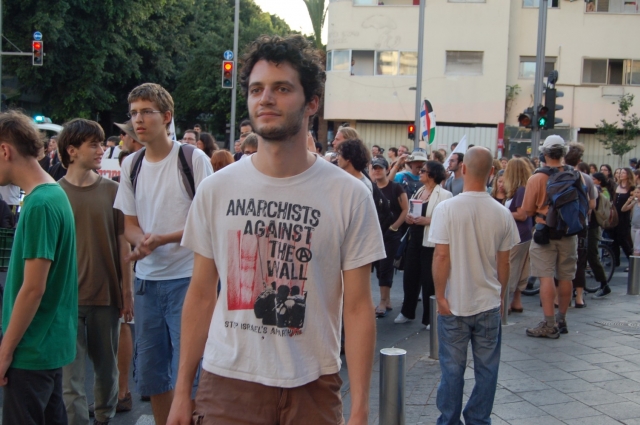 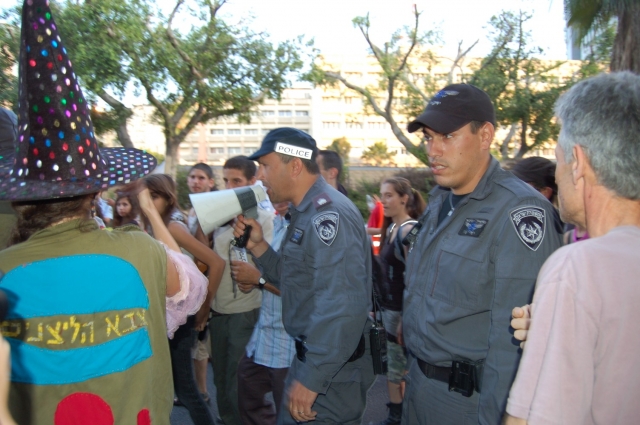 original image (1504x1000)
the pig in the picture is from the (border) military police, known for its brutality against Palestinians. in what would sound familiar to anyone who has demonstrated in the Bay Area, he demands that people clear the roads (while pushing people) since the demonstration is over. obviosley the blocked and starvation of more then a million and half Palestinian should not disturb the daily life of drivers in Tel Aviv. the anarchists block replied by chanting "border police you murderers- the Intifada will win!"
§
by 309 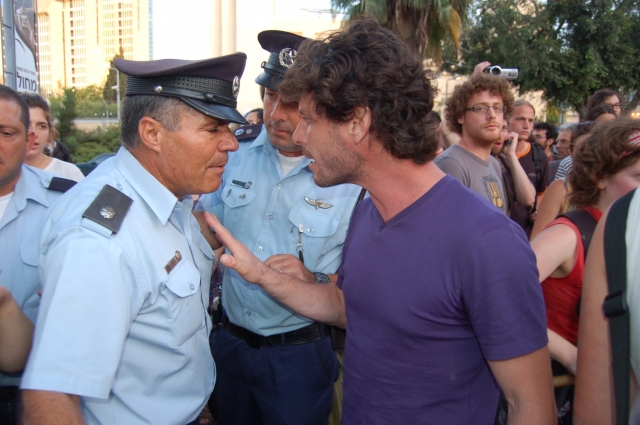 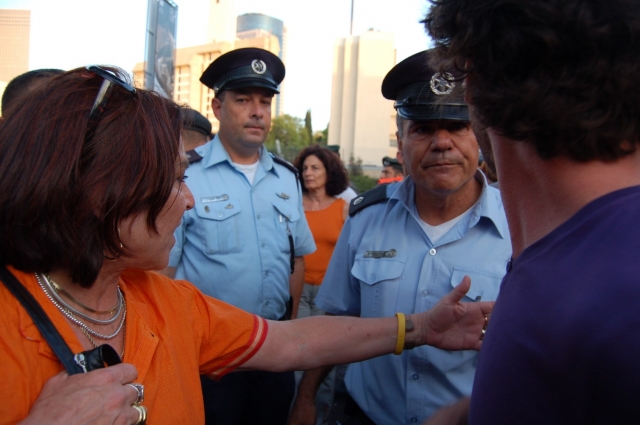 original image (1504x1000)
Add Your Comments
Latest Comments
Listed below are the latest comments about this post.
These comments are submitted anonymously by website visitors.
TITLE
AUTHOR
DATE
Only 20 showed up in san francisco though
resist
Return US Tax Dollars to US Workingclass
$
Support Independent Media
We are 100% volunteer and depend on your participation to sustain our efforts!