by dave id
At this week's Town Hall for Justice for Oscar Grant, Minister Keith Muhammad, Reverend Ramona Tascoe, and Oscar Grant's uncle Cephus Johnson all offer direct reports from inside the court room during Johannes Mehserle's ongoing preliminary hearing in his trial for the murder of Oscar Grant. They point out that the BART police involved in the murder of Oscar Grant have been exposed repeatedly by the prosecutor as they tell lie after lie in the court room and yet the corporate media has failed to mention anything about these developments.

The effort to recall Alameda County District Attorney Tom Orloff is moving forward. Tom Orloff has already submitted a response which listed several law enforcement representatives and two local NAACP chapters, including the Oakland chapter, as supporters of his.

Also speaking at the Town Hall is retired Judge Claudia Marco from Detroit who recently returned from a United Nations' Durbin Conference committee meeting in Geneva, Switzerland focused on the elimination of racial discrimination around the world. She gave a presention on the need to eliminate police brutality and racial profiling in the U.S. which included the case of Oscar Grant, the misuse of tasers, and other injustices. She noted that people from 156 nations are now aware of the murder of Oscar Grant.

Minister Keith Muhammad speaks first about the Caravan for Justice III on May 26th -- the third in a series of trips to Sacramento intended to pressure state legislators to fix unjust laws such as three strikes and policies that create a "pipeline to prison" for California's youth of color. He also discusses our corrupt economic system that favors the wealthy and has led to the current state financial crisis whereby California now finds itself tens of billions of dollars in debt. Finally, he goes on to report on what he has seen inside the court room during the days he has attended the Mehserle preliminary hearing:
Listen now:
Copy the code below to embed this audio into a web page:
Download Audio (10.7MB) | Embed Audio
(audio 31:15)

She starts by noting the racial profiling that was done by a paranoid "citizen cop" Dennis Zafiratos, who initially set off the chain of events of that night by calling the BART train operator to report an exaggerated disturbance.
§Keith Muhammad, Ramona Toscoe, & Cephus Johnson continue to discuss details of hearing
by dave id
Listen now:
Copy the code below to embed this audio into a web page:
Download Audio (7.3MB) | Embed Audio
(audio 21:24)
§Judge Claudia Marco
by dave id 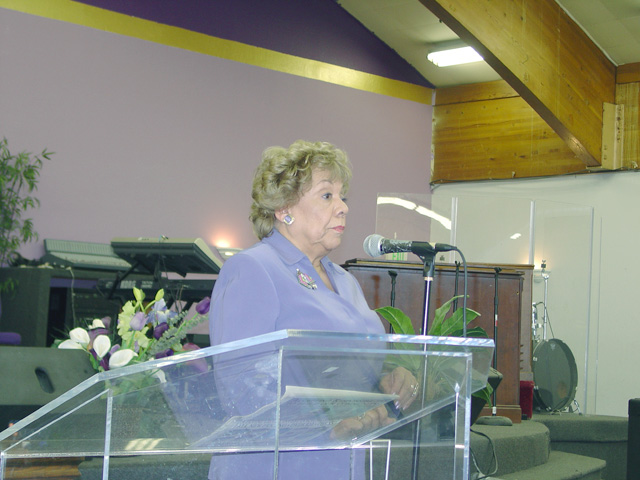 Minister Keith reads the recently posted public notice that appeared in Alameda county newspapers to announce the intent to recall District Attorney Tom Orloff. It was the next official step after having already filed twenty initial recall petition signatures with the county.

Not surprisingly, every police chief in Alameda and other law enforcement officials have already announced support for DA Orloff in fighting the recall effort.

Surprisingly, two local NAACP chapters, including the Oakland NAACP, have listed their support for Tom Orloff. Apparently, local NAACP president George Holland even sat with the Mehserle family at the preliminary hearing.

If you do not believe the NAACP should be supporting Orloff, Minister Keith encourages you to contact Oakland NAACP president George Holland at georgehollandattorney [at] yahoo.com.

Recall updates will be posted at:
http://www.recallorloff.org
Add Your Comments
Latest Comments
Listed below are the latest comments about this post.
These comments are submitted anonymously by website visitors.
TITLE
AUTHOR
DATE
re: the whole story
huh
Justicd for Oscar- the whole story
jc
Support Independent Media
We are 100% volunteer and depend on your participation to sustain our efforts!