Hundreds of people attended a rally on Monday, June 1st at Natural Bridges State Beach to save State Parks and Beaches. 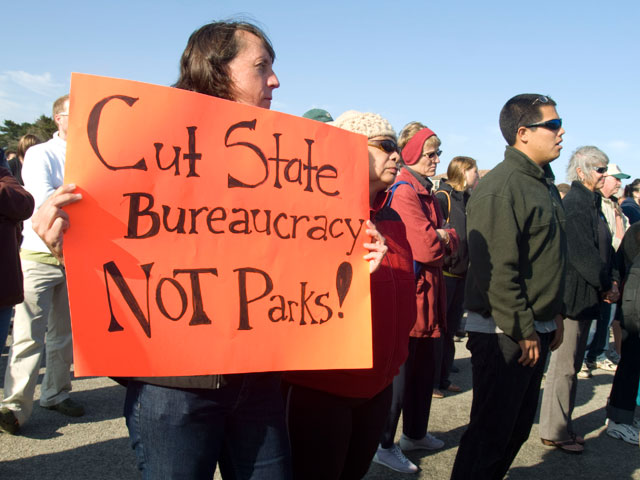 On Tuesday, June 2nd, Friends of Santa Cruz State Parks took a bus to Sacramento for the only public hearing on this proposal before the Legislative Budget Conference Committee. 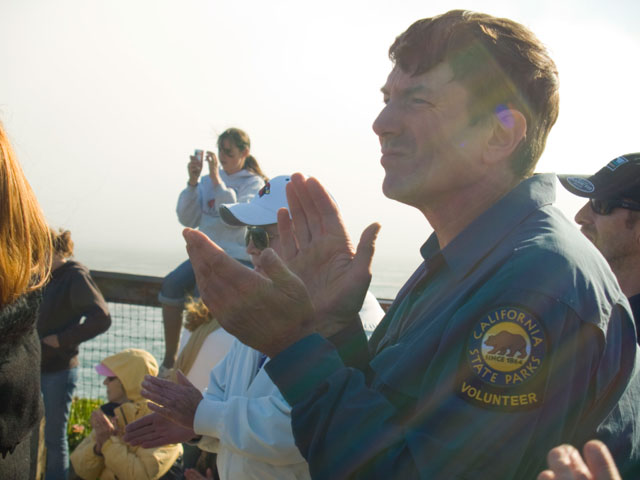 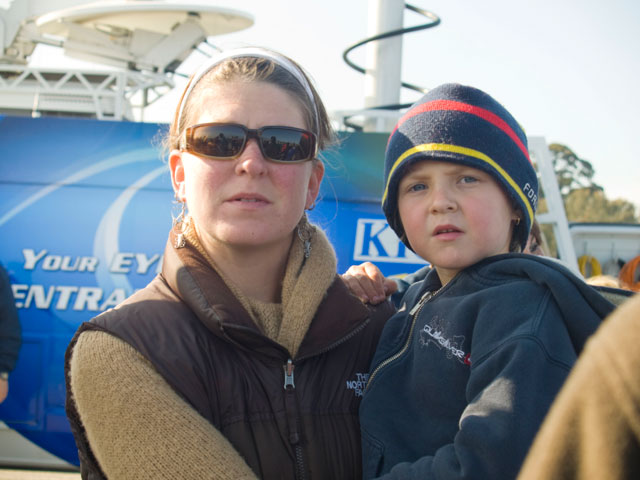 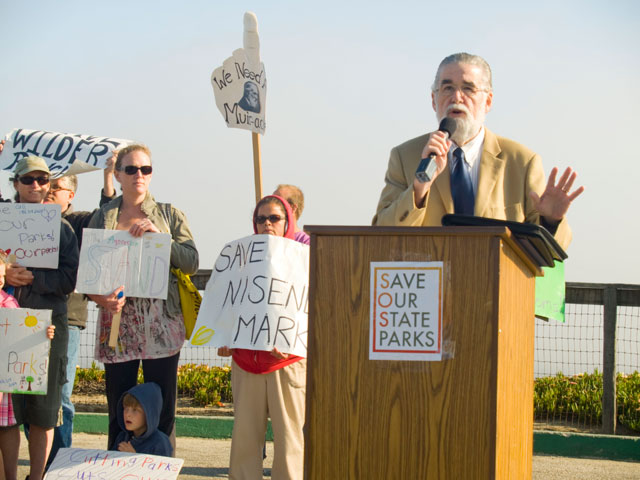 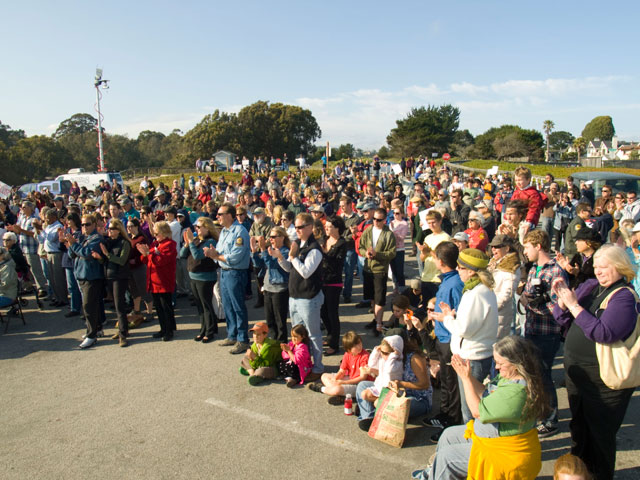 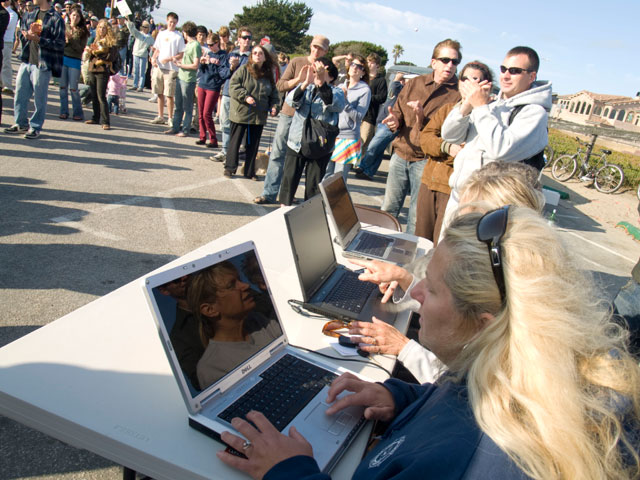 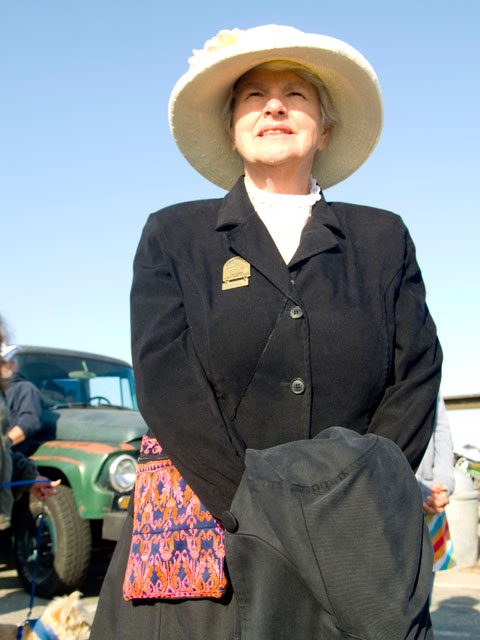 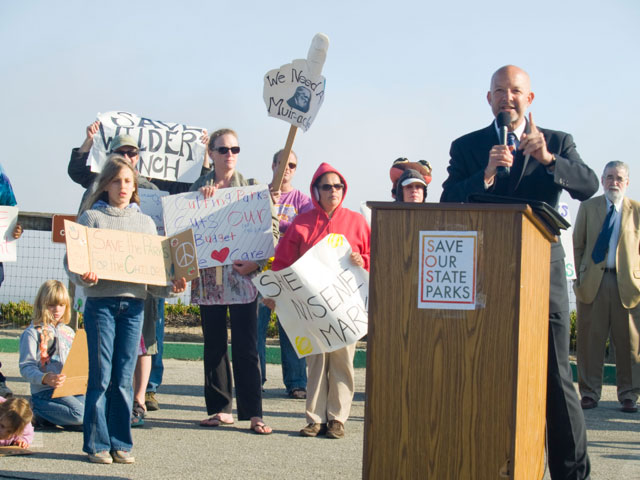 Keeley explained that under Schwarzenegger's budget plan, the State Parks & Beaches will not be closed; they will be abandoned. Keeley concluded his remarks by saying, "Save our parks and save our state!" 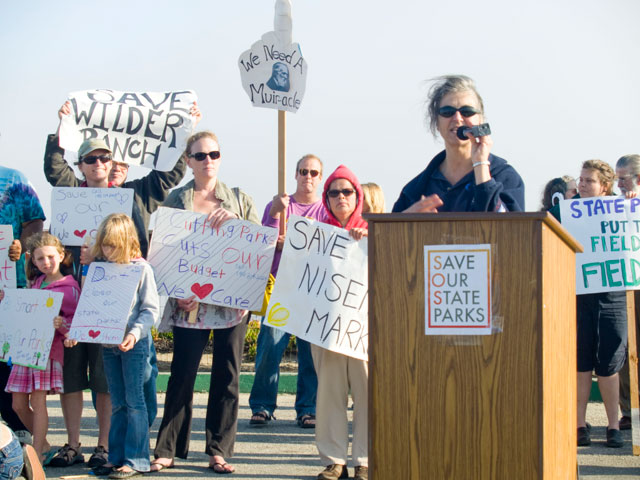 By the late 1800s, redwood forests were gaining international appreciation. Early conservationists, including such notables as Andrew P. Hill, Father Robert Kenna, Carrie Stevens Walter and Josephine McCracken, led the movement to create a park to preserve the mighty redwoods. On May 19, 1900, the Sempervirens Club was formed at the base of Slippery Rock, within the present day park. In 1902, the California Redwood Park was created in Big Basin on 3800 acres (15 km²), most of it old growth forest. 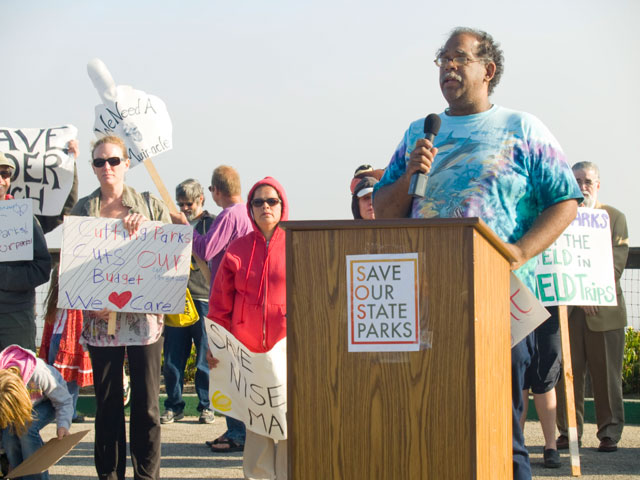 Lee was holding a sign that said "Save Seabright." He also went to Sacramento on June 2nd as part of the effort to save the Parks.
§Teacher in San Jose
by ~Bradley Tuesday Jun 2nd, 2009 5:22 PM

I didn't catch her name, but this elementary school teacher in San Jose said that her students were very upset to learn that their favorite State Parks, including San Juan Bautista State Historic Park, are threatened with closure. 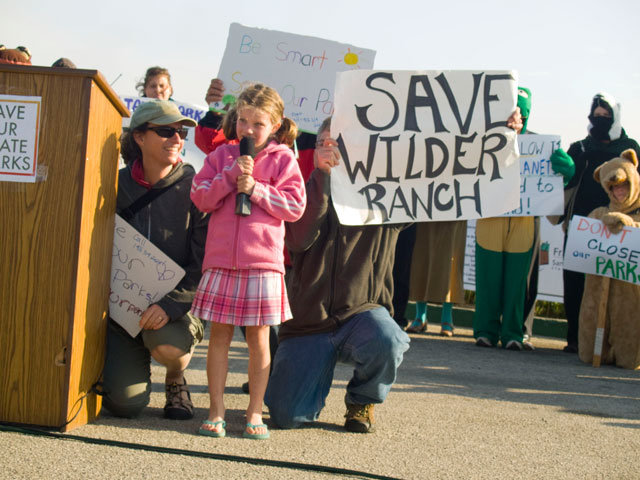 This young lady said, "My dad works at Wilder Ranch and I like learning about old days. That's why I want to keep the Parks open."
§"Old People"
by ~Bradley Tuesday Jun 2nd, 2009 5:22 PM 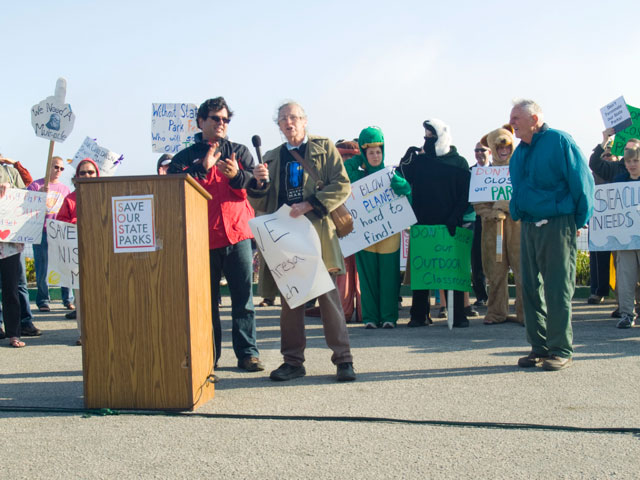 This lady said, "We are old people and we pay taxes. We own the Parks and we own the schools."
§Save Castro Adobe, Castle Rock and Twin Lakes
by ~Bradley Tuesday Jun 2nd, 2009 5:22 PM 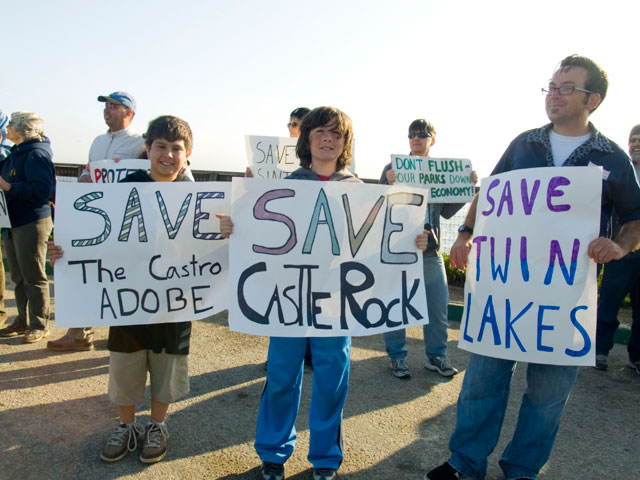 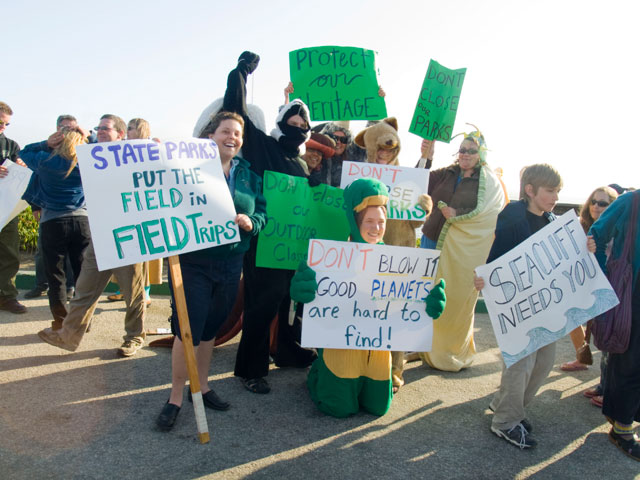 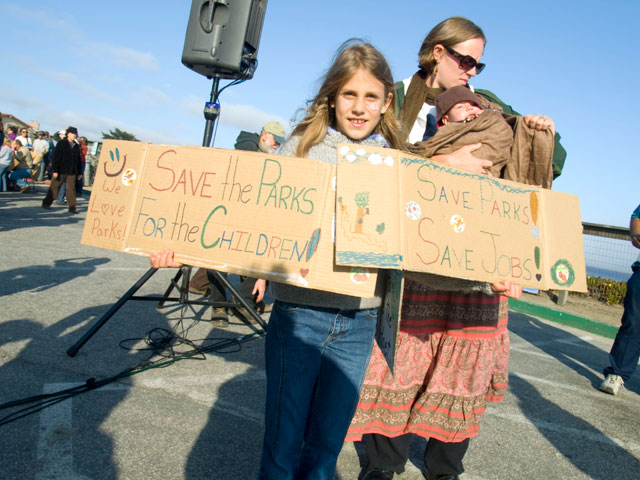 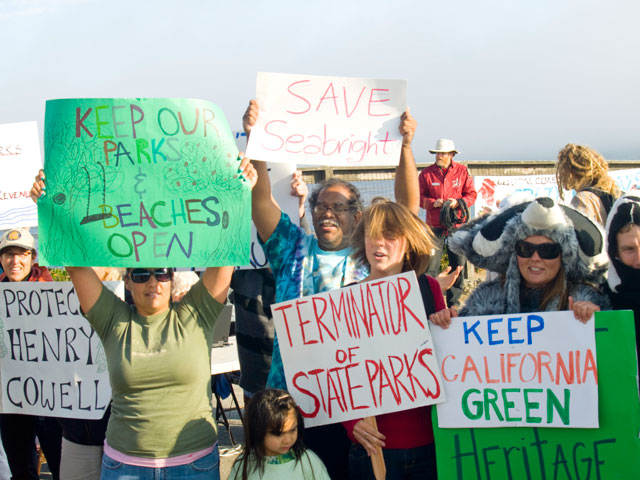 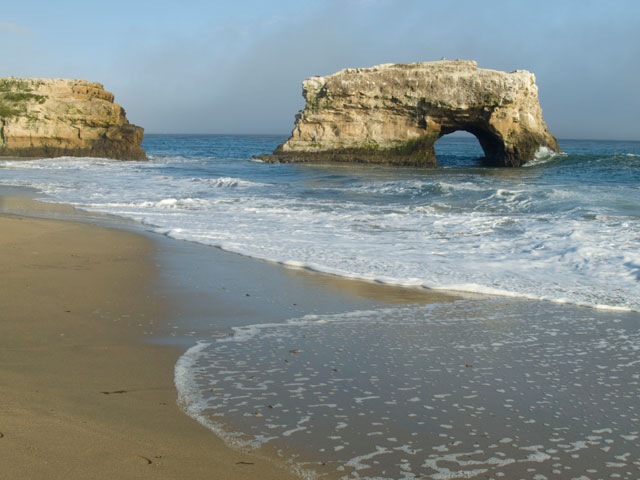 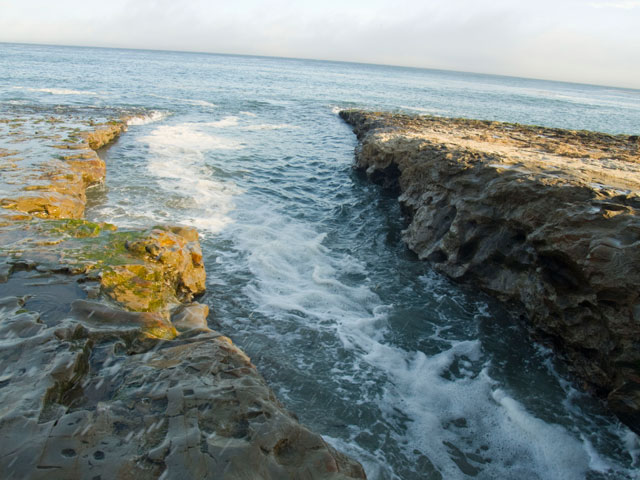 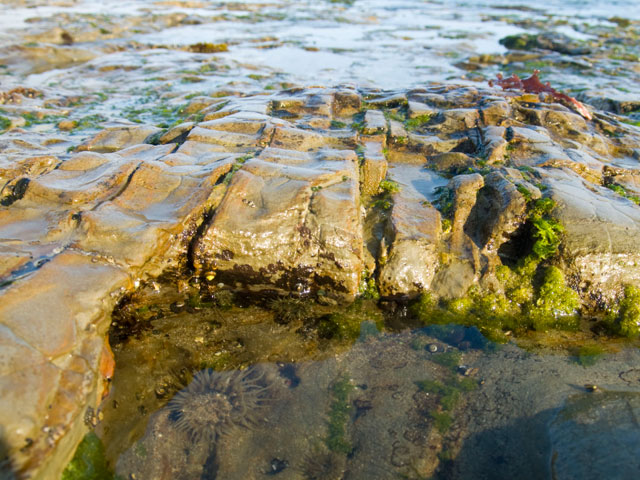 Natural Bridges is an awesome place to observe tide pools!!
http://en.wikipedia.org/wiki/Tide_pool
Add Your Comments
LATEST COMMENTS ABOUT THIS ARTICLE
Listed below are the latest comments about this post.
These comments are submitted anonymously by website visitors.