Add an Event
Newswire
Calendar
Features
Home
Donate
From the Open-Publishing Calendar
From the Open-Publishing Newswire
Indybay Feature
Publish to Newswire
Add an Event
Related Categories: Santa Cruz Indymedia | Police State & Prisons
Two experts say "No!" to jail time for two homeless musicians ticketed for sleeping
by Thankfully Home-full
Thursday May 28th, 2009 5:42 PM
Anna Richardson and Miguel de Leon are set for court on May 29 at 10am in Dept. 4 regarding tickets they received for sleeping. Two experts have come forward, Paul A. Lee and Paul Rachuy Brindel, to testify that sleeping is not a crime. 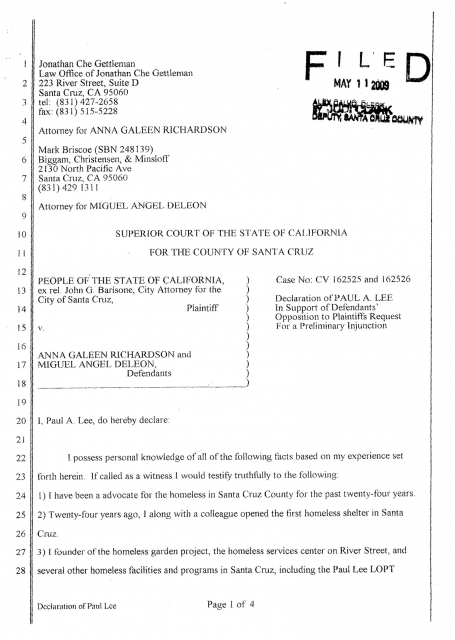 original image (1575x2214)
Paul Rachuy Brindel is Program Director of The Shelter Project in Santa Cruz since 1983 and manages four programs that serve homeless people. Paul A. Lee has been a homeless advocate in Santa Cruz for 24 years, as well as being the founder of The Homeless Garden Project and the homeless services center on River Street. Both experts attest that there are not enough resources to provide everyone with a bed and that homeless people should not be penalized for this.

Attached are the declarations of the experts submitted to the court. 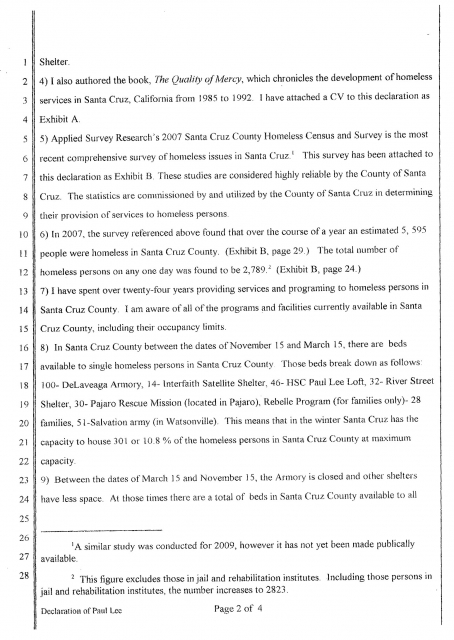 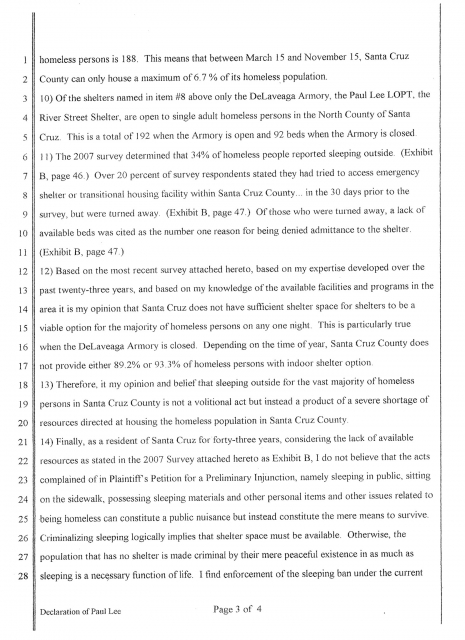 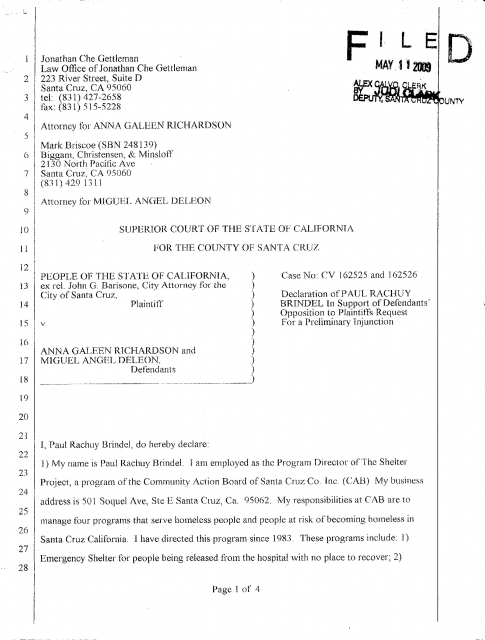 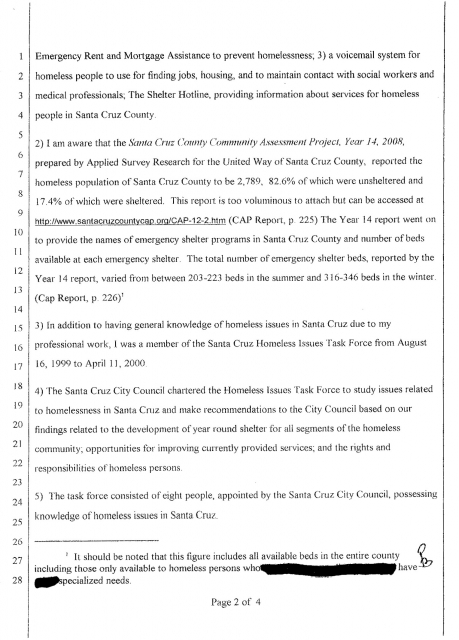 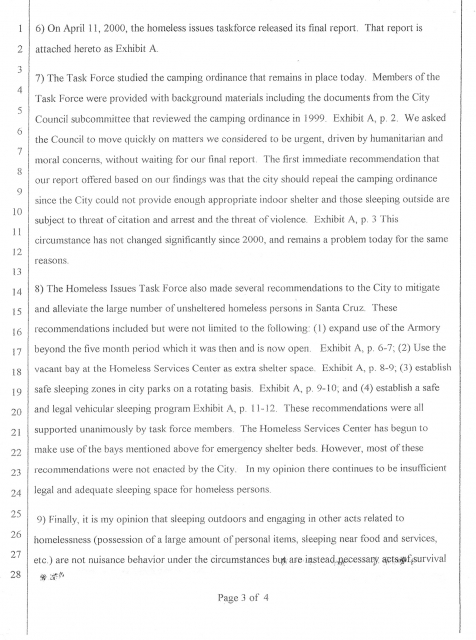 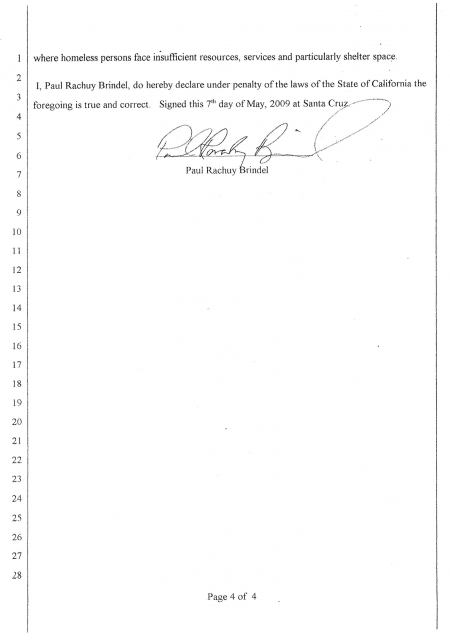 original image (1519x2157)
Add Your Comments
LATEST COMMENTS ABOUT THIS ARTICLE
Listed below are the latest comments about this post.
These comments are submitted anonymously by website visitors.