In the Streets Vs. Proposition H8

by Felix Barrett
Thousands of people took to the streets of San Francisco in opposition to the California Supreme Court's decision upholding Proposition 8 and banning gay marriage in the state. 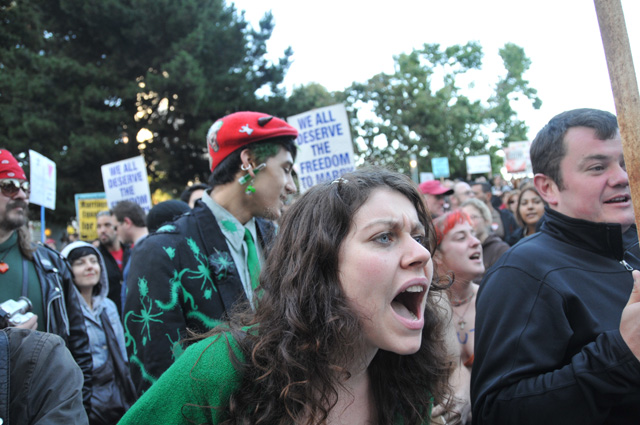 Thousands rallied at city hall at 5 pm. Some of the most moving statements were from gay couples speaking about the decision. After a march to Yerba Buena Gardens, many people didn't feel like they had expressed their anger and outrage at this act of blatant discrimination. While some speakers were telling people "if they give you lemons, make lemonade" many others were going up against the police who tried to block in the demonstration. The protest eventually broke though police lines and continued the march. One woman was brutalized by the police and, I think arrested. A much more angry and liberated march, went back down Market Street to the Castro. Popular chant was, "Not the church, Not the State, we will decide our fate" and "When Queer people are under attack, what do we do? Act Up! Fight Back!" At least half the crowd from the initial rally joined the march to the Castro. When reaching the Castro hundreds (probably more like a thousand all together) people sat in the middle of the street at Market and Castro while various people took turns speaking on the bullhorn.
END_OF_DOCUMENT_TOKEN_TO_BE_REPLACED
§Rally at City Hall
by Felix Barrett 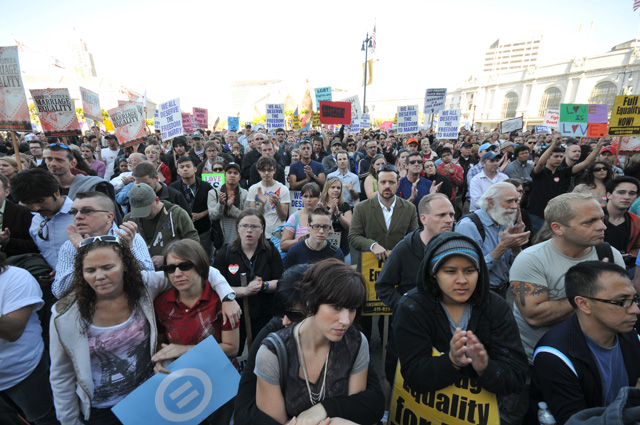 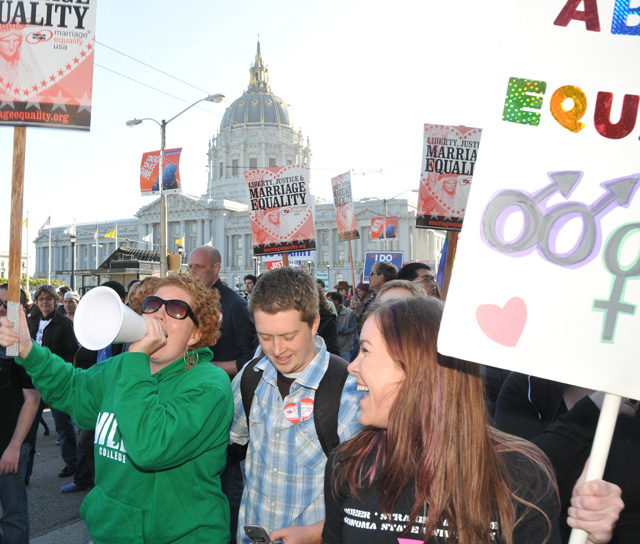 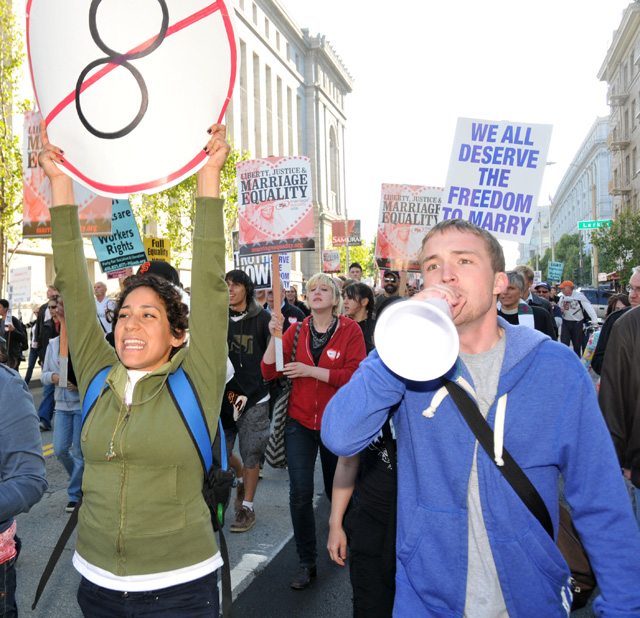 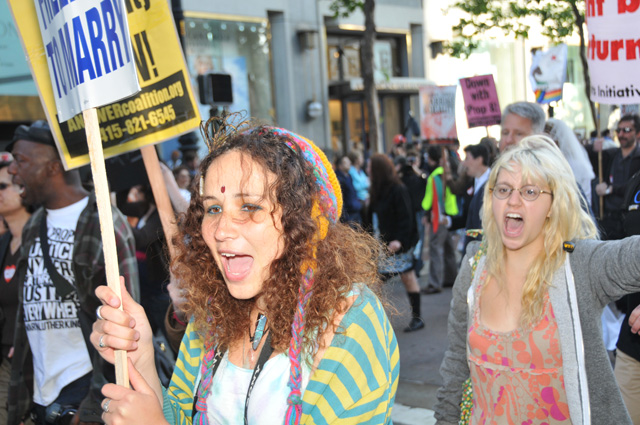 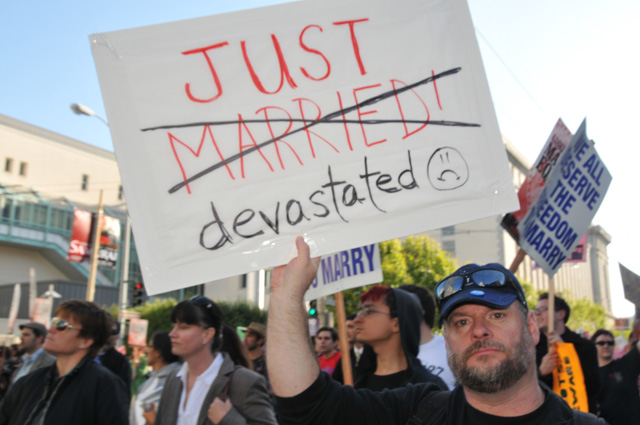 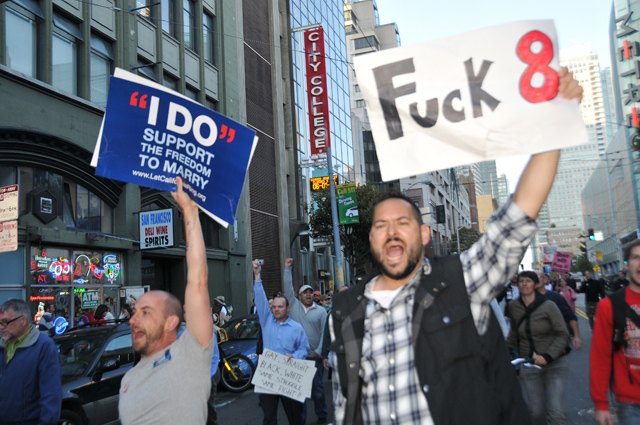 END_OF_DOCUMENT_TOKEN_TO_BE_REPLACED
§Hope Will Never Be Silent
by Felix Barrett 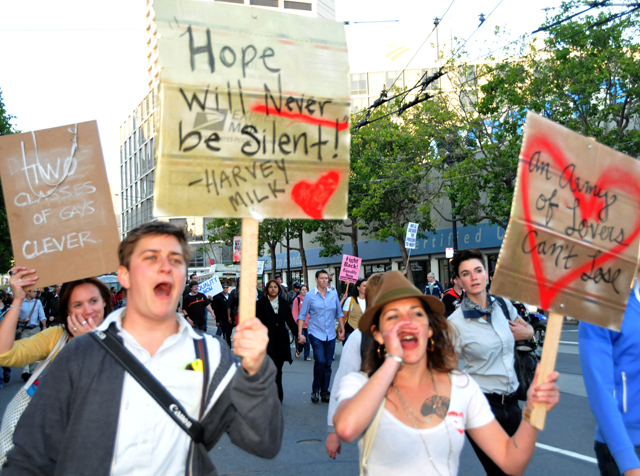 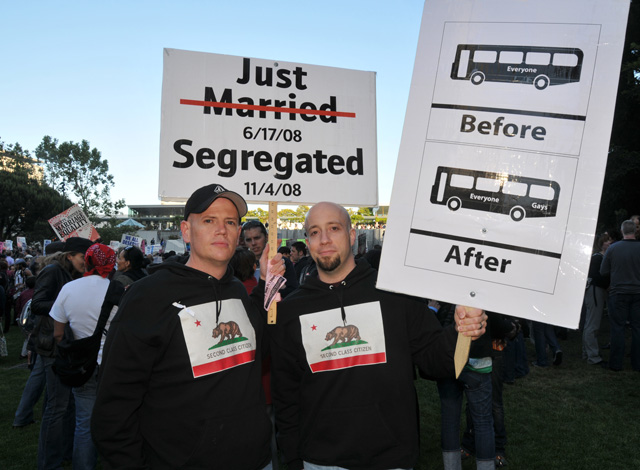 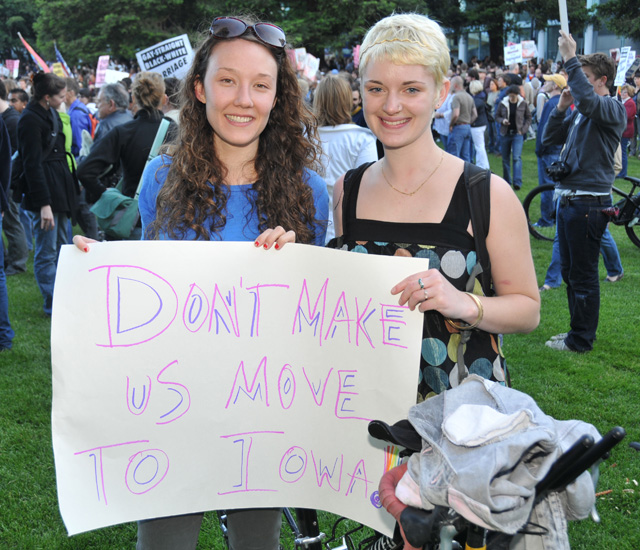 END_OF_DOCUMENT_TOKEN_TO_BE_REPLACED
§Will the bring back mescegenation laws next?
by Felix Barrett 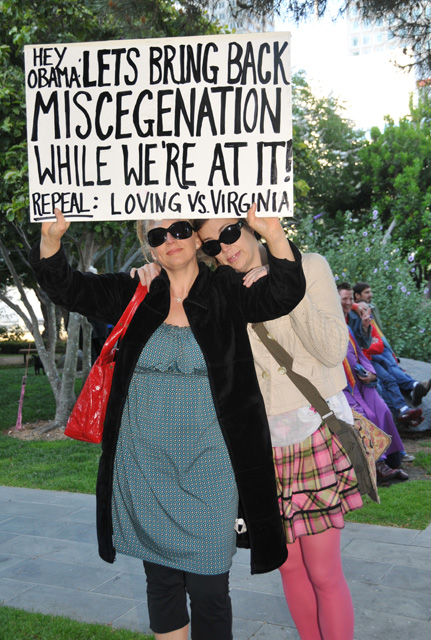 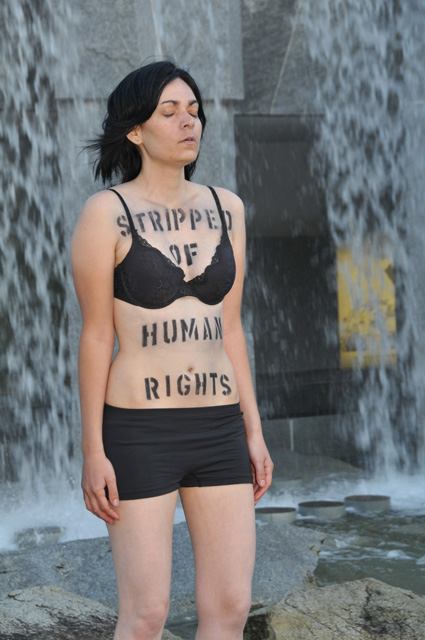 END_OF_DOCUMENT_TOKEN_TO_BE_REPLACED
Add Your Comments
Latest Comments
Listed below are the latest comments about this post.
These comments are submitted anonymously by website visitors.
TITLE
AUTHOR
DATE
for the record
bi-mom
RE:In the Streets Vs. Prop 8
Carol
Support Independent Media
We are 100% volunteer and depend on your participation to sustain our efforts!