Add an Event
Newswire
Calendar
Features
Home
Donate
From the Open-Publishing Calendar
From the Open-Publishing Newswire
Indybay Feature
Publish to Newswire
Add an Event
Related Categories: Santa Cruz Indymedia | Government & Elections | LGBTI / Queer
Speaking Out for Equal Rites and Against Proposition 8
by ~Bradley (bradley [at] riseup.net)
Tuesday May 26th, 2009 8:56 PM
On May 26th, the California Supreme Court issued its ruling on the validity of the Proposition 8 ballot initiative and upheld a voter-mandated ban on same-sex marriage. The 6-1 decision will allow the state constitution to define marriage as only that between a man and a woman. Demonstrations to protest discrimination have been taking place throughout the day in California and elsewhere in the nation. In San Francisco, police arrested more than 150 protesters for blocking an intersection near City Hall shortly after the ruling was announced.

Here in Santa Cruz, hundreds of people of rallied at 5pm at the Town Clock and marched a short distance. 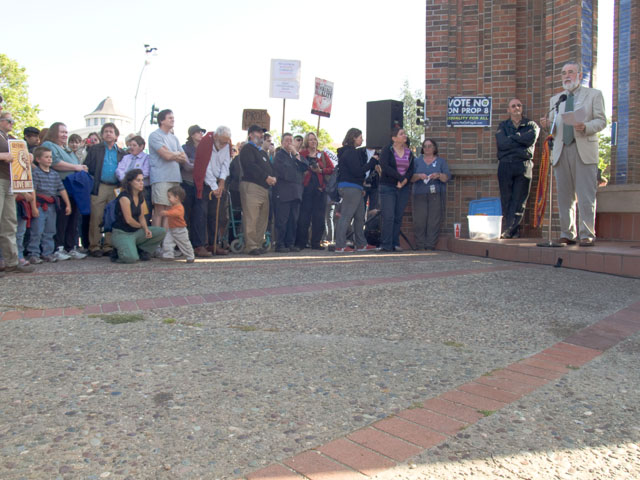 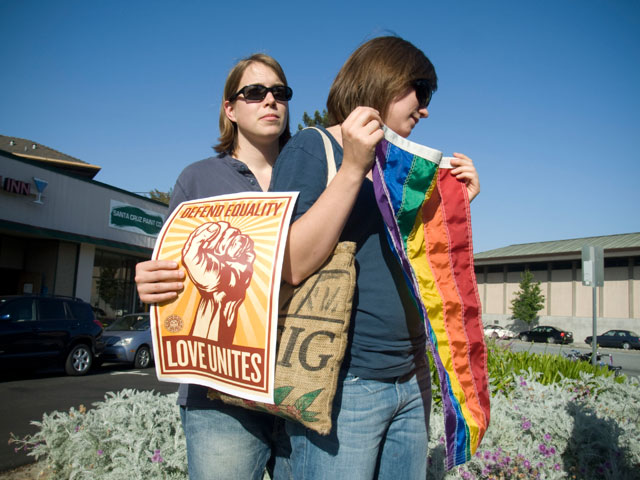 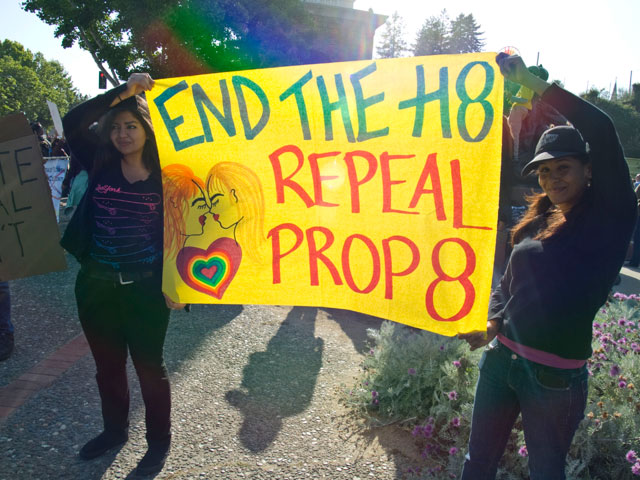 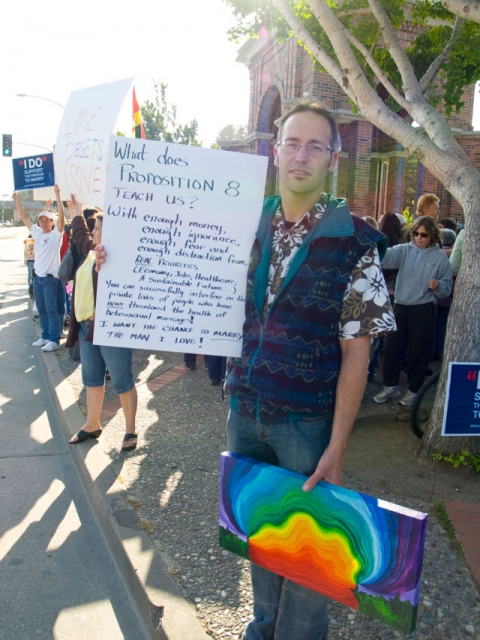 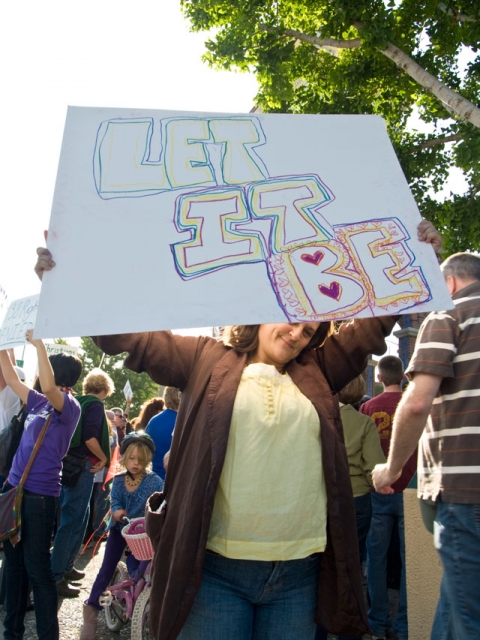 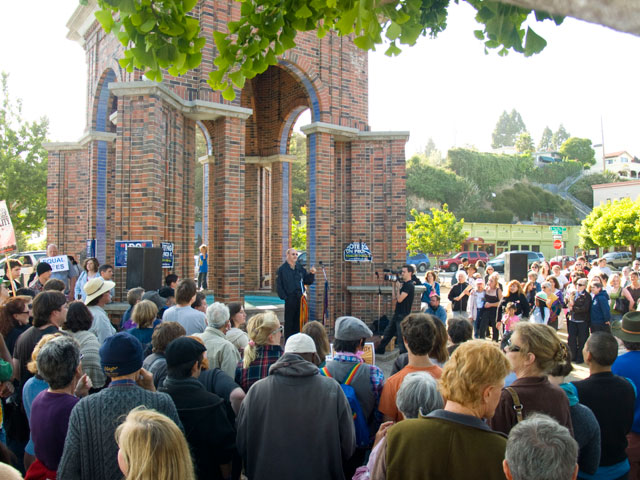 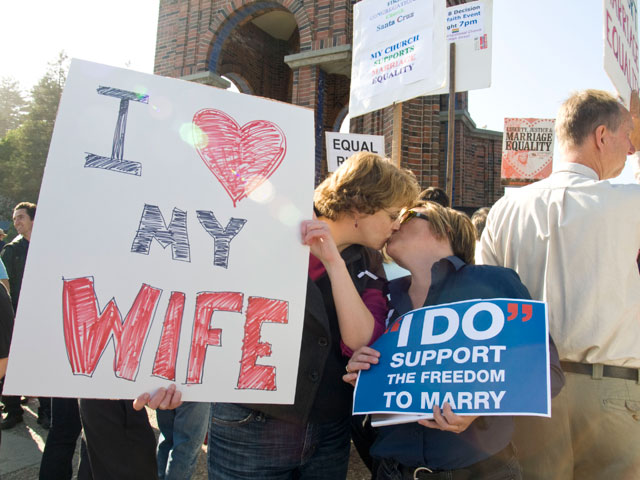 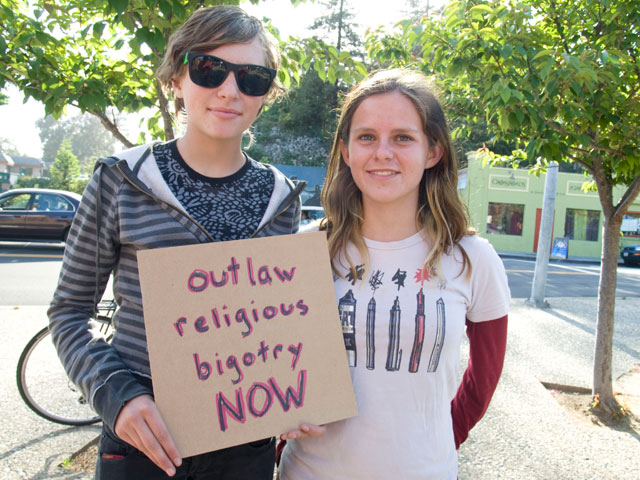 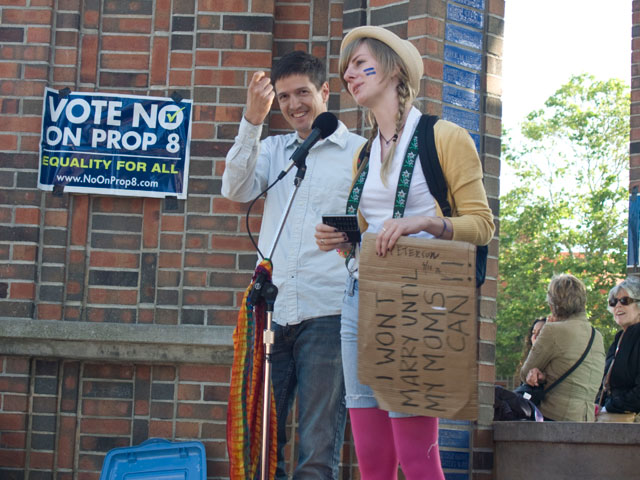 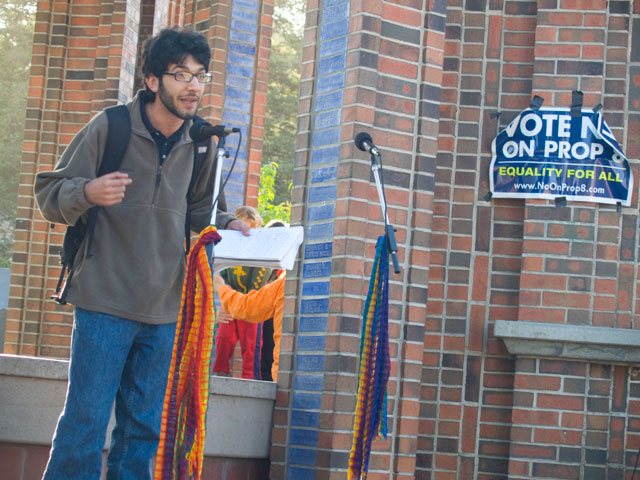 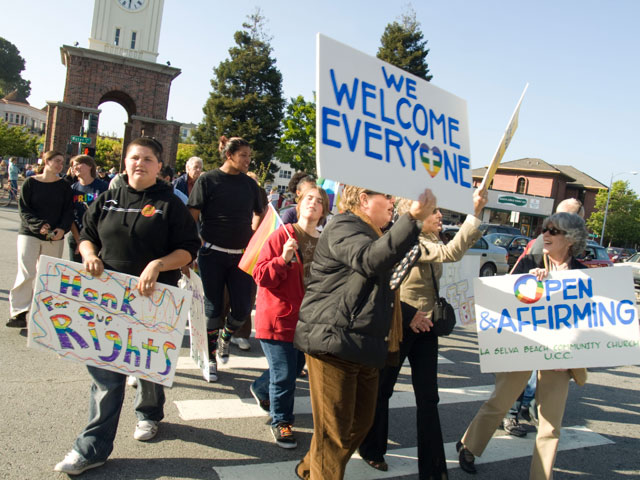 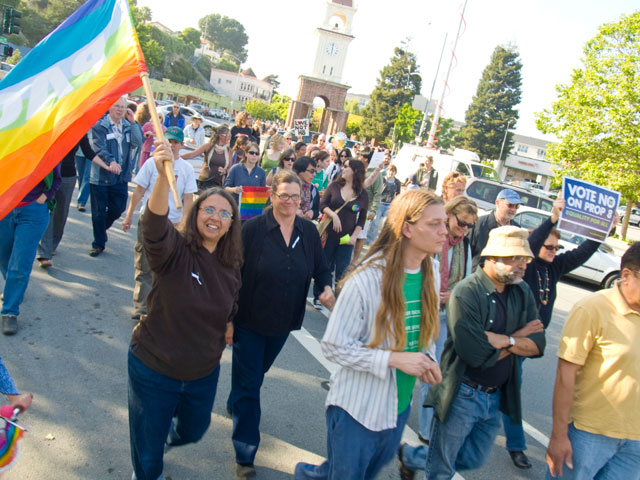 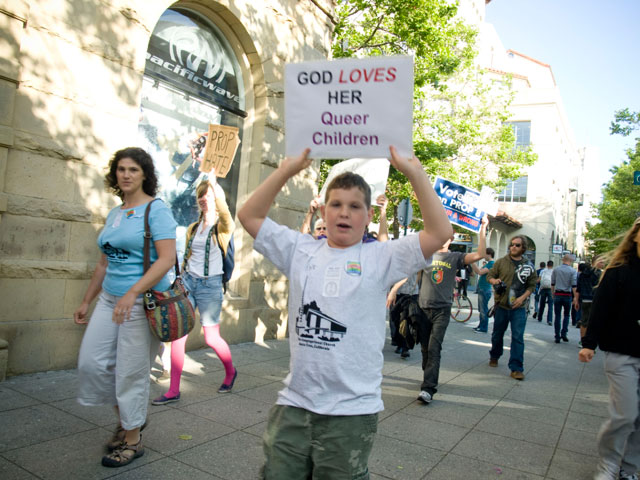 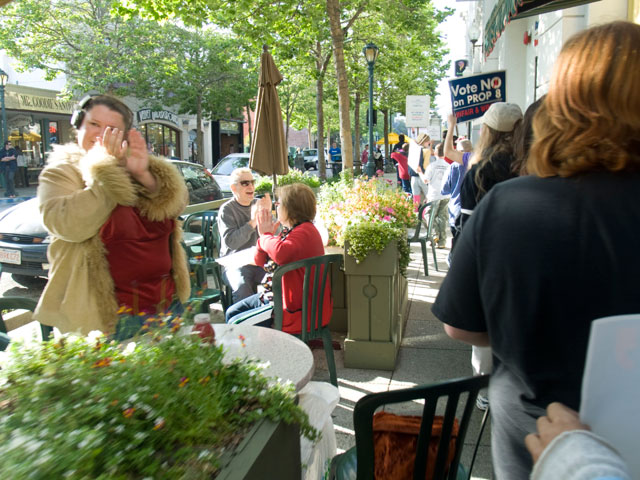 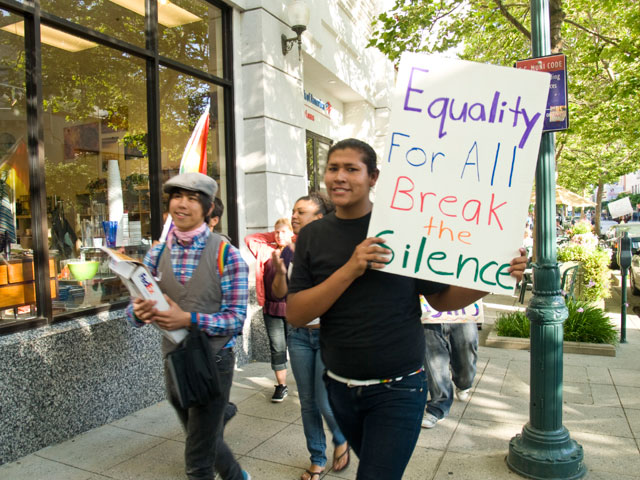 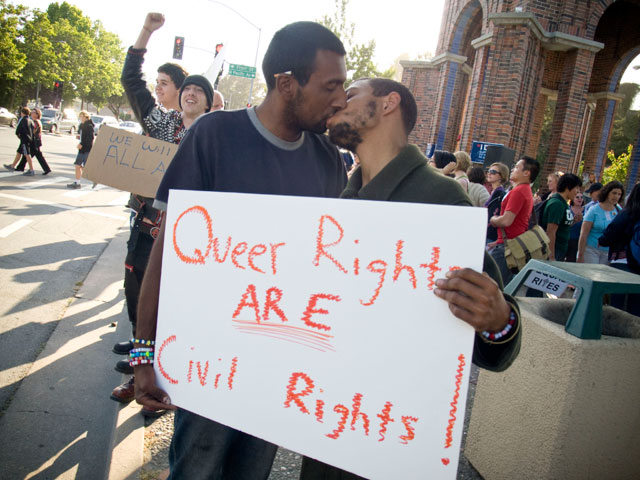