Newswire
Calendar
Features
Home
Donate
From the Open-Publishing Calendar
From the Open-Publishing Newswire
Indybay Feature
Publish to Newswire
Add an Event
Related Categories: Iraq | South Bay | U.S. | Anti-War | Arts + Action
Memorial Day: Counting Lives Lost to Stop Inflicting Grief upon Others
by Sharat G. Lin
Monday May 25th, 2009 5:16 PM
Memorial Day honors war dead. Unlike most U.S. war memorials, a stunning exhibit at De Anza College dramatizes not only American lives lost in the war in Iraq, but Iraqi lives lost as well. There is one figure for each confirmed fatality. But the ratio of 1:22 American to Iraqi deaths is extremely conservative. 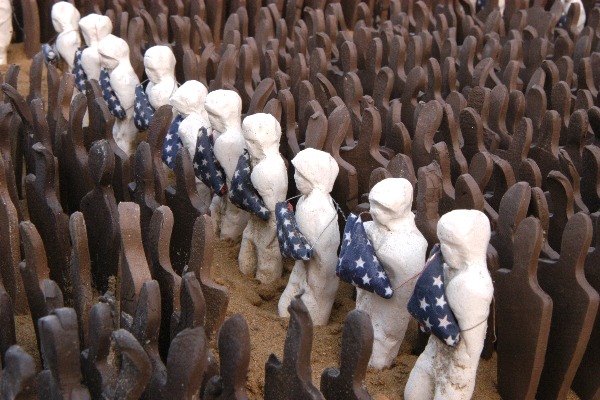 While Americans pay homage to U.S. soldiers who have sacrified their lives in war, it remains difficult to conceptualize the true meaning of the vast numbers who have died. Still more rare is an attempt to place American war fatalities in the context of all deaths in a particular war. Even antiwar memorials tend to omit or minimize representations of non-American war dead.

“Counting Lives Lost: Making Tangible an Abstract Measure of Grief” is an art exhibit currently on display in the main quad of De Anza College in Cupertino. It consists of nearly 99,000 independent clay figures lined up in rows – one row of white figures each bearing a folded star-and-stripes flag followed by 22 unpainted figures representing Iraqi fatalities officially acknowledged by the Iraq government. Unofficial estimates range from hundreds of thousands to over a million.

The artist, Kathleen Crocetti, admits that the ratio of 1:22 is very conservative, since the true number of Iraqis who have died is not known. When the exhibit was first conceived and displayed, the ratio was 1:10. For several years the ratio was held at 1:16 until the beginning of 2009.

Crocetti, whose son is serving in the Middle East, is a member of Blue Star Mothers of America. She is a resident of Watsonville.

On this Memorial Day 2009, according to icasualties.org, an independent website that tracks U.S. and Coalition casualties, the number of U.S. soldiers killed in Iraq has touched 4,300 and the number of U.S. troops killed in Afghanistan has reached 687. Owing presumably to the absence of reliable data, the website does not tally Iraqi and Aghani deaths.

A monumental undertaking, over 300 people had been involved in making clay figures and installing them in sand. At De Anza College, students, faculty, and administrators joined in the labor of aligning the figures within a vast rectangular wooden frame, spending up to 500 people-hours completing it. The figures collectively weigh over 4.5 tons (9000 pounds or 4000 kilograms).

“The aim of this work is to honor those who have died as respectfully as possible while making the growing abstract number visible and tangible,” Crocetti explained. “This memorial is also a call to measure the true cost of war. It is time that we, as a nation, recognize not just our losses, but the losses we have caused.”

“War memorials are usually constructed after the cessation of violence. Honoring those who have died on both sides of the battlefield while the battle continues to rage makes this work political. War is war. This installation is not about how and why we got into this situation, rather how and when we will get out of it.”

Sensing that the U.S. as a nation is still in denial about the casualties of current wars, Crocetti reflected, “We need to start the grieving process now because it is painful and uncomfortable, and the the sooner we start acknowledging our culpability and responsibility, the sooner we will stop inflicting grief upon others.” 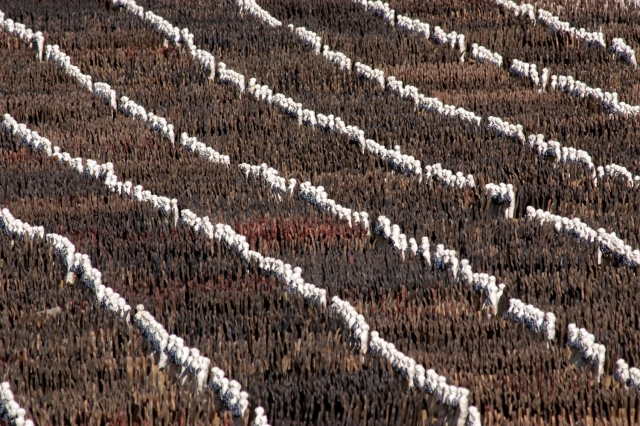 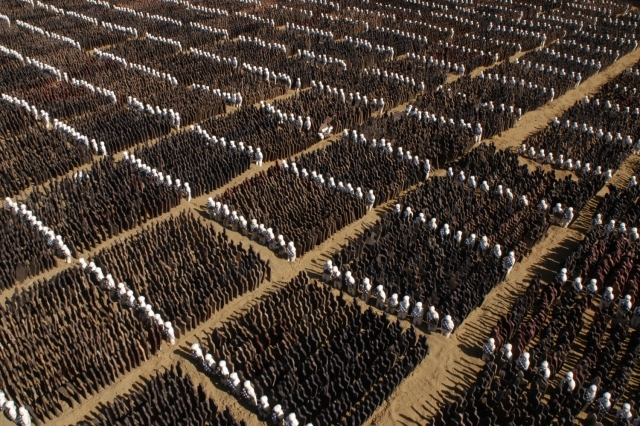 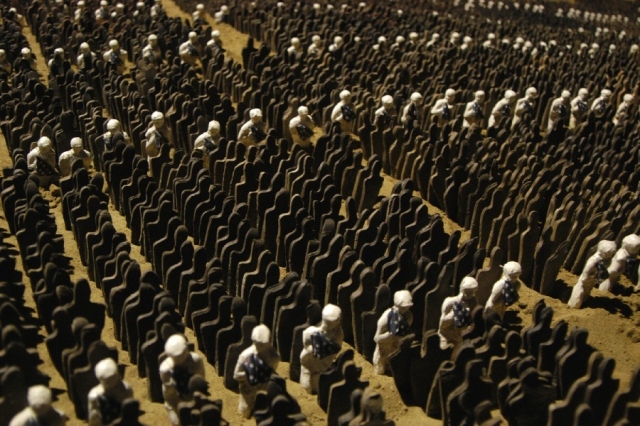 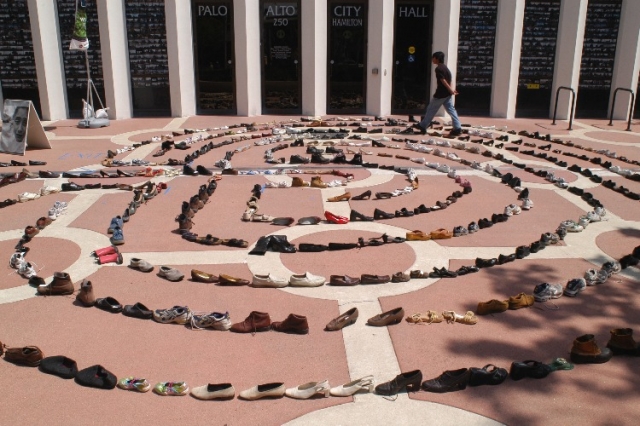 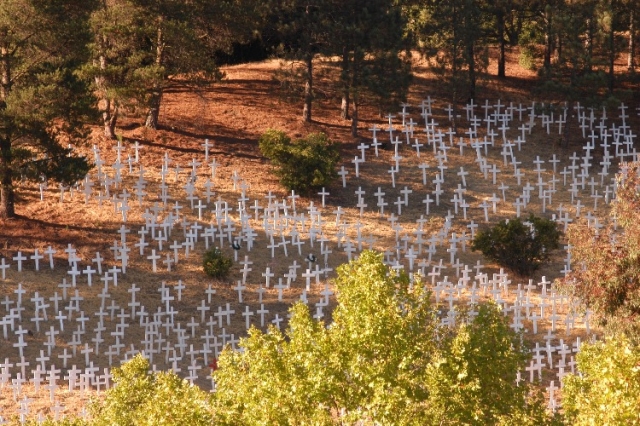 original image (750x500)
Crosses on a hillside representing the continuously-updated number of U.S. soldiers killed in the Iraq War. Iraqi deaths are not represented.
http://www.sanjosepeace.org
Add Your Comments

§please check out this memorial to Iraqi dead
by Janet W
Monday May 25th, 2009 11:55 PM
Started in Olympia, WA - going to other places. On this Memorial Day I remember Abeer, raped and killed in her own home by US soldiers, who also killed her family members first.
http://www.oly-wa.us/iraqmemorial/
Add a Comment
Support Independent Media