Add an Event
Newswire
Calendar
Features
Home
Donate
From the Open-Publishing Calendar
From the Open-Publishing Newswire
Indybay Feature
Publish to Newswire
Add an Event
Related Categories: San Francisco | Labor & Workers
Picket Of Senator Feinstein's For Union Busting
by United Public Workers For Action
Sunday May 24th, 2009 11:32 PM
These are some photos of the May 23, 2009 picket and tribunal at Senator Feinstein's mansion in Pacifica Heights for union busting. 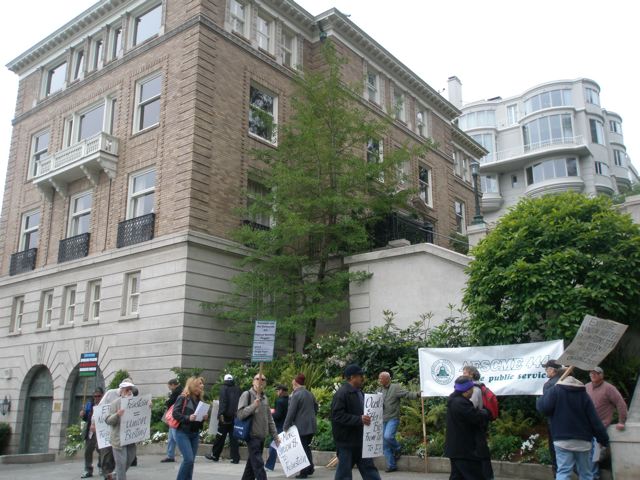 These pictures were of the protest that was held on May 23, 2009 at Senator Feinstein's multi-million dollar mansion in Pacifica Heights. Reports were made about the union busting at ProTransport ambulance company and the closure of the Whole Earth store in Noe Valley to avoid unionization.
Despite the fact that the unions have given Democratic Senator millions of union dollars Feinstein is opposing the card check bill backed by the AFL-CIO and Change To Win. Some speakers called for independent labor candidates to run against Feinstein.
http://www.upwa.info
§A speaker at the tribunal
by United Public Workers For Action Sunday May 24th, 2009 11:32 PM 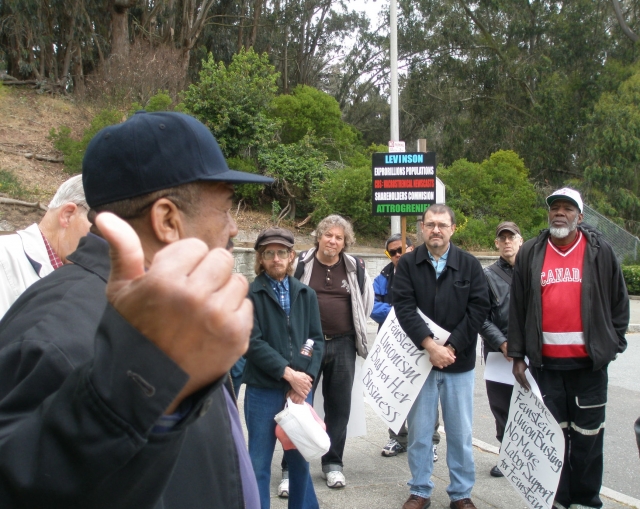 original image (1735x1382)
Workers trying to organize and unionized workers are being fired on a regular basis
http://www.upwa.info
§Participants with placards at Feinstein's mansion
by United Public Workers For Action Sunday May 24th, 2009 11:32 PM 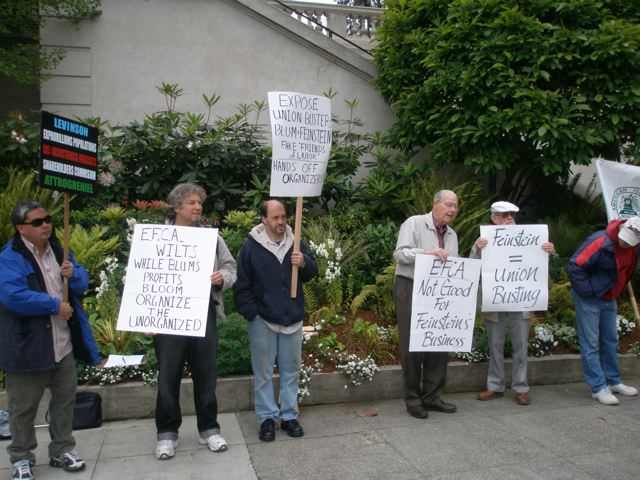 Speakers spoke about the union busting role of Feinstein in the lock out of ILWU longshore workers and her husbands role at the University of California
http://www.upwa.info
Add Your Comments
LATEST COMMENTS ABOUT THIS ARTICLE
Listed below are the latest comments about this post.
These comments are submitted anonymously by website visitors.