“To characterize protest and speech as terrorist activities is ludicrous,” said CCR cooperating attorney Matthew Strugar. “And it is not just animal rights activists who are in danger here. The AETA is so broad and unclear it could be used to suppress lawful protests and boycotts by any activists across the spectrum, no matter what the issue. The law must be struck down.”

The activists, Joseph Buddenberg, Maryam Khajavi, Nathan Pope and Adriana Stumpo, referred to as the AETA 4, were indicted for alleged conspiracy to commit “animal enterprise terrorism” as a result of their alleged participation in conduct including protesting, writing with chalk on the sidewalk, chanting, leafleting, and the use of “the Internet to find information on bio-medical researchers.” These activities are protected by the First Amendment.

Passed by Congress towards the end of the Bush administration, the AETA makes activities such as protests, boycotts, picketing and whistleblowing crimes. Though the AETA targets animal rights activists, lawyers say its language is so broad and vague that it could be easily used to prosecute any activists who might engage in peaceful activities such as a labor group picketing or organizing a boycott. For this reason, CCR has joined with the AETA 4 to ask the court to strike down the law as unconstitutional.

The case of the AETA 4 is the first use of the AETA since it was signed into law – it is clear that the law can and will be used against lawful activists. Attorneys say it is of critical importance that the case against the AETA 4 be dropped in order to protect our Constitutional right to dissent.

“These activists are peaceable individuals exercising their rights as guaranteed by the United States,” said volunteer attorney for the AETA 4 Bob Bloom. “This law is a blatant attempt to silence peaceful political dissent and fundamental rights in the interests of industries that abuse our natural resources.”

The Center for Constitutional Rights (CCR) is a non-profit legal and educational organization dedicated to protecting and advancing the rights guaranteed by the U.S. Constitution and the Universal Declaration of Human Rights. CCR is committed to the creative use of law as a positive force for social change and uses litigation to empower poor communities and communities of color, to guarantee the rights of those with the fewest protections and least access to legal resources, to train the next generation of constitutional and human rights attorneys, and to strengthen the broader movement for constitutional and human rights. Visit http://www.CCRjustice.org

The Civil Liberties Defense Center is a nonprofit organization focused on defending and upholding civil liberties through education, outreach, litigation, legal support and assistance. The Civil Liberties Defense Center strives to preserve the strength and vitality of the Bill of Rights and the U.S. and state constitutions, as well as to protect freedom of expression. Visit http://www.cldc.org.
http://www.aeta4.org
§Motion to dismiss
by In Full Thursday May 28th, 2009 10:10 PM 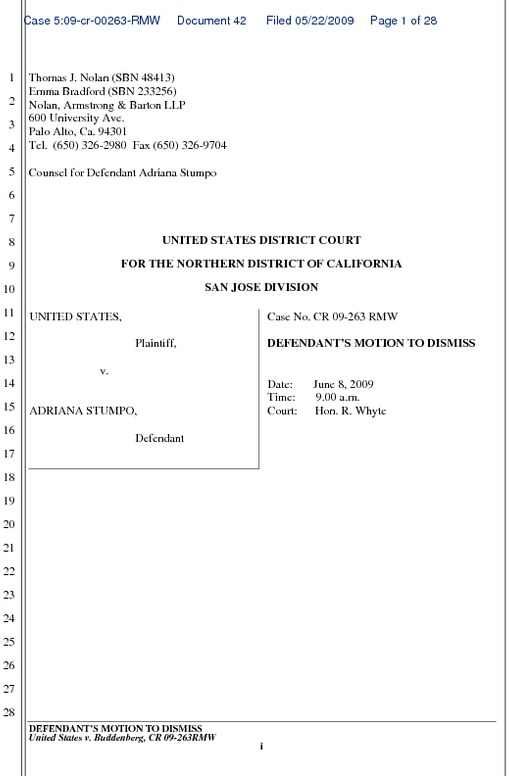 Download PDF (176.8KB)
The motion to dismiss is online now. It can be read here:

http://ccrjustice.org/files/AETA%20-%20Buddenberg%20Motion%20to%20Dismiss.pdf
Add Your Comments
LATEST COMMENTS ABOUT THIS ARTICLE
Listed below are the latest comments about this post.
These comments are submitted anonymously by website visitors.