by dave id
Supporters for justice for Oscar Grant regrouped on the steps of the Alameda County court house about 1pm to speak out and for a statement by Cephus Johnson, Oscar Grant's uncle, who had attended the day's hearing. Afterwards, a group of protesters marched throughout the streets of downtown Oakland, where police arrested one person for marching in the street and cited another for a bicycle infraction. 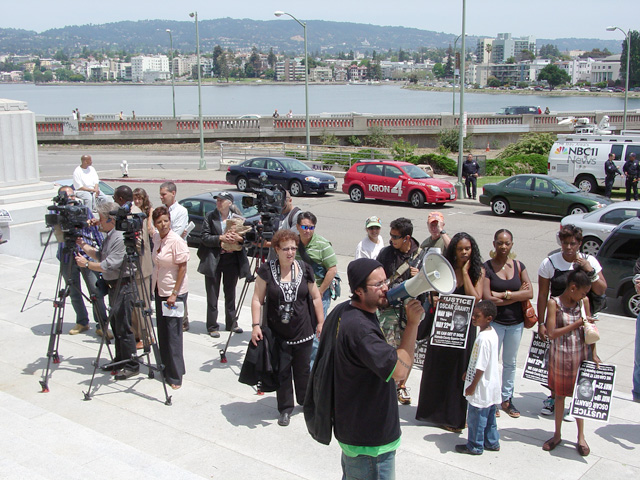 Video of various speakers throughout the day will be forthcoming.
END_OF_DOCUMENT_TOKEN_TO_BE_REPLACED
§Tony Coleman of One Fam MCd the afternoon session outside
by dave id 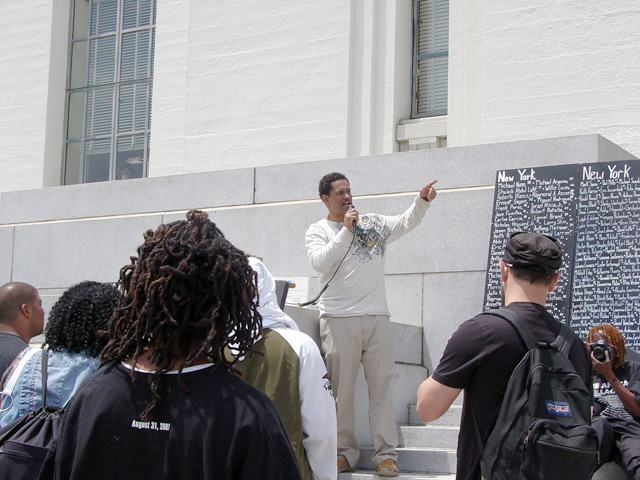 http://onefam.org
§Krystof of No Justice No BART
by dave id 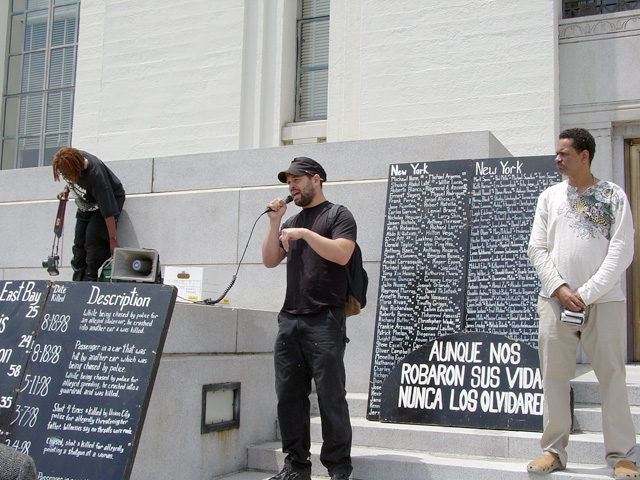 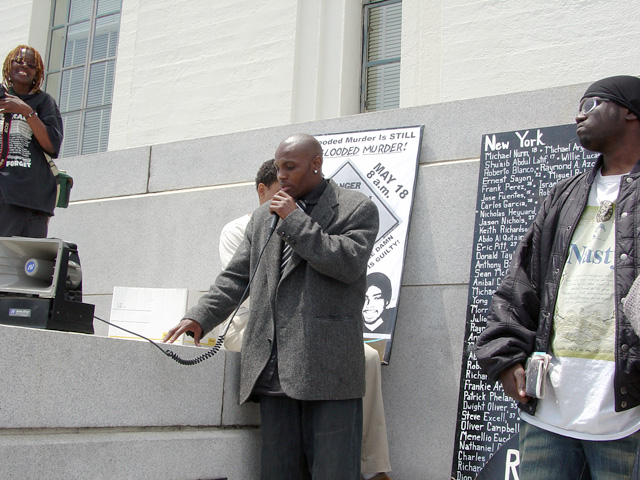 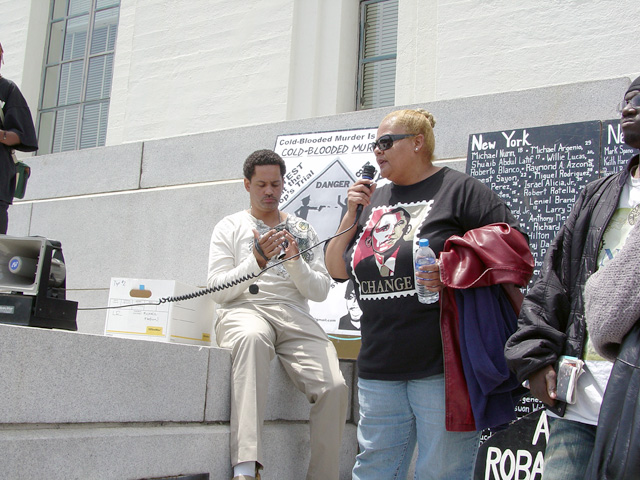 §speaker from By Any Means Necessary
by dave id 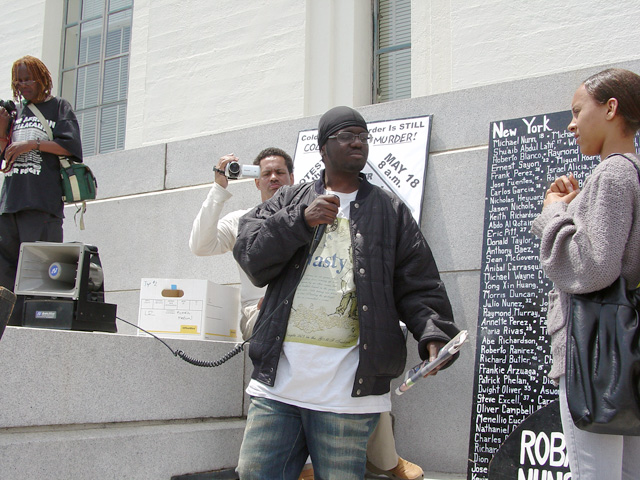 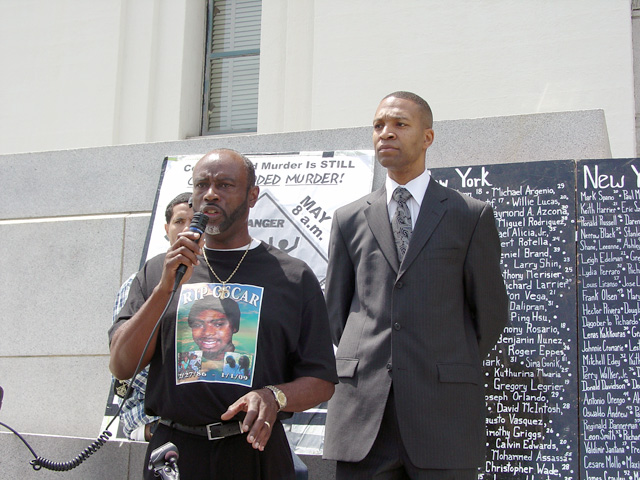 §One arrest as soon as march left court house, yet march continues on
by dave id 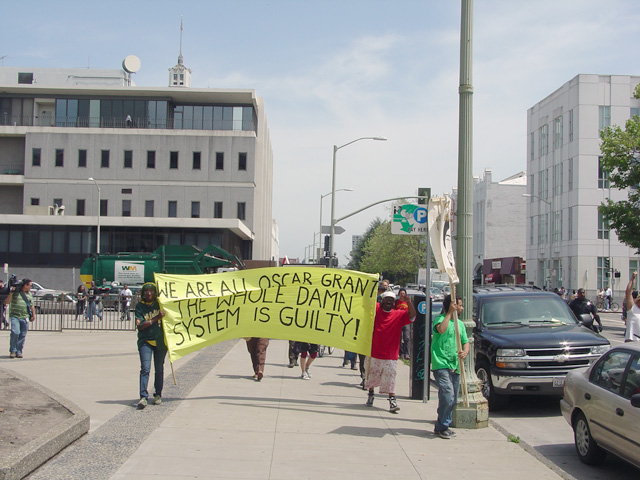 §March heads up 12th Street toward Broadway
by dave id 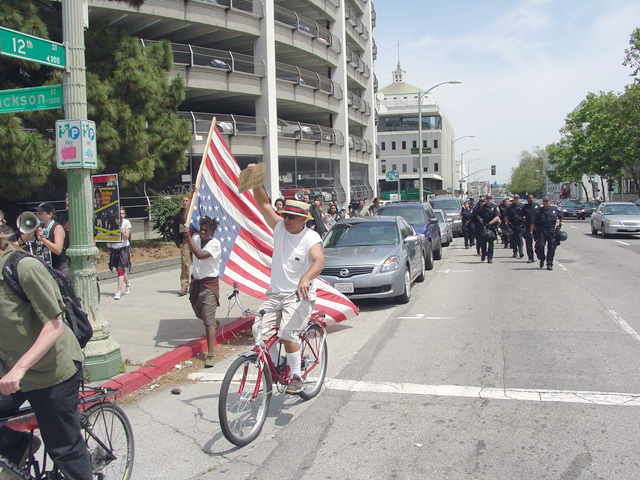 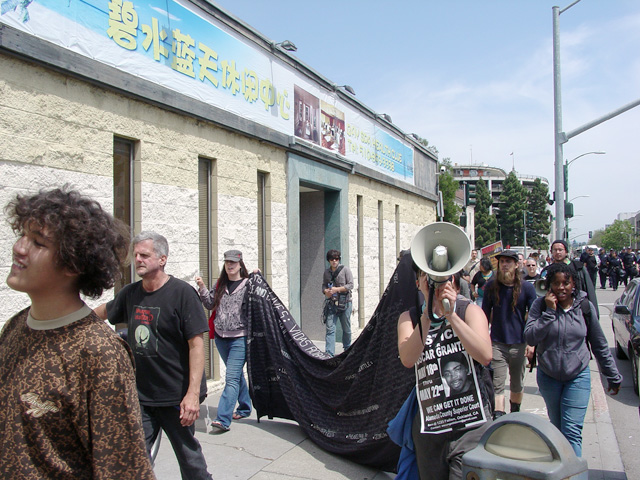 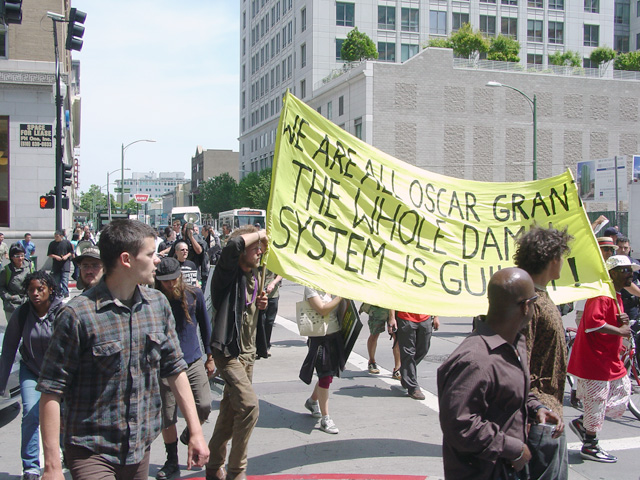 ... leaving trailing cops unsure what to do without blocking traffic themselves.
§Stop at Oakland police department admin building on 7th and Broadway
by dave id 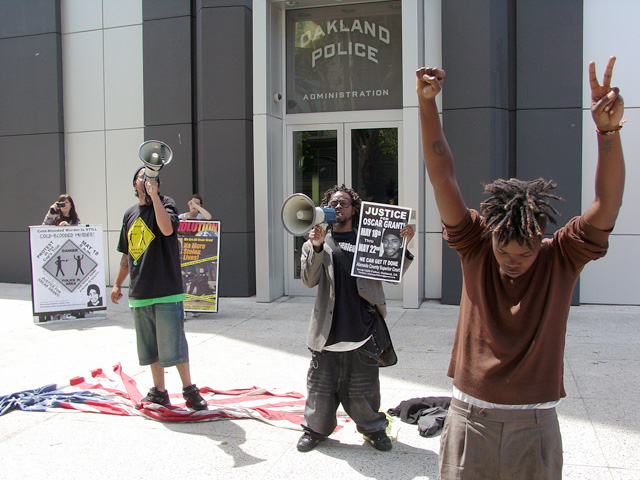 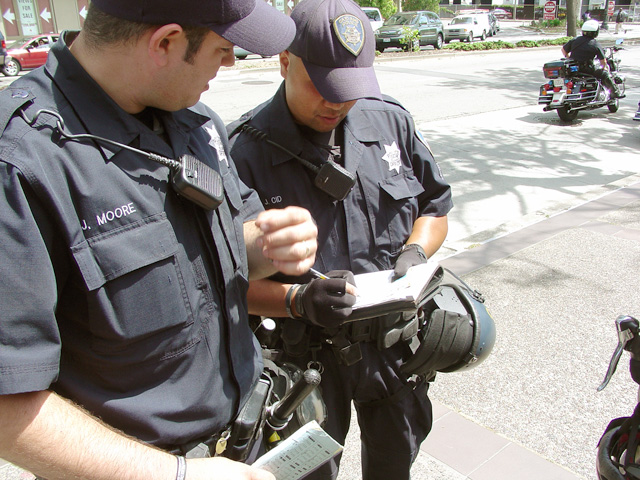 ... while numerous other non-protesting cyclists cruise up and down sidewalks and in the streets all around. When asked later, a female supervising officer explained that this particular person's bike-riding was somehow inciteful to the protest, even though he was riding normally on the street with traffic.
§Oakland Police Department Band of Brothers 03-21-09 wristband worn by cops present
by dave id 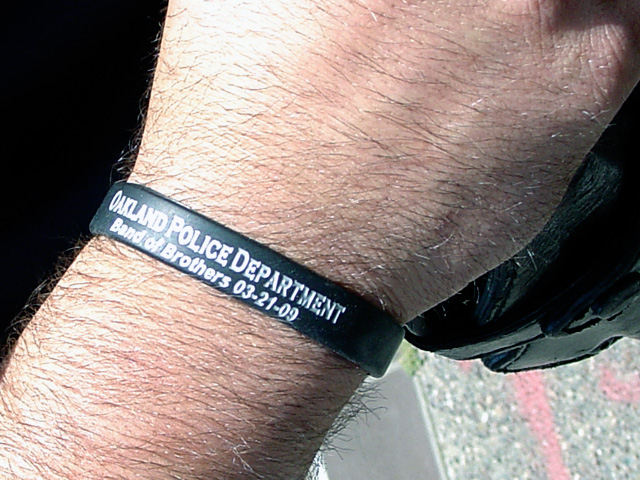 §I am Oscar Grant!
by dave id 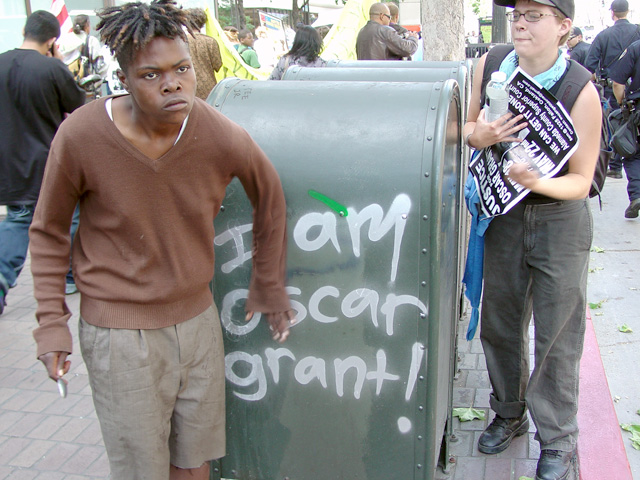 The march headed back up to the area of 14th and Broadway and then, after a brief moment of tension when cops threatened to charge a demonstrator with vandalism for drumming on a city trash can with a spoon, people dispersed of their own volition without further incident from the police.
Add Your Comments
Support Independent Media
We are 100% volunteer and depend on your participation to sustain our efforts!