by kristin hope (omgsoy [at] gmail.com)
Hundreds of protesters converged on the Federal Reserve Bank at 11am in solidarity with nationwide protests against the global financial crisis. Organized by A New Way Forward, this grassroots movement attracted a diverse crowd that made plenty of noise. This event was what will hopefully become a first step towards a series of national and international protests, culminating in the successful regulation of our nation's financial systems. 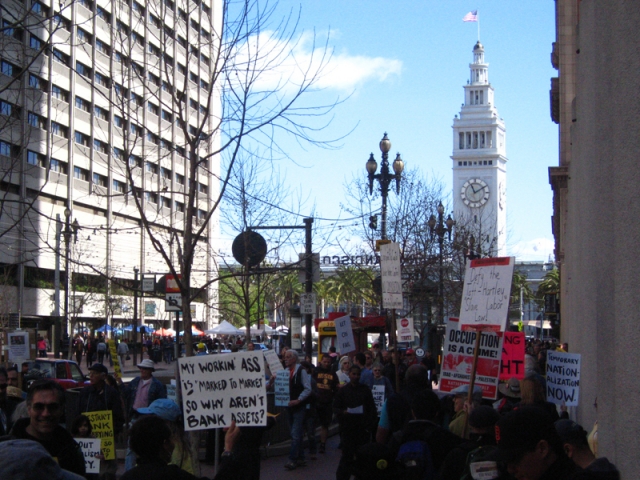 original image (800x600)
Demonstrators marched in front of the Federal Reserve Bank: a symbol of unaccountability and a lack of transparency which plagues our society. Protesters ranged from young anarchists to the Raging Grannies, with a variety of political affiliations represented. This is a bi-partisan, non-political issue and A New Way Forward aims to give a voice to the voiceless and a means to take down a corrupt system in which those with the money decide the fate of the masses.

The protest lasted for about an hour and fifteen minutes, when some decided to continue the fight and take it to Union Square and others lingered around the Federal Reserve, receiving honks from passing cars and tour busses.

America has seen successful financial regulation, stemming from the Glass-Steagall Act of 1933, commonly known as The Banking Act, which separated financial institutions based on their type of business - commercial versus investment. In 1999, when Glass-Steagall was repealed by Sen. Phil Gramm (R-Texas), large banks were able to merge the previously separate sectors of business to form the mass conglomerates which - in part - caused the financial crisis in which we find ourselves today. Lobbyists, with their powerful campaign contributions, encouraged our government to enact legislation which benefited the banks; causing people to be stripped of their voice, silenced by money. Without regulation, our people are at the mercy of CEOs and shareholders. Regulation and nationalization worked before. It can work again.
END_OF_DOCUMENT_TOKEN_TO_BE_REPLACED
§Jail the CEO!
by kristin hope 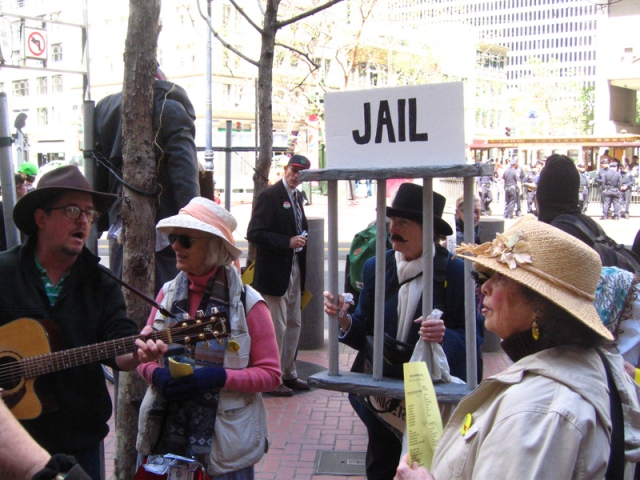 original image (800x600)
END_OF_DOCUMENT_TOKEN_TO_BE_REPLACED
§Burn it like an effigy!
by kristin hope 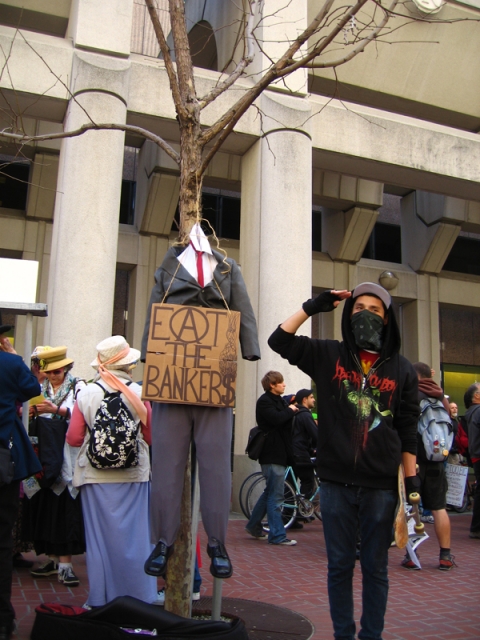 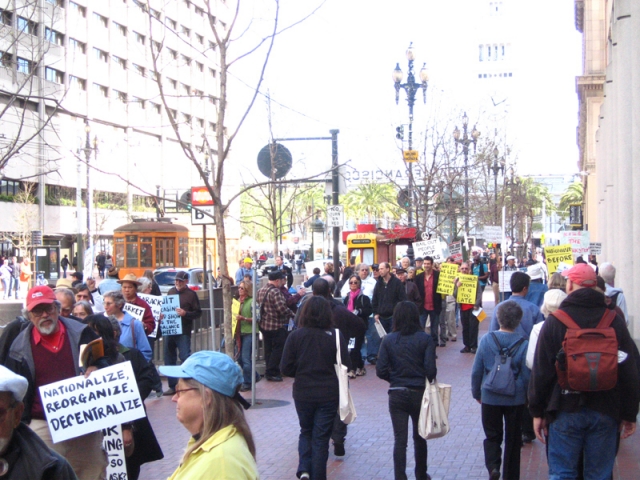 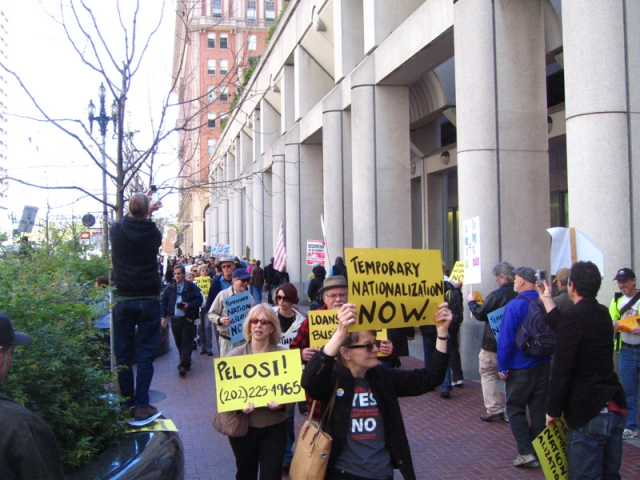 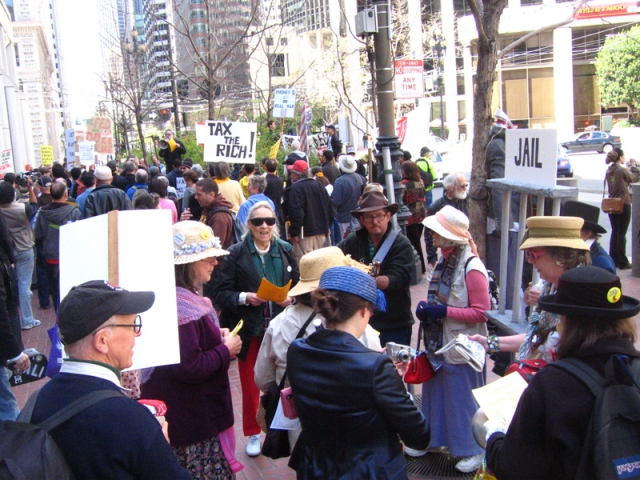 original image (800x600)
END_OF_DOCUMENT_TOKEN_TO_BE_REPLACED
Add Your Comments
Latest Comments
Listed below are the latest comments about this post.
These comments are submitted anonymously by website visitors.
TITLE
AUTHOR
DATE
Danny Schechter's idea for weekly vigils at banks, financial institutions
Lotus Yee Fong
Re: You just don't get it.
Boone A.
Lincoln,Ellen Brown's Path to a New Economy
yes
Wackenut inc. for violent whackos
green pacificst
Stale rhetoric
a-feminist
Video
keep your eye on indybay
Bank regulation never stopped imperialist plunder and slaughter.
Aaron Aarons
Double props to you, Kristen
me again
"The spoiled Bay Area"
a-feminist
Brave=plural of BRAVA
WalkTalk
Support Independent Media
We are 100% volunteer and depend on your participation to sustain our efforts!