Add an Event
Newswire
Calendar
Features
Home
Donate
From the Open-Publishing Calendar
From the Open-Publishing Newswire
Indybay Feature
Publish to Newswire
Add an Event
Related Categories: East Bay | Police State & Prisons | Racial Justice
Town Hall on BART Filing, Orloff Recall, & Caravan for Justice II, Oakland, 4/4/09: audio
by dave id
Friday Apr 10th, 2009 8:13 PM
The Town Hall for Justice for Oscar Grant addressed BART's recent filing in the $50 million lawsuit against it for the murder of Oscar Grant. BART claimed in the filing that all officers on the platform when Oscar Grant was killed were blameless, only defending themselves with their actions, and that the murder of Oscar Grant was an accident. The hurdles on the road to recalling DA Tom Orloff were discussed. Plans were finalized for transportation and the mission of the Caravan for Justice II trip to Sacramento on April 8th.

Bishop Franzo King of the John Coltrane Church begins the Town Hall with a prayer:
Listen now:
Copy the code below to embed this audio into a web page:
Download Audio (1.1MB) | Embed Audio
(audio 3:12) 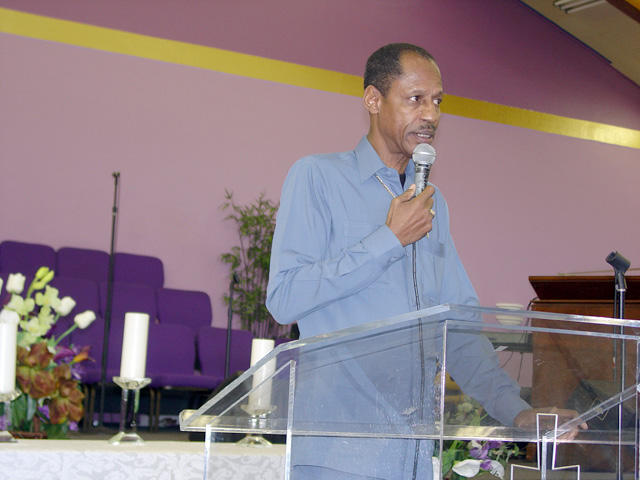 Keith Muhammad speaks about the BART filing, police chiefs that tend to cover-up the brutality of their officers, and the fact that cities across the U.S. pay tens of millions of dollars in taxpayer dollars due to police misconduct cases yet extremely rarely are chiefs or officers disciplined in any way. He goes on to discuss the fact that most Oakland police officers live outside of Oakland and how records of police misconduct are hidden from the public.
§Pastor Zachary E. Carey - TrueVine Ministries
by dave id Friday Apr 10th, 2009 8:13 PM
Listen now:
Copy the code below to embed this audio into a web page:
Download Audio (3.1MB) | Embed Audio
(audio 8:59)

After a community member speaks to the need for commitment in the fight against injustice, Keith Muhammad addresses to continuous calls for more police rather than improving services to the community. For instance, Oakland wasted $27 million on 64 so-called "problem solving officers" who have not solved any problems as an upcoming report will show. Police and politicians draw lines in the sand and it is the responsibility of the community to draw the moral line in the sand. He spoke to the double-standards with Oakland police rushing Lovelle Mixon yet Pittsburg, PA police recently waited hours for a shooter who had killed three officers to surrender, and how Lovelle Mixon was called a devil at the OPD funeral yet the Pittsburg shooter was sympathetically called a "troubled" man. And in Oakland, Mayor Dellums was disinvited from the OPD funeral -- leaving open the question if the same would have happened if Jerry Brown were still mayor. Also, despite the fact that Dellums and dozens of other city officials fell over themselves to show sympathy for the officers lost recently, most of them have never even mentioned Oscar Grant. He speaks of the mission of the Caravan for Justice II, which is to pressure state legislators to repeal or reform laws that unjustly target communities of color in California. He closes with words on the complete lack of sympathy for the Mixon family and the demonizing of anyone who did show sympathy for their loss.
§Bobby Johnson - uncle of Oscar Grant
by dave id Friday Apr 10th, 2009 8:14 PM 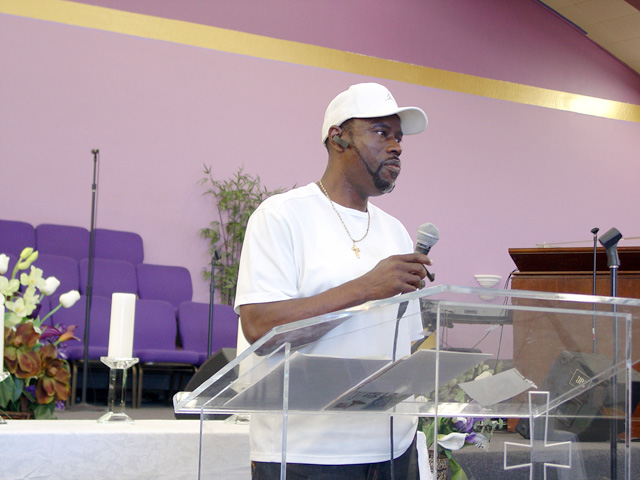 Bobby Johnson speaks about the hardships the family has faced with the loss of Oscar Grant and fears that justice will not be served. But the Town Halls and community support help them carry on.
§Public comment with Joseph Anderson and Krystof of No Justice No BART
by dave id Friday Apr 10th, 2009 8:14 PM
Listen now:
Copy the code below to embed this audio into a web page:
Download Audio (4.3MB) | Embed Audio
(audio 12:28) 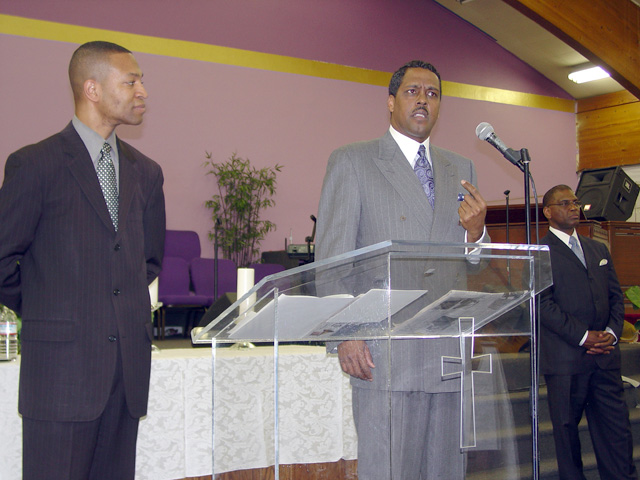 Minister Christopher Muhammad speaks about the uphill battle for justice and the offensive claims of BART in their recent lawsuit court filing in which they said BART officers had to defend themselves against a dangerous Oscar Grant. BART has no intention of doing the right thing and if there had been no videotape they would have completely gotten away with covering up the murder. Oscar Grant's blood is equal to the blood of the police officers killed recently. He too speaks of the upcoming Caravan for Justice II and the dire need for the community to organize and stand up to fight for the long-range struggle for justice. He speaks of the growing movement being built by black and brown people, along with progressive whites, to fight racism and legalized injustices. "We ain't gonna let nobody turn us around. All roads lead to Sacramento."

A woman speaks at about 17 minutes into this clip about Fresno's efforts to fight police brutality and community efforts to fight toxins in Bayview-Hunters Point in San Francisco. Another speaks about the importance of showing up at every City Council meeting to fight the criminalization of Oakland youth.
§Diana Davis-Marks - godmother of Oscar Grant
by dave id Friday Apr 10th, 2009 8:14 PM 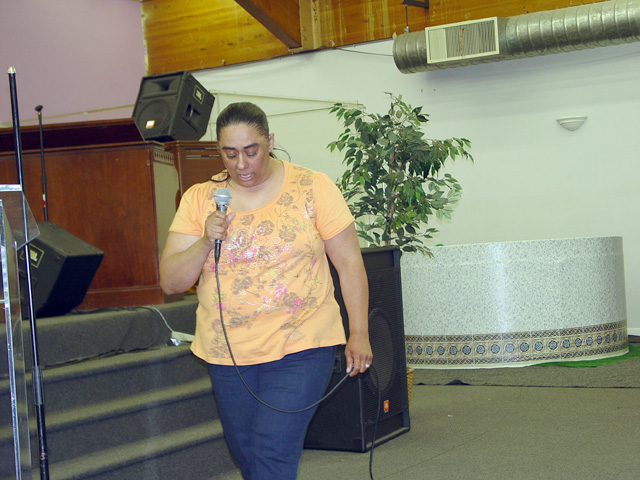 Diana Davis-Marks speaks of her god Justice, and Pastor Gordon Humphreys closes the Town Hall with a prayer.
Add Your Comments
Support Independent Media
We are 100% volunteer and depend on your participation to sustain our efforts!