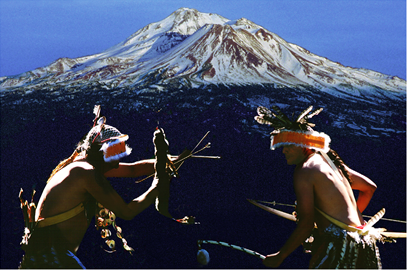 
Who: The Winnemem Wintu Tribe, a traditional California Tribe.

The Winnemem have been fighting for years to sustain their culture and address generations of broken promises by the federal government.

What: War Dance, March and press conference from Sacramento River to the State Capitol.

Winnemem war dancers and tribal leaders will perform a traditional ceremonial War Dance next to the Sacramento River and will then march to the State Capitol building. The March and War Dance initiate the federal lawsuit the Tribe is filing, asking for compensation for damages done by federal land management policies, including the construction of the Shasta Dam.

Sunday, April 19th: War Dance begins in the evening on the Sacramento River

ROUTE AND TIME FOR MARCH TBA

The Winnemem began a journey to justice in 2004 with a War Dance at Shasta Dam. Today we continue that journey with another War Dance and this lawsuit. Our people are a traditional people, steeped in our culture and traditional lifeways, who have continued our cultural practices throughout the written history of the state of California. With this lawsuit and War Dance, we continue our journey to ensure our basic quality of life and freedom to maintain our traditions and culture.