by Mike Rhodes (editor [at] fresnoalliance.com)
The Union Pacific railroad Hazmat Emergency Response Unit started digging a container out from under Fresno’s largest homeless encampment today. The work is expected to continue until Friday. 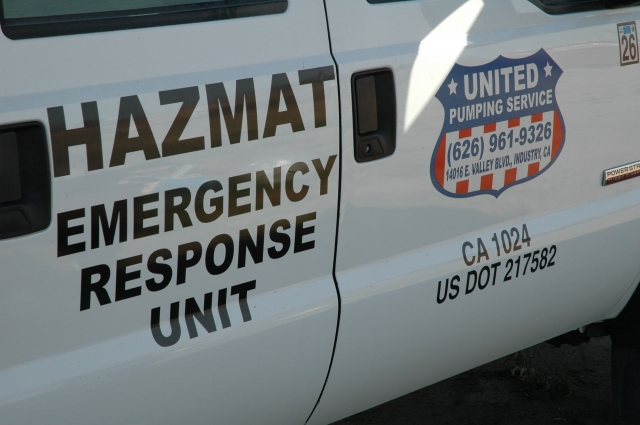 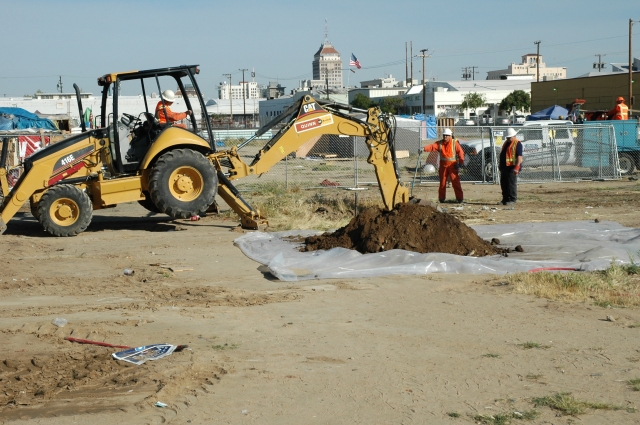 original image (3008x2000)
Union Pacific has put a temporary fence up around the site where they are working to dig out a large petroleum container. Earlier, workers pumped out what was in the container and tests were conducted to determine what was underground. As you can see, the workers involved were not using extraordinary precaution when removing the container. It was reassuring to see that they were not wearing space suits with self contained breathing apparatuses.
END_OF_DOCUMENT_TOKEN_TO_BE_REPLACED
§Birds Eye View
by Mike Rhodes 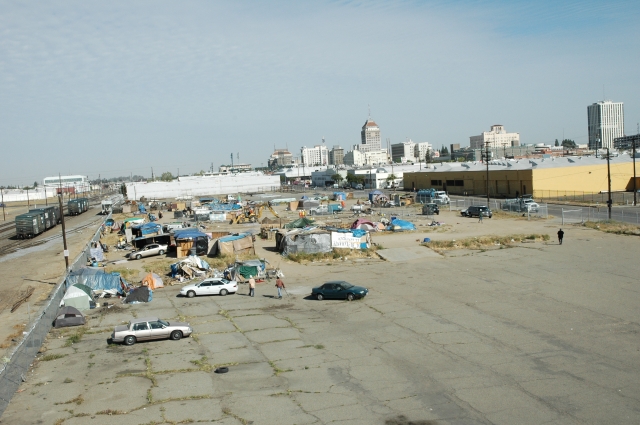 original image (3008x2000)
This is a view of the encampment and excavation site from the overpass, just south and over the top of New Jack City. New Jack is under the overpass. Downtown Fresno is in the background. The fence on the left hand side of the encampment is topped with razor wire. The new fence on the right still has an opening for residents to come and go. That fence is topped with barbed wire. Union Pacific owns the land. 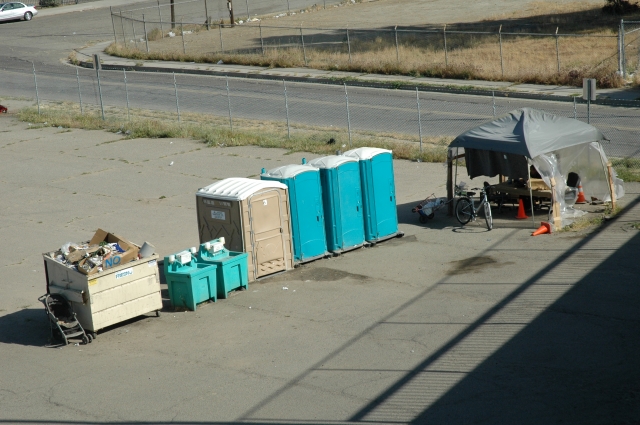 original image (3008x2000)
The City of Fresno pays $13,000 a month for these portable toilets. The city pays for a security service (see canopy on the far right) to monitor the toilets 24 hours a day, 7 days a week. 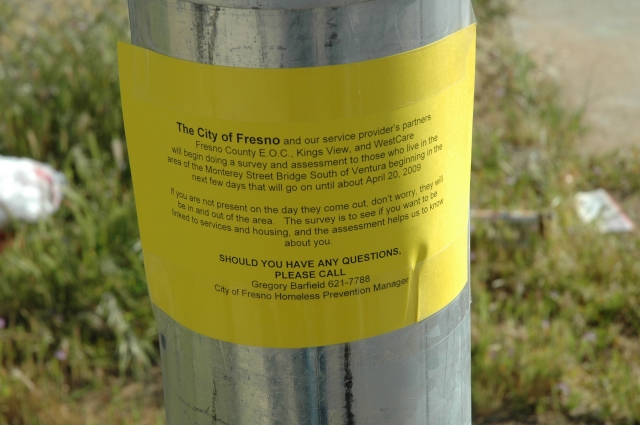 original image (3008x2000)
This is a new sign that was posted at the homeless encampment to tell the residents that the City of Fresno is conducting a “survey” of the residents. What the sign does not say is that the city is paying social service providers, who many of the homeless refer to as poverty pimps, $50,000 to conduct this evaluation to see who is or is not worthy to receive housing vouchers that the city says will be available later this month. 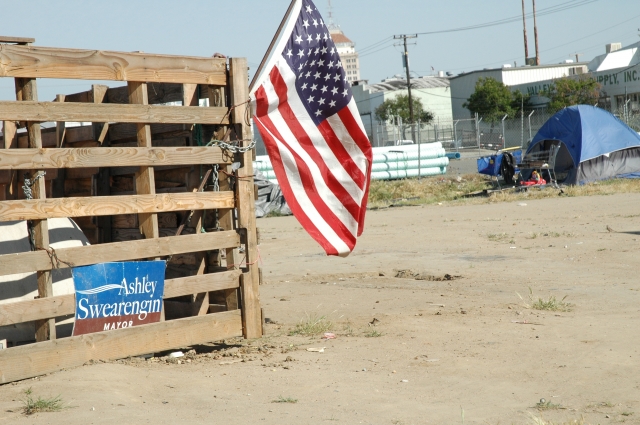 original image (3008x2000)
I don’t know what to make of this Ashley Swearengin for mayor sign that is a part of this person’s home. Perhaps they voted for Ashley. Ashley says she wants to end homelessness and has hired Gregory Barfield to oversee the project. On the other hand, the sign could be highly ironic, sort of like the “Welcome to Autryville” sign that went up a couple of years ago at The Hill, a homeless encampment on G street. Alan Autry was Fresno’s mayor at the time. 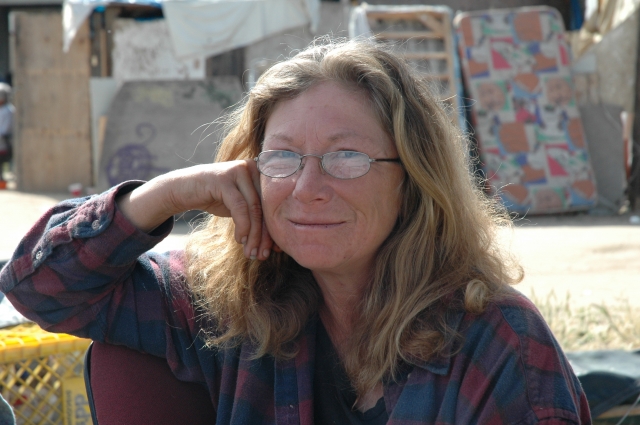 original image (3008x2000)
Diana says she has lived in this encampment for a while now (over a year) and is ready to “move on.” She estimated that there were about 120 people living in the encampment (other estimates are between 200 -300) and she told me she has seen 4 people stabbed out here in the last couple of weeks. Greg Barfield, the Fresno Homelessness Prevention Manager says he will start providing housing vouchers later this month - the City Council approved $700,000 for this project last week.
END_OF_DOCUMENT_TOKEN_TO_BE_REPLACED
Add Your Comments
Support Independent Media
We are 100% volunteer and depend on your participation to sustain our efforts!