Add an Event
Newswire
Calendar
Features
Home
Donate
From the Open-Publishing Calendar
From the Open-Publishing Newswire
Indybay Feature
Publish to Newswire
Add an Event
Related Categories: Central Valley | Labor & Workers
Fresno Homecare Workers, Consumers, and Community Members March against SEIU Harassment
by Mike Rhodes (editor [at] Fresnoalliance.com)
Thursday Mar 12th, 2009 4:56 PM
About 60 homecare workers and their allies rallied in front of the Service Employees International Union-UHW office in Fresno today. The workers want to disaffiliate from SEIU and join the National Union of Health Care Workers (NUHW). The union locked their doors, hid behind the curtains, took pictures of the members at the rally, and called the police. SEIU-UHW staff would not allow their own union members into the building. 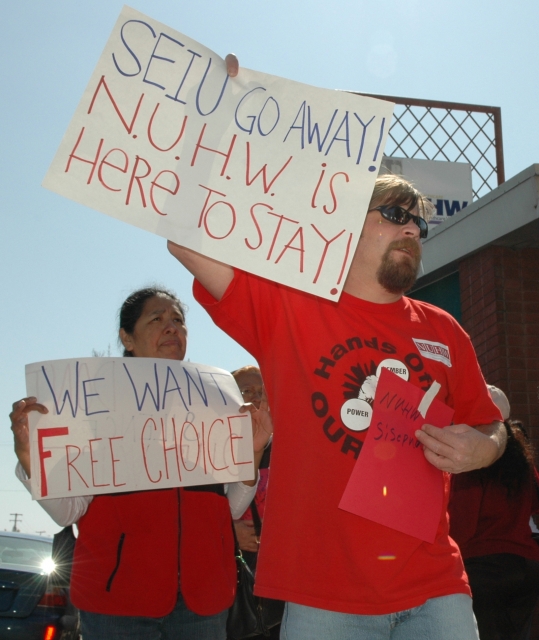 original image (1599x1896)
Here is the Press Release, sent out by NUHW about today’s rally:

In-Home Healthcare workers, consumers, and community members will rally and then march to SEIU-UHW's Fresno office to demand that SEIU allow their union elections to proceed free from intimidation and fear. SEIU has mounted a campaign of retaliation throughout Fresno County and across California against healthcare workers who are rejecting the scandal-plagued union. SEIU's harassment of local home healthcare workers is disrupting the quality of care being provided in people’s homes.

SEIU has used legal tricks to block workers' elections across the state, and used threats and intimidation to prevent them from making a free choice. At some facilities, SEIU staff has colluded with management to have workers suspended or terminated for supporting NUHW.

“No lawsuits, no retaliation, no delays. We have the right to vote now!" said Mary Padilla. “We won't allow the SEIU to intimidate and harass us. We are committed to providing the highest quality care for our consumers and we won't let the SEIU get in our way." 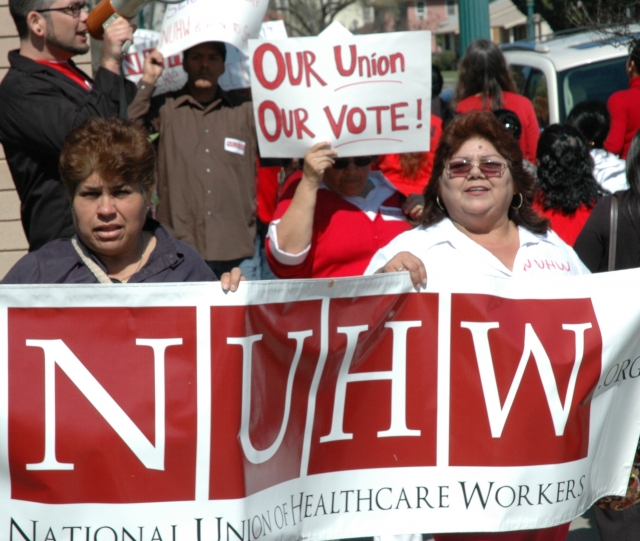 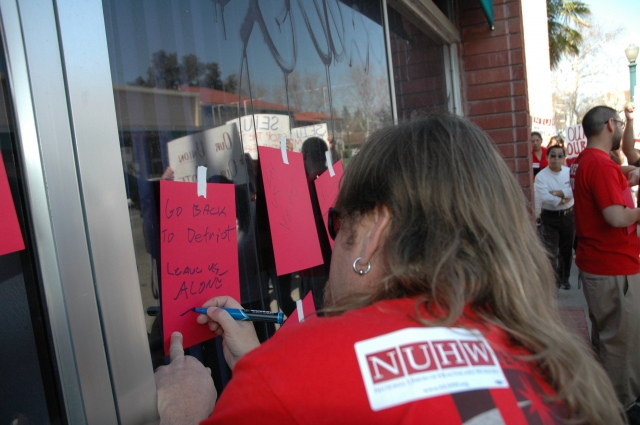 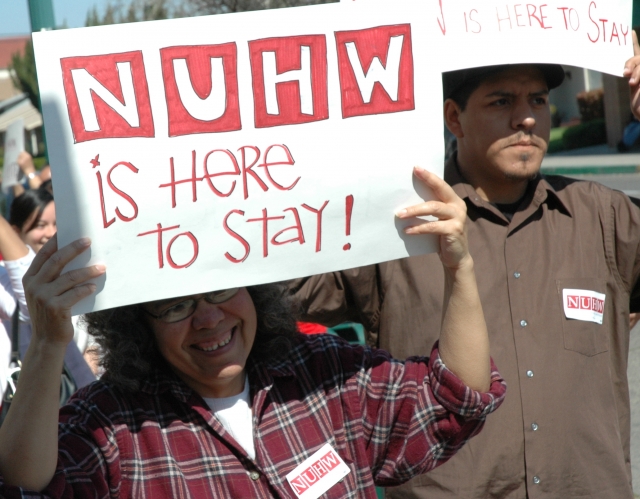 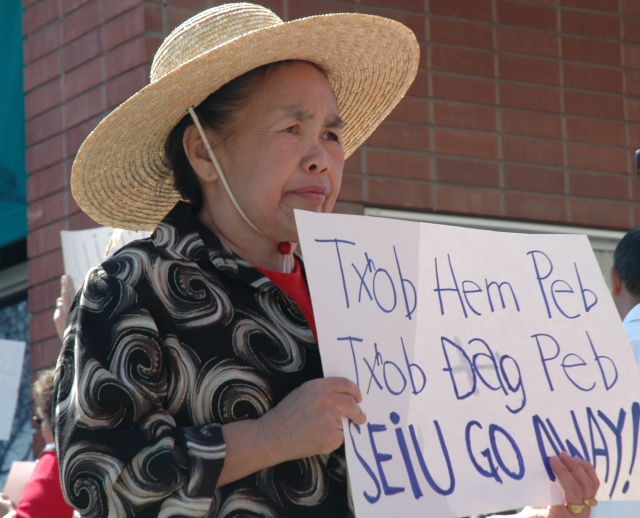 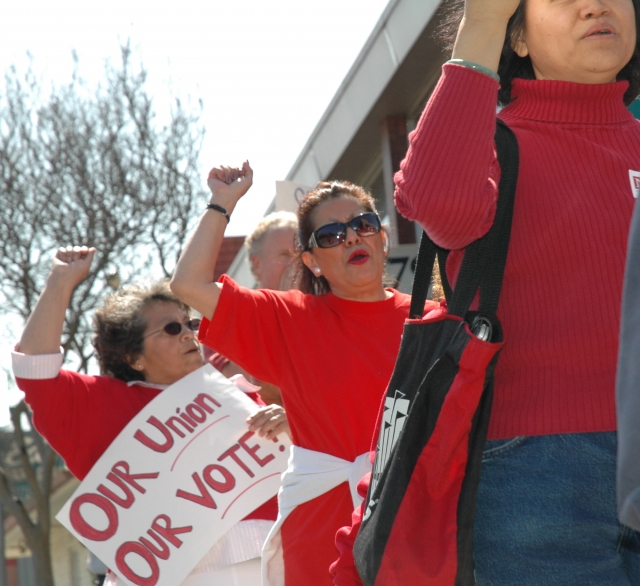 original image (2094x1919)
The workers want the right to vote on which union will represent them. They are tired of SEIU harassment, intimidation, and stalling tactics. 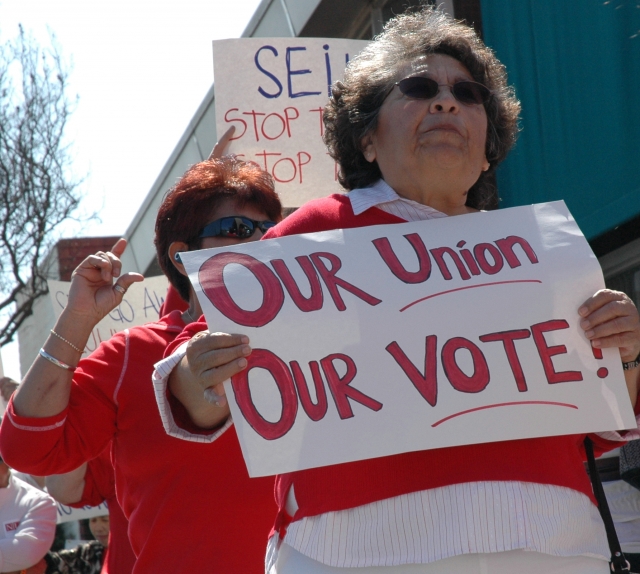 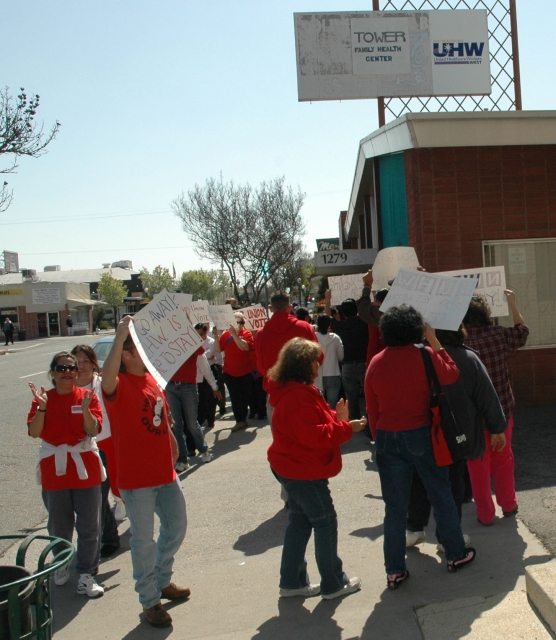 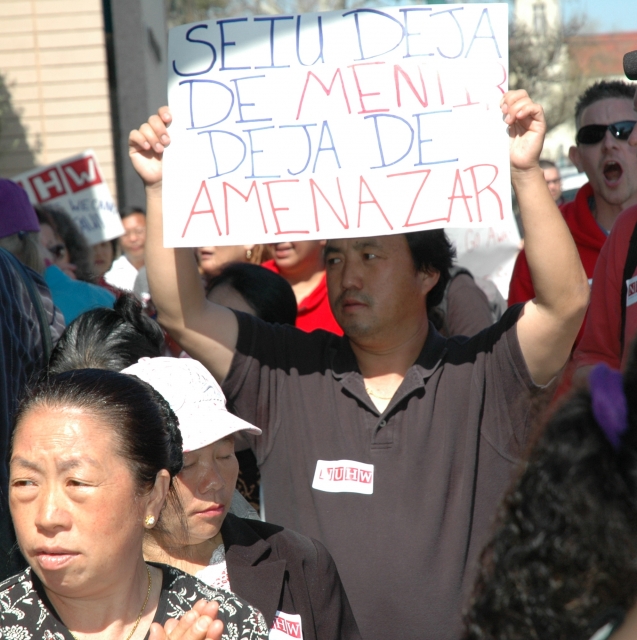 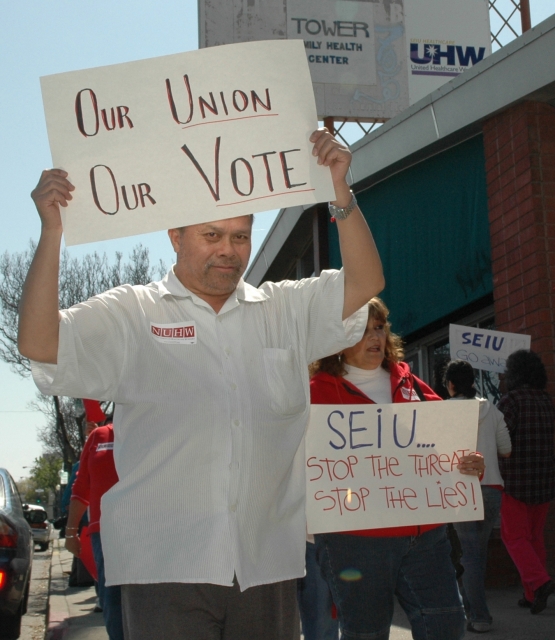 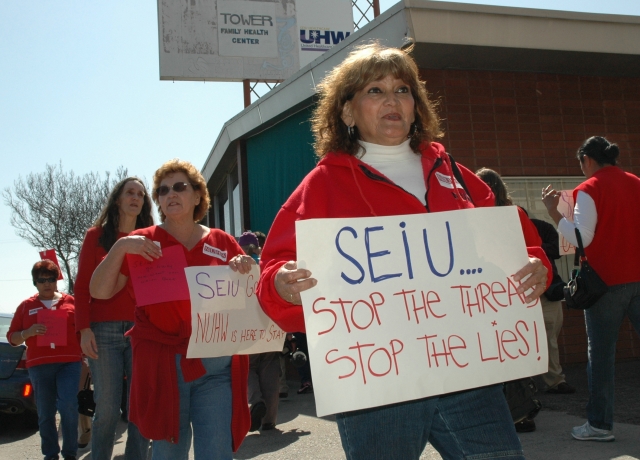 original image (2363x1702)
http://www.indybay.org/newsitems/2009/03/0...
Add Your Comments
LATEST COMMENTS ABOUT THIS ARTICLE
Listed below are the latest comments about this post.
These comments are submitted anonymously by website visitors.