by Mike Rhodes (editor [at] fresnoalliance.com)
The H street homeless encampment in Fresno is being fenced in by Union Pacific railroad. The City of Fresno has issued a press release protesting the action, but seems powerless to stop the railroad from evicting the homeless residents. 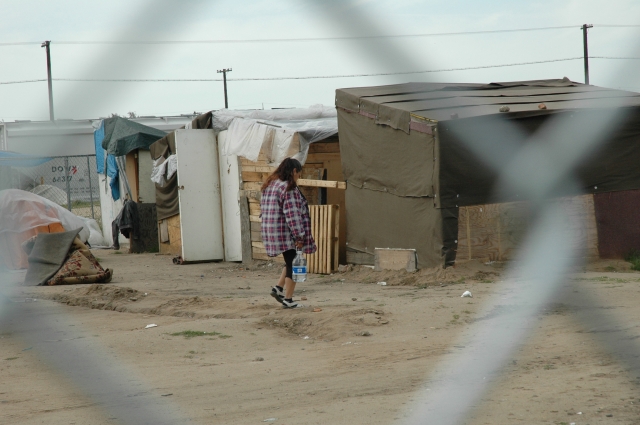 The Union Pacific Railroad is putting up a fence, topped with barbed wire, at the H street homeless encampment in downtown Fresno. The section of fence now being built along H street will completely enclose the encampment, which is on Union Pacific property. The railroad wants the homeless to move and has posted no trespassing signs.

Several hundred homeless people live at the H street encampment. The encampment was started several years ago and has the tacit approval of City Hall. The City of Fresno has even placed portable toilets & trash bins at the encampment. Earlier today, city sanitation workers were on the site and cleaned up rubbish that had accumulated on the outskirts of the encampment.

Gregory Barfield, the City’s Homeless Prevention and Policy Manager, has been in contact with Union Pacific and he told me that he had an agreement with them not to evict the homeless. Barfield said the railroad agreed to wait until the City of Fresno’s voucher program was up and running before forcing anyone off the property. The voucher program, which has not yet been approved by the City Council, would provide homeless people with an apartment and social services. It is an essential part of the Housing First program that both the City and County of Fresno have agreed to implement.

The voucher program, according to Barfield, was going to be brought before the City Council in February, but was delayed. Barfield said he needed time to evaluate and assess the needs of the homeless at the H street encampment before taking the proposal to City Council. In a press release from the City of Fresno today, the voucher program is now expected to be presented in April. The press release from the city is below.

The press release said “The City of Fresno today again called on the Union Pacific Railroad
Company (UPRR) to delay construction of a fence surrounding two large homeless encampments on H Street in downtown Fresno. The City voiced concerns about potential safety risks to those living in the encampments as a result of the fencing.”

Barfield said, late this afternoon, that the railroad is not going to immediately evict the homeless and that he believes the City of Fresno has some time to work out what will happen next. While at the encampment today I talked to Guillermo, who is a resident of the H street encampment. Guillermo, who is from Puerto Vallarta, Mexico, said he is out of work right now, because there are no jobs at local ranches. Guillermo wanted to know what was going on and if he was going to be evicted. He said nobody had told him or any of his friends what was going on and he was concerned that they were being fenced in. Mike Mitchum, another resident of the H street encampment, said he felt like Union Pacific was treating them like animals in a zoo, by fencing them in.

It is unclear, at the time of this writing, if the City of Fresno has the authority to stop Union Pacific from conducting the evictions. The railroad has their own police and often behave independently from local authorities. The railroads have previously conducted raids on the homeless, destroying their tents, arresting those who resist, and threatening the homeless with detention and arrest. Is it just me, or is anyone else concerned that a corporation has the ability to arrest people and that our local government can’t do anything to stop them?

The bigger concern however, might be - When will the City of Fresno implement the first phase of its Housing First project, which is supposed to be giving housing vouchers to 200 homeless people, probably at the H street encampment? Union Pacific is cranking up the pressure on the city to force them to act on their pledge to improve the lives of the homeless. Will it be enough to kick start the Housing First program in Fresno? Stay tunned.

END_OF_DOCUMENT_TOKEN_TO_BE_REPLACED
§View from the Overpass
by Mike Rhodes 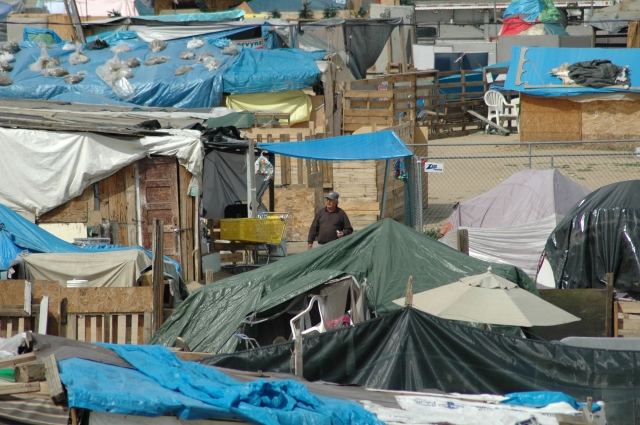 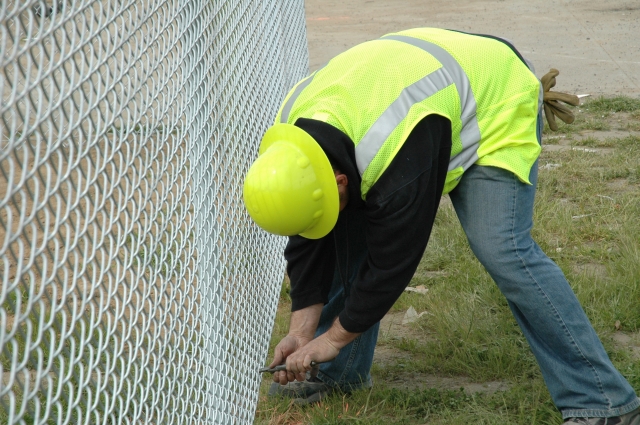 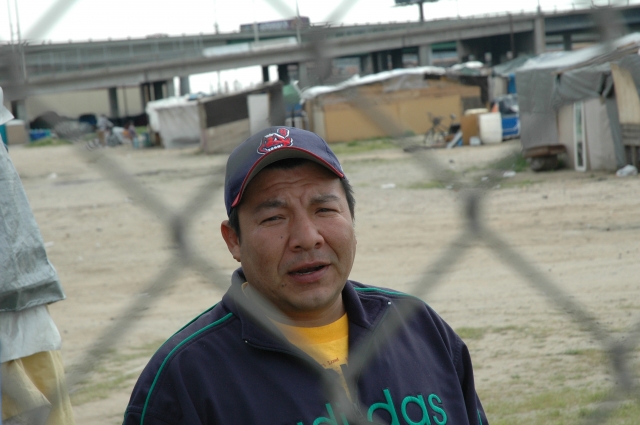 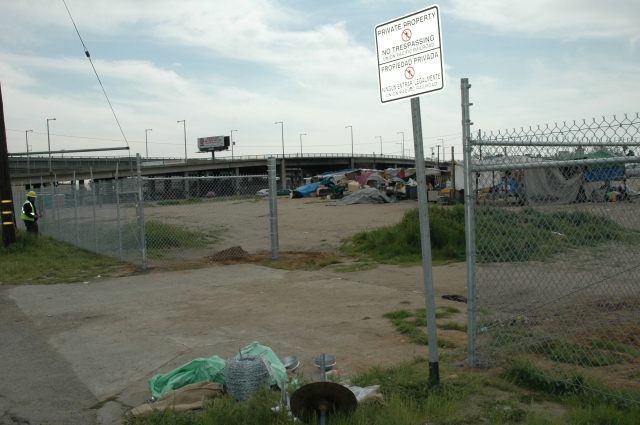 original image (3008x2000)
You can see the barbed wire in the bottom of the photo. A worker told me they would put up the barbed wire on Thursday or Friday. You can also see the No Trespassing sign in this photo. 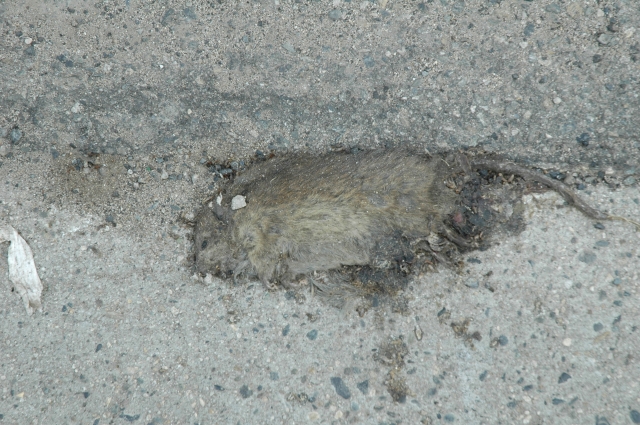 original image (3008x2000)
Because of the trash build up there are rats in the encampment. The City of Fresno could provide enough trash bins to improve the health of the encampment, but they have chosen not to do that. The city has also refused to provide drinkable water in the encampment. City officials have told me that they were concerned that providing these amenities would “encourage” more homeless people to move to the encampment.

END_OF_DOCUMENT_TOKEN_TO_BE_REPLACED
§View from the Overpass
by Mike Rhodes 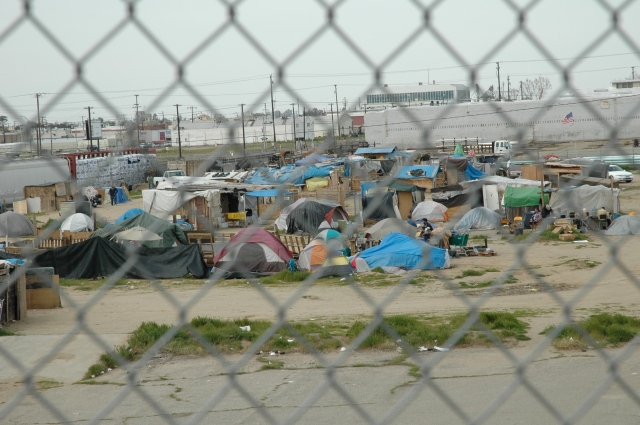 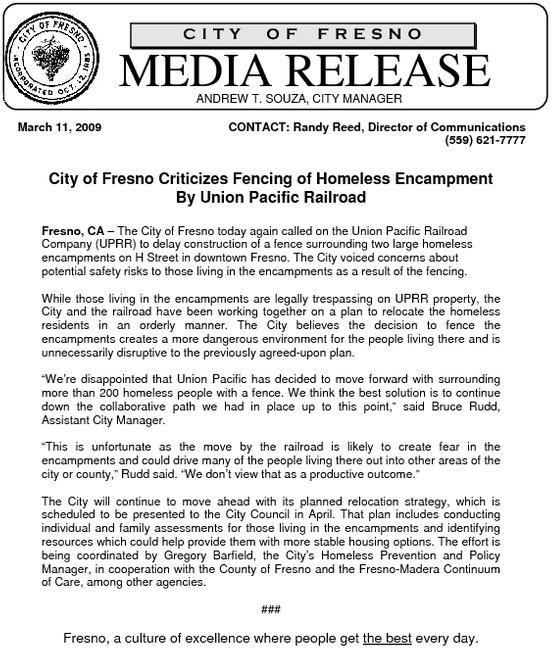 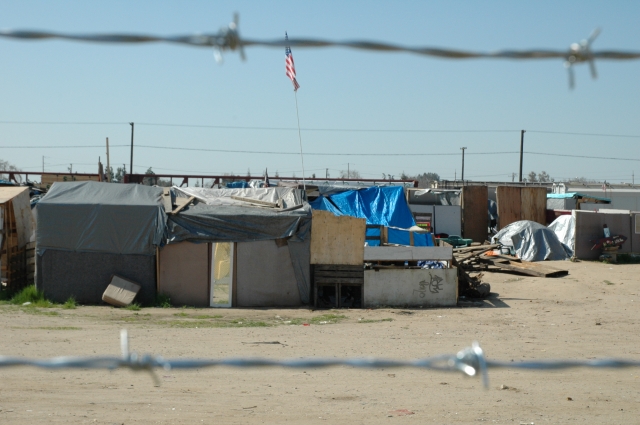 original image (3008x2000)
Barbed wire was put up at the H street encampment on Thursday. There is an open gate where the homeless can still come and go, but it won’t be long before this homeless encampment is shut down. The question is - will the homeless be forced to move and build their shelter on somebody else’s property, or will the City and County of Fresno either a) Find them an apartment or home to live in or b) Establish a safe, clean, and dignified place to live while longer term solutions are found?
Add a Comment
§Jonnypeace
by Jonnypeace
Thanks for the update. To see an in-depth and insightful article about Tent Cities in Fresno and across the West, along with a nice video slideshow, check out:

http://www.hcn.org/issues/41.5/tarp-nation
END_OF_DOCUMENT_TOKEN_TO_BE_REPLACED
Add a Comment
Support Independent Media
We are 100% volunteer and depend on your participation to sustain our efforts!