Add an Event
Newswire
Calendar
Features
Home
Donate
From the Open-Publishing Calendar
From the Open-Publishing Newswire
Indybay Feature
Publish to Newswire
Add an Event
Related Categories: East Bay | Police State & Prisons | Racial Justice
No Justice No BART Takes Fare Gates at Fruitvale Station, Oakland, 3/5/09: photos
by dave id
Sunday Mar 8th, 2009 3:46 PM
No Justice No BART held their first in a series of actions at the Fruitvale BART station in Oakland on Thursday, March 5th at 4pm. NJNB intends to continue disruptive protests at various BART stations around the Bay until their list of demands is addressed by BART and other authorities. The Fruitvale station was chosen as the first target as it's where Oscar Grant III was murdered on January 1st. While this action was not a complete shut down of the station because police funneled passengers in and out of the station through a back door, demonstrators did block the fare gates at Fruitvale for two full hours, meaning that BART collected no money at the station during the rush hour commute. 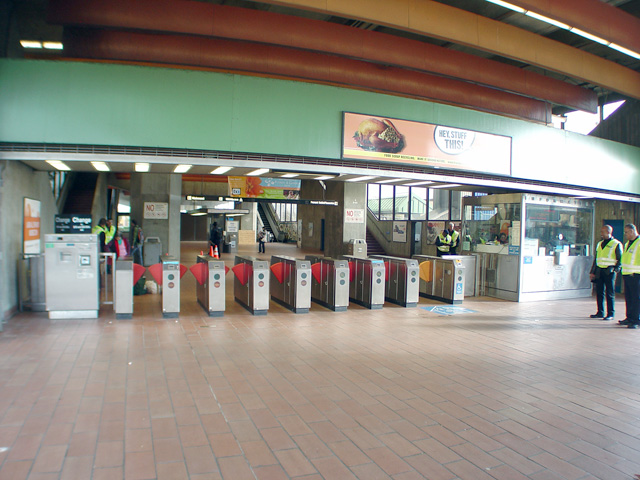 Looking back on the first action, Krystof Cantor of No Justice No BART said the demonstration was a success despite the corporate media's focus on protesters not having fully closed the station. He notes that some had objected beforehand to the idea of interfering with the commutes of workers, and in that sense the demo was a win-win in that passengers came and went yet BART collected no fares during the protest and spent extra money on the phalanx of security and riot police they chose to have present. The only loser was BART itself -- appropriate, Cantor noted, as BART and their continuing inadequate response to the murder of Oscar Grant is the target of the No Justice No BART campaign.

The next NJNB action is scheduled for 4pm Thursday, March 19th at the Rockridge BART station in Oakland. 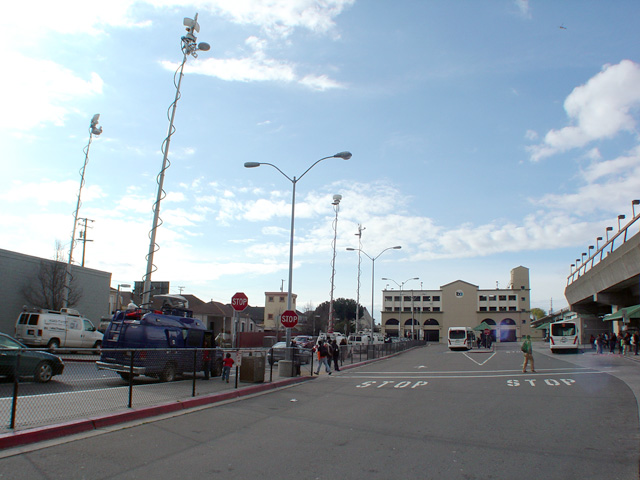 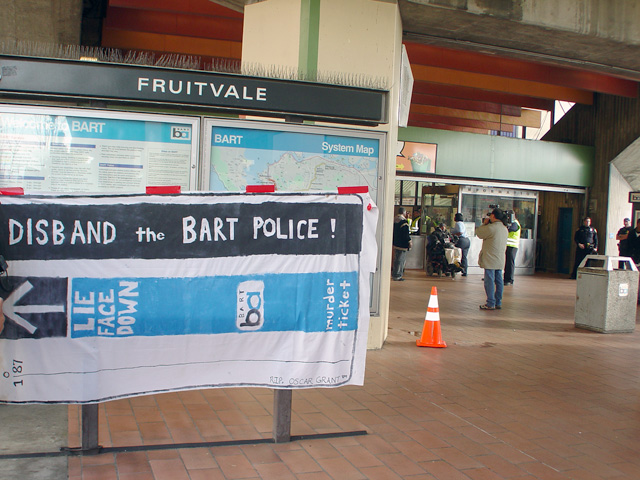 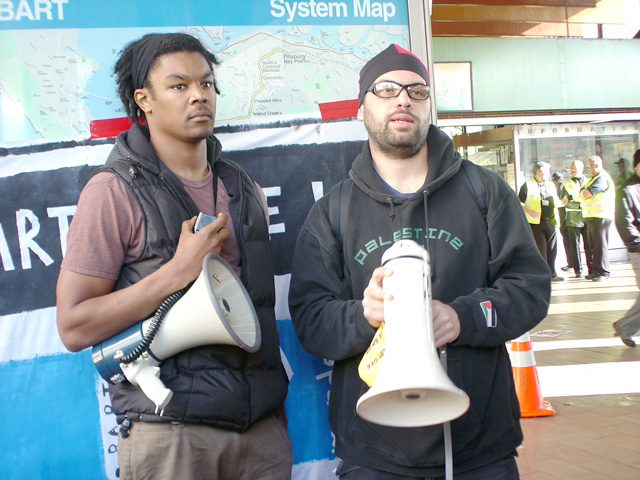 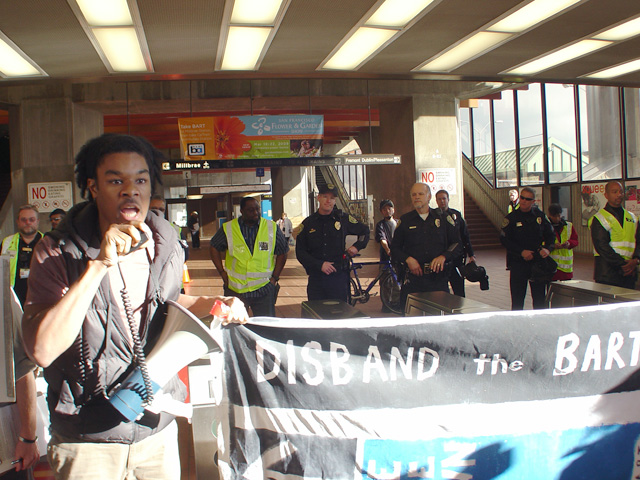 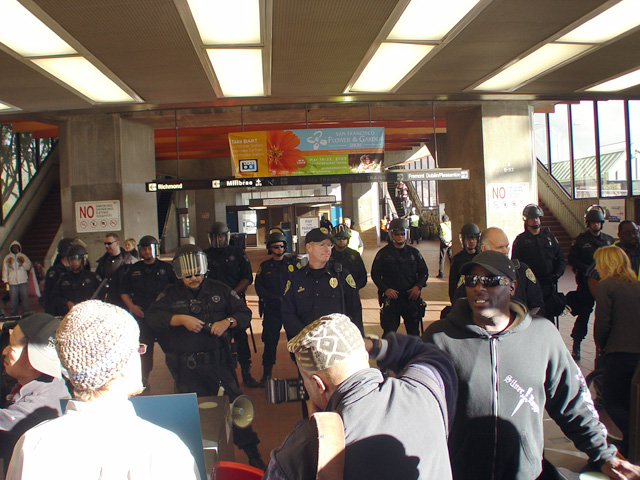 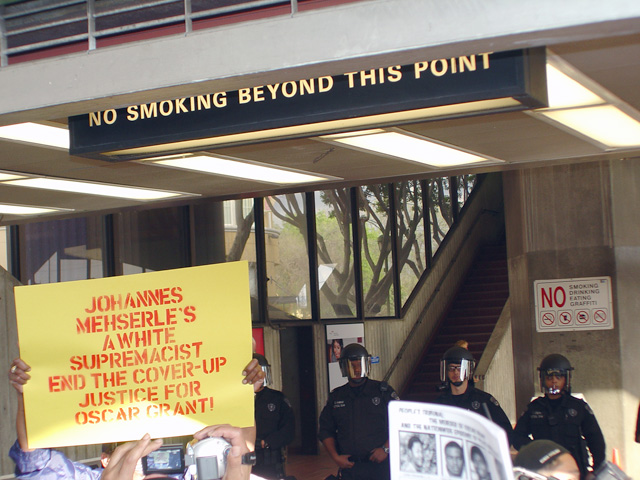 At the BAMN Oscar Grant Tribunal the day before, it was mentioned that there are suspicions that Mehserle is a part of some organized white supremacy group and that efforts were underway to verify if this is true or not: http://www.indybay.org/newsitems/2009/03/06/18575244.php. 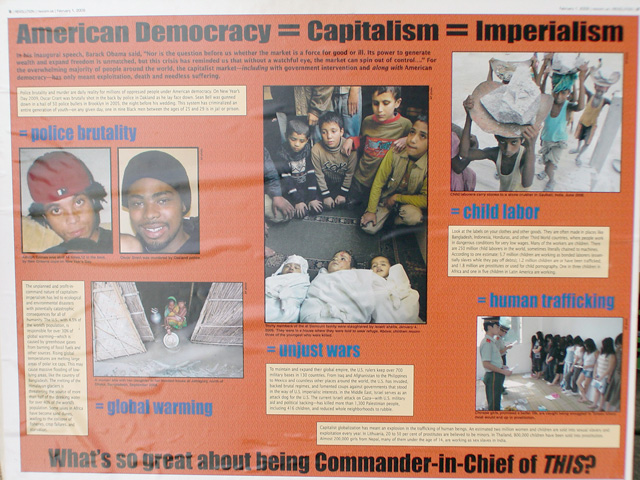 When Farrakhan spoke in Oakland on February 17th, he made a remark about the powers that be not caring if Obama, a person of color, was captain now because the ship of America is currently sinking due to their corruption: http://www.indybay.org/newsitems/2009/02/18/18571707.php. 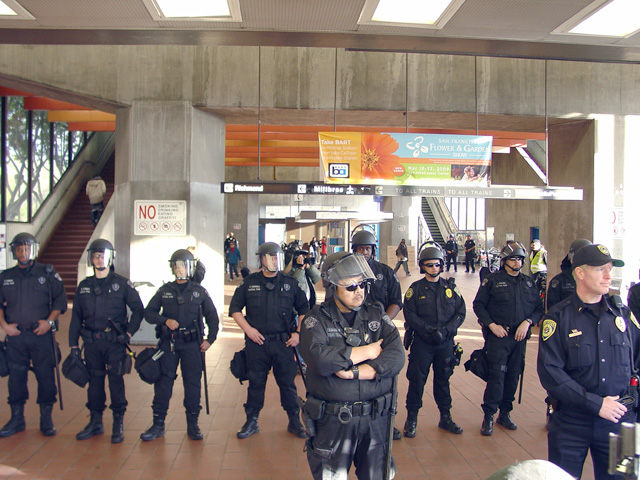 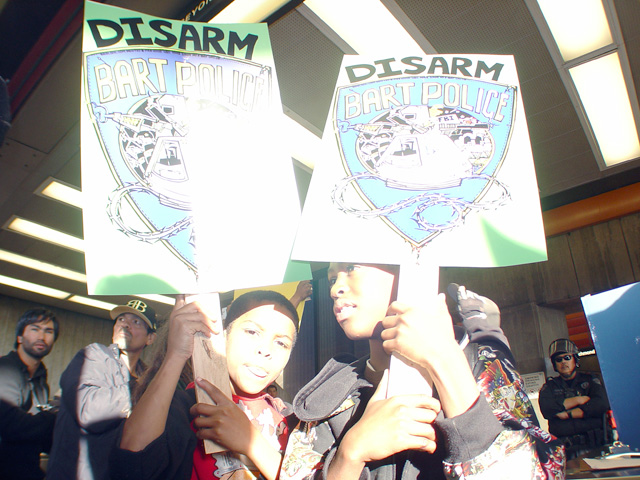 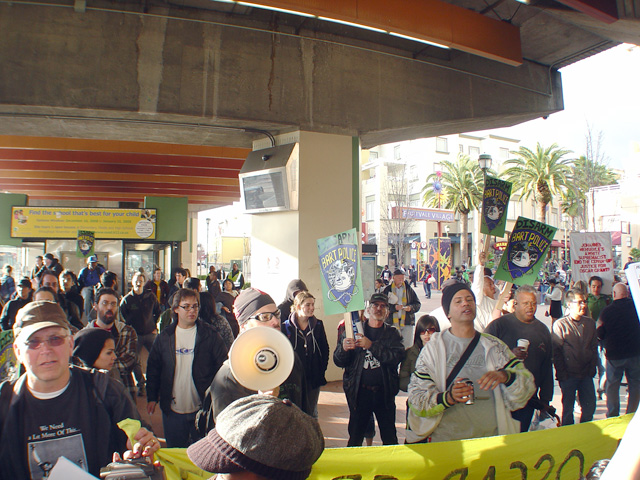 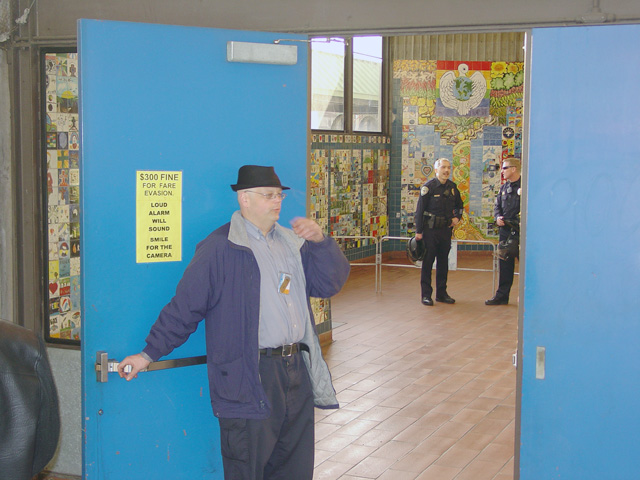 No $300 fines for fare evasion today 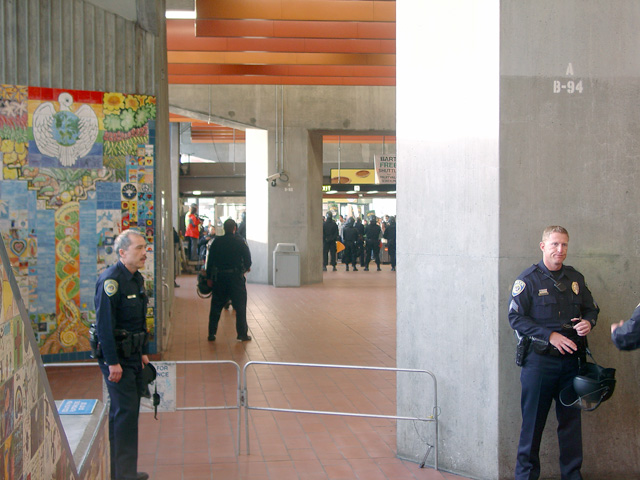 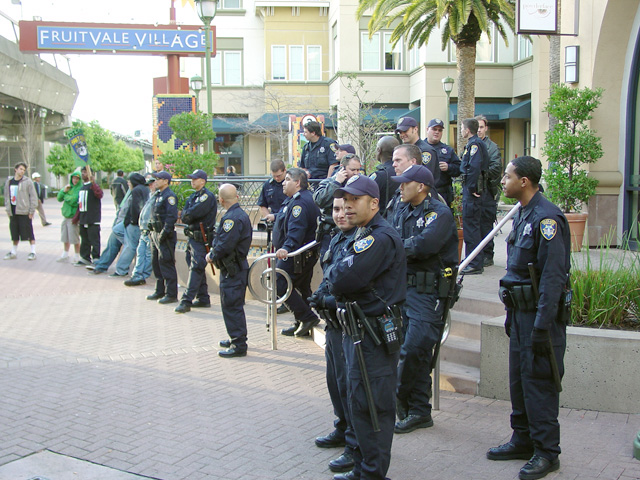 Community policing not being a priority in this city, officers are rarely found outside of their cars for any serious length of time -- preferring to roll around intimidating citizens -- except for when they have numbers like this, which in itself is another form of intimidation.
http://www.indybay.org/newsitems/2009/03/0...
§Thousands of Stolen Lives across America
by dave id Sunday Mar 8th, 2009 3:46 PM 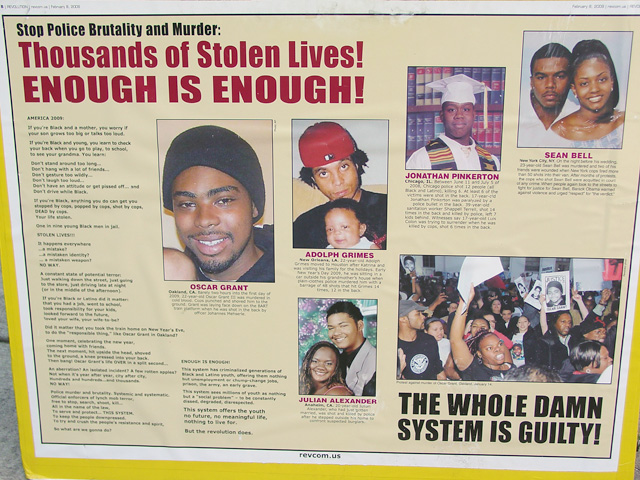 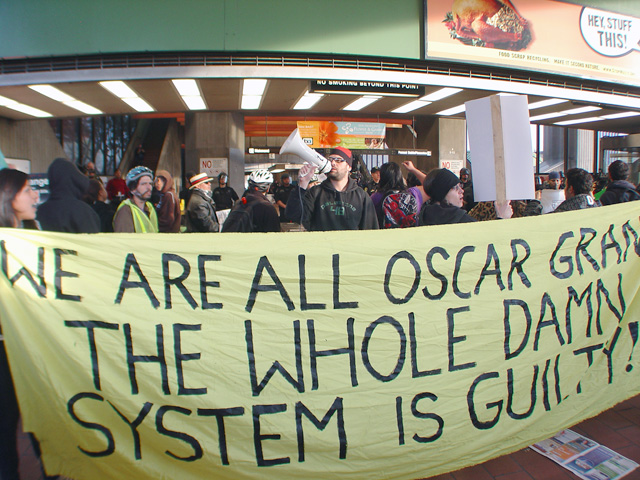 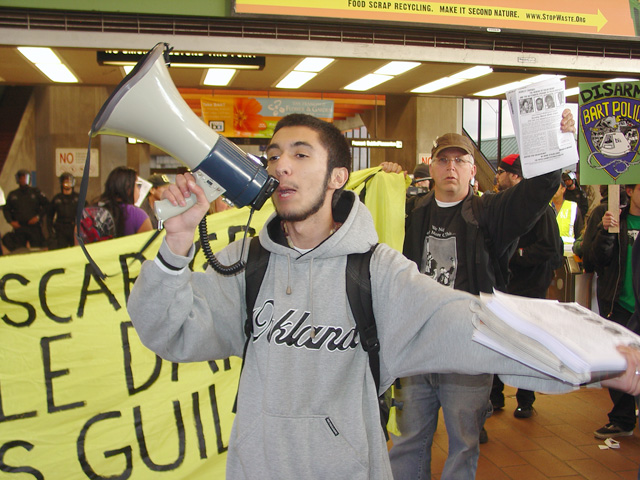 Supporters are asked to attend David's next hearing at 8:30 am on April 10th at the Juvenile Justice Center in San Leandro. 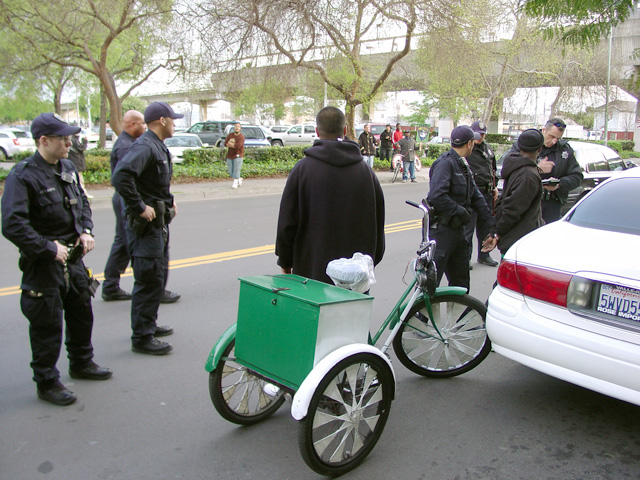 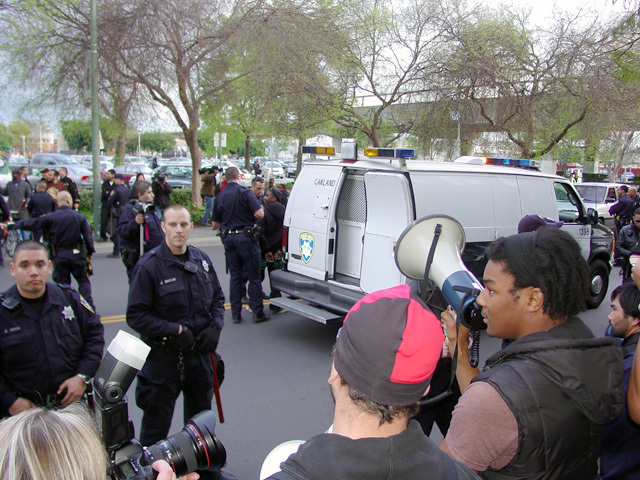 He was issued a ticket for no helmet and released.
http://www.indybay.org/newsitems/2009/03/0...
Add Your Comments
LATEST COMMENTS ABOUT THIS ARTICLE
Listed below are the latest comments about this post.
These comments are submitted anonymously by website visitors.