Speakers taking the event through the history of Huey and the Black Panther Party included, amongst others, Melvin Dickson of the Seattle chapter of the BPP, Neomi Banks Marco of the BPP Oakland Community School, Minister of Culture Emory Douglas, Chairman Bobby Seale, and James Mott of The Lumpen.

Event co-sponsored by the Li'l Bobby Hutton Memorial Committee. Bobby Hutton was murdered by Oakland police a few days after the assassination of Martin Luther King, Jr. in 1968. Fundraising efforts are currently under way to place a statue in Bobby Hutton's honor at Bobby Hutton (AKA DeFremery) Park in West Oakland. Friends and Family of Li'l Bobby Hutton have an event scheduled at the West Oakland Public Library on April 11th at 1pm. Call 510-704-0565 for more info. 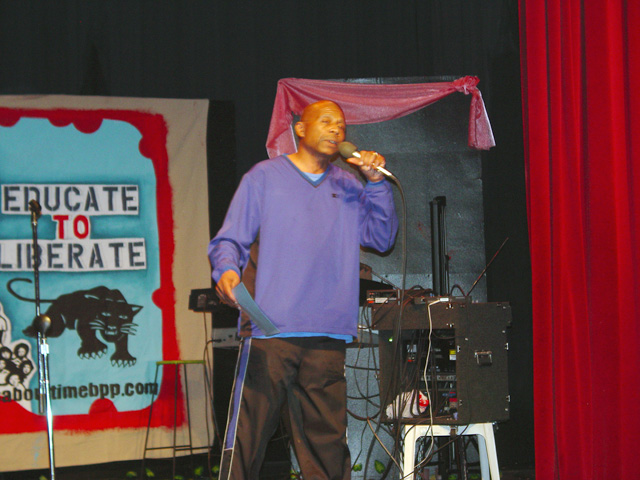 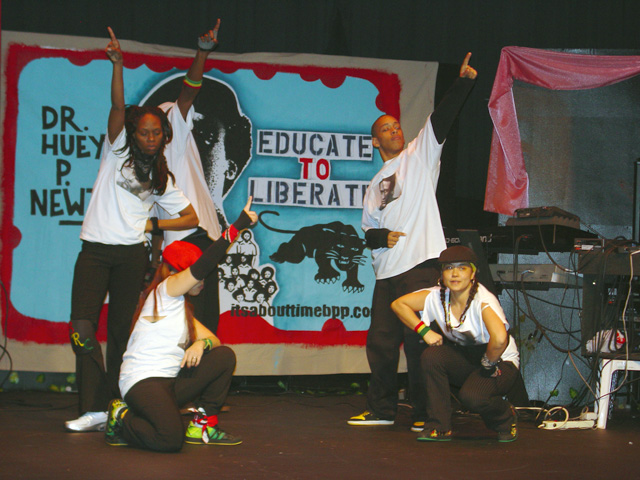 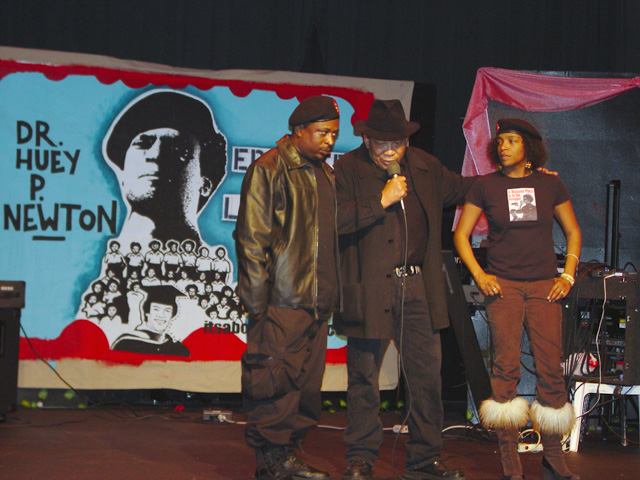 Acknowledgment made for Melvin Newton, brother of Huey, who was in attendance.
http://www.itsabouttimebpp.com
§Mandingo, Dereka Blackmon, and Jack Bryson
by dave id Monday Feb 23rd, 2009 7:13 PM 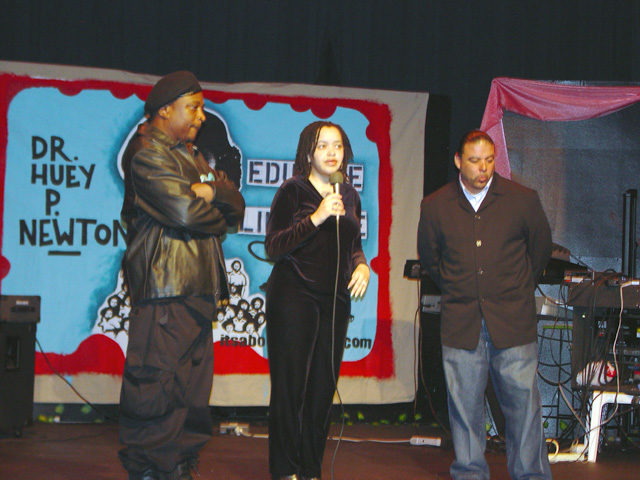 Dereka spoke about getting involved with upcoming events this Friday, February 27th in honor of Oscar Grant's 23rd birthday: 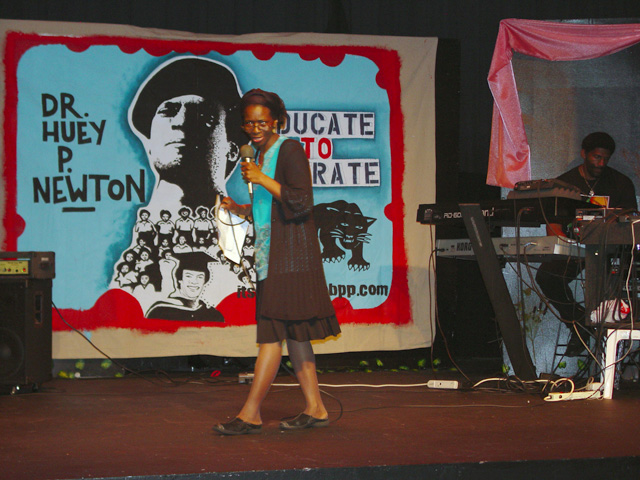 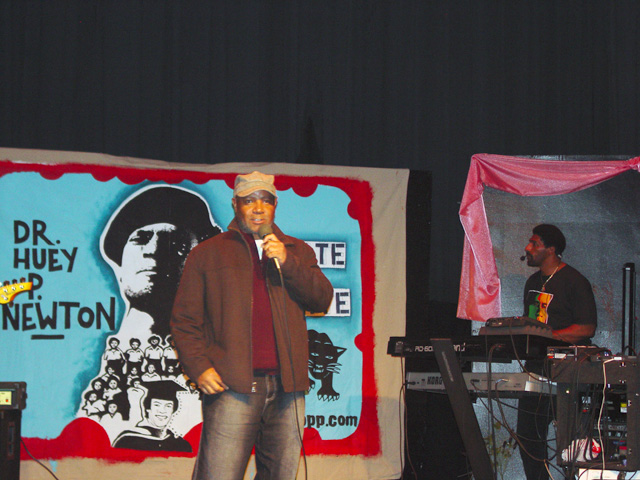 Much of his art has been featured in the BPP Commemorator newspaper over the years, and his style was adopted internationally by other artists.
http://www.itsabouttimebpp.com
§Seven random works of Emory Douglas
by dave id Monday Feb 23rd, 2009 7:13 PM

Seven random images from the dozens displayed at the event, in the order they were shown at 5 second intervals here. More work can be found across the internet, and Emory Douglas is currently working on developing his own website to highlight his art in the near future.
http://www.itsabouttimebpp.com
§Emory Douglas - Minister of Culture BPP
by dave id Monday Feb 23rd, 2009 7:13 PM
Listen now:
Copy the code below to embed this audio into a web page:
Download Audio (14.8MB) | Embed Audio
(audio 32:17) 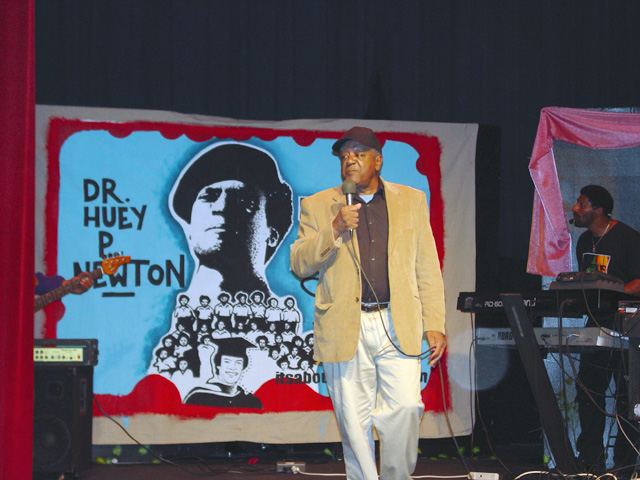 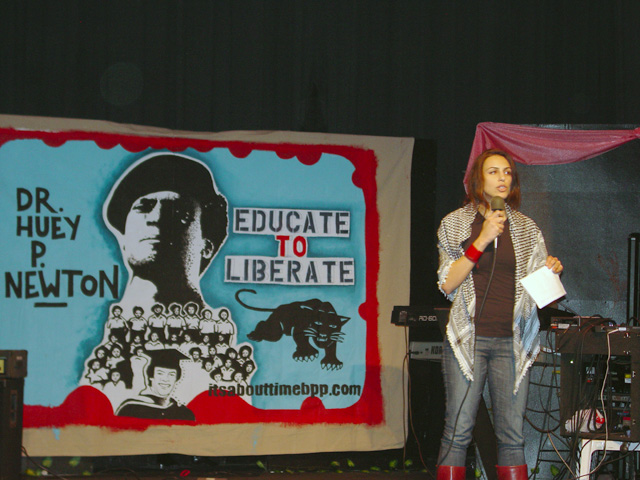 Nadine speaks about historical solidarity between Black Panthers and Palestine, chemical weapons used in the recent war on Gaza and conditions in Gaza today, and current developments in Israeli politics. 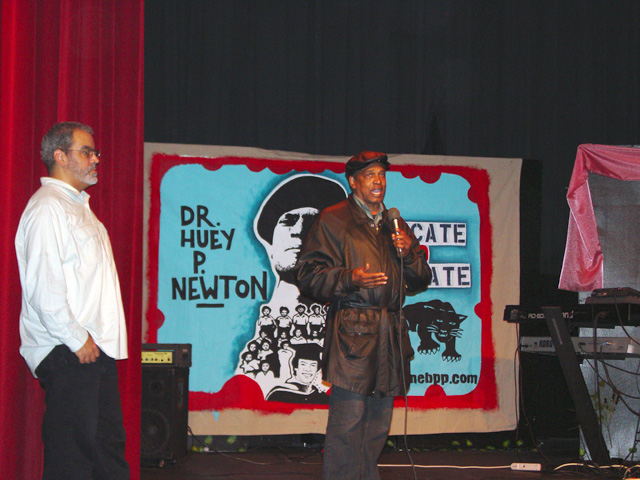 http://www.itsabouttimebpp.com
§The Lumpen on the cover of The BPP Commemorator
by dave id Monday Feb 23rd, 2009 7:13 PM 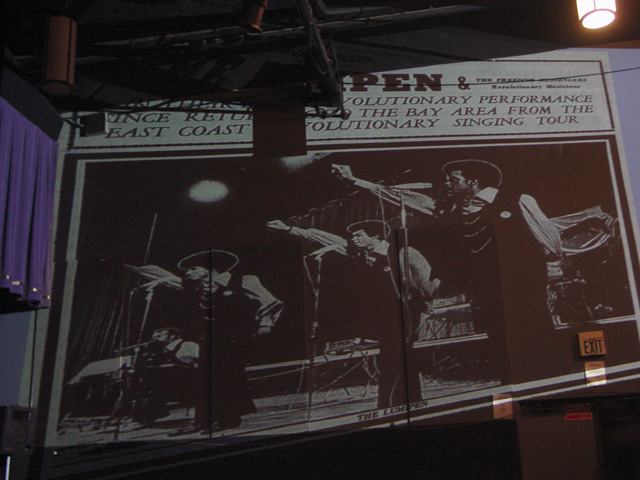 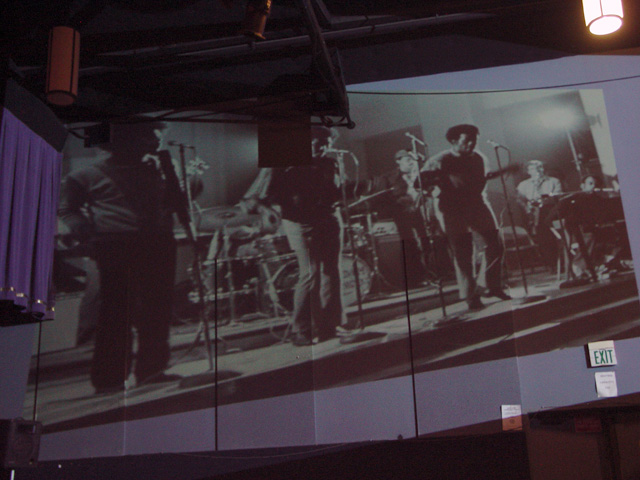 http://www.itsabouttimebpp.com
§Ricky Vincent, James Mott - The Lumpen
by dave id Monday Feb 23rd, 2009 7:13 PM
Listen now:
Copy the code below to embed this audio into a web page:
Download Audio (7.4MB) | Embed Audio
http://www.itsabouttimebpp.com
Add Your Comments
Support Independent Media
We are 100% volunteer and depend on your participation to sustain our efforts!