Add an Event
Newswire
Calendar
Features
Home
Donate
From the Open-Publishing Calendar
From the Open-Publishing Newswire
Indybay Feature
Publish to Newswire
Add an Event
Related Categories: San Francisco | Arts + Action | Labor & Workers
Laborfest 2009 Open Call To Artists
by Laborfest
Thursday Feb 19th, 2009 4:04 PM
Laborfest 2009 which will commemorate the 75th anniversary of the San Francisco general strike has called for artists in San Francisco, in the US and internationally to submit work for it's art exhibition 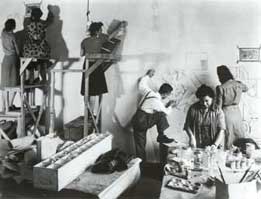 Capitalism in Crisis: The State of Labor in the United States Today
An Open Call to Artists

LaborFest invites artists to participate in a landmark exhibition here in the City by the Bay, San Francisco, a town rich in labor history. This year marks the 75th anniversary of the General Strike of 1934, which completely immobilized San Francisco, and dramatically affected Seattle, Portland, and Los Angeles for many months as unions all along the West Coast rose in solidarity to combat the corporate greed that had marked the collapse of the American economy at the start of the Great Depression; seamen, longshoremen, mechanics, culinary workers, taxi drivers, transit operators, field laborers, all participated in this historic moment.

Today, with labor having been assaulted and eviscerated at many levels over the past several decades, it is an opportune time to reflect on the life and place of labor in the United States. We seek submissions by artists which address any aspect of the complex relationship between American capitalism and contemporary labor. Themes may address: 1) capitalism and the American worker, 2) the health and status of unionism, 3) the capitalist workplace and ethics, 4) human displacement caused by trends in technology, 5) the loss of domestic manufacturing, 6) the collapse of domestic industries, 7) American capitalism and the treatment of foreign workers, 8) American connections to workers of the world, 9) The Internet, Internationalism, and the U.S. worker, and/or, 10) future prospects for renewed growth in American labor.

The exhibition will be held during the month of July 2009 at SOMArts Cultural Center (housed in the former Union Machine Company in the South of Market neighborhood), a longtime host to community arts in spacious galleries. LaborFest presents broad programming on labor and culture, including film, book, historic tour, scholarly panel, and theater events. This is LaborFest’s 16th year of organizing provocative, commemorative, and entertaining cultural programmes. For more information, please visit: http://www.laborfest.net/

All visual and sound media are solicited. Send submissions on slide or disk to: David Duckworth, 2261 Market Street #331, San Francisco, CA 94114. Please include stamped, self-addressed mailer for return of material. Individual questions can be directed to David Duckworth at duckdiva(at)yahoo.com. Please include statement about work. Artist’s website links will be included at the LaborFest website. Deadline for submissions is Friday, April 3, 2009. 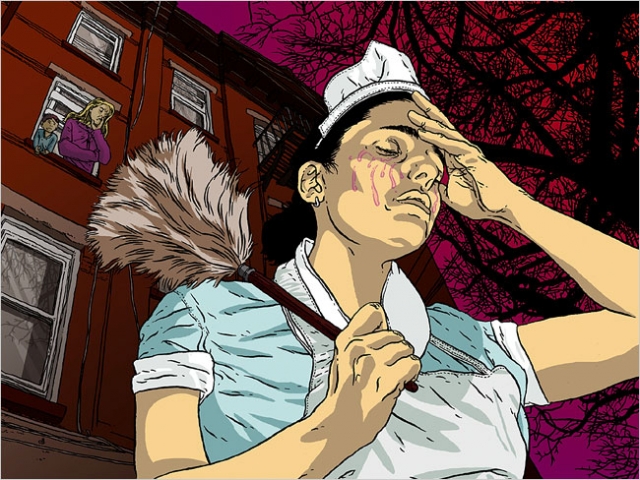 original image (650x488)
http://www.laborfest.net
Add Your Comments
Support Independent Media
We are 100% volunteer and depend on your participation to sustain our efforts!