by Takver - Sydney Indymedia
Marine Scientists who met in Monaco in October 2008 have released a strong statement on January 30 about ocean acidification accelerating due to increasing carbon emissions caused by human induced climate change. The Declaration calls on Governments to take urgent action to reduce carbon emissions. 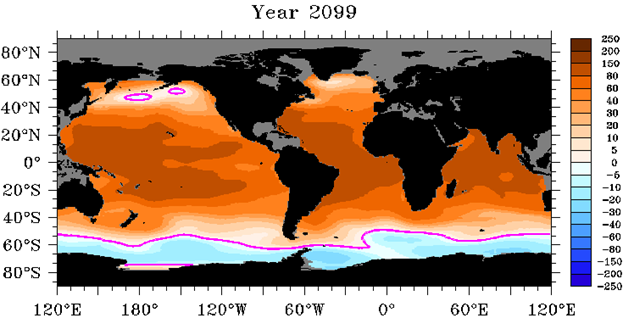 “The chemistry is so fundamental and changes so rapid and severe that impacts on organisms appear unavoidable.” said James Orr of the Marine Environment Laboratories (MEL-IAEA) and chairman of the symposium. “The questions are now how bad will it be and how soon will it happen."

"The Ocean in a High-CO2 World" symposium held in Monaco is a forum held once every 4 years providing marine scientists an opportunity for a comprehensive and authoritative assessment of ocean acidification and its impact.

Prince Albert II of Monaco has urged political leaders to heed the Monaco Declaration as they prepare for climate negotiations at the United Nations Climate Change Conference in Copenhagen later this year.

While the deadly loss of life in the 2009 Bush fires in Victoria is generating calls for the Australian Government to increase carbon emission reduction, the loss of pteropods in the Southern Ocean will riple through the marine food chain and have a devastating effect on marine biodiversity and marine food production.

Related Categories: International | Environment & Forest Defense
Add Your Comments
Latest Comments
Listed below are the latest comments about this post.
These comments are submitted anonymously by website visitors.
TITLE
AUTHOR
DATE
Earthlings You Have Very Little Time To Save Your Oceans
Russ
Support Independent Media
We are 100% volunteer and depend on your participation to sustain our efforts!