Add an Event
Newswire
Calendar
Features
Home
Donate
From the Open-Publishing Calendar
From the Open-Publishing Newswire
Indybay Feature
Publish to Newswire
Add an Event
Related Categories: East Bay | Police State & Prisons
Public Safety Committee to Oakland Youth on Proposed Curfew - You Won, 2/10/09: audio
by dave id
Wednesday Feb 11th, 2009 12:51 AM
This is audio recorded at the Oakland Public Safety Committee hearing at City Hall regarding a proposed youth curfew. With a strong, determined showing by youth and their supporters in council chambers, the proposal does not even go to a vote. Committee member announces at end of curfew hearing, "You won."
Listen now:
Copy the code below to embed this audio into a web page:
Download Audio (29.0MB) | Embed Audio
This 1 hour 3 minute audio is missing the first 25 minutes of the hearing. Mostly this is public comment by dozens of speakers against the proposed youth curfew, with only two supporters of the curfew heard here. Four council members speak near the end of the hearing. At one point late in the hearing, as one council member made remarks the crowd found objectionable, one man in the balcony was threatened with having the police forcibly remove him when he tried to explain why the remarks were problematic.
§Public Comment
by dave id Wednesday Feb 11th, 2009 12:51 AM 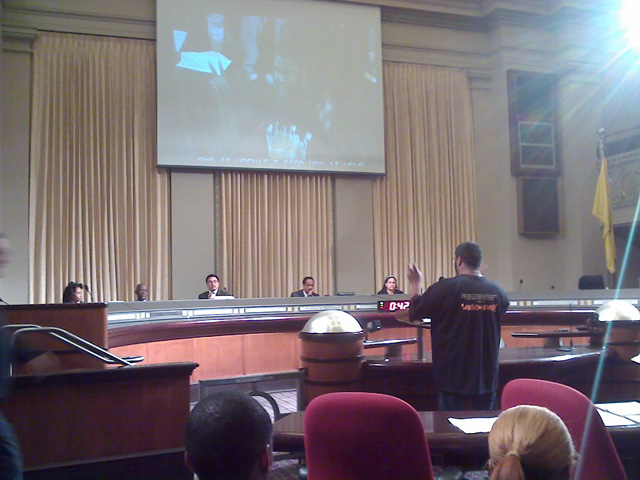 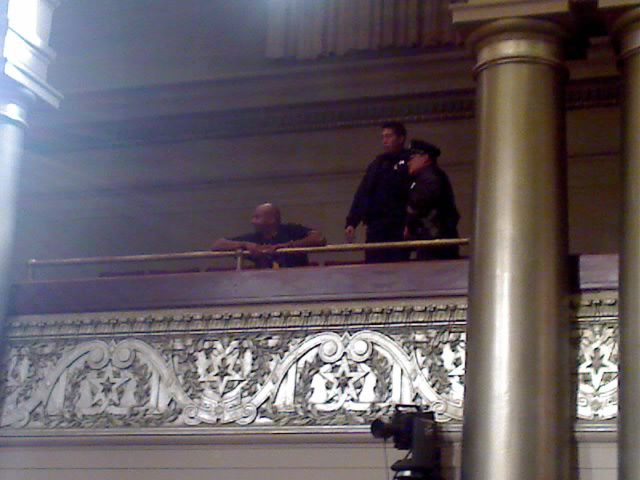