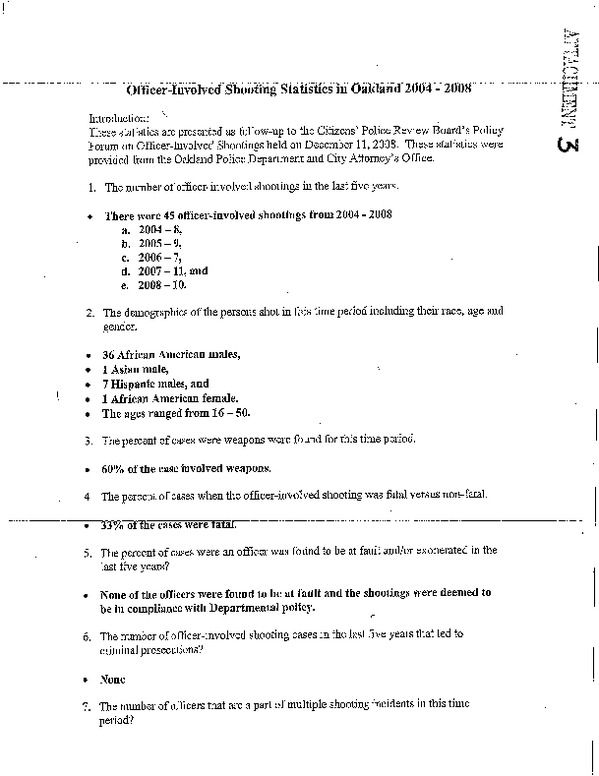 Download PDF (59.7KB)
Besides the fact that there were 45 officer-involved shootings reported, the first thing that jumps out is that 80% of the victims were African American, in a city that is roughly 35% African American (as per 2000 U.S. census data). Fifteen people were killed from 2004 to 2008. The overall number of shootings increased in 2007 and 2008. Forty percent of those shot had no weapons, according to police. Five officers were involved in more than one shooting, and yet not one of any of the officers involved in shootings were found to have been at fault, meaning any discipline whatsoever for them was simply "not applicable."