Add an Event
Newswire
Calendar
Features
Home
Donate
From the Open-Publishing Calendar
From the Open-Publishing Newswire
Indybay Feature
Publish to Newswire
Add an Event
Related Categories: East Bay | Environment & Forest Defense
Oakland Critical Mass, 2/6/08: photos
by dave id
Saturday Feb 7th, 2009 4:12 PM
Not too long after police had finally cleared out from Frank Ogawa Plaza following the March of Stolen Lives, Oakland Critical Mass headed off for it's first-Friday-of-the-month ride. This time, through downtown and around Lake Merritt, ending up at Art Murmur on Telegraph. 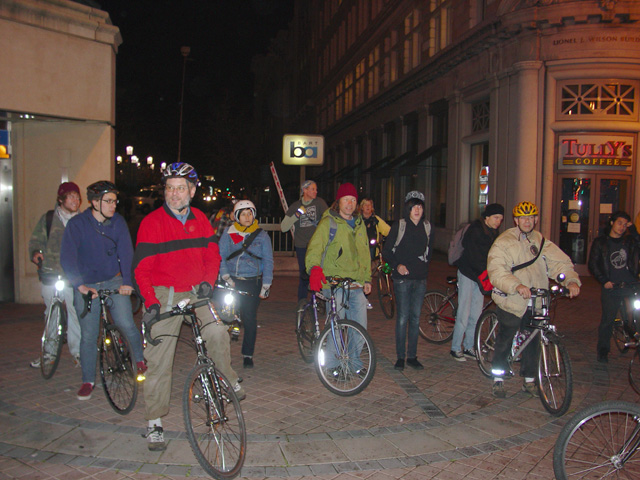 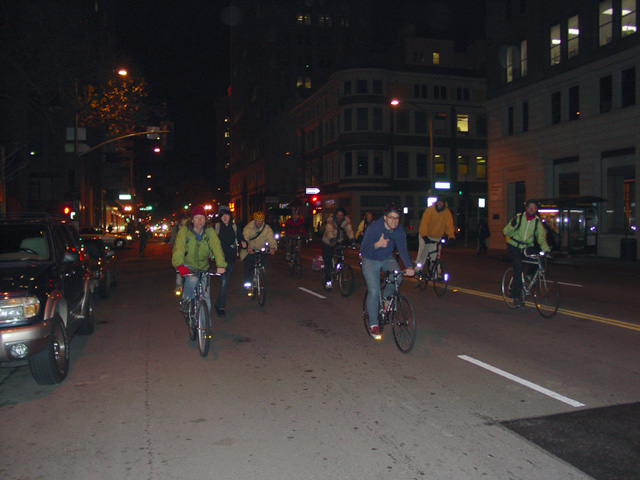 One funny thing that happened two or three times through downtown was bystanders just randomly shouting, "Obama!" as the ride passed. Not sure how the ride provoked that reaction, or what is the root of this call-out phenomenon.
§A runner (to right) lead the way for much of the first portion of the ride
by dave id Saturday Feb 7th, 2009 4:12 PM 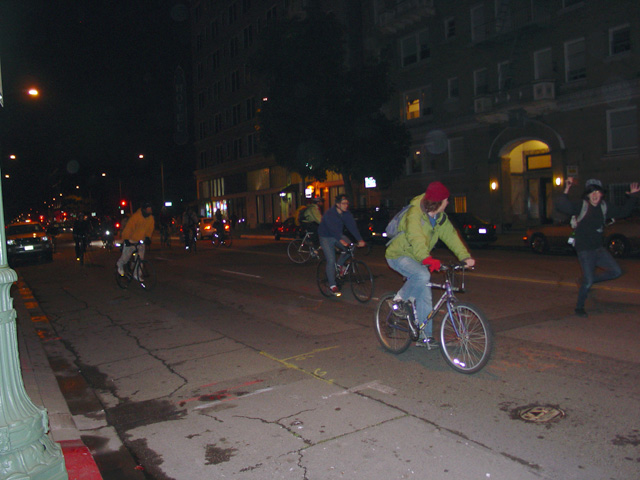 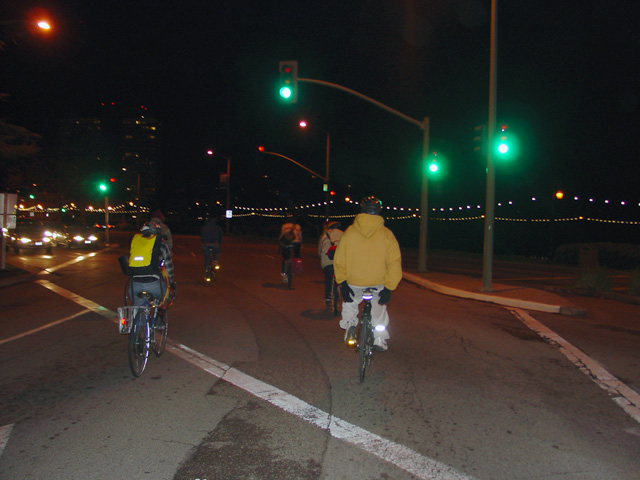 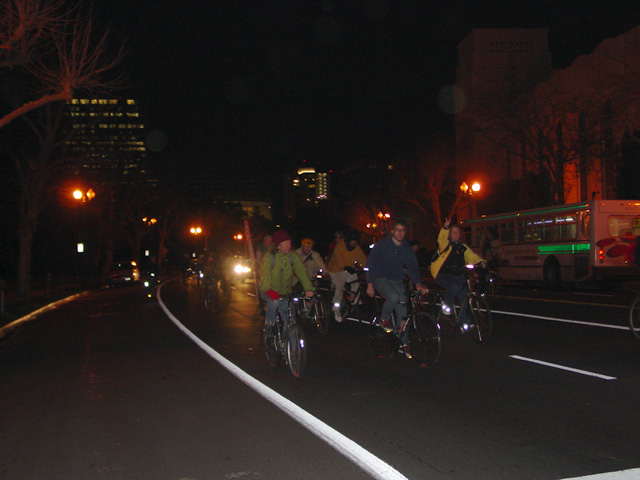 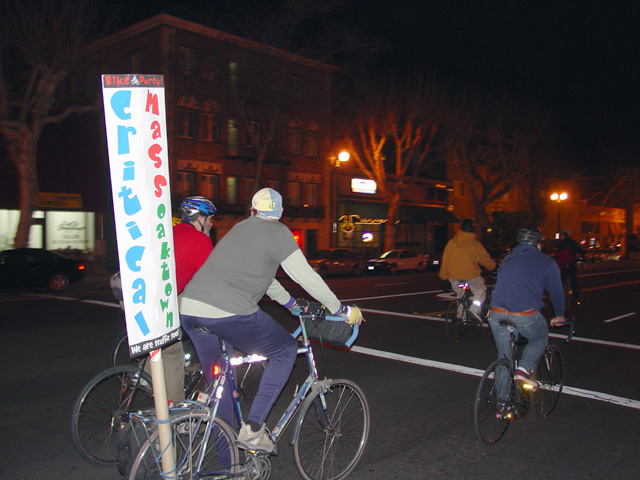 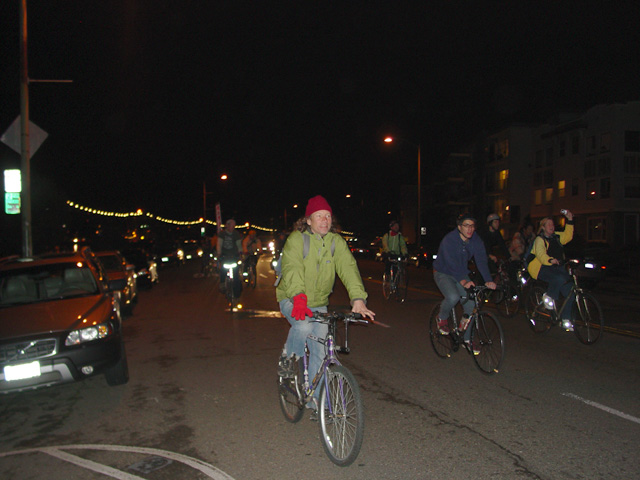 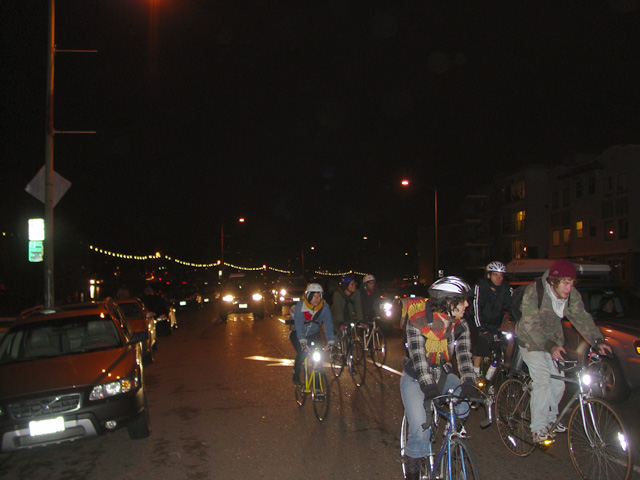 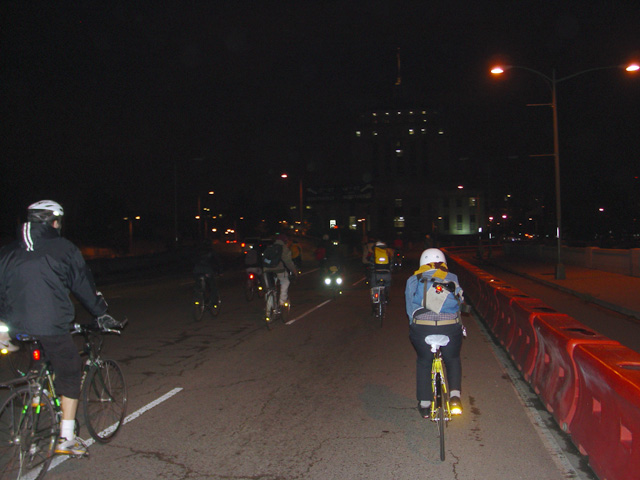 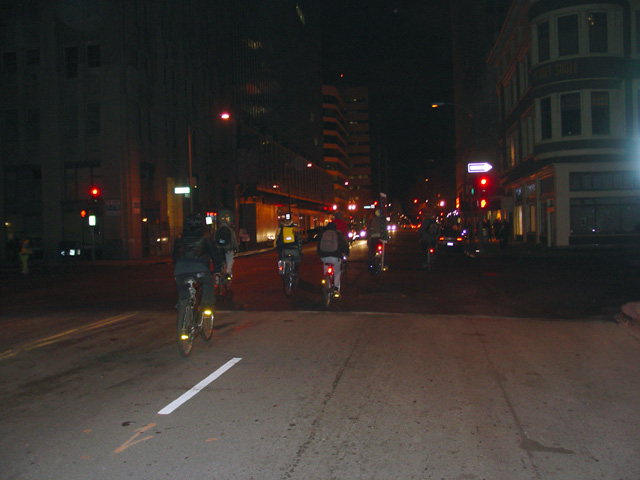 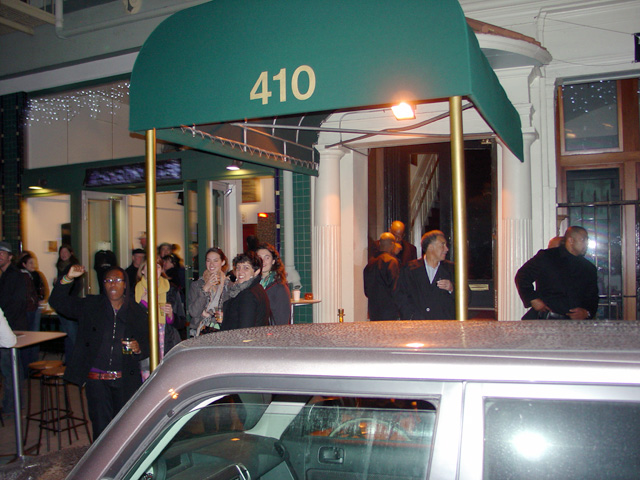 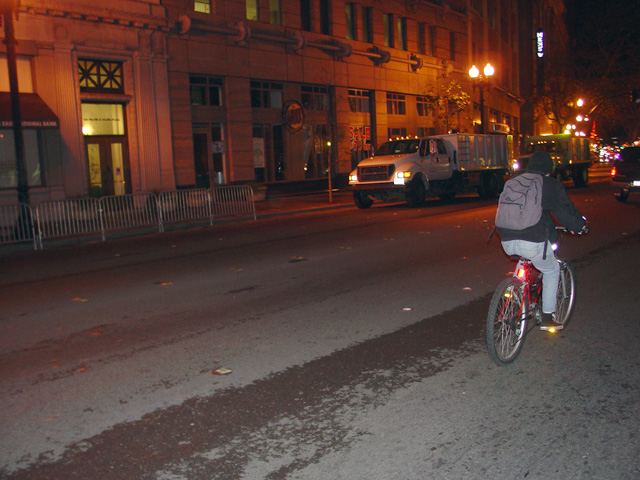 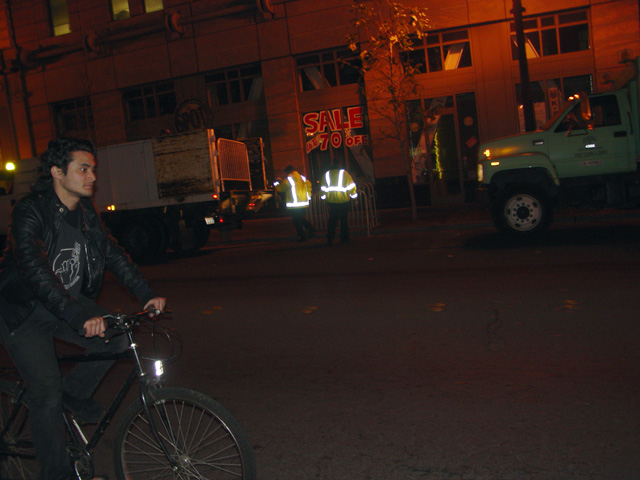 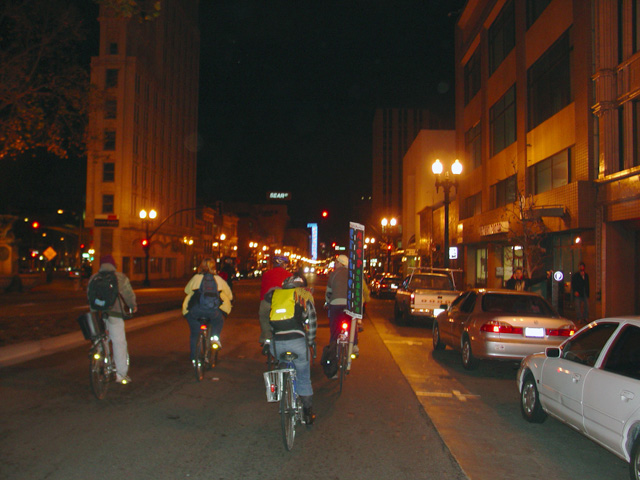 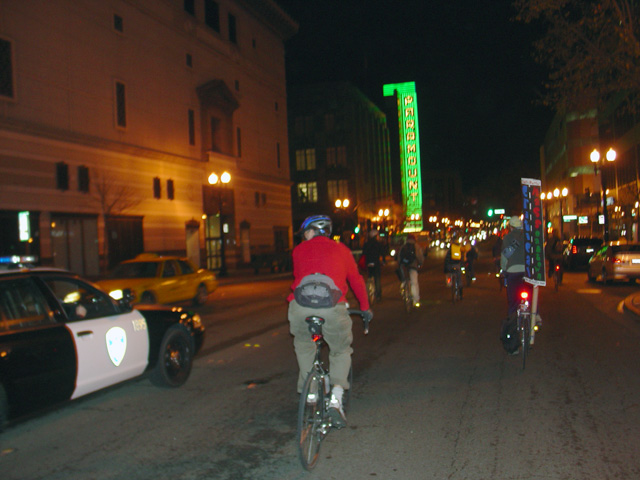 As the ride re-entered downtown after circling the lake, a police helicopter began targeting the ride with its spotlight. About a mile later, these rollers began tagging along, blocking a whole lane of traffic themselves.
§Lines to see Ne-Yo
by dave id Saturday Feb 7th, 2009 4:12 PM 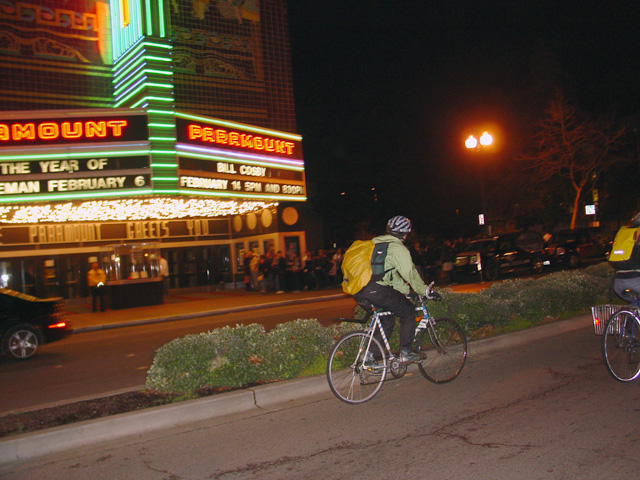 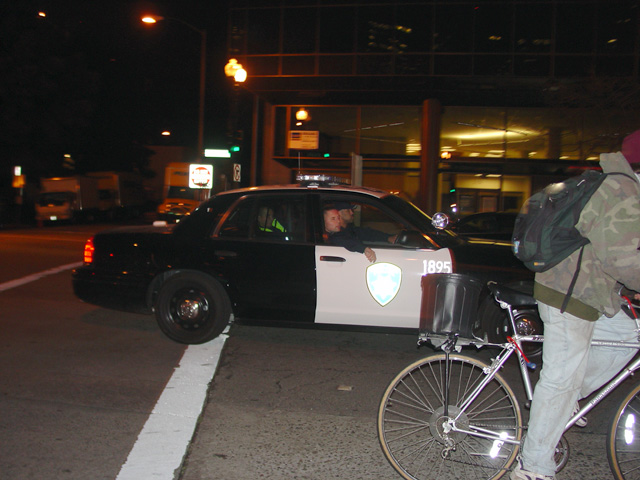 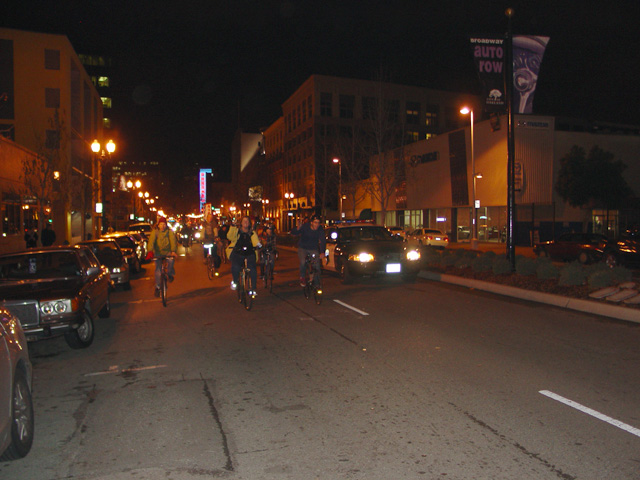 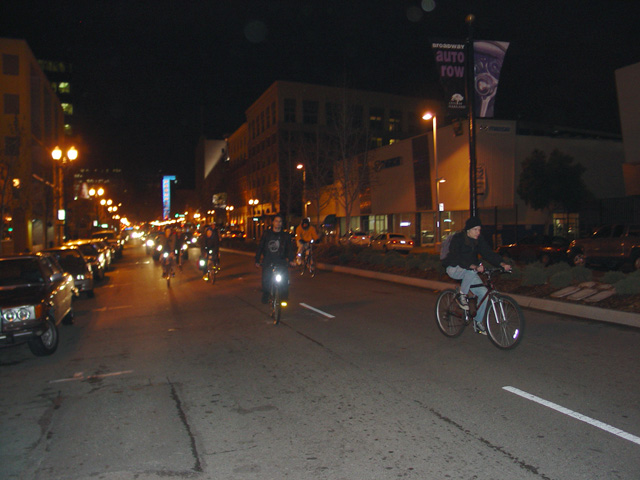 §Telegraph at 23rd, about to end the ride at the monthly Oakland Art Murmur street party
by dave id Saturday Feb 7th, 2009 4:12 PM 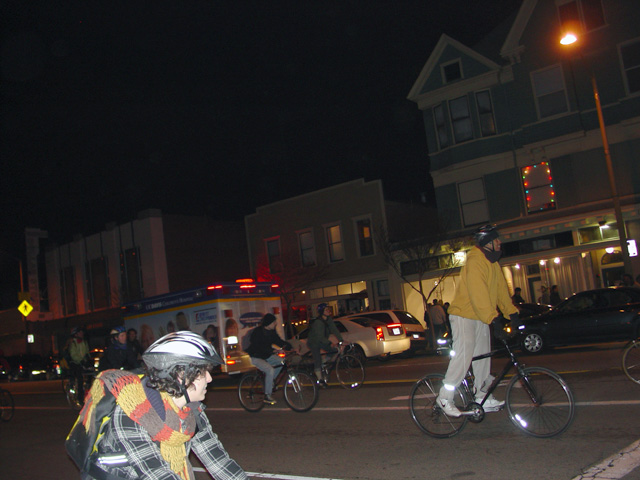 http://www.oaklandartmurmur.com
Add Your Comments
LATEST COMMENTS ABOUT THIS ARTICLE
Listed below are the latest comments about this post.
These comments are submitted anonymously by website visitors.