Add an Event
Newswire
Calendar
Features
Home
Donate
From the Open-Publishing Calendar
From the Open-Publishing Newswire
Indybay Feature
Publish to Newswire
Add an Event
Related Categories: East Bay | Police State & Prisons | Racial Justice
Oakland 100: Charges Dropped for 28 Misdemeanors Related to Oscar Grant Rebellion, 2/6/09: photos
by dave id
Friday Feb 6th, 2009 12:02 PM
Over 130 people have been arrested in connection with protests surrounding the murder of Oscar Grant III. This morning, the first arraignments were to be held for over 30 people charged with misdemeanors and felonies at the Wiley W. Manuel Courthouse in Oakland. Charges for 28 individuals charged with misdemeanors were dropped, while one person with a misdemeanor and two people with felonies are still facing their charges in court today. The next arraignments for those arrested in connection with the Oscar Grant Rebellion are February 9th, 13th, and 17th. The Oakland 100 Support Committee requests that supporters keep the pressure on until all charges are dropped. 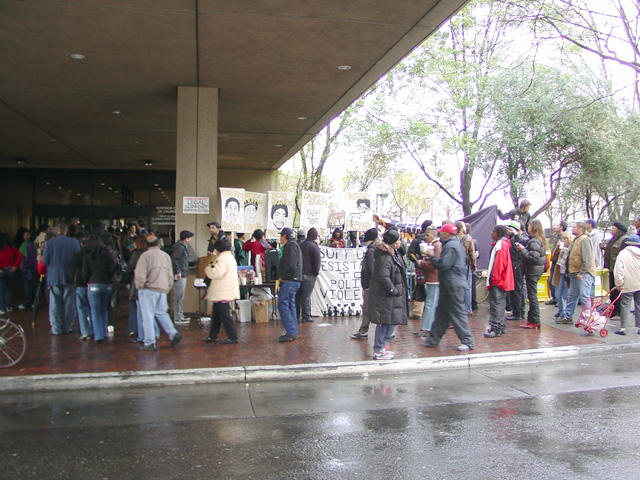 Sadly, the line to get into the courthouse this morning, most of whom were not appearing related to the Oscar Grant Rebellion, was so long that it stretched around the block and it took over an hour for everyone to get into the building.
http://www.indybay.org/newsitems/2009/02/0...
§Justice Sought for Gary King, Andrew Moppin, Oscar Grant, Casper Banjo, and Anita Gay
by dave id Friday Feb 6th, 2009 12:02 PM 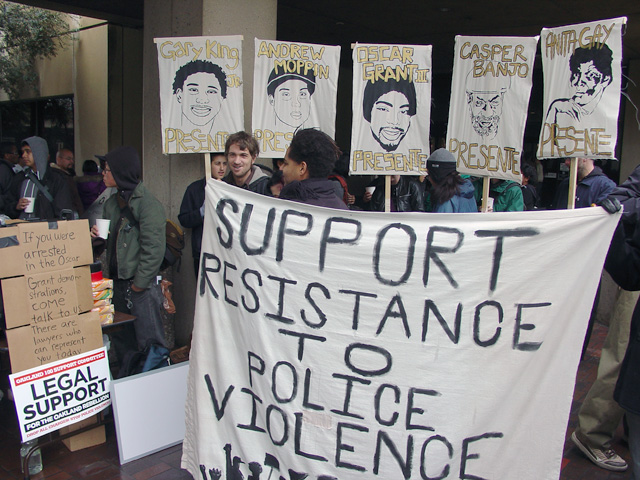 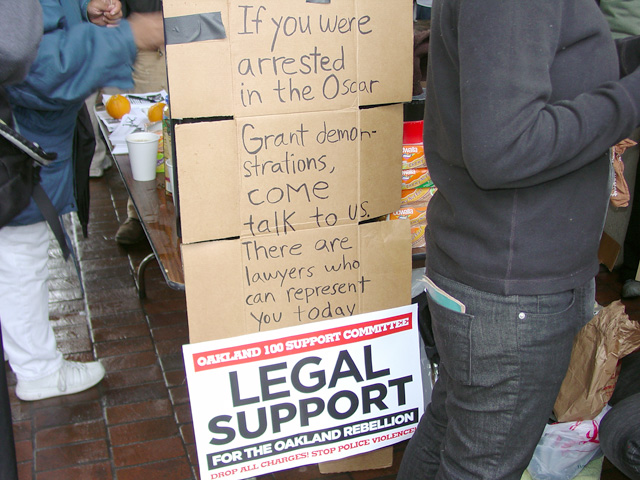 • Oakland 100 Support Committee
O100 is an all-volunteer group dedicated to connecting those facing charges with legal support, participating in a 'Drop the Charges' campaign, raising funds to assist arrestees and standing in solidarity with the larger movement against police violence. The group is composed of community members, arrestees, and allies.
oakland100 [at] gmail.com

• Critical Resistance
CR is a national grassroots organizations committed to ending society's use of prisons and policing as an answer to social problems.
http://www.criticalresistance.org

• National Lawyer's Guild San Francisco
Dedicated to the need for basic change in the structure of our political and economic system, we seek to unite the lawyers, law students, legal workers and jailhouse lawyers of America, to function as an effective political and social force in the service of the people, to the end that human rights shall be regarded as more sacred than property interests.
http://www.nlgsf.org
http://www.indybay.org/newsitems/2009/02/0...
§Support resistance to police violence
by dave id Friday Feb 6th, 2009 12:02 PM 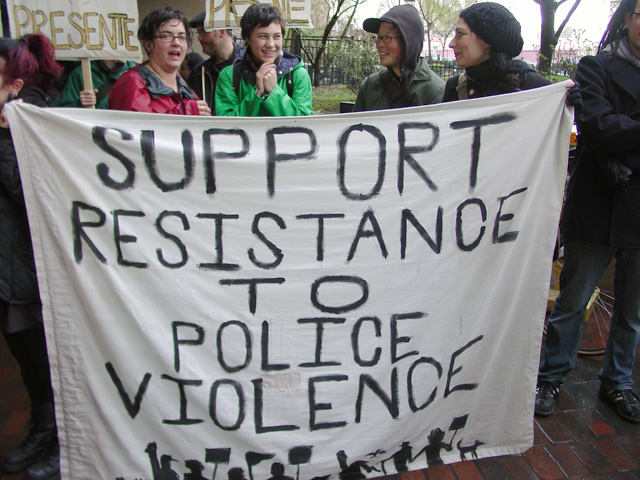 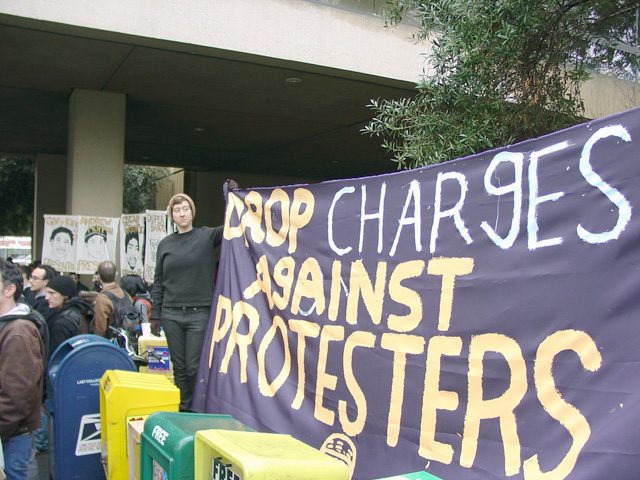 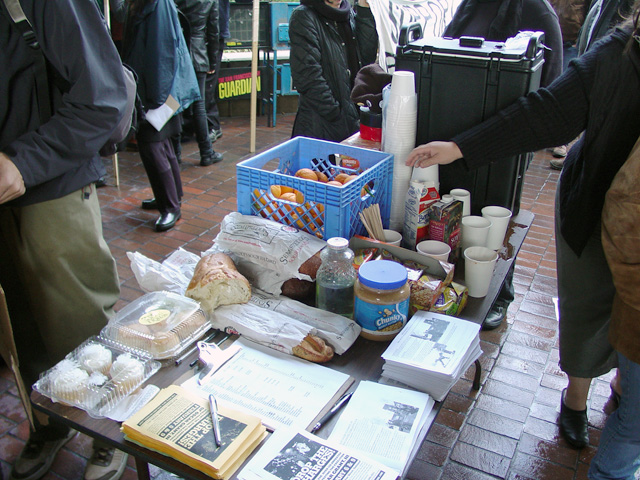 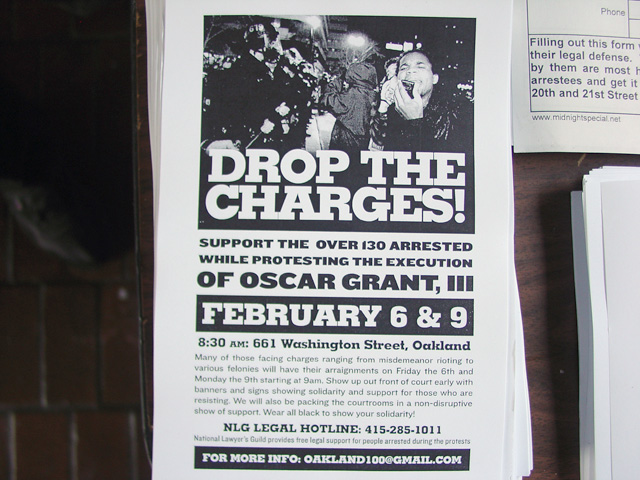 http://www.indybay.org/newsitems/2009/02/0...
§Oakland 100: NLG Explains Dropping of Charges for 28 Protesters Today, 2/6/09: video
by dave id Friday Feb 6th, 2009 7:50 PM
Video can be found at
http://www.indybay.org/newsitems/2009/02/0...
Add Your Comments
LATEST COMMENTS ABOUT THIS ARTICLE
Listed below are the latest comments about this post.
These comments are submitted anonymously by website visitors.