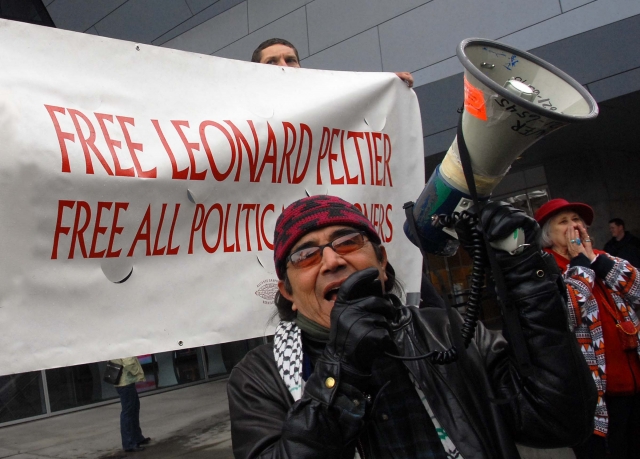 original image (2400x1722)
On short notice the American Indian community and their supporters came out in the rain today in San Francisco to protest this attack on Leonard Peltier. Family members of Leonard feel this cowardly assault was orchestrated by the FBI to prejudice his next parole hearing. Today's demonstration began at the new federal building and then marched to the Phillp Burton Federal Building. Tony Gonzalez, Director of AIM West, led a delegation inside to house leader Nancy Pelosi's office to demand a congressional hearing into the attack on Leonard and the policies of all federal prisons. To keep up to date on these developments contact AIM-West at 415-557-1492 or gazelbe [at] yahoo.com
§Free Leonard Peltier!
by Bill Hackwell Saturday Jan 24th, 2009 12:20 AM 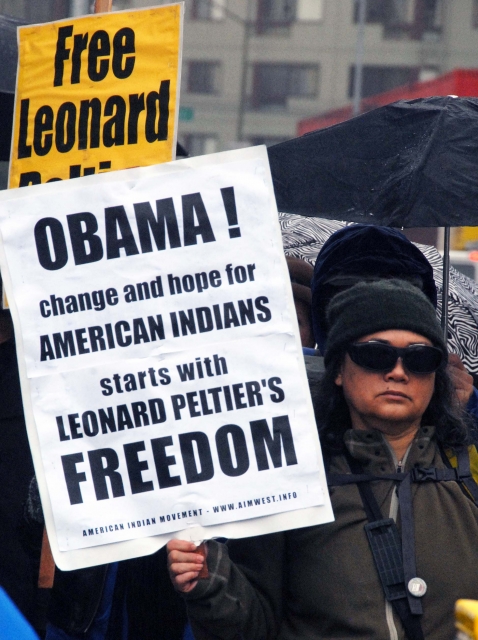 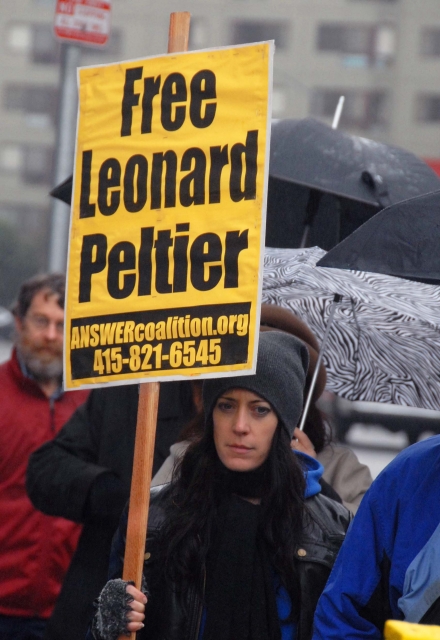 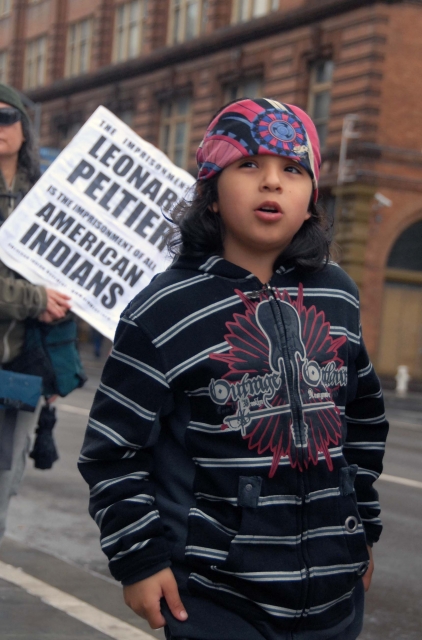 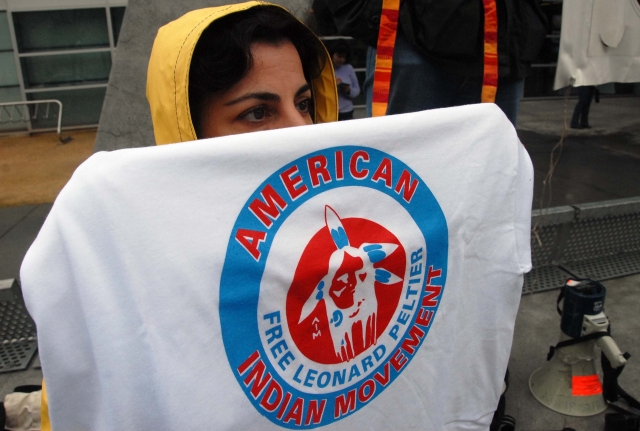 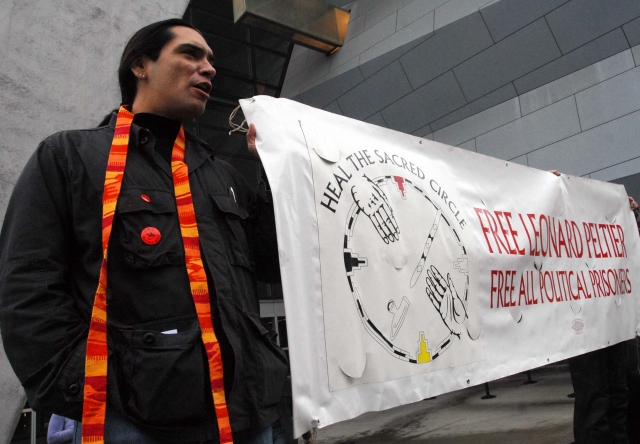 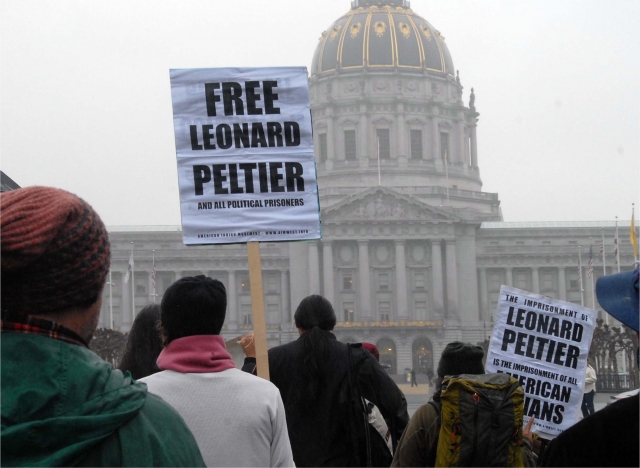 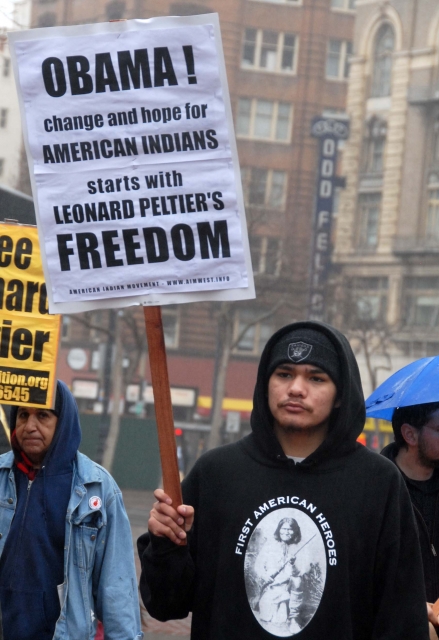 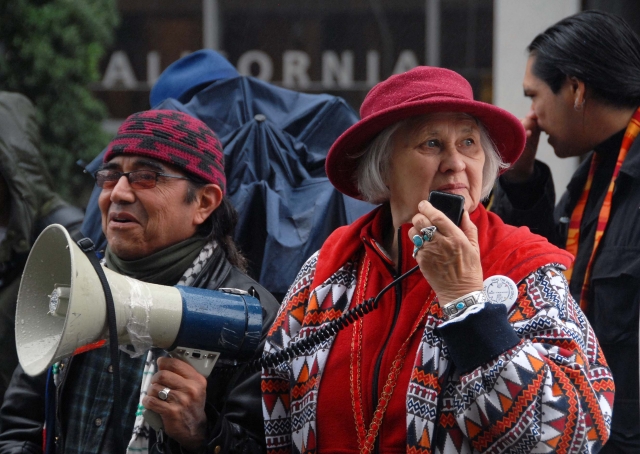 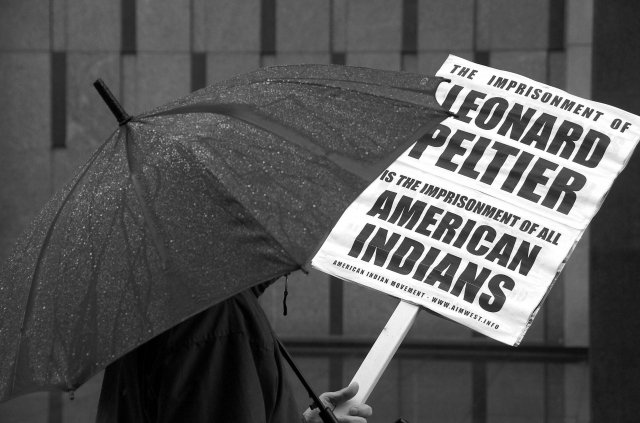 original image (2796x1848)
Add Your Comments
Support Independent Media
We are 100% volunteer and depend on your participation to sustain our efforts!