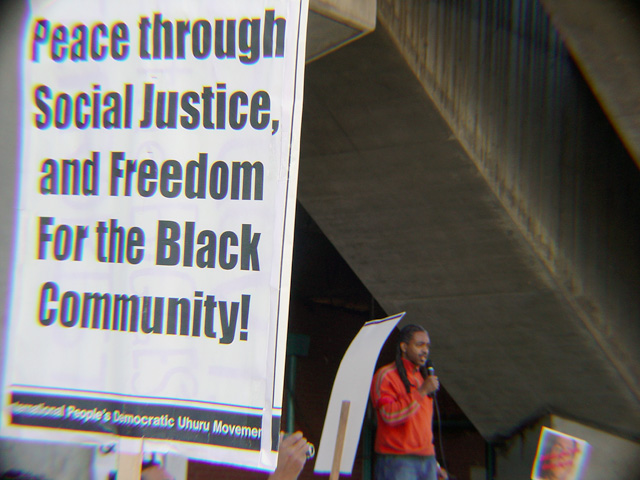 The march of a couple hundred people through West Oakland included a stop in front of the building that housed Marcus Garvey's headquarters at 8th Street and Chester and one at the site where Bakari Olatunji of the African People's Socialist Party said Huey P. Newton was murdered in 1989 on the sidewalk of 9th Street between Chester and Center Streets. The march came to Bobby Hutton Park where several speakers addressed the long history of police violence against African Americans in Oakland — including the murder of Li'l Bobby Hutton, and attacks against other Black Panthers and people of color. Every one expressed their determination to stop the police violence against the community through a variety of means. From there, the group marched back to West Oakland BART, where after a few more speakers the demonstration ended for the day. 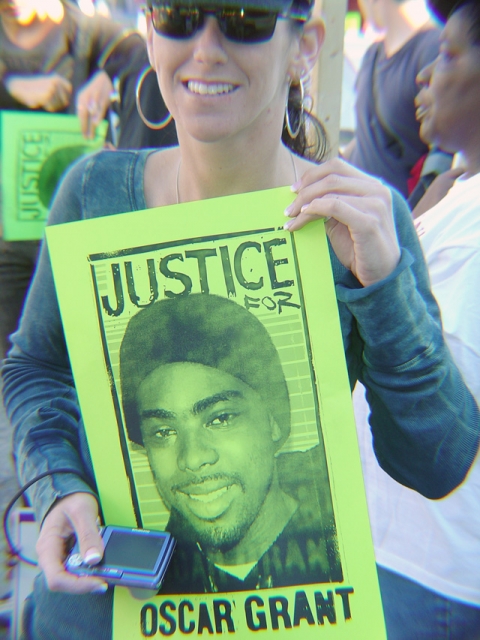 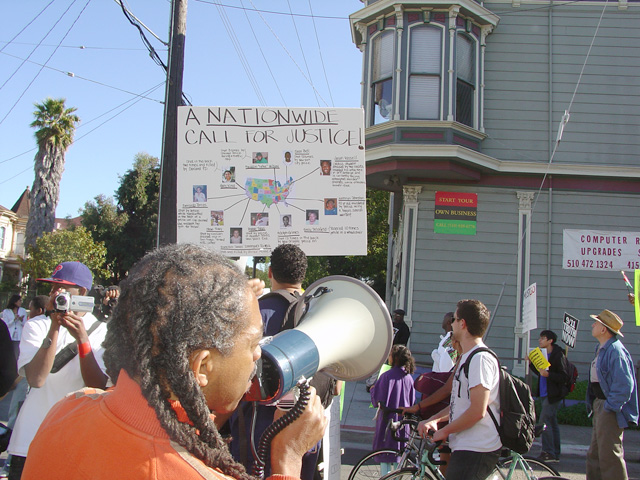 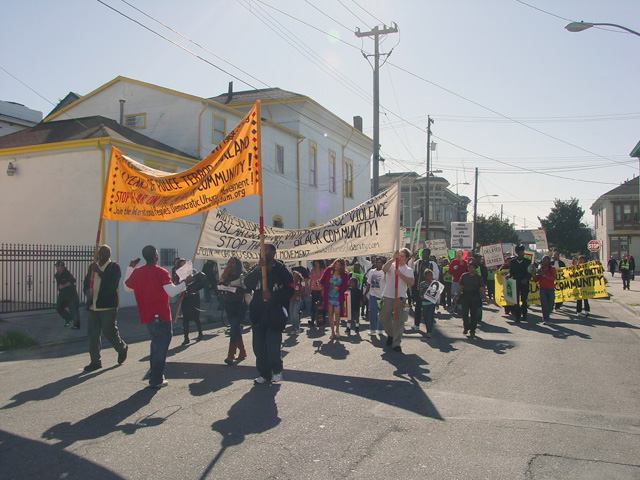 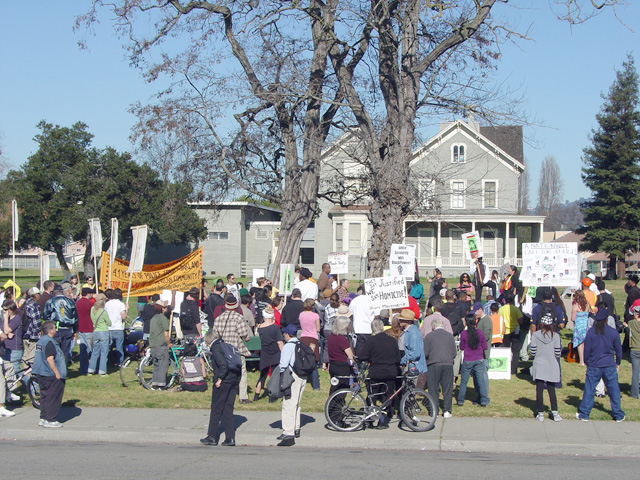 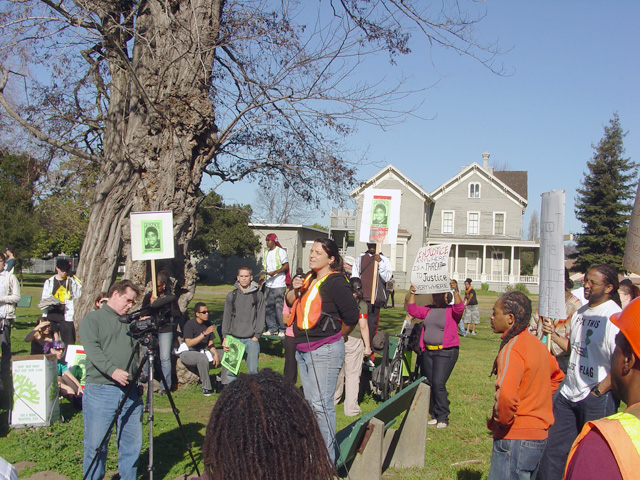 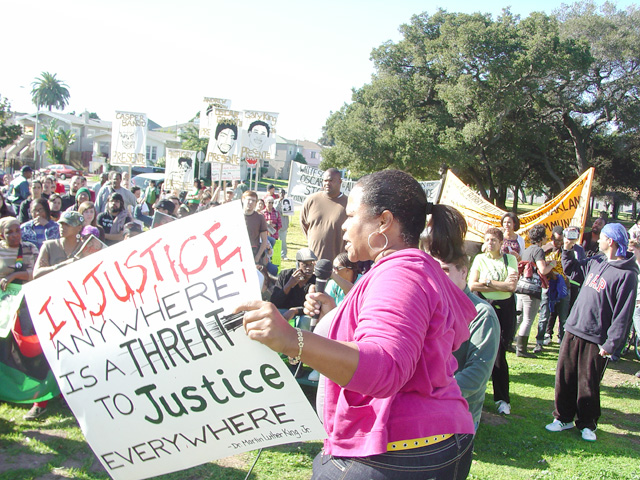 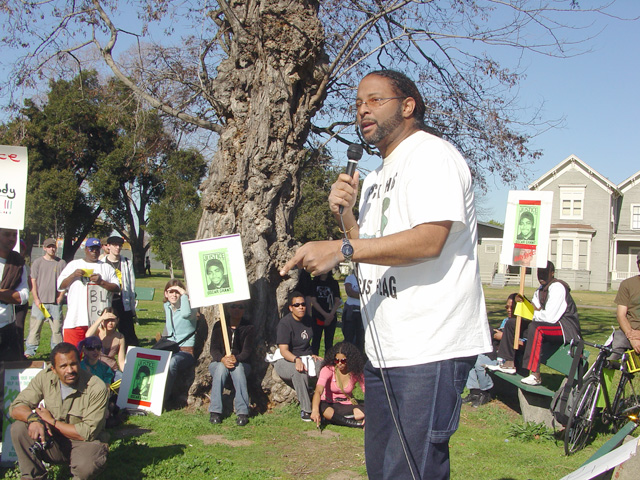 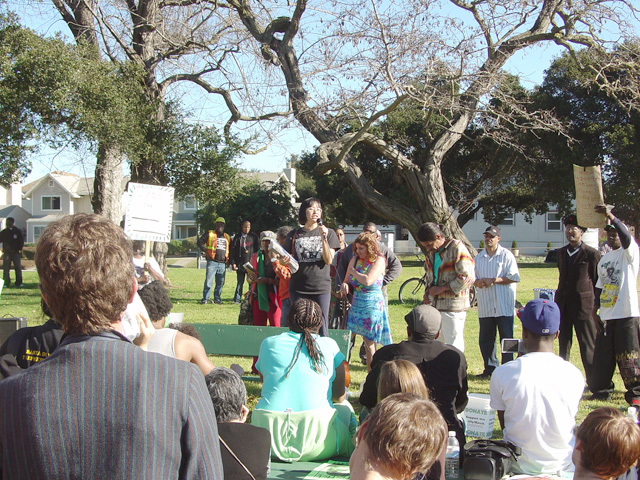 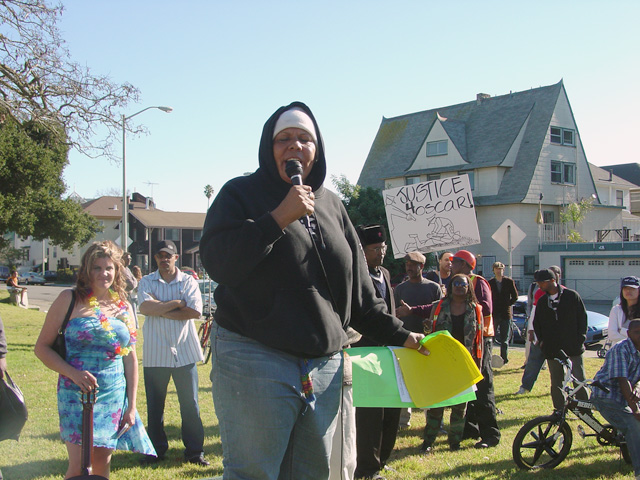 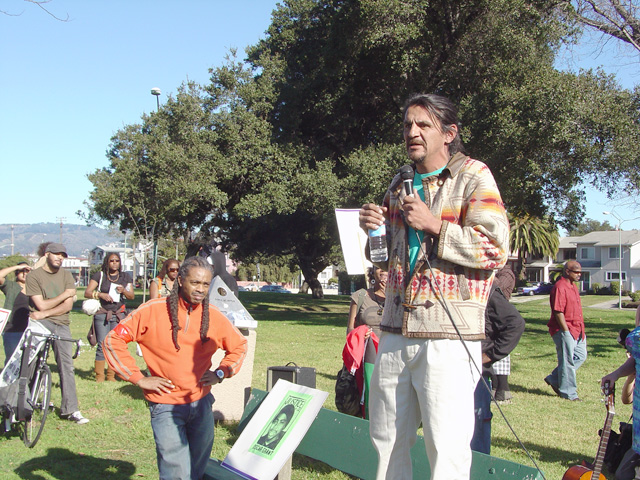 was active with the Berkeley tree sit, hit by rubber bullet at the Oscar Grant march on 8th and Madison on January 7th, and gave props to the youth on 14th Street who helped bring justice for Oscar Grant as the arrest likely would not have happened without authorities fearing more unrest
http://www.indybay.org/newsitems/2009/01/1...
§Tracy, Minister in the Black Panther Party
by dave id Friday Jan 23rd, 2009 10:44 PM 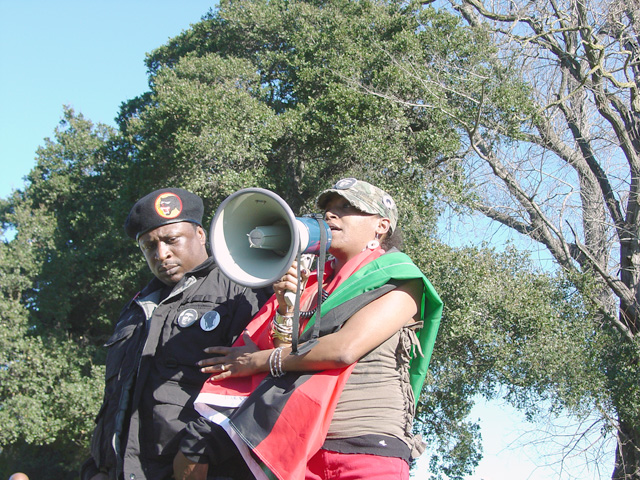 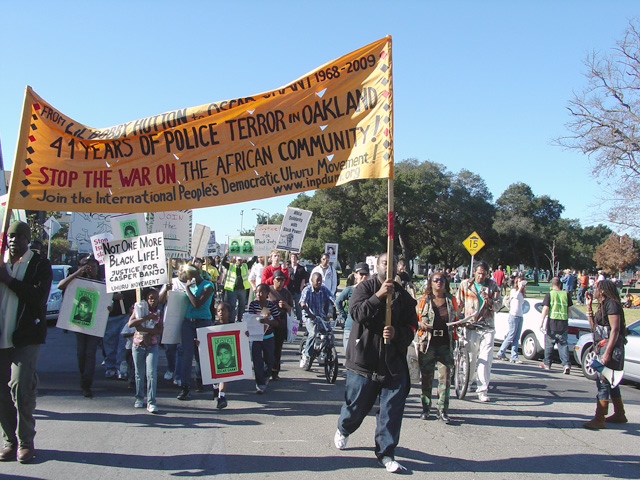 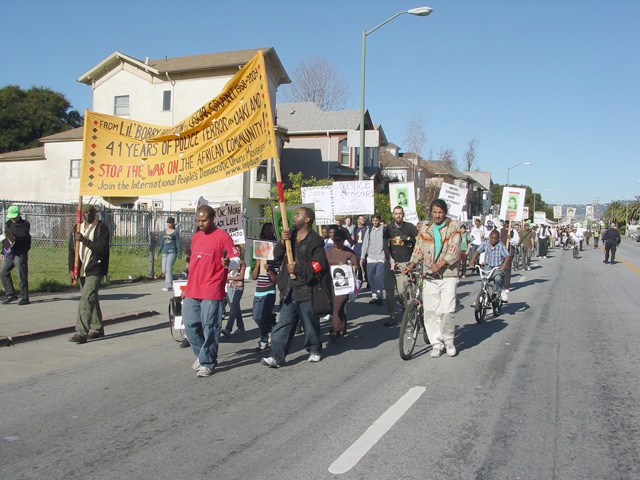 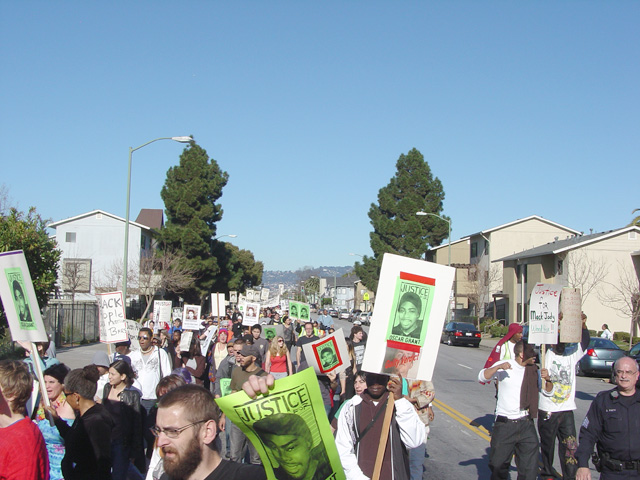 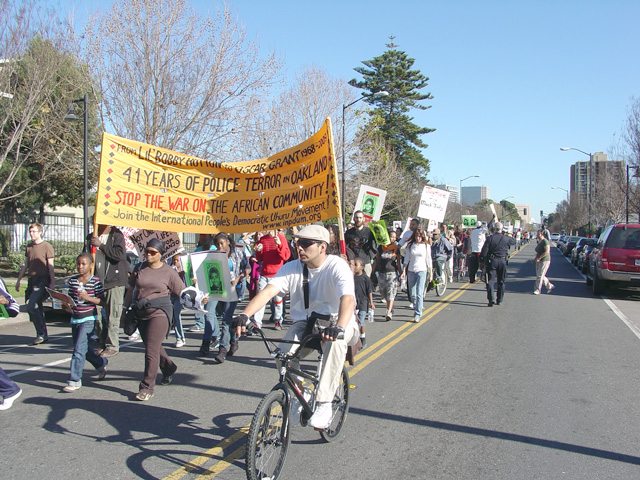 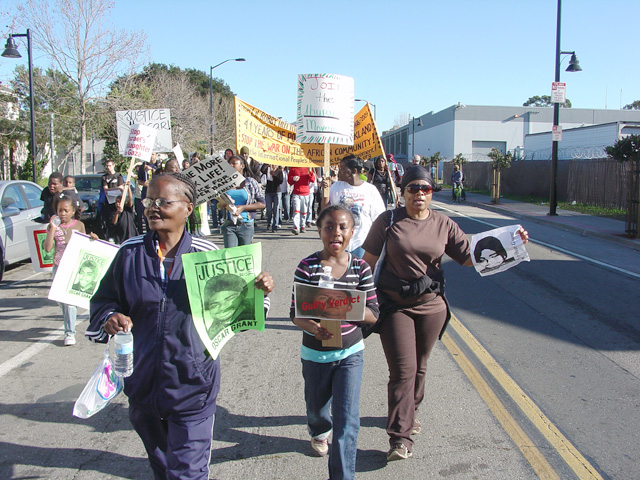 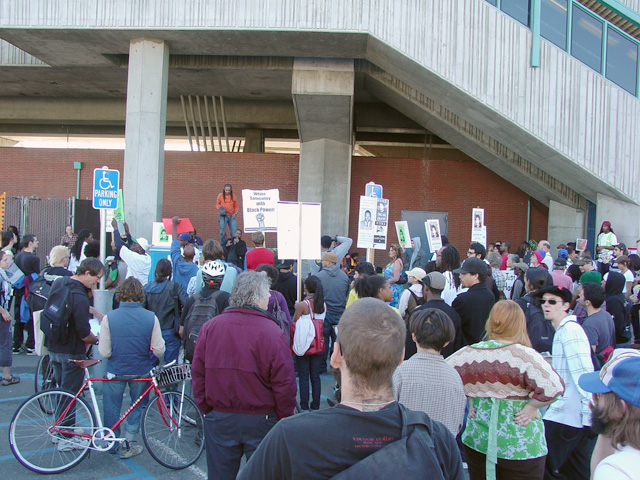 for more, see:
http://www.indybay.org/newsitems/2009/01/1...
Add Your Comments
LATEST COMMENTS ABOUT THIS ARTICLE
Listed below are the latest comments about this post.
These comments are submitted anonymously by website visitors.